Home to a young couple with two toddlers, this flat has an elongated orientation and lack windows on two sides of its perimeter. Despite its perceived layout limitations, it still feels open and spacious. Prior to the renovation, the flat comprised of compartmentalised series of spaces that felt isolated and enclosed. The kitchen and the living areas, in particular, were separated by a wall which Happe Design Atelier proposed to demolish to connect the social spaces of the home. 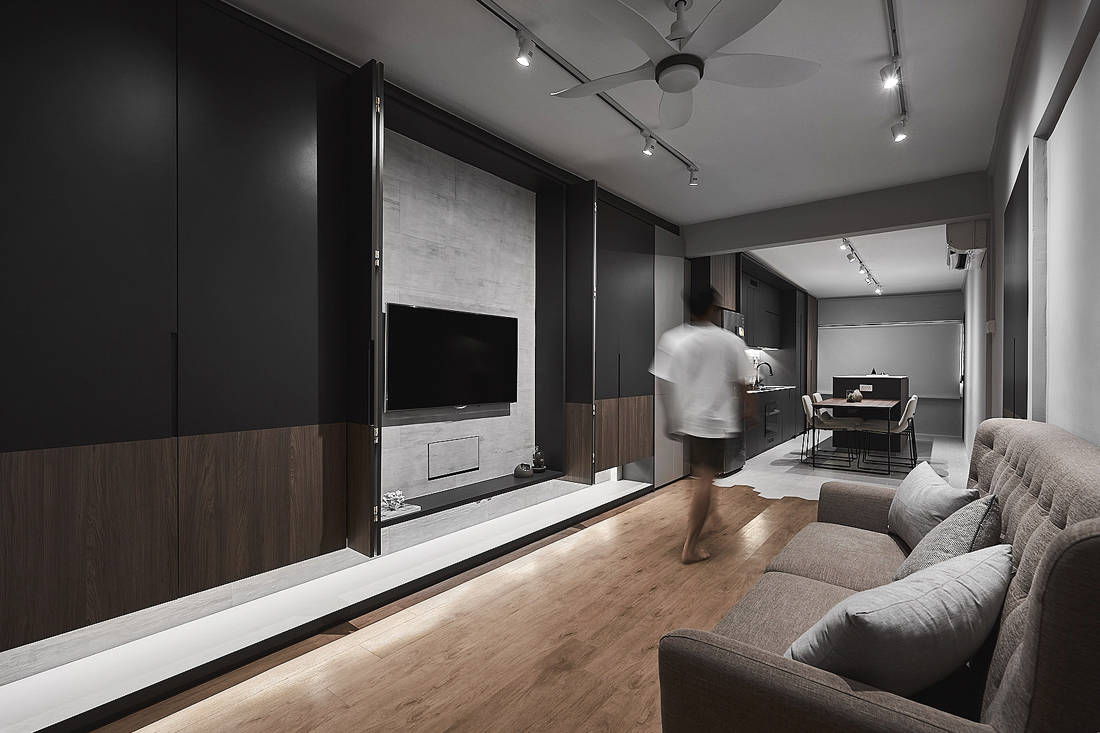 With the removal of the physical demarcations of the distinct areas of the home, the owners still wanted each room to retain its own character and feel like its own zone within the newly opened layout. David Chong of Happe Design Atelier resolved this request by juxtaposing contrasting flooring between the living and the kitchen areas. He then introduced accent materials within the two spaces to make them feel unified yet unique. 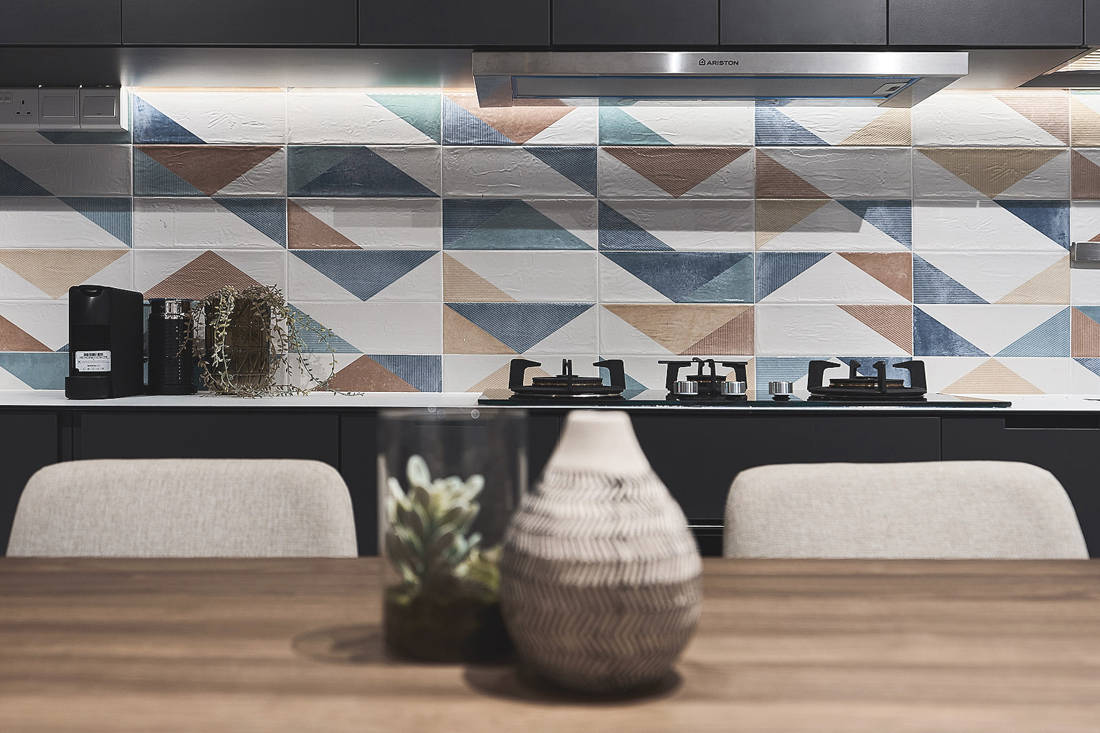 While the owners had differing opinions in terms of the material and colour palettes, David was able to appease both of their tastes by using a controlled overall palette of materials with playful accent features within each room. The interplay between cool and warm elements created some interesting contrasts within the space. The colourful kitchen backsplash brings a playful touch against the dark kitchen cabinetry and enliven the monochromatic space. Meanwhile, the living room finishes are additionally articulated against one another with textures and directional wood grains. 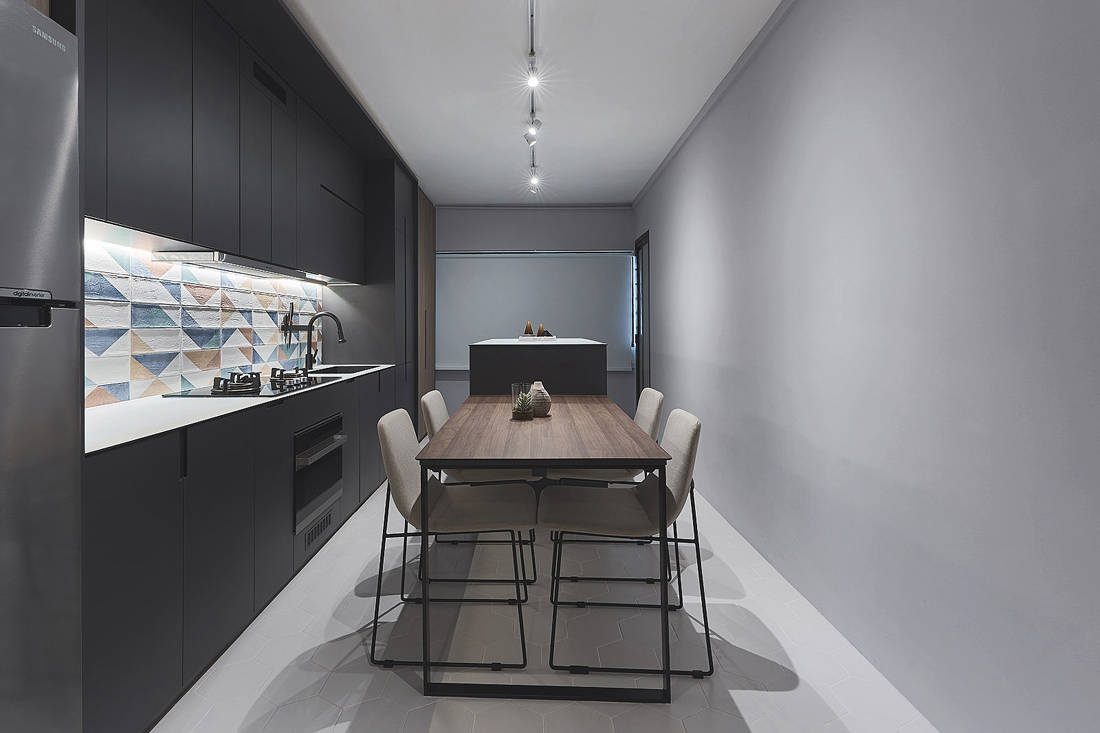 Given the elongated living and kitchen layout, unobtrusive storage solutions were essential to retain the overall feeling of openness while answering the owners’ request for ample storage space. “Instead of having a typical storeroom where you could dump everything, we designed an ‘activity-based’ storage cabinet,” says David. This meant that the planned storage space was divided based on the owners’ usual daily activities, making the living space versatile and easier to upkeep. 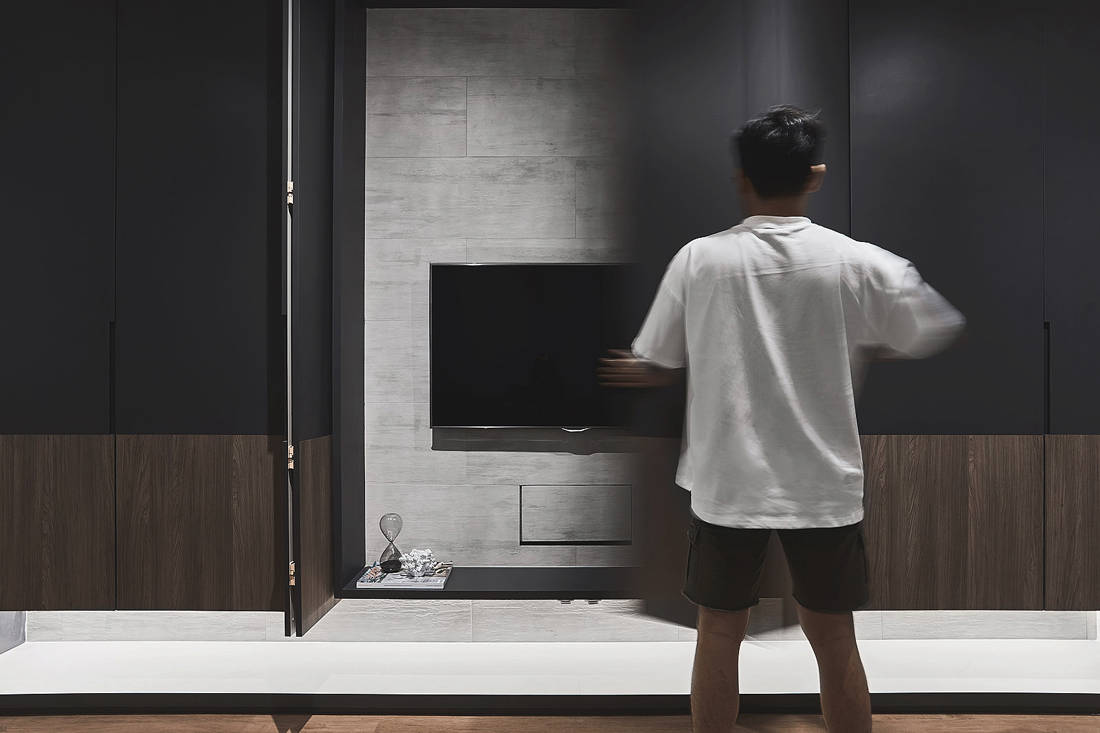 With this solution, the living room could convert into a social space, a gym room or a children’s corner, on demand. The couple’s gym cabinet stays hidden behind the cabinet doors on a wall-mounted Swedish ladder; bookshelves, toys, loose benches and foldable low tables for kids play can be tucked away with discretion until time for a purposeful reveal. 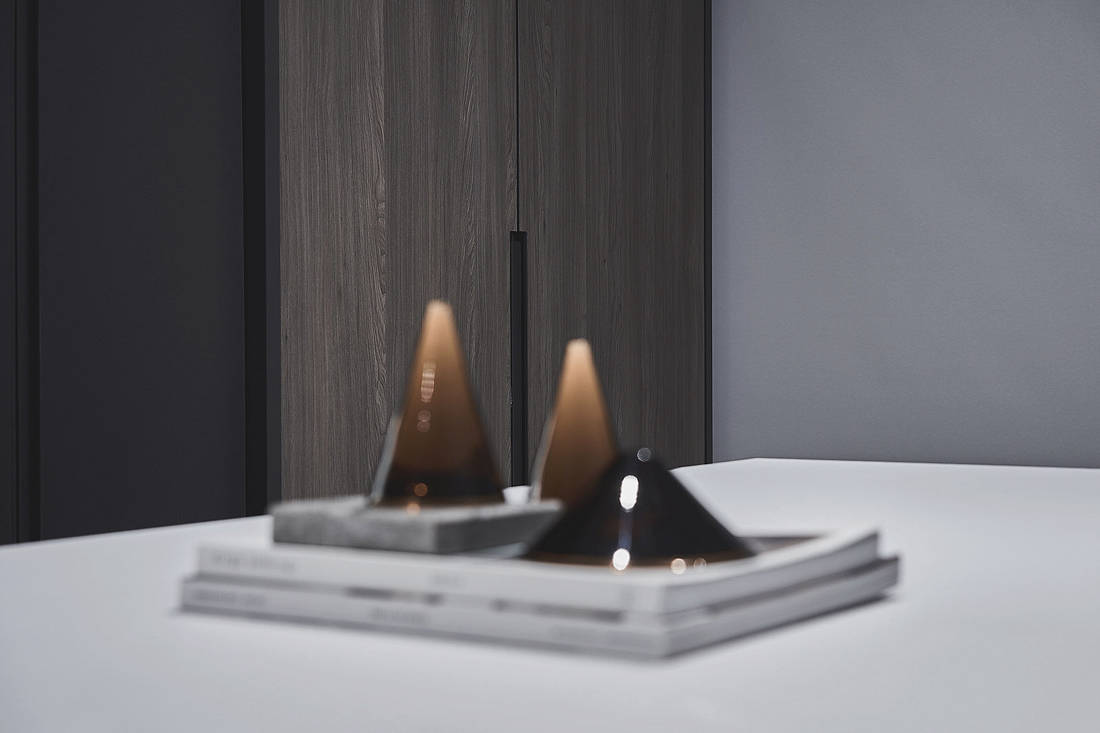 Mindful of the owners’ wishes to keep the public and private areas of the home separate from one another, the designer proposed a determinate segregation between the two via swivel doors to create an internal vestibule amongst the living area, master bedroom and children’s room. The resulting double set of doors became a sound buffer between the common and private zones for times when the owners want to have their or their children’s friends over.

Despite the immediate challenges of the flat, what could have been seen as a downgrade from the owners’ previous, larger home became a cleverly tailored solution to the family’s lifestyle. Turning disadvantages of the layout into unexpected opportunities, Happe Design Atelier worked wonders to transform the flat into a functional and cohesively connected unit – a true home for an active family.