Glenn Loh of D5 Studio Image embarks on the most significant project of his career – designing his own home.

Putting together someone else’s dream home is no simple feat. But it certainly involves less back-and-forth contemplation; the kind Glenn Loh was plagued with when he embarked on designing his first abode. With “too many designs coming to mind”, it was a challenge to stick to a single approach, admits Glenn. 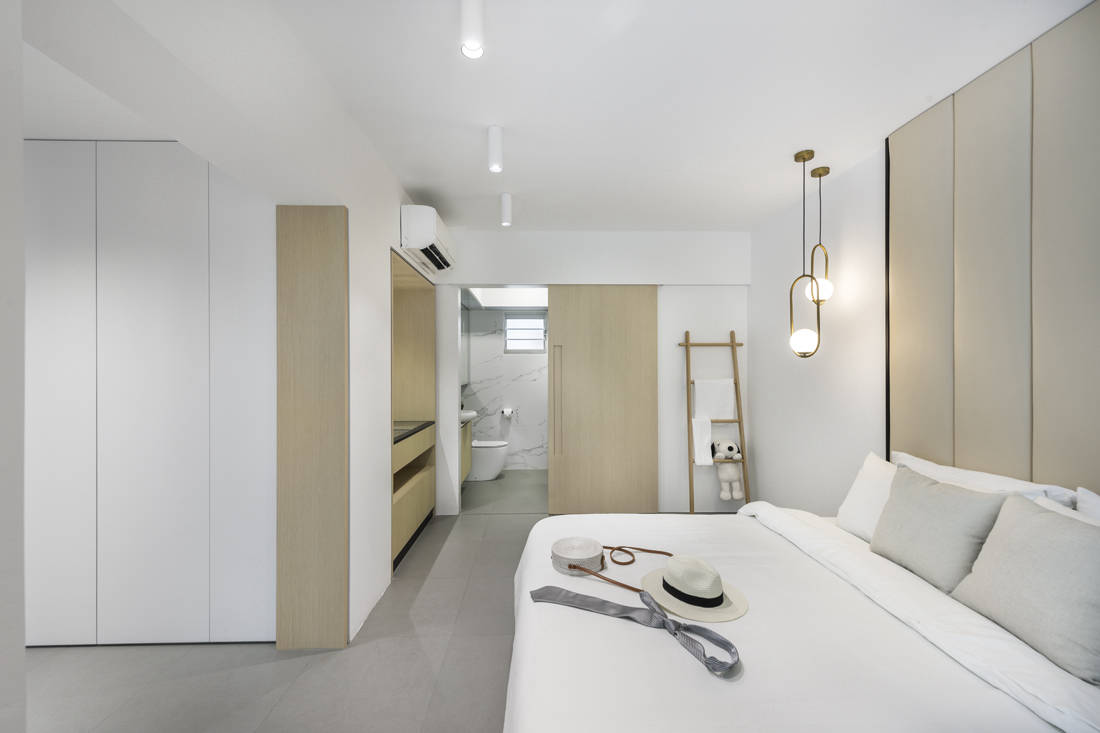 Eventually, the D5 Studio Image interior designer settled for a contemporary minimalist design scheme with an understated palette of white and light wood that runs throughout the apartment. As his wife had no major qualms about the direction of the design, he had absolute creative freedom.

A fan of the pared-down look, Glenn needed a space that not only inspires, but also lends a sense of calm and facilitates creative brainstorming. For him, a clear space begets a clear mind. As such, the first step he took was to knock down all the walls of the BTO unit and reconfigure the entire layout to suit a design inspired by chic studio apartments and boutique hotels. 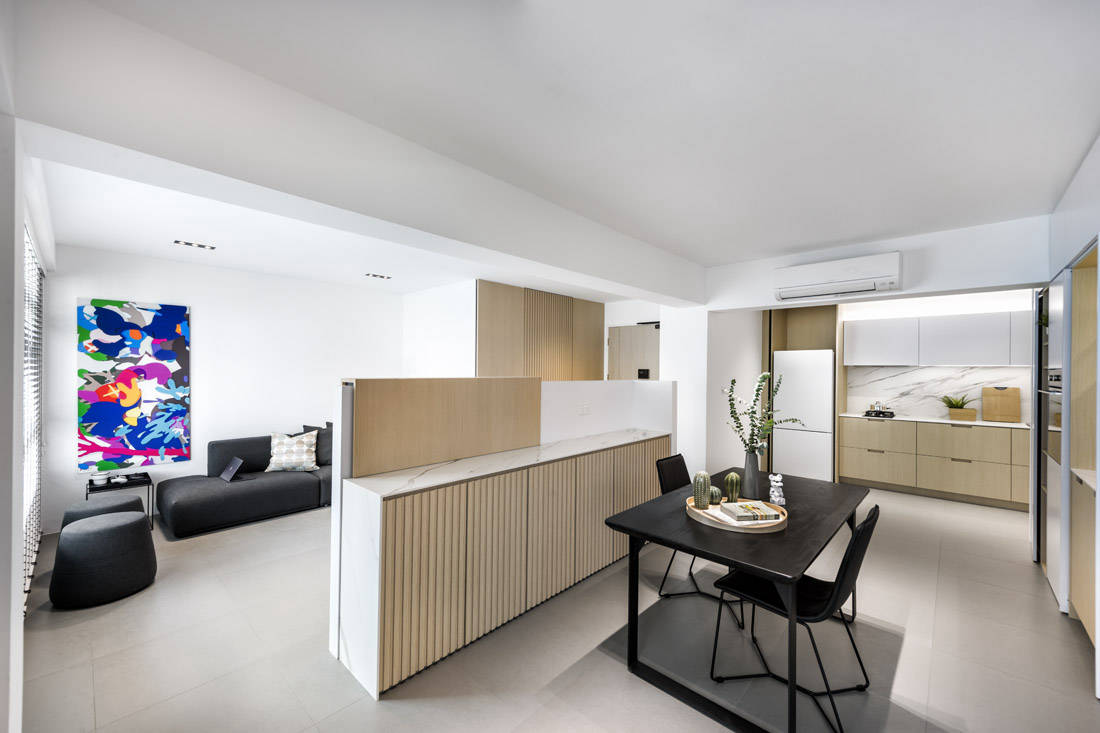 Starting with a blank canvas, he dreamt up an open-concept space for the common area. In place of a traditional TV feature wall, he built an island feature that serves as both a half-height partition between the living and dining areas, as well as a petite, space-saving TV console. This simple yet multifunctional centrepiece also includes storage cabinets, clad with wooden strips on one side of the island. 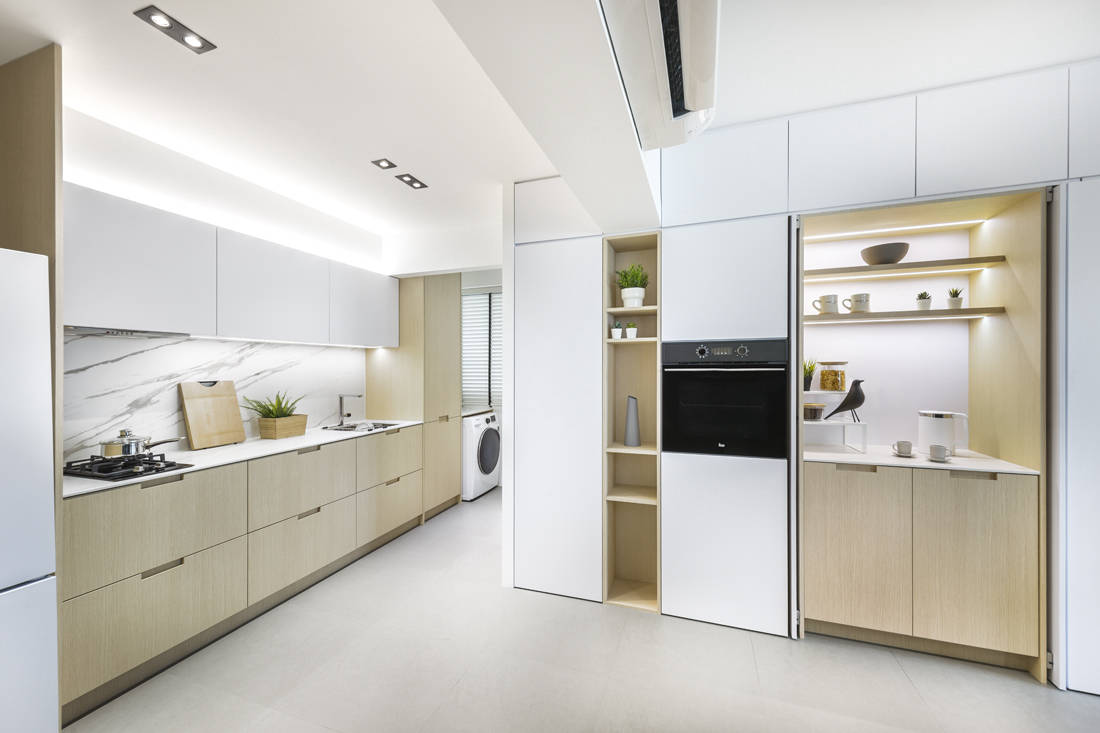 To maintain as slim a profile as possible, Glenn picked a 12mm-thick, marble-look porcelain top for the island, as opposed to the usual 15mm to 20mm-thick Quartz surfaces. The same material is used as a backsplash in the open kitchen. Similarly, the master bathroom features a white, marble-like accent wall composed of homogeneous tiles for visual continuity, advertently lending a tinge of luxury to the residence.

Bespoke carpentry features and concealed doorways keep the interiors visually pristine. The entrance to the household shelter, situated right next to the flat’s front door, is hidden behind flush wood panels. This camouflage technique is also apparent in the dining area where built-in storage opposite the island counter features a secret door to the common bathroom. Constructed around the ceiling beam, this floor-to-ceiling storage wall is where Glenn stows everything, including everyday appliances such as the rice cooker and air fryer. 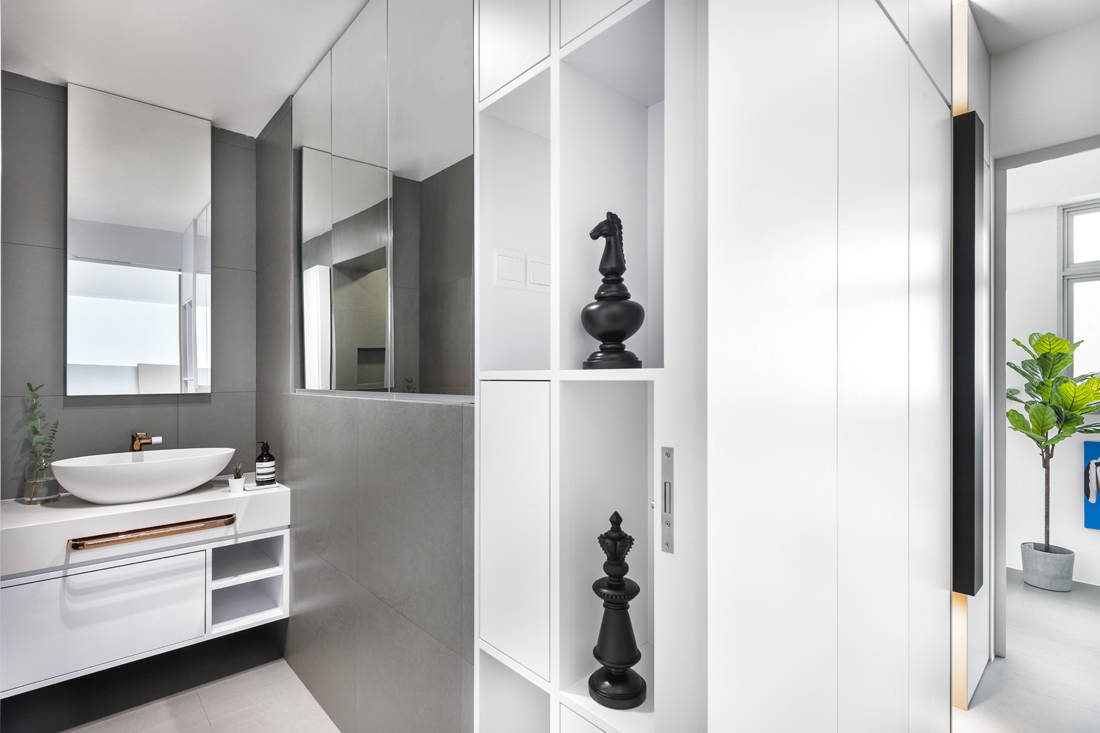 Open-shelf displays clad in light wood laminates, and a black lighting panel that illuminates at the top and bottom, stand out against the backdrop of white, closed cabinets, making sure to circumvent a one-dimensional design. In the common bathroom are more storage features as well as additional mirrors (besides the vanity counter) to optically open up the tiny space. 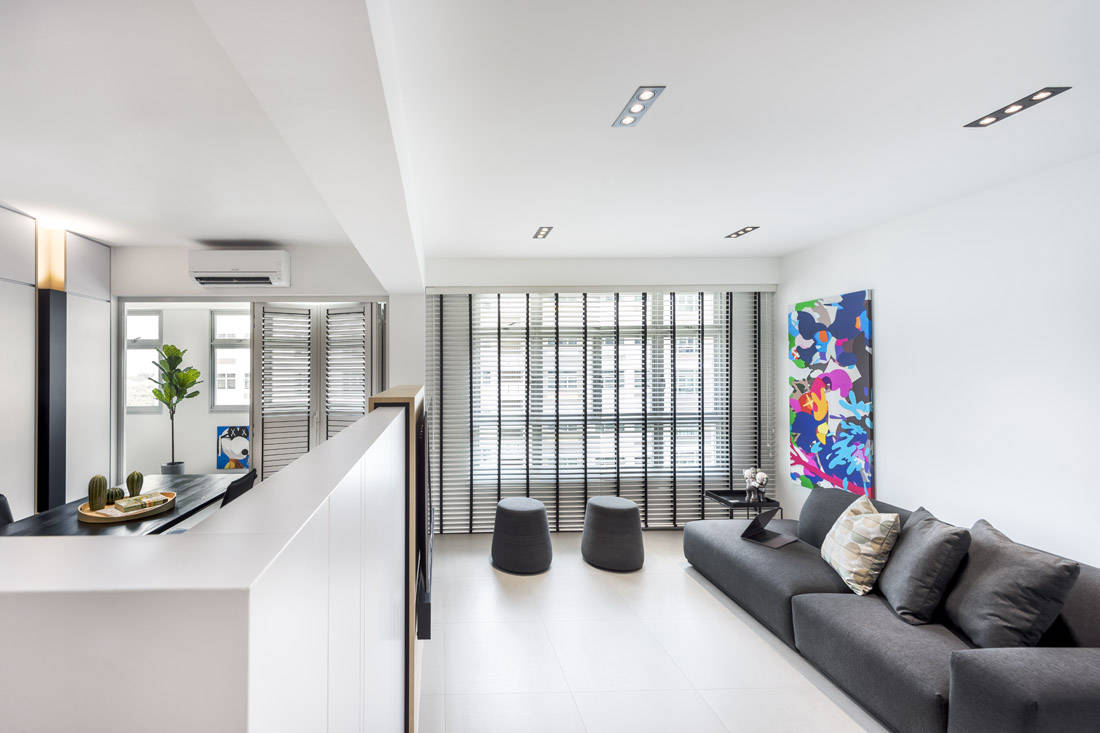 Ample natural light streams through the full-height blinds in the living room and further accentuates the airiness of the interiors. Beside it, Glenn installed matching bi-fold louvre doors that leads to a passageway – an ‘indoor balcony’ of sorts connected to the master bedroom. 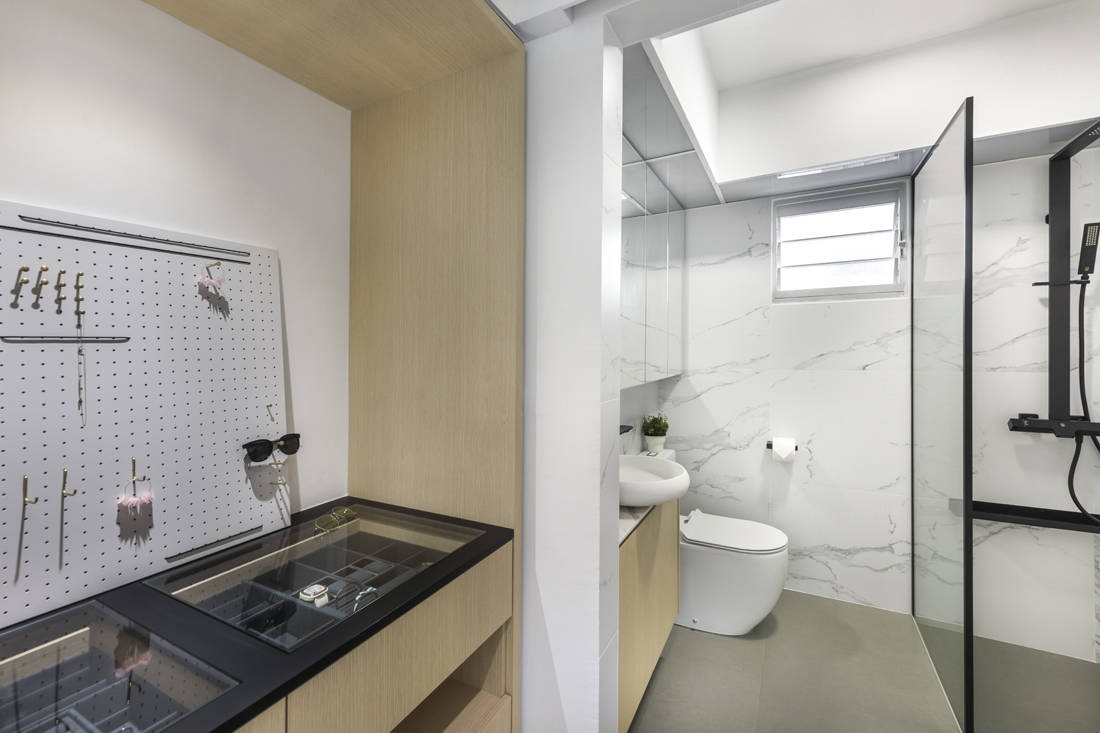 One of the things that’s long been on the couple’s wish list is a display case with a glass top to keep their jewellery and accessories. Their vision finally came to fruition. Paired with a peg board for shades and jewelleries, the accessory display sits in the corner of the master bedroom, and offers equal measures of convenience and elegance. It also features a light wood frame, which serves to unify the cabinet area. Along with the PVC leather headboard and the master bath’s wood-laminate sliding doors, these natural accents break the monotony of the stark space.