Once a room within one big, bourgeois house, this U-Shaped Room has become a grand little house in itself, thanks to a reimagining of space by Atelier tao+c.

A U-Shaped Room by Atelier tao+c has had many past lives. In its first and foremost (c1930s) it took pride of place, as the ballroom of one bourgeois family’s house in the former French Concession of Shanghai. Having since been lived in by a couple as a room within a share house for forty-odd years, the old ballroom has been granted a new life by Tao Liu and Chunyan Cai, co-founders of Atelier tao+c, as a house for themselves. 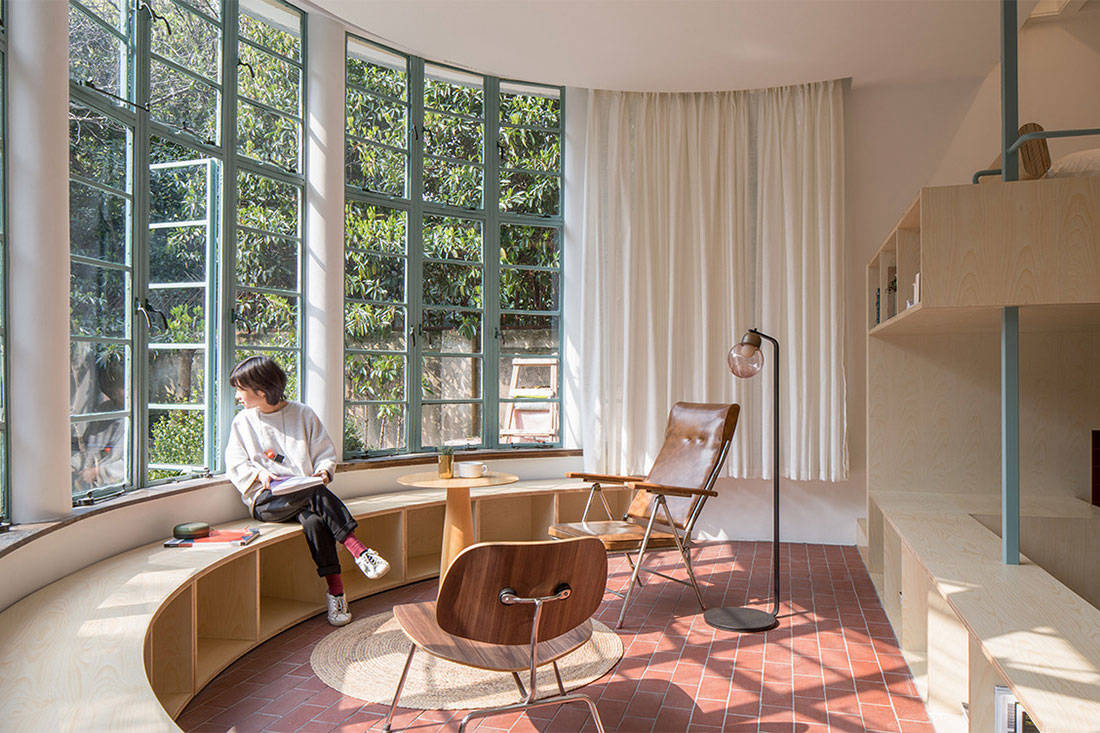 Despite the impracticalities of the U-Shaped Room that they took on – at just 42-square-metres it was tight, and without a kitchen or bathroom – the architects saw only the breathtaking bay window and plenty of potential. The crux of the design was to insert a substantial composition of maple ply joinery into the room, forming a free-standing internal structure transforming the single function space into one fully equipped for modern liveability. 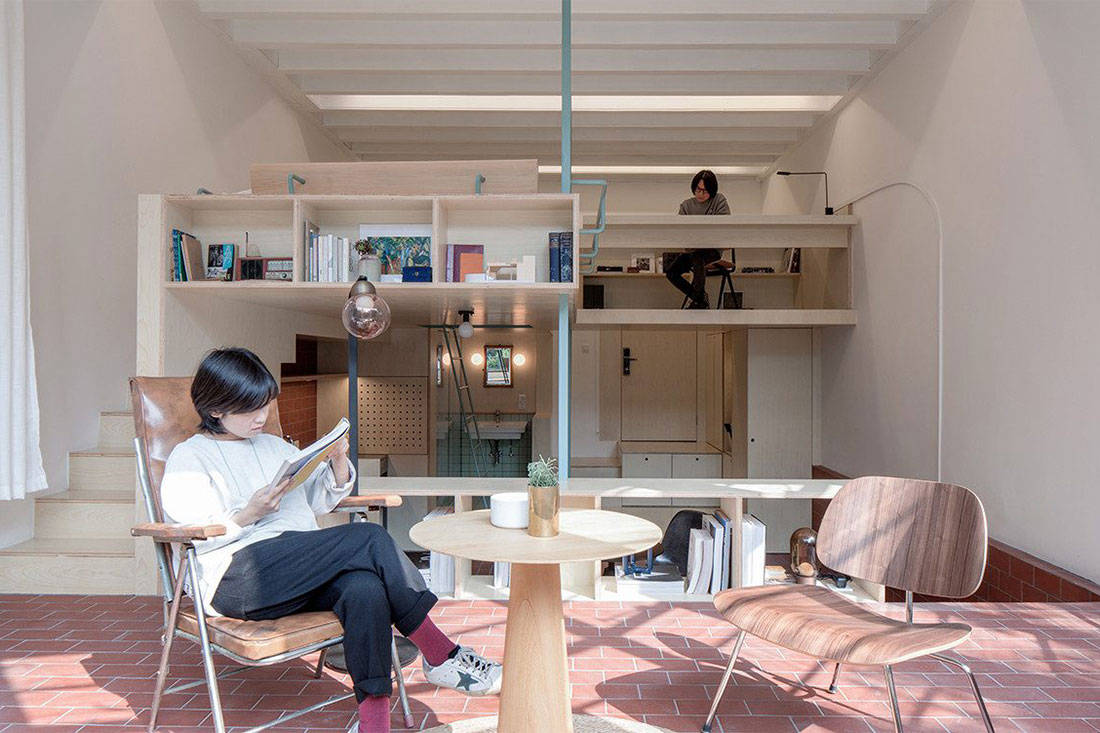 Like an exercise in micro-architecture itself, the plywood volume embeds all functional requirements – forming a mezzanine floor for the bedroom and study spaces, while housing a bathroom, wardrobe, kitchen and storage spaces below. Through a meticulous carving out of volumes and a layered composition, it creates a variety of niches and nooks that divide up activity spaces such as the dining and living rooms. 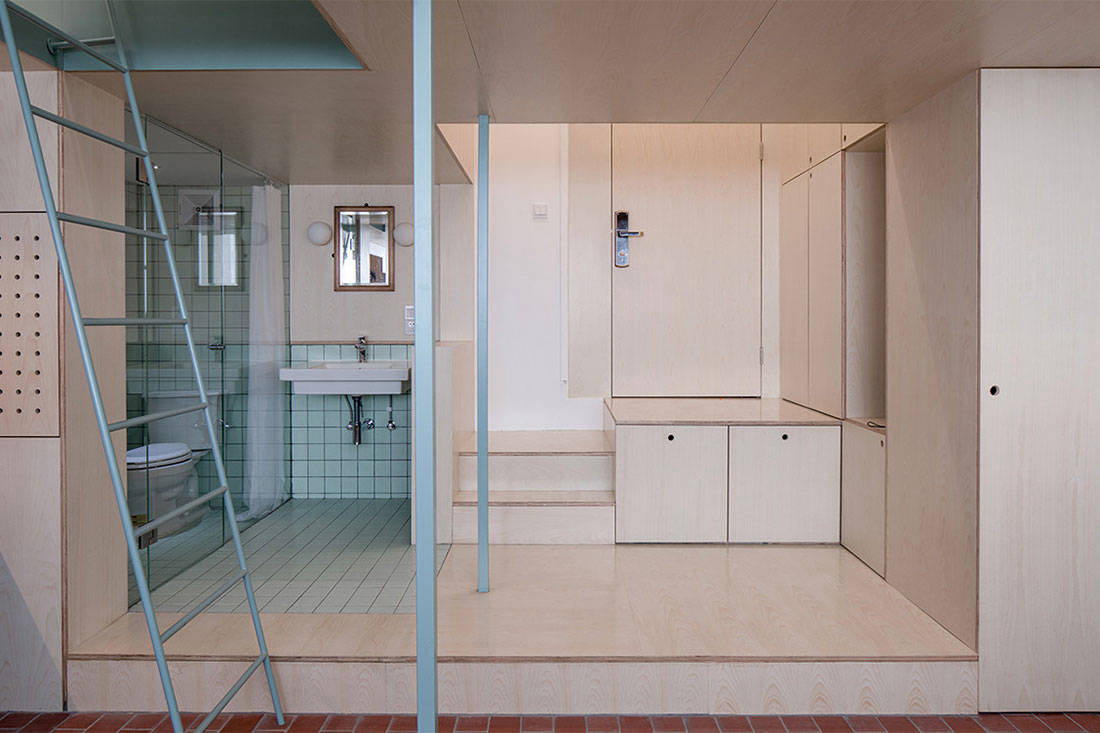 With the mattress embedded into a plinth of the mezzanine floor, the new sleeping quarters of the U-Shaped Room cantilever out over the kitchen area. Meanwhile, a desk and bookshelves are built into the corner of the entresol, forming a study space that occupies 4-square-metres. 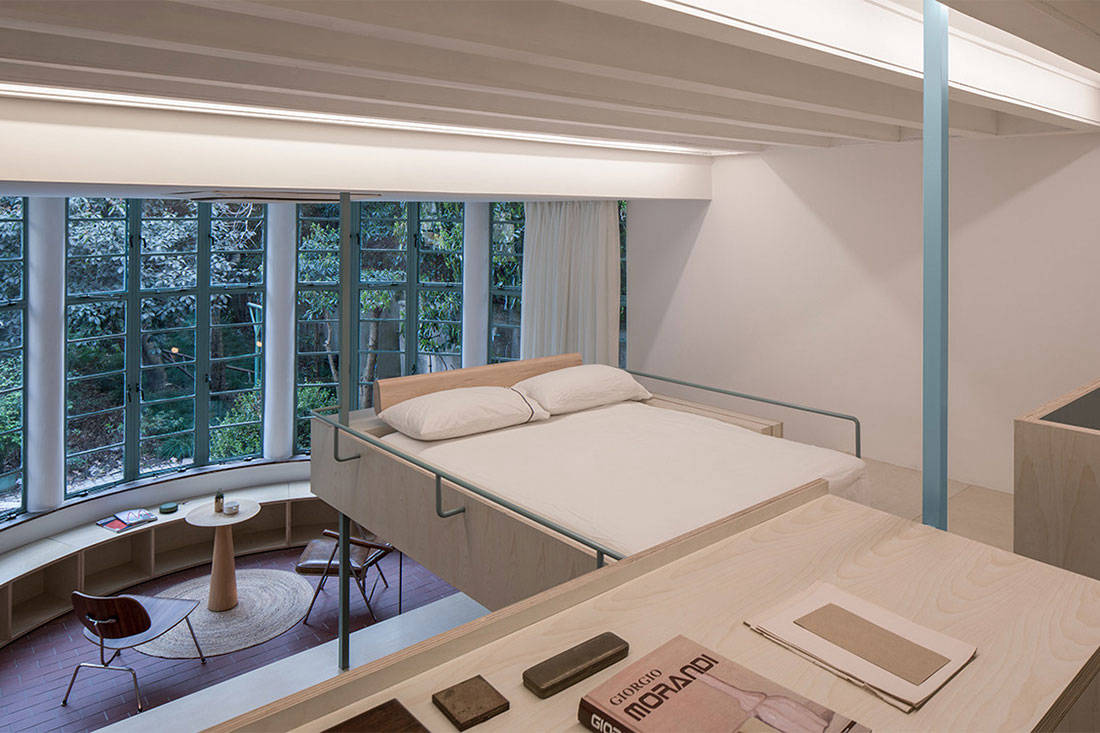 Characterised by its wall-less quality, the design leverages a variety of floor heights as a means of demarcating space. With the mezzanine level stopping short of the arc of the window, a double-height living volume takes centre stage. The result maximises on the light drawn into the space via the expansive bay window that overlooks the leafy back garden. Original terracotta tiling paves the ground floor and extends out into the garden, heralding a seamless connect between indoors and out. 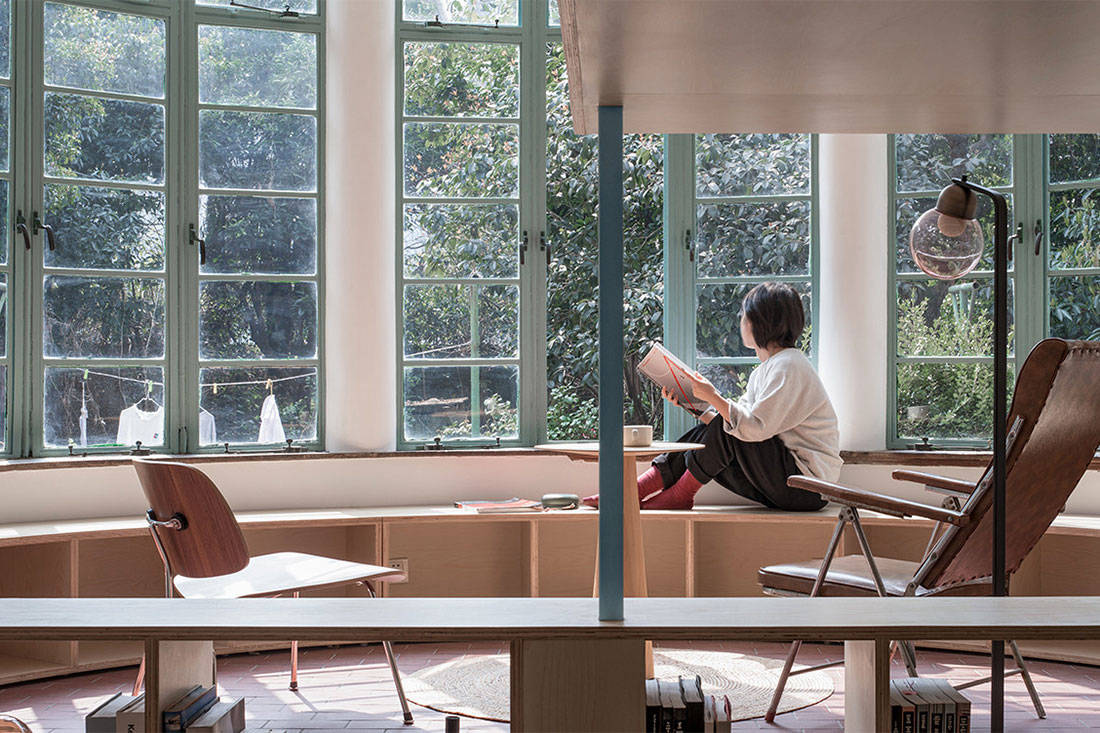 The addition of the mezzanine level has added a further 20-square-metres of floor area to the original 42, resulting in a house that, although quaint in proportions, feels expansive and is flooded with natural light. In this project, Atelier tao+c has pushed the boundaries of single room living, eloquently updating an outdated house for a new generation of residents.