Though this design strategy may seem counter productive at face value, this apartment shows that it yields positive result when done right.

When presented with a small footprint to work with, the immediate response would be to open up the space as much as possible by removing non-structural walls. But in this apartment located in Shenzhen, China, design director Zhang Yufan of GE Design, instead, added more ‘walls’. It was an unorthodox move, but one that proved successful in its idiosyncratic ways. 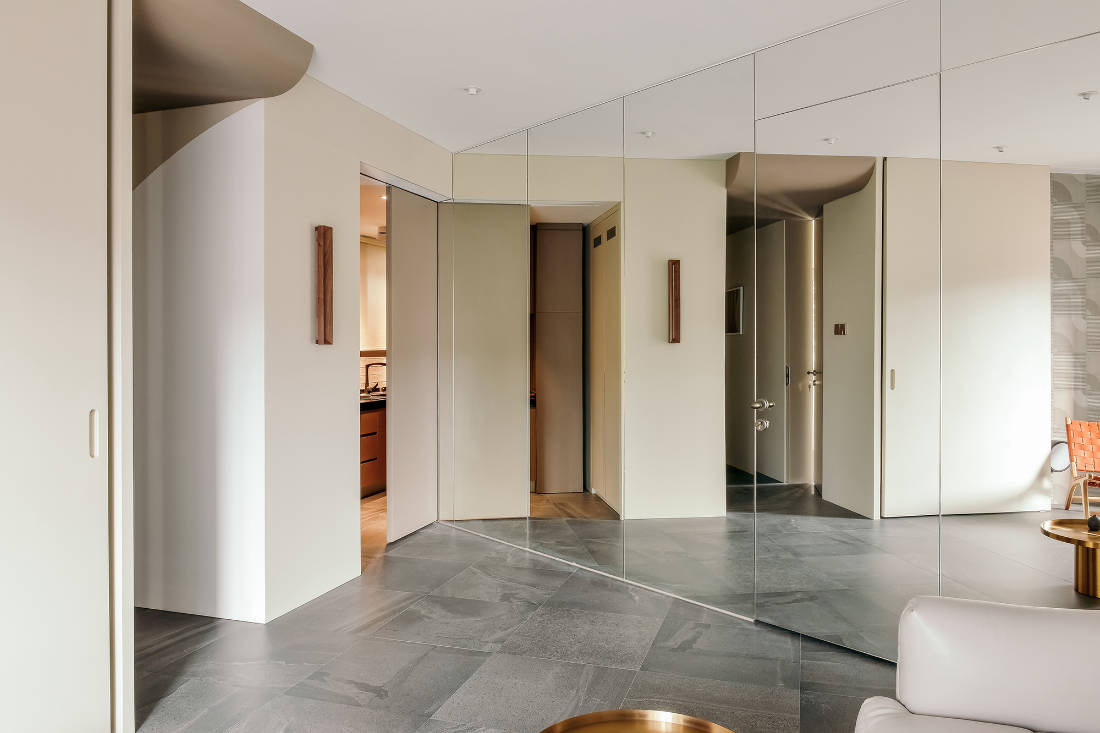 Measuring 925sqft, it is rather spacious for a bachelor living here. But considering that he would have a family and raise children in the future, Zhang Yufan did not design the interior as a single apartment, but kept the builder’s original layout as a three-bedder. “I set aside a cloakroom for his future wife, and installed mirror-closet system between the living room and dining room, which could be used to store personal belongings, as well as children’s toys, books and clothings,” shares Zhang Yufan of her design approach. 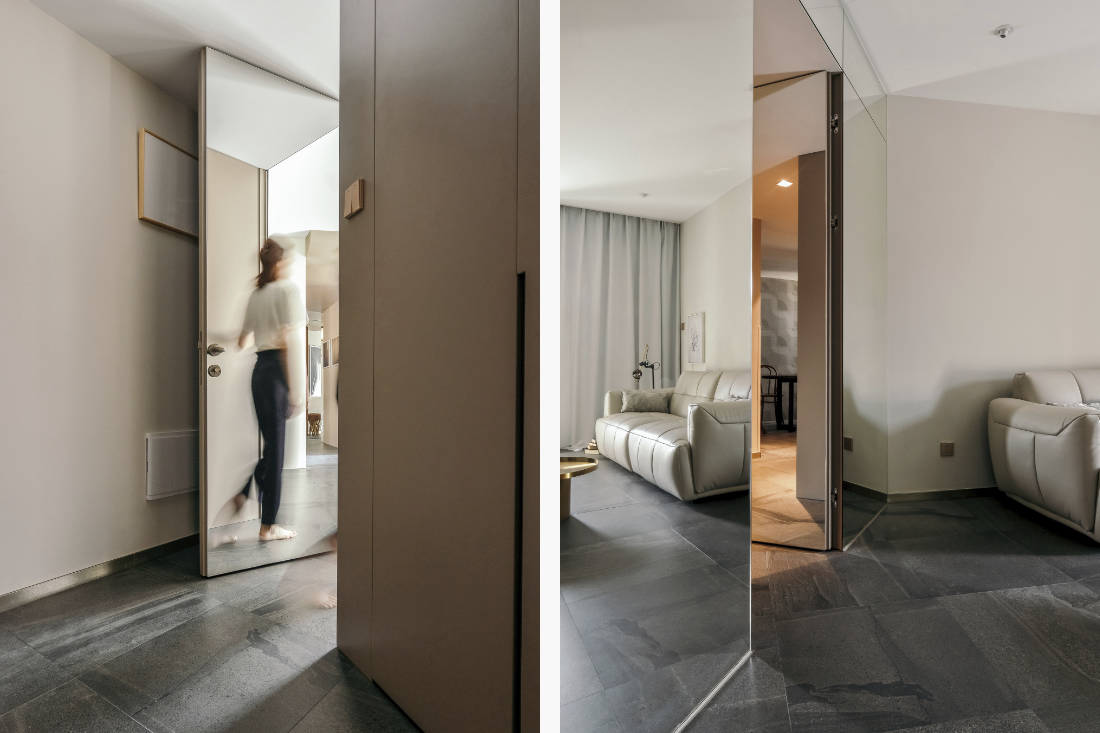 The addition of a floor-to-ceiling system that essentially functions as a wall or divider, provides additional storage space in an unconventional manner. Yet, this simple manoeuvre alters the apartment’s overall layout significantly by redefining the relationship between spaces and creates a portal to an alternate reality, so to speak, the moment one enters the residence. 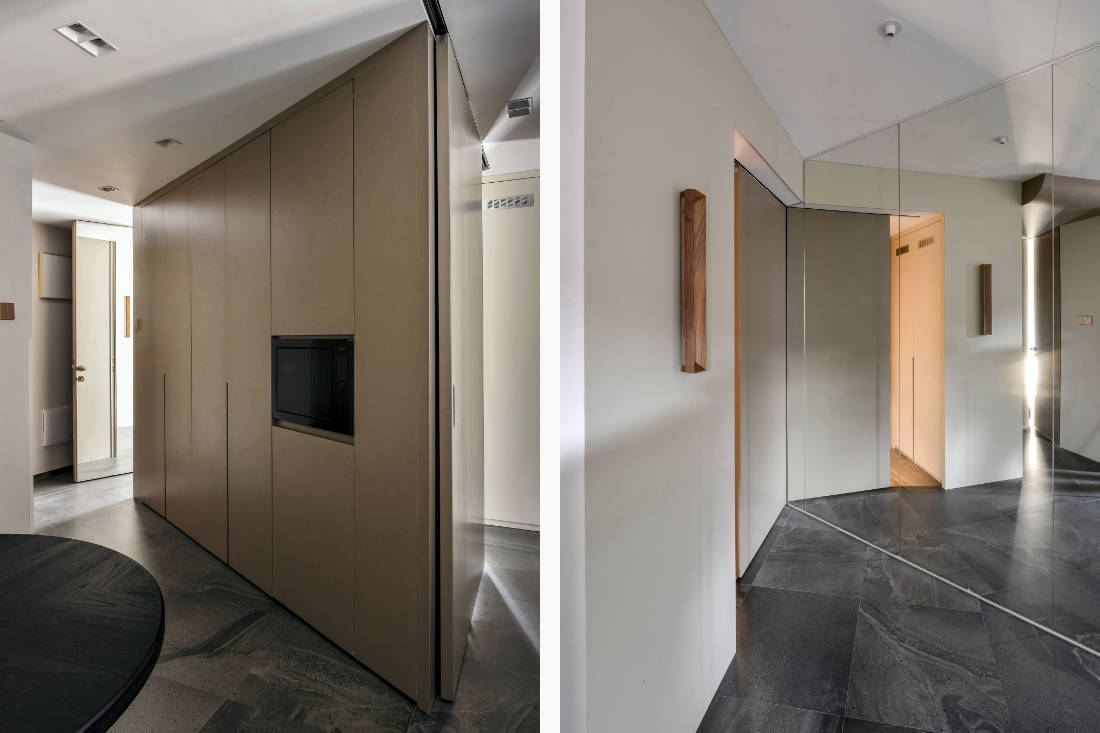 This is made possible by cladding one side of the system with mirrors while the other consists of closet doors. While the system itself isn’t a novel idea, the way it is arranged at an angle between two different areas to expand space and reflect light into the deeper part of the residence definitely is – an ingenious one if I might add. 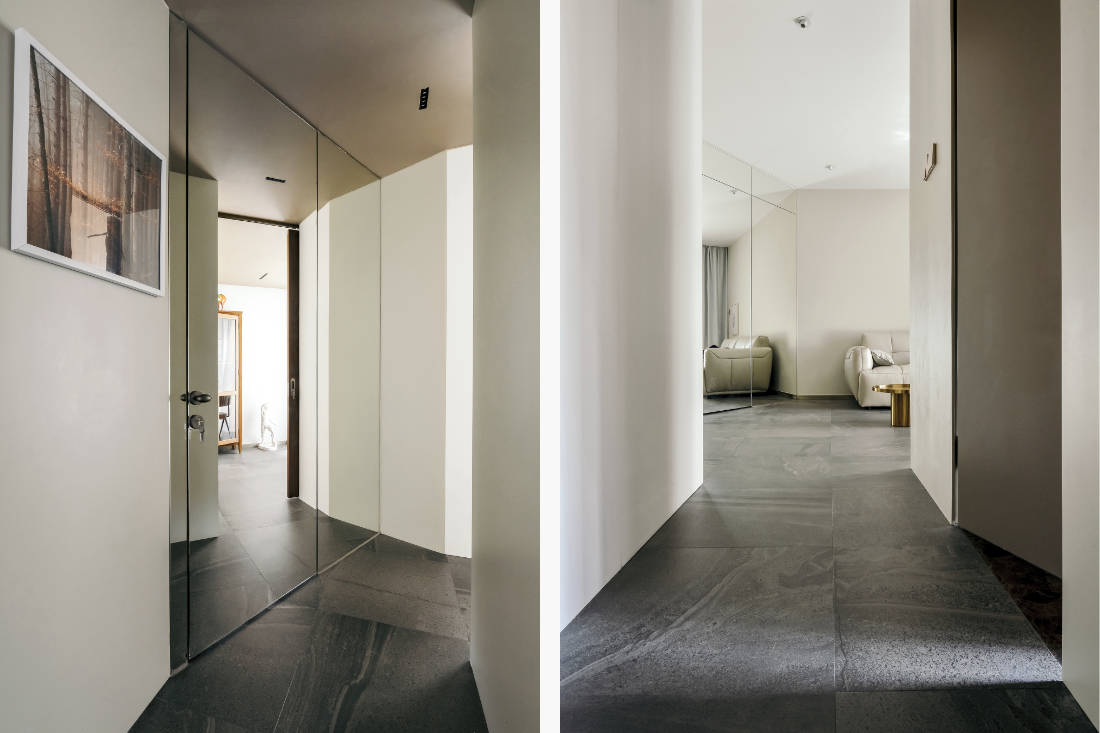 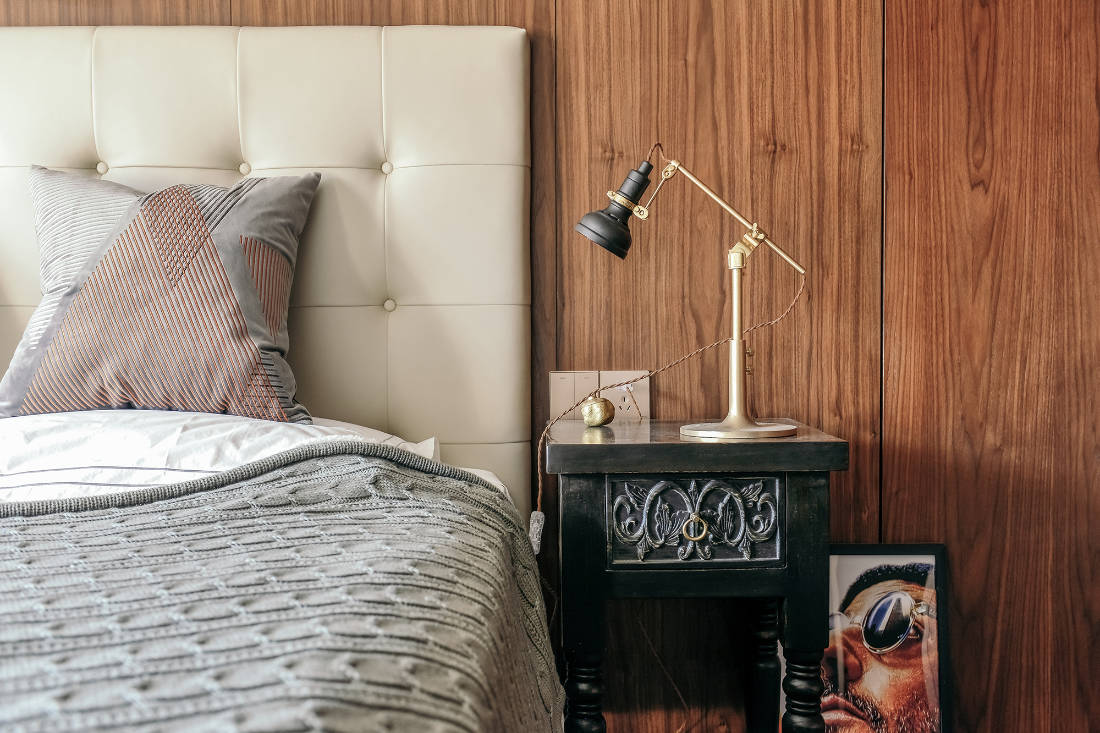 The second set of mirror-closet system is placed at the end of the corridor, transforming it from a dead space to an ethereal marvel blessed with reflected views of the interior and more natural light. The system not only visually enlarges the corridor, but literally expands the footprint of the master bedroom. 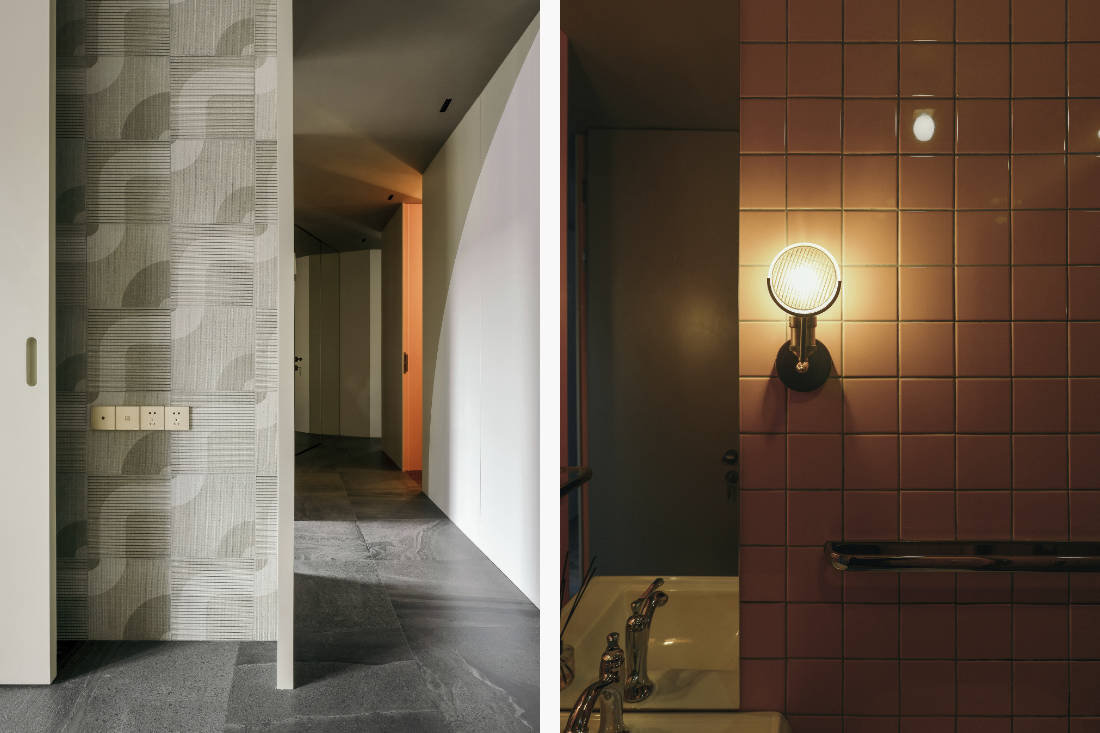 And when the bathroom door is opened, a burnt orange hue glows from within, thanks to the ceramic wall tiles. It is the only room in the apartment where such a vivid colour is used. As the bachelor prefers simplicity over ornateness, a predominantly grey and beige colour palette is employed throughout the residence, including the furnishings. The floor tiles resemble patterns found on rocks, seemingly forming a slow, flowing stream that connects all the spaces in the apartment while projecting a subtle masculine tone. 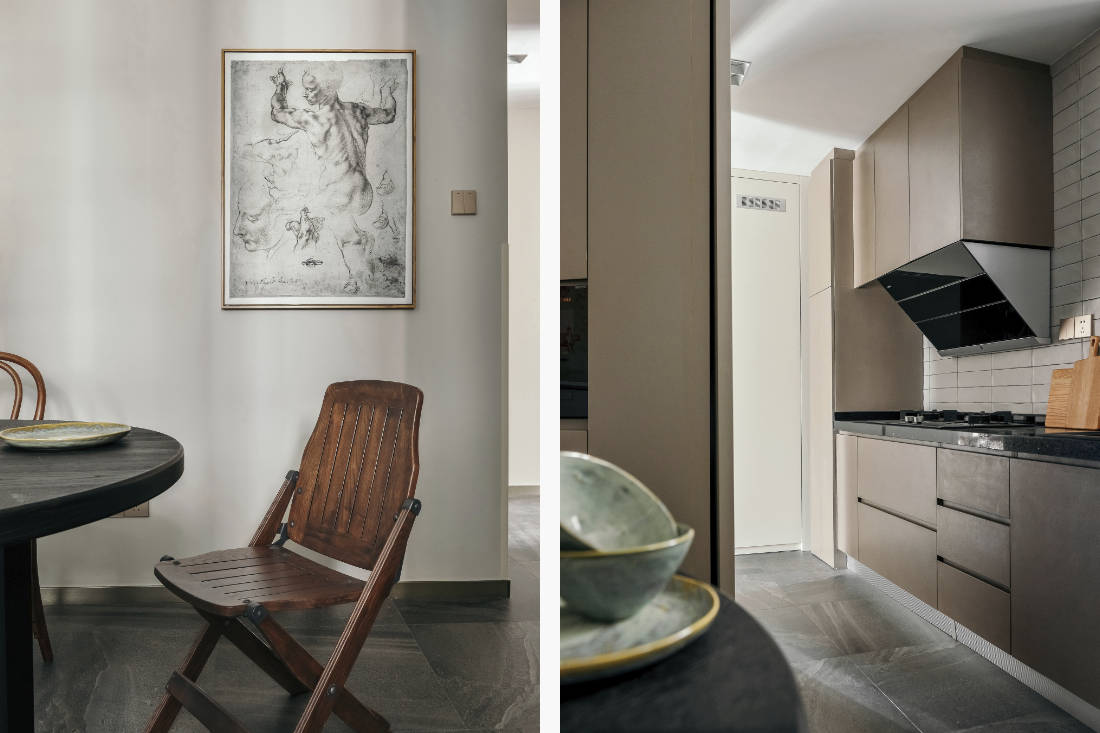 Since the bachelor telecommutes from time to time, the dining area has been designed to accommodate that. “Although the apartment boasts enough space for a dedicated study room, it is against the owner’s ideals as he prefers a study room solely for reading and meditating,” explains the designer when asked why the dining space has been designed as such. 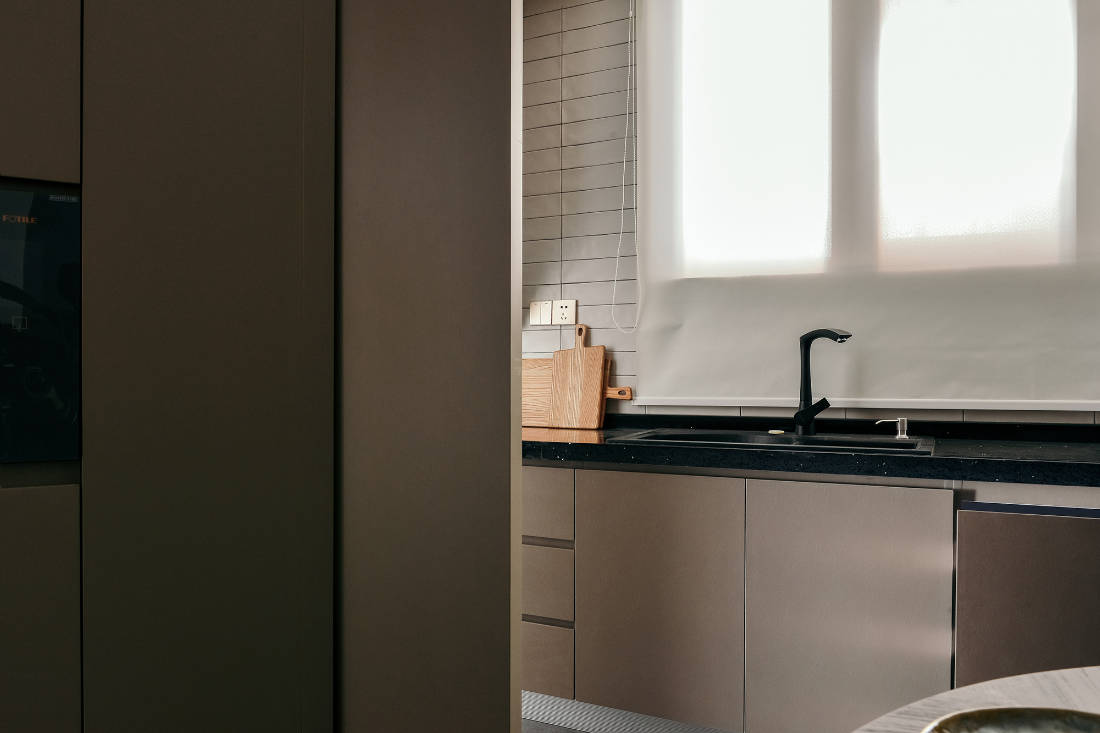 Reaching for a snack during break time is also made easier as the kitchen is close by. Not to mention, the addition of a sliding door further adds to the privacy and contains cooking fumes. Presenting two points of entry – one from the mirror-closet system and the other from the sliding door – to and from the kitchen-dining space also tricks the brain into thinking that the apartment is larger than it is. 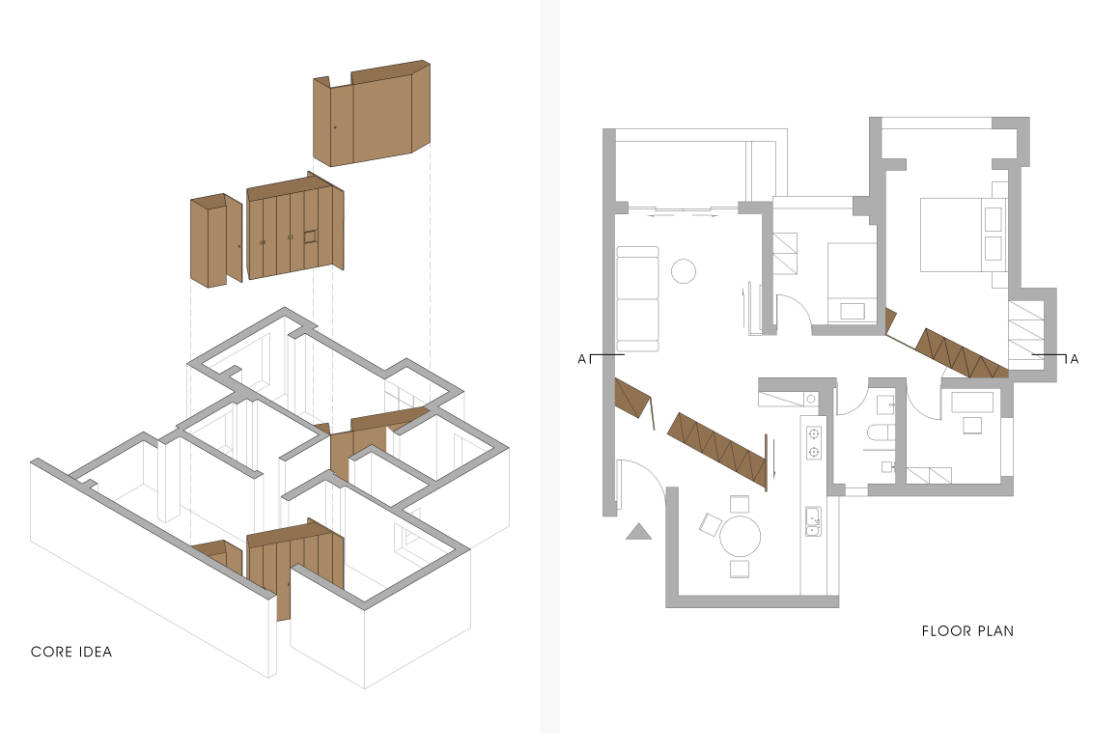 Clearly, tightly integrated spaces were no match for Zhang Yufan as she successfully worked around them, creating an aesthetically elegant and functional home that improves the bachelor’s quality of life presently, and hopefully in the future as well.