A HDB flat with elegant flourishes

Drawing inspiration from colonial English influences, designer Ashley Loh from D’ Initial Concept has created a space that is both stylish and practical for the homeowner and his mother.

With its elegant trimmings and design, one would hardly guess that this is a 4-room HDB flat upon first appearance.

To create a living room that was both classy and spacious, Ashley from D’ Initial Concept knocked down the walls that had previously enclosed the kitchen, resulting in an open-plan space composed of the living, dining and cooking areas. The false ceiling was painted grey and decorated with mouldings, while wainscoting was added to the walls, lending to the elegant mood of the space. 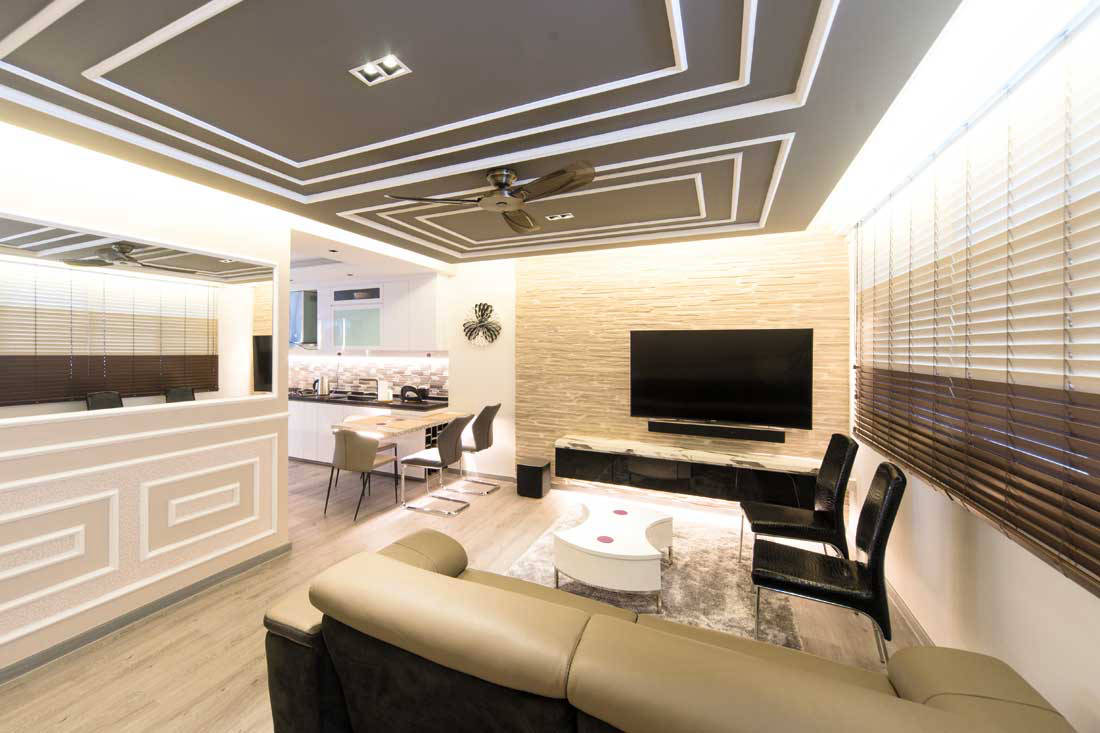 By widening the entrance to the kitchen, the designer has also created a greater flow of light and space. A light-coloured neutral palette maintains the bright and open feel of the open-concept kitchen, while the combination of black quartz countertops and a mosaic tile backsplash heightens the sense of sophistication. In addition, a customised built-in dining table with a cantilevered top further accentuates the open spatial flow. 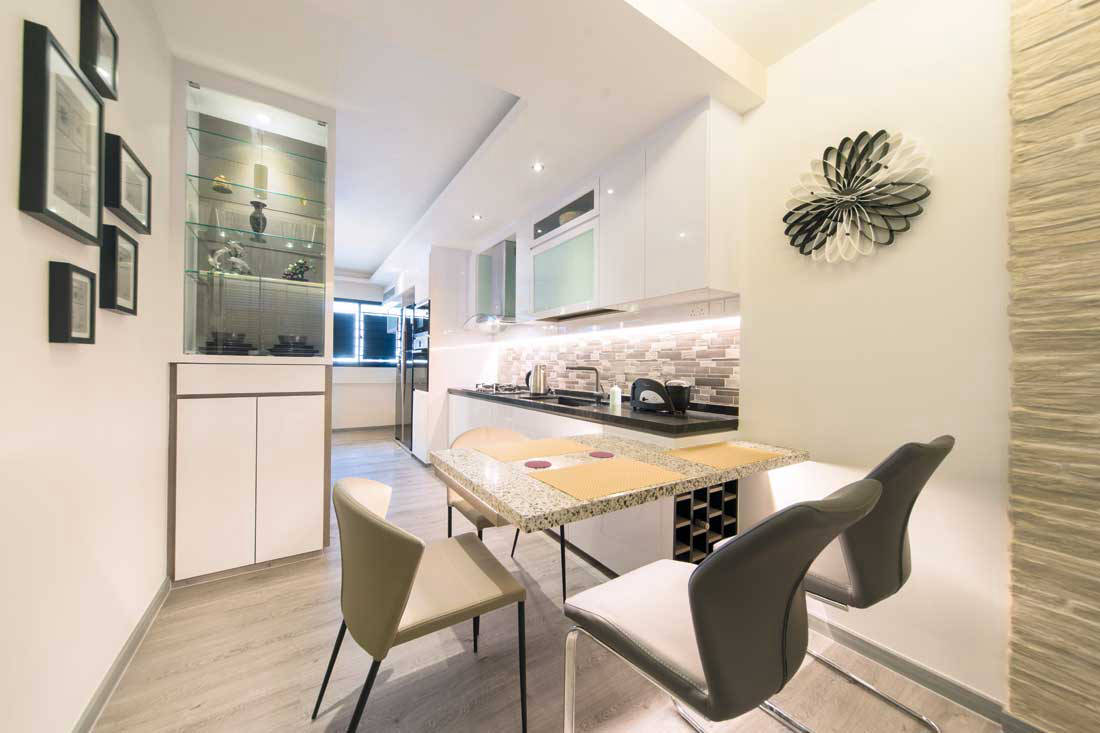 Since the homeowner works from home at times, Ashley has ensured that his bedroom is flexible enough to transform easily from a restful sanctuary into a workspace. Cabinetry with a pull-down bed was constructed, which could be stowed away during the day, leaving him with more room to work and move about. 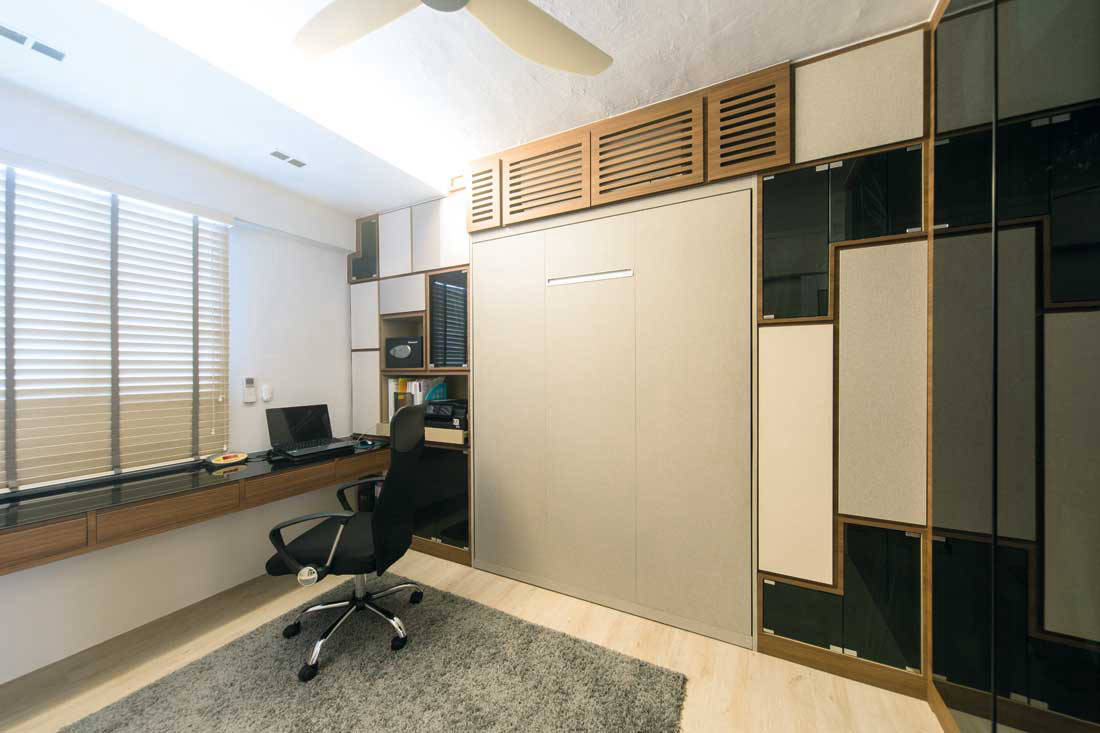 The entrance to the bathroom was relocated to create a clear glass enclosure for the shower area. Peer up and you would see what appears to be wooden beams. This unique feature is actually constructed using a false ceiling design that has been painted black. 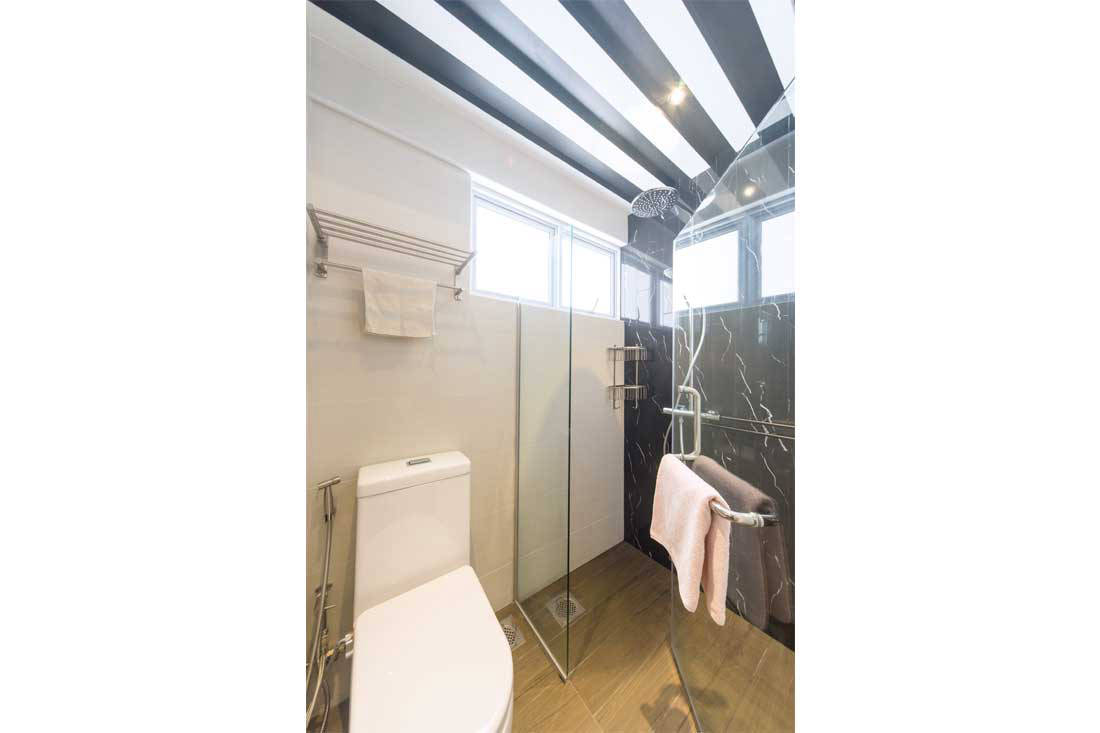