Simple is superior in this minimalist condo with Scandinavian influences

This executive condominium unit by Forefront Interior keeps just the bare essentials, combining the functionality of Scandinavian design with a timeless, neutral aesthetic.

Going back to basics with a pared-back style, Forefront Interior crafted a Scandinavian minimalist abode for this pair of newly-weds that’s sure to stand the test of time. A functional, low-maintenance space that keeps the clutter away, the couple’s first home serves as a neutral zone in which to kick back and unwind. 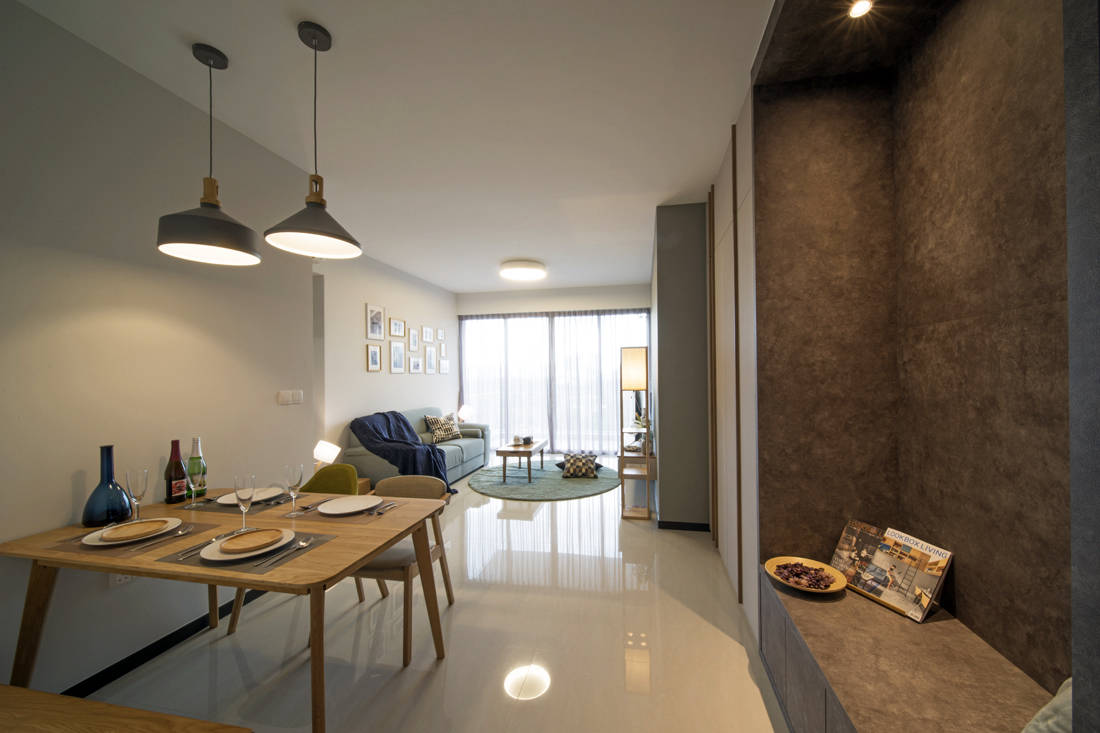 It boasts a cool, subdued palette of light wood and white, as well as plenty of built-in storage constructed flush against the wall. While these floor-to-ceiling storage units provide abundant space to stow unsightly knick-knacks away, they also remedy the odd layout of the original apartment, which was teeming with awkward niches.

Odd configuration aside, what this executive condominium flat is blessed with are tall windows that offer an unhindered view of the neighbourhood and allow for constant stream of natural light. This makes for bright, open and visually spacious interiors, counteracting the actual tightness of the apartment’s footprint. 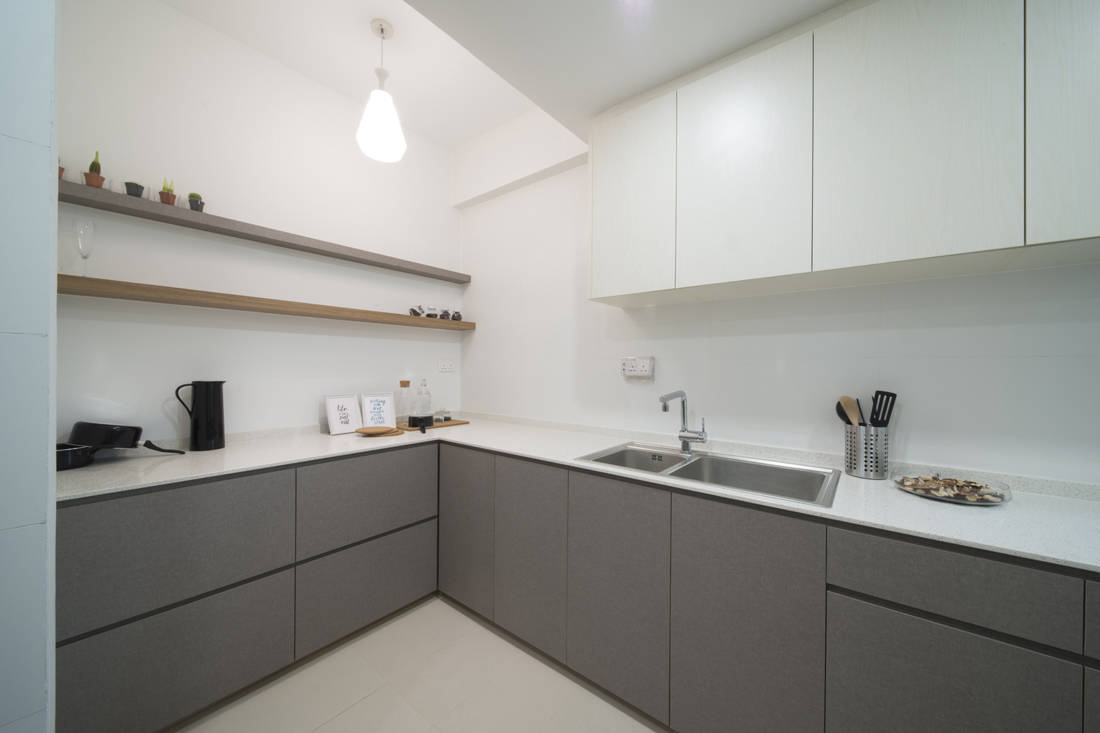 One of the smallest rooms in the house used to be the enclosed kitchen, situated opposite the front door, before interior designer Joey Pear extended it into the adjacent living room. To further emphasise the illusion of space by making the walls visually recede, he employed an all-white colour scheme, from the cabinets to the Quartz countertops. 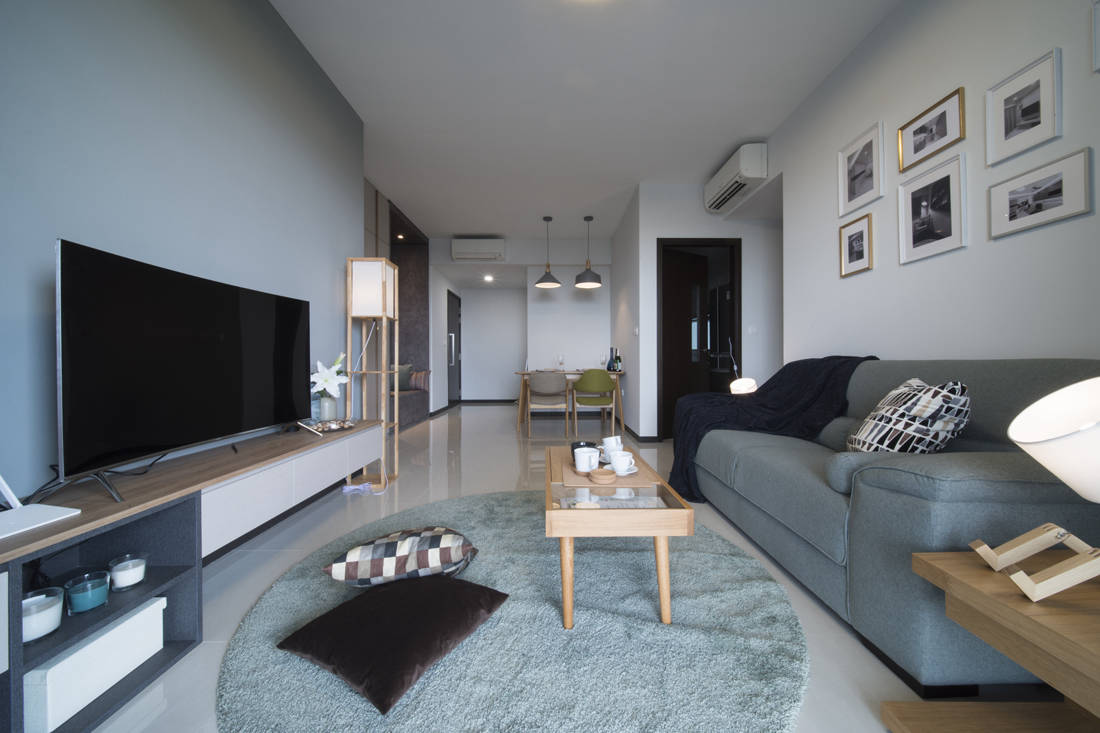 Light hues dominate the living and dining area as well, with the exception of a green TV feature wall. This earthy accent adds a pop of colour to the simple space, while keeping to the laid-back theme of the interiors.

As the amplitude of bulky, built-in cabinets is likely to eat up a lot of space and create a cramped atmosphere, the designer balanced the tall storages with lighter furniture pieces. For instance, the bespoke, semi-floating TV console was made to resemble the look of loose furniture, which is line with the Scandinavian decor scheme. Joey made sure the rest of the furniture such as the coffee table also featured a thin profile. 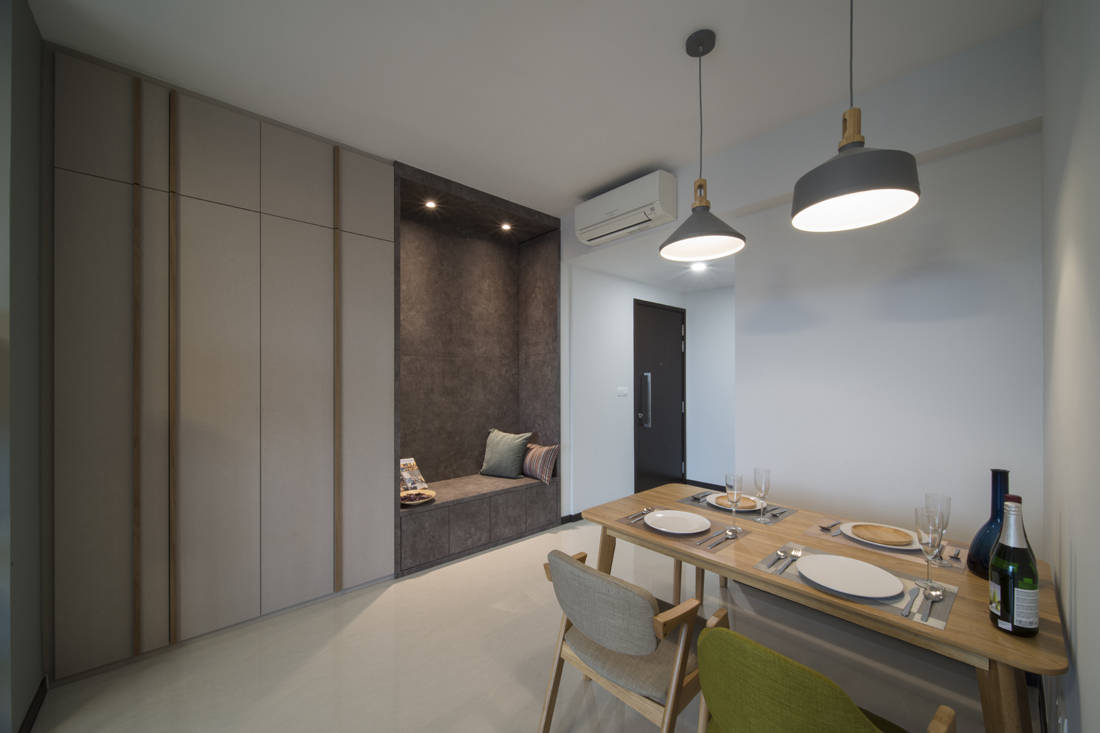 The sole deviation from the apartment’s Scandinavian-style theme comes in the form of a built-in settee by the entrance, also known as the darkest part of the entire house. “The owners wanted a cosy corner,” says Joey, who clad the floor-to-ceiling feature in dark grey, fabric-like laminates for an added tactile dimension. A part of it also opens up to provide additional storage.

Next to this settee is a row of storages which includes a shoe cabinet. Strips of laminates in a light wood finish adorn these full-height cabinets – a design that’s reminiscent of Japanese minimalism. Maintaining a sense of design continuity, the master bedroom features the same cabinets for its walk-in wardrobe. 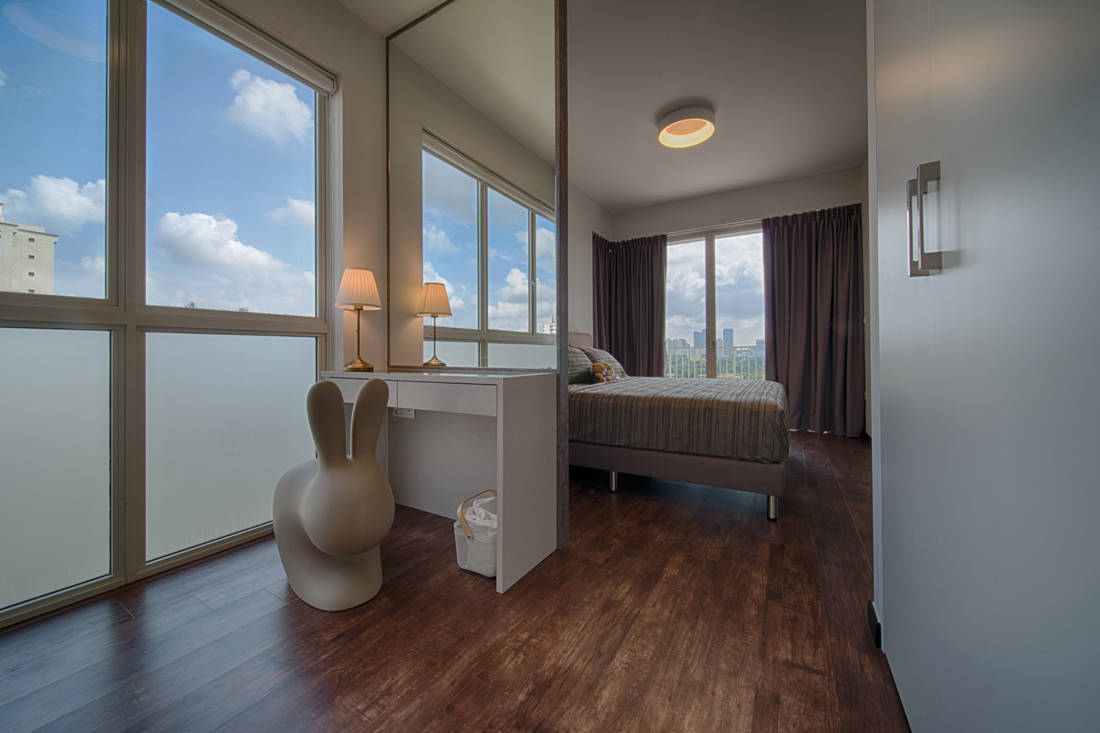 Here, the designer tore down the wall between two smaller rooms to create a larger master bedroom with sufficient space for a sizable closet – a major request the couple had. A dresser with a mirror that stretches all the way to the ceiling also doubles as a semi-partition between the sleeping area and the walk-in wardrobe.