With bold thinking and an out of the box design, this tiny duplex apartment is now made for pleasure.

Who says you can’t have a huge bathroom or a large walk-in closet in a shoebox apartment? Armed with some bold ideas, designer Eva Ong of Konmari Studio has worked with her client to completely reprogramme this 484-square-foot, two-storey penthouse to make it all possible.

From the start, the owner, who lives alone and works as a builder, had spelled out his desire for a bathtub, and also expressed his love for the New York loft apartment aesthetic. 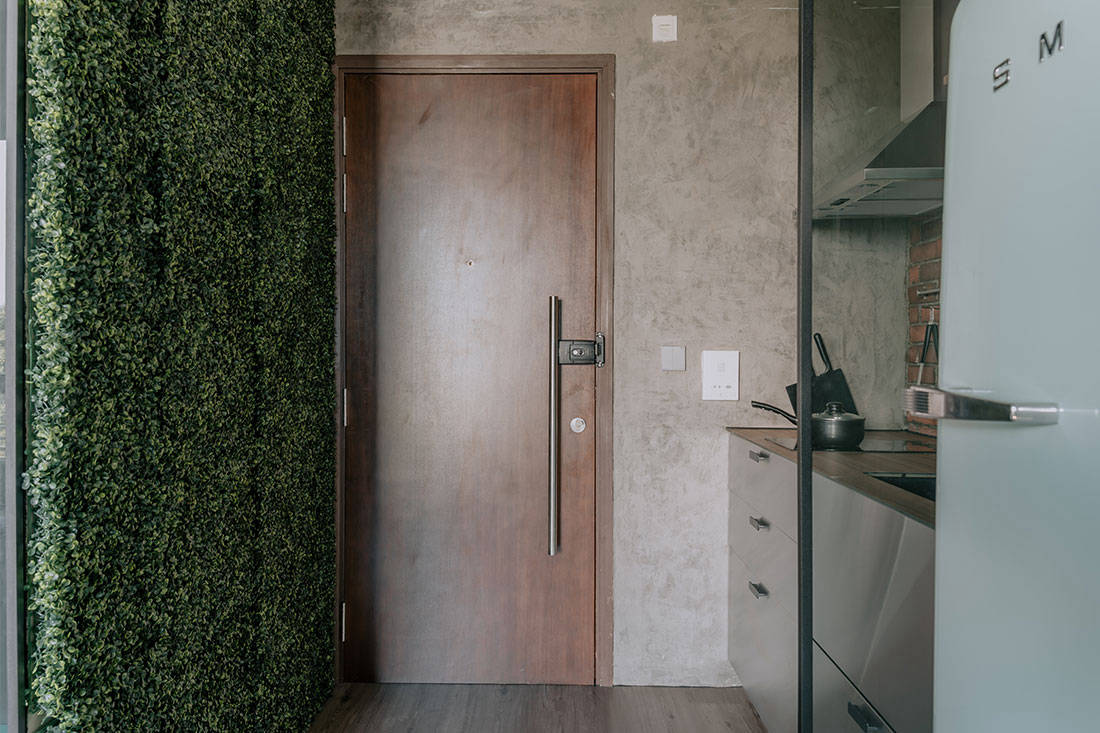 The public areas (kitchen and living/dining area) in this 484-square-foot duplex penthouse were originally set on the first floor, and the bedroom with bathroom en suite on the second. With consideration for the client’s lifestyle and priorities, Eva has reconfigured the layout such that the bedroom now sits on the first level, and the master bathroom takes up an entire floor on level two, with an additional mezzanine inserted to house the wardrobe. 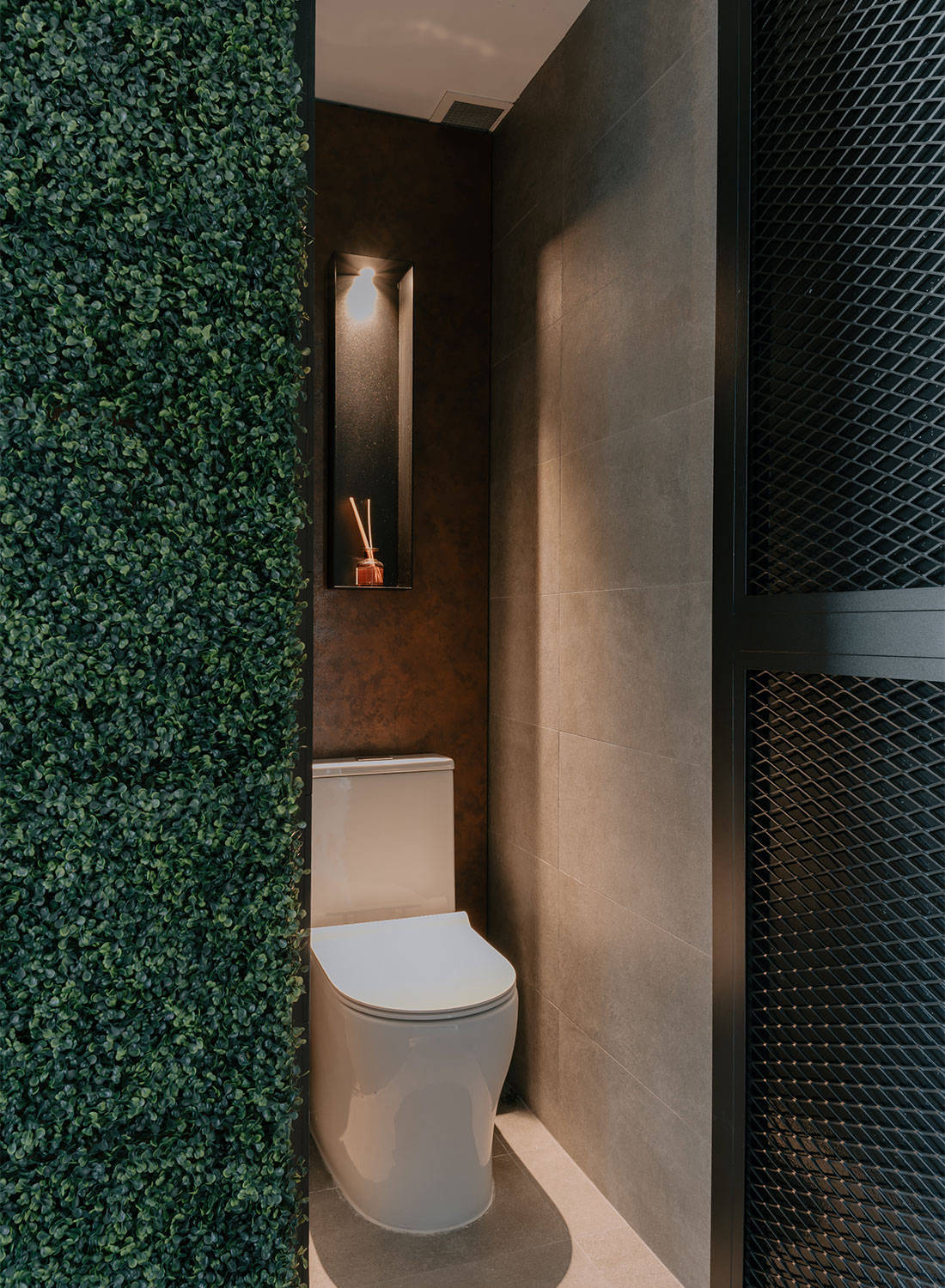 Upon entering, the compact kitchen is to the left of the main door while the common bathroom is on the right, well-hidden behind an artificial wall of greenery that enlivens the industrial style interior. 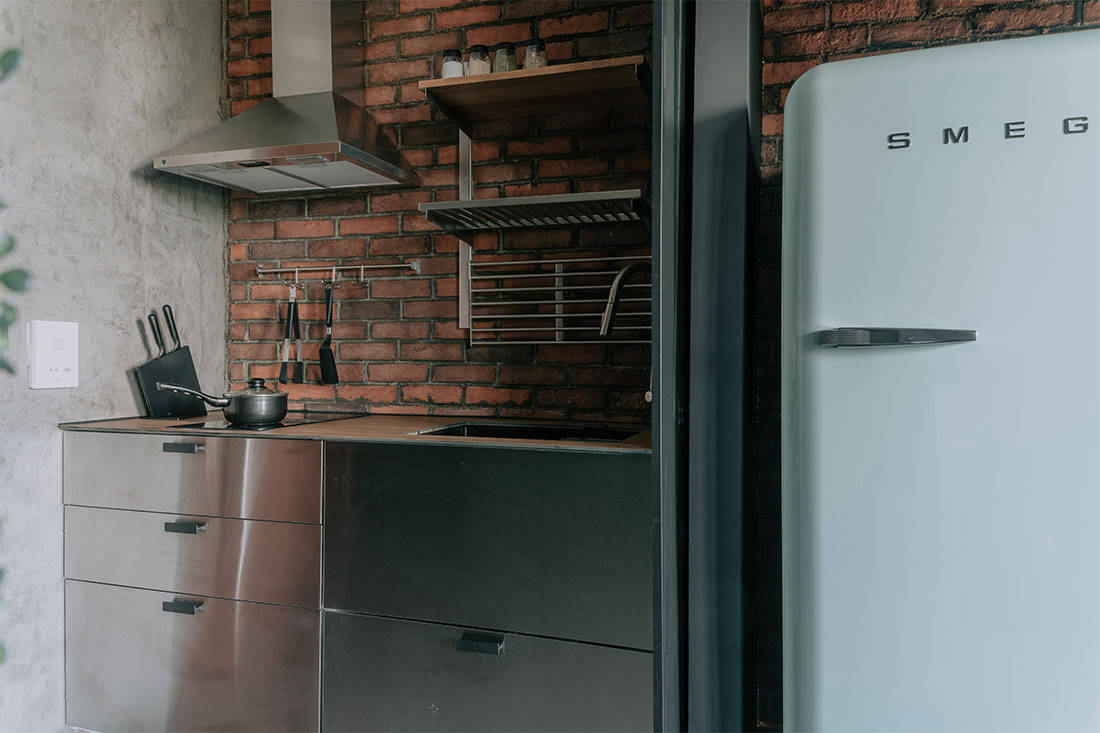 A glass sliding door separates the kitchen from the rest of the common areas, keeping out cooking fumes without visually segmenting the space. The living area is reduced down to a single armchair (Kartell’s Uncle Jim), which is all the owner needs. Micro display shelves come in the form of slim, teal coloured ledges. 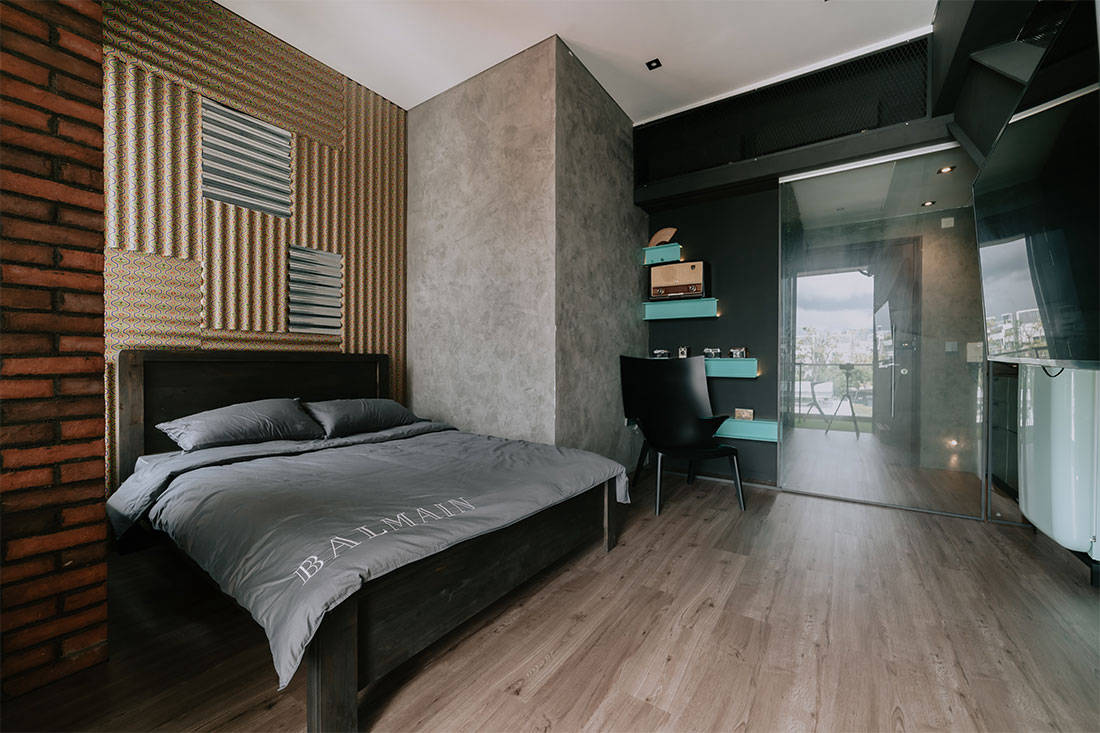 Beyond this, the bedroom takes pride of place and it’s from here that the owner watches television from the comfort of his bed. Luxe meets industrial with the custom corrugated metal headboard covered artfully in a collage of Gucci wallpaper. 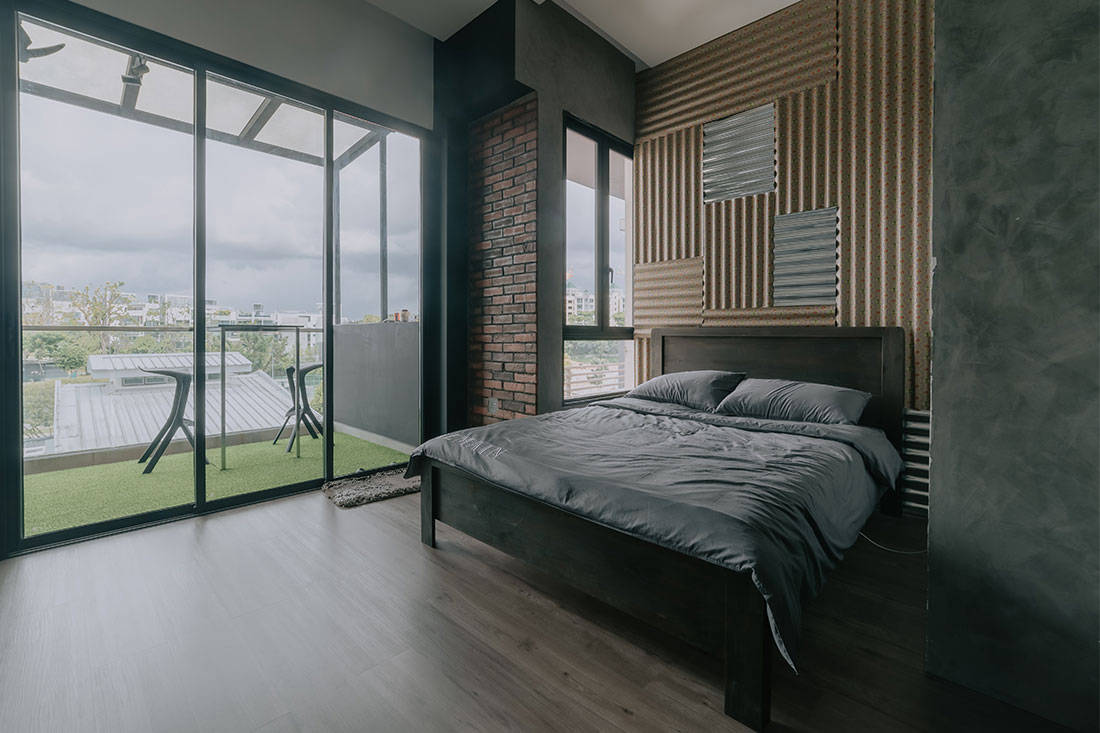 Rather than keep dining confined to an already tiny apartment, it is now an outdoor garden affair on the green tufted balcony, where the owner can take in the fresh air and view. 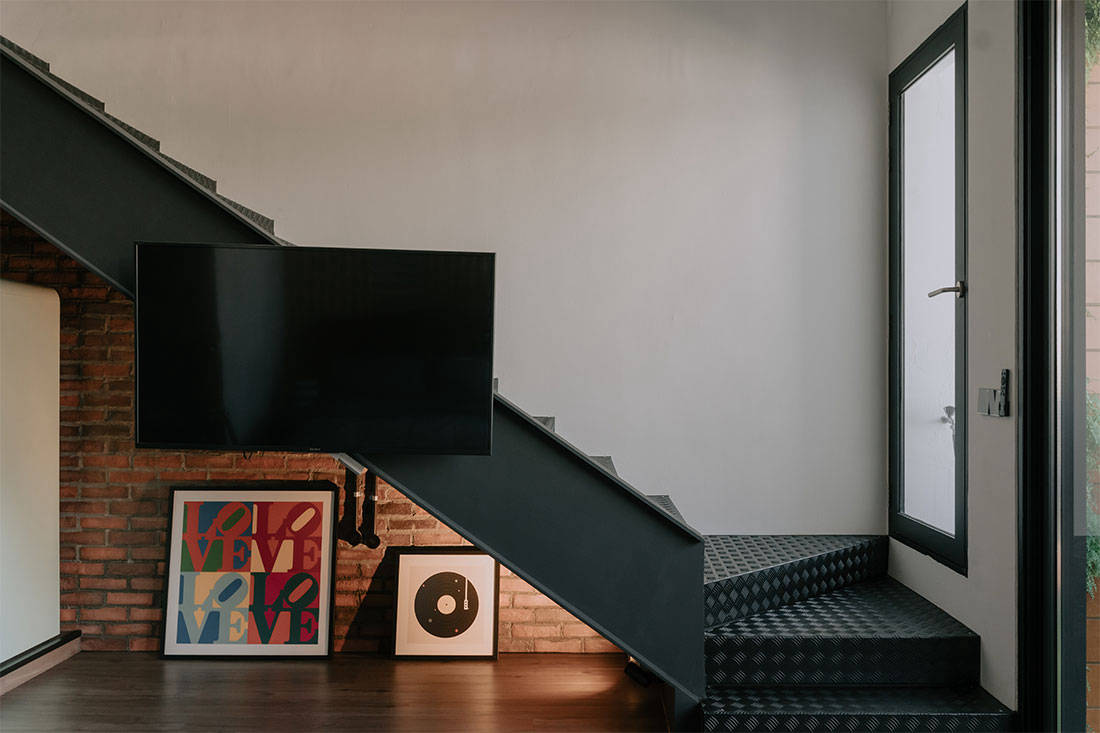 The pièce de résistance of the apartment lies upstairs. With the entire level dedicated to bathing rituals, Eva has built a tiled, marble-patterned tub that’s as large as a plunge pool. 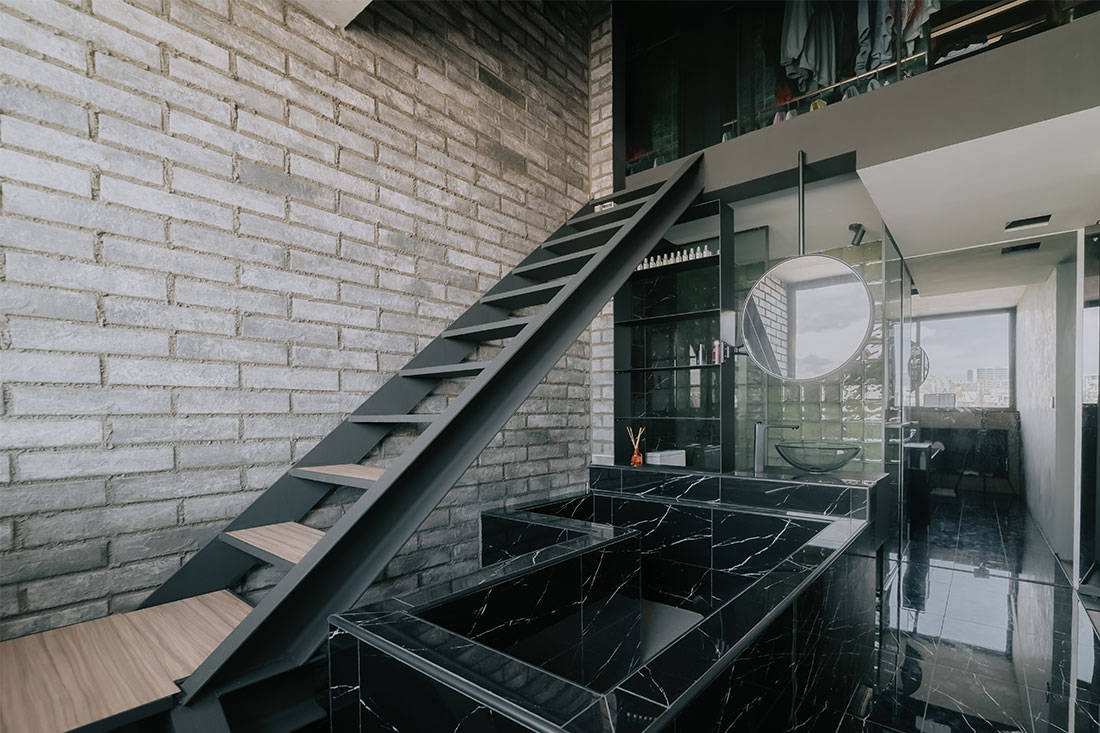 The bathroom vanity and shower area lie beyond in this open/see-through space, which is not an issue given that the owner lives alone. 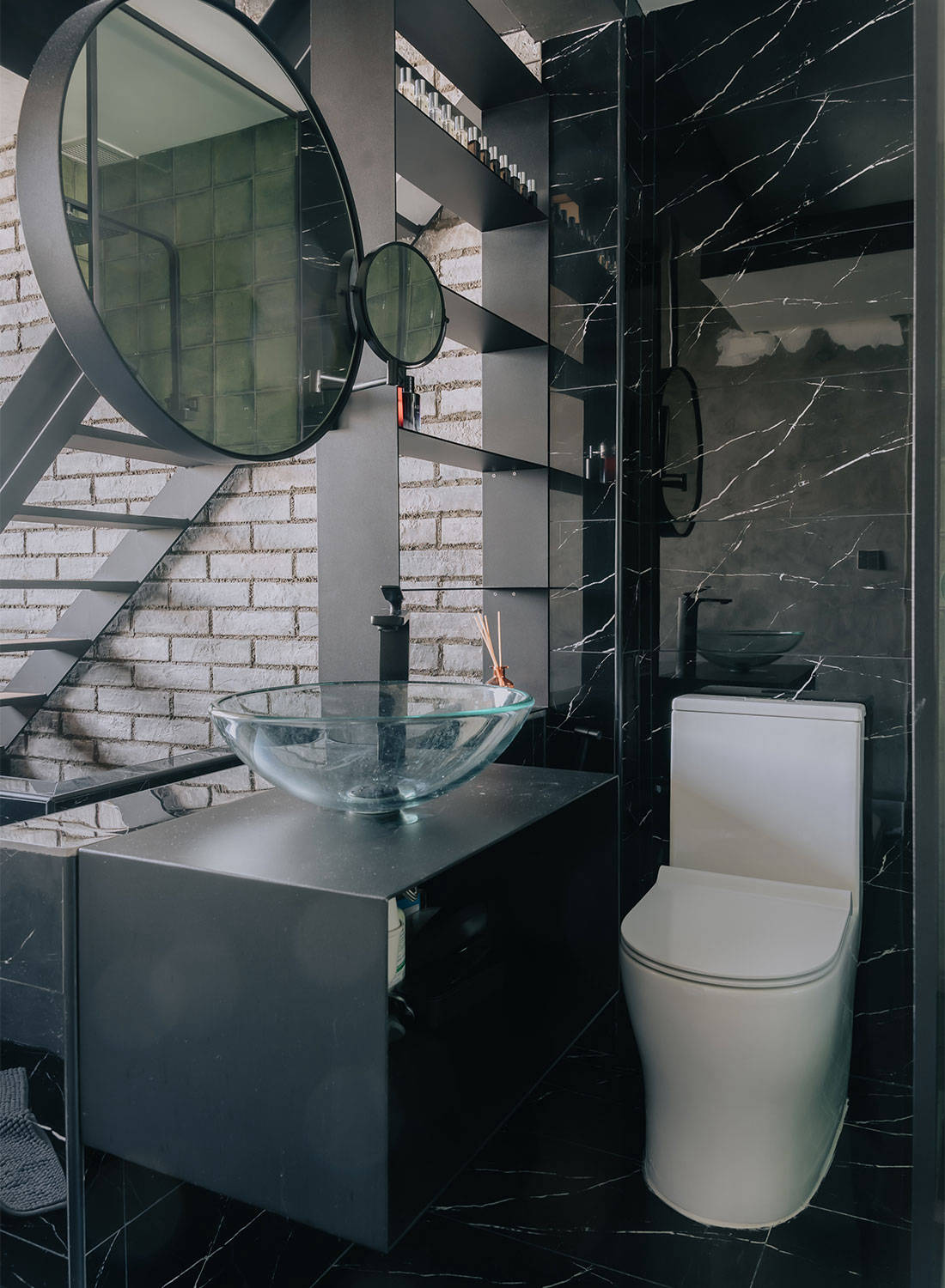 With an enviable ceiling height of five metres, the designer has built a mezzanine level to house the wardrobe. It’s a room unto itself and fully carpeted for greater warmth and intimacy. The open closet system also makes this area feel more spacious.

Who knew that a ‘pool’ and a bathroom as large as an entire floor was possible in a shoebox apartment? By committing to a daring design, the owner of this 484-square-foot penthouse is now living like a king in his version of a palace. 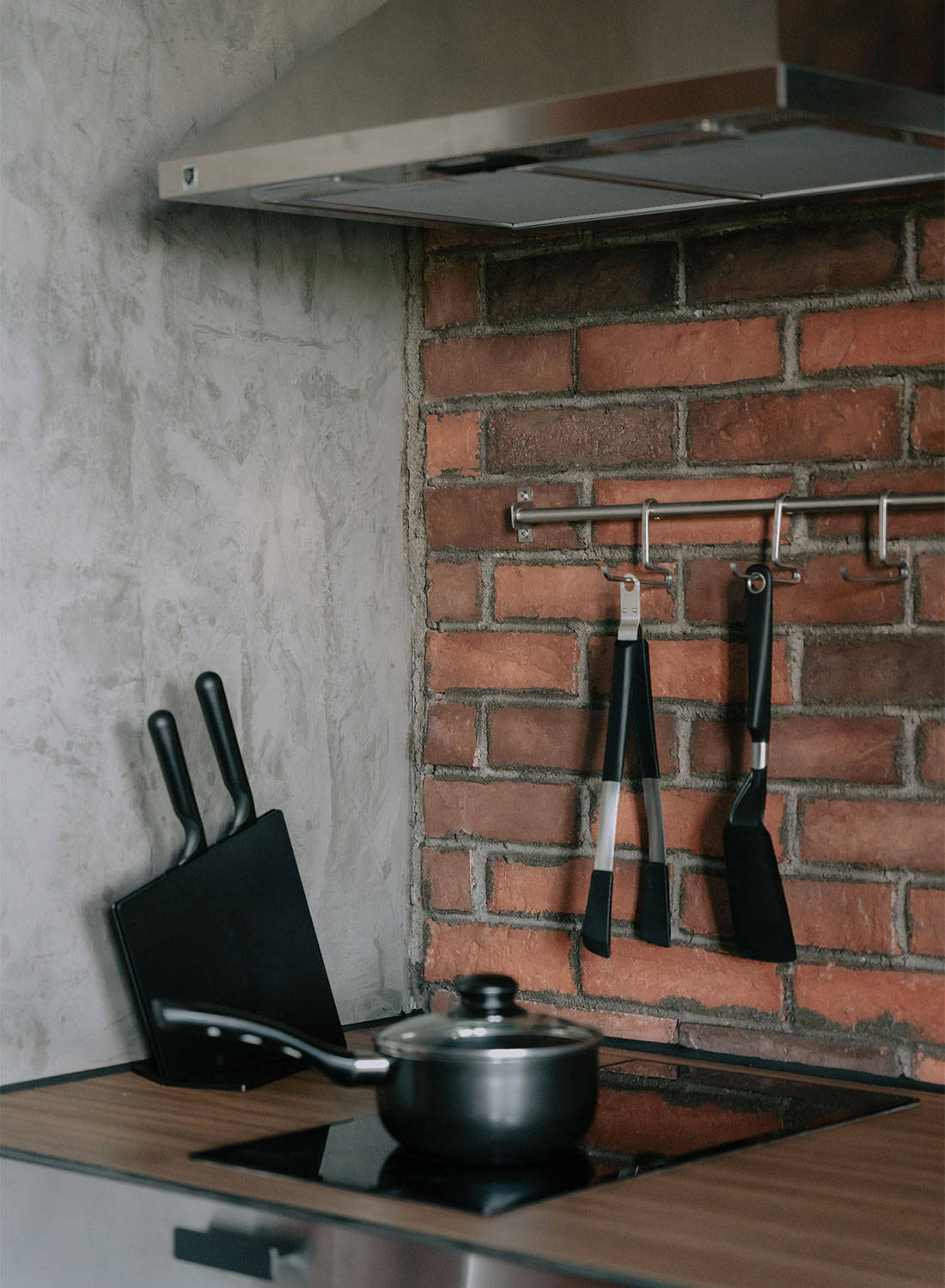 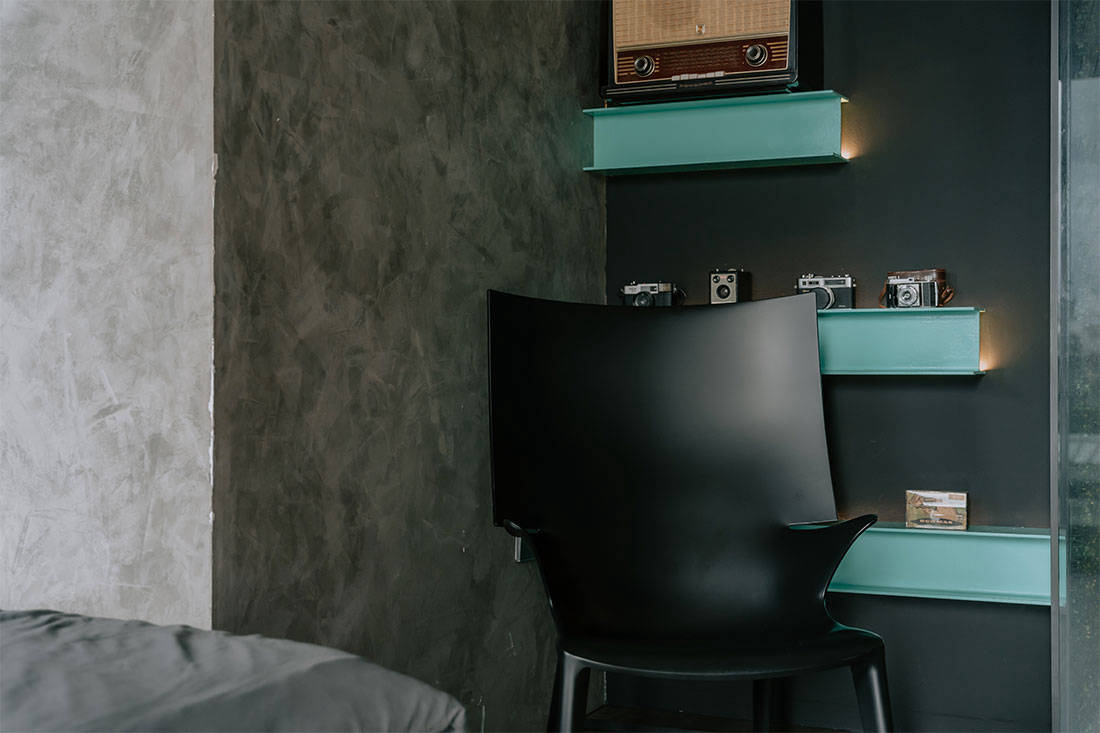 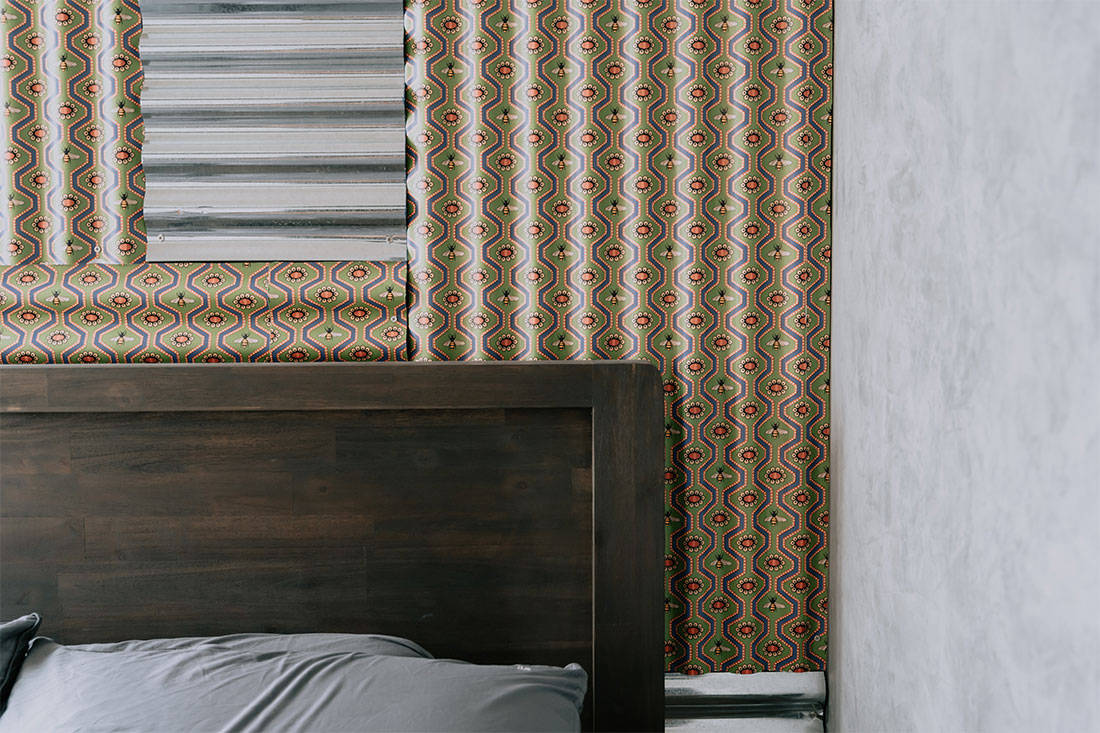 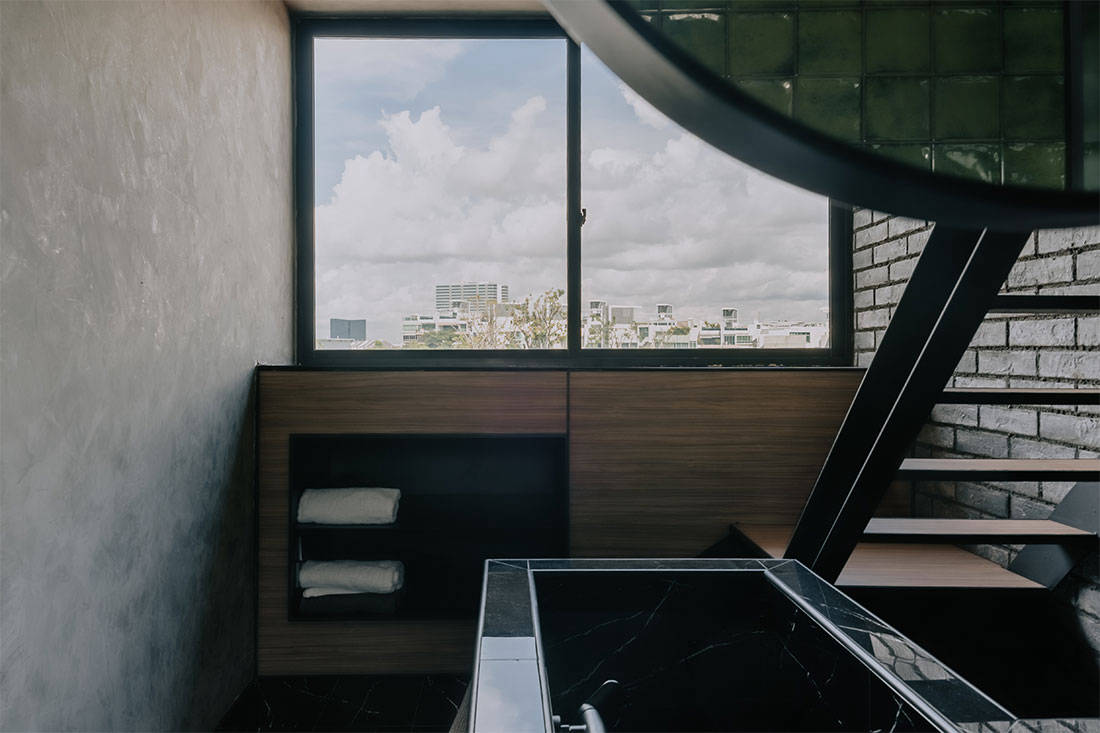 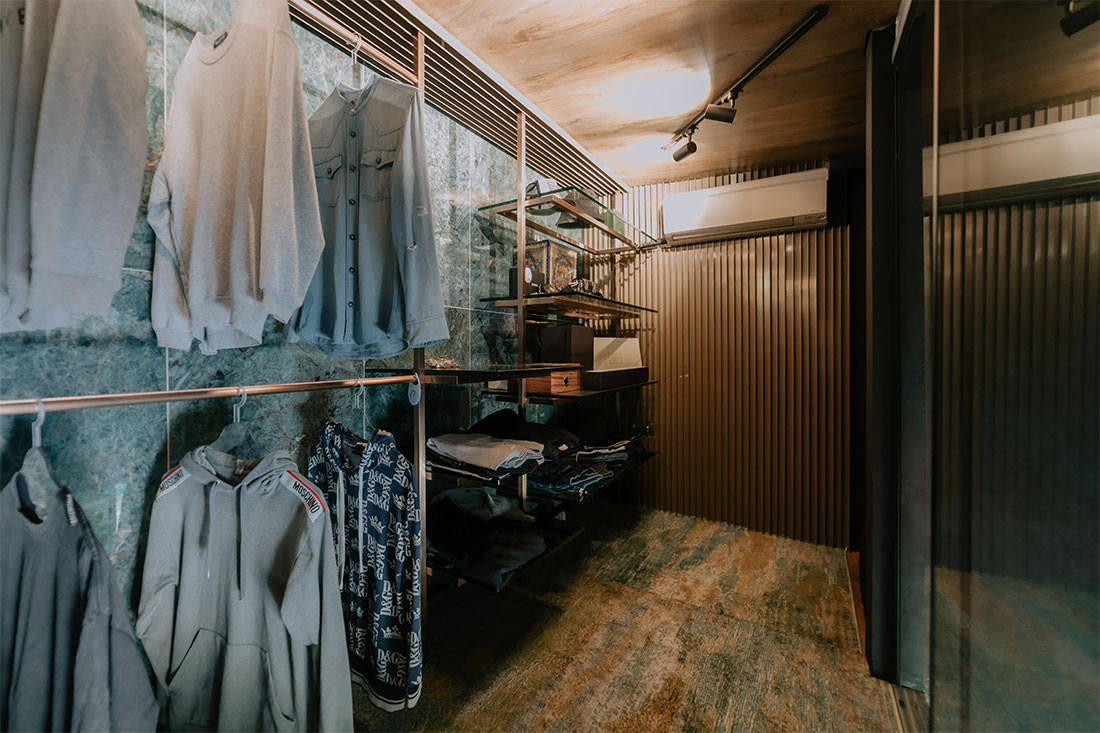