Calm, simplicity and functionality characterise this five-room HDB flat that was designed to facilitate a Japanese way of living.

Having just moved back to Singapore after ten years in Japan, this family wanted a home that would allow them to retain their Japanese way of life while adapting to the tropical locale. This was the brief to director Charmaine Wong of Chark Private Limited (the interior arm of Chalk Architects), who opened up the plan of the five-room HDB flat to create a porous, flexible home as the first step to making the most out of a modest space. 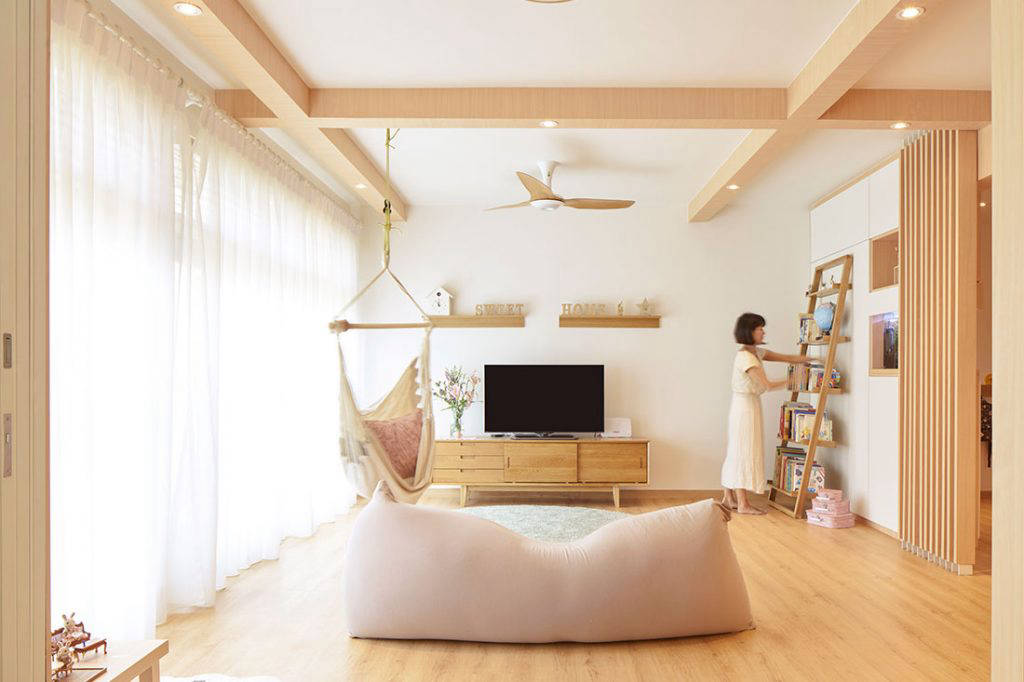 Where possible, walls were removed, and screens and sliding doors employed. “The design allows uninhibited circulation and space, and provides options of privacy and community as [the different modes of dividers] segregate and combine various rooms,” says Charmaine. 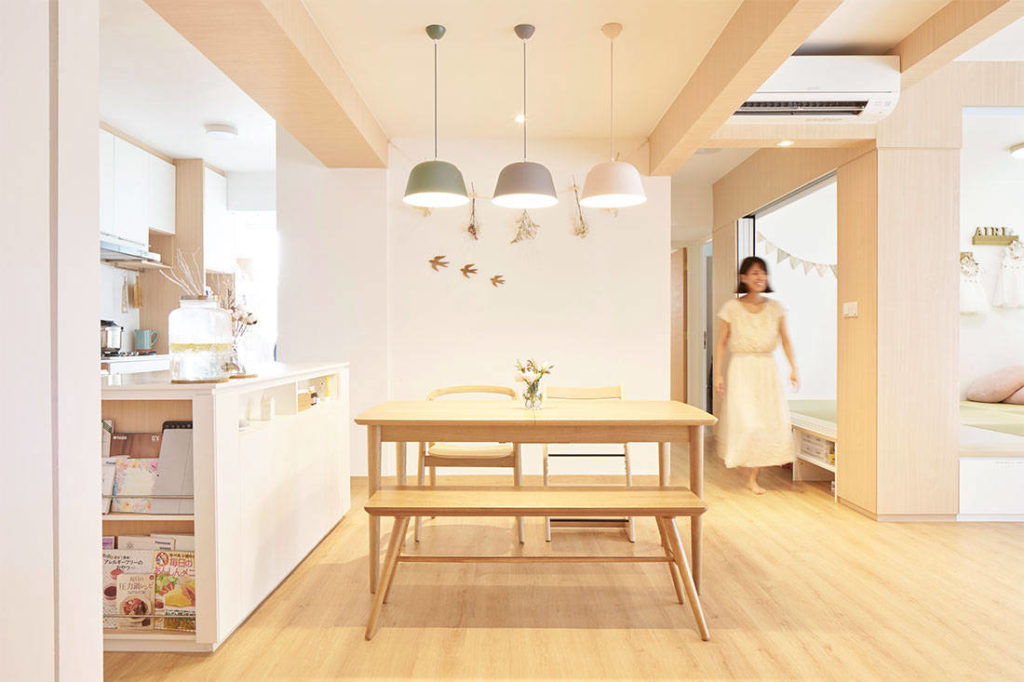 For instance, the wall between the master bedroom and study was replaced with sliding doors to enhance spatial connection. The formerly enclosed kitchen became an open-concept space with the integration of an island counter, allowing the wife an unobstructed view of her two daughters at play at the other common areas while she prepares or cooks food. 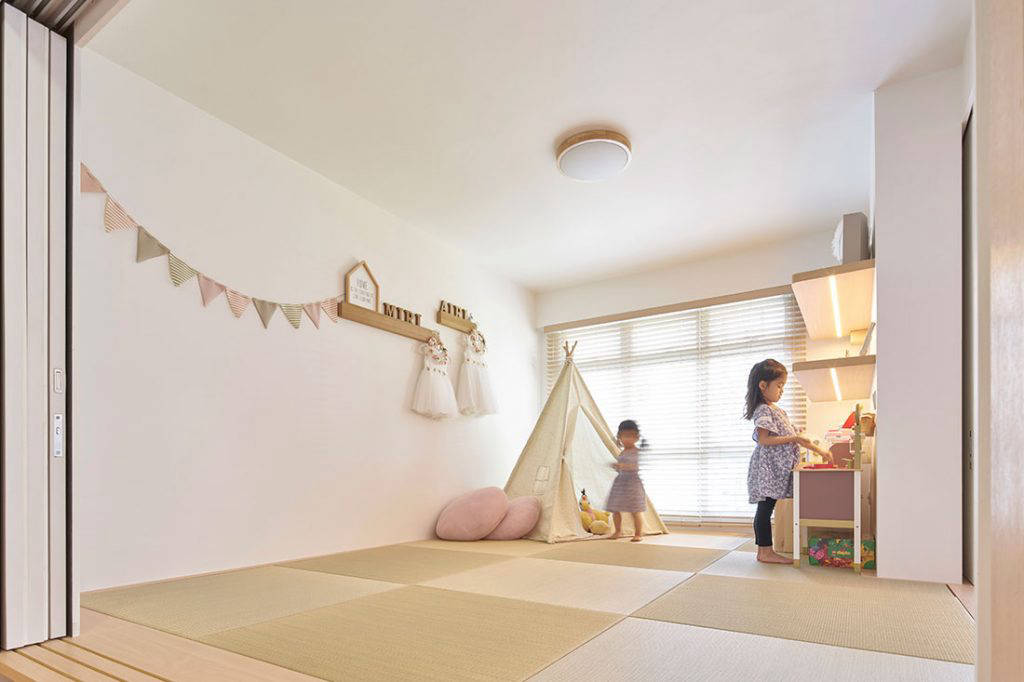 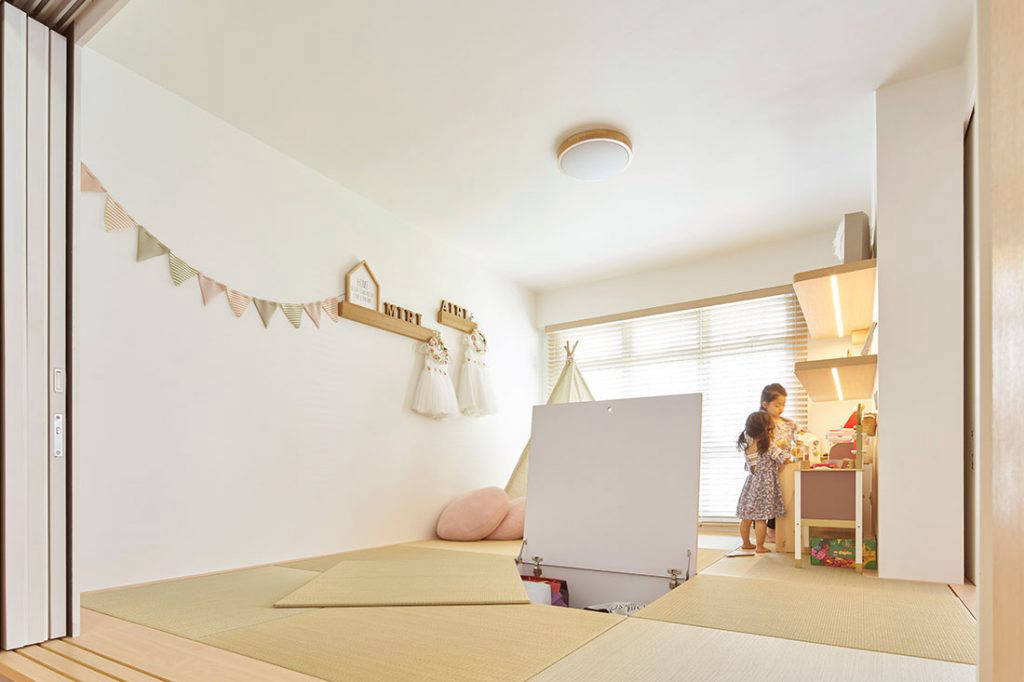 A highlight of the home is the natural grass tatami mat room. The walls of a bedroom adjacent to the living area were replaced with moveable slide-and-fold doors, and its floors elevated with space beneath dedicated to storage. When the doors are packed to the side, this space segues into the living and dining zones visually and physically, creating an extended children’s play area. When the doors are closed, it becomes a private guest room. 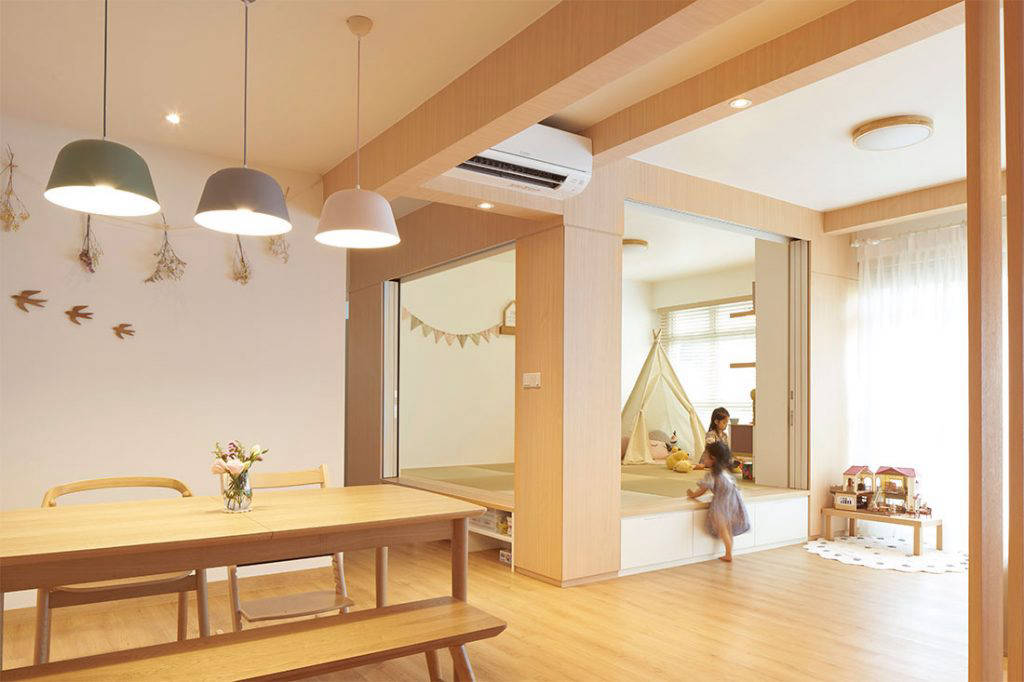 The materiality of white walls and light-coloured timber – in the faux ceiling beams, carpentry, screens and custom-made furniture – aids in creating a calming atmosphere. “Inspired by the [prevalent use of temperate woods in] Japan and the appropriateness of bright, airy spaces in Singapore’s tropical climate, [this palette] forms the main backdrop while light hues of grey were added as accents,” shares Jacob Ishak, a senior interior designer at the firm. 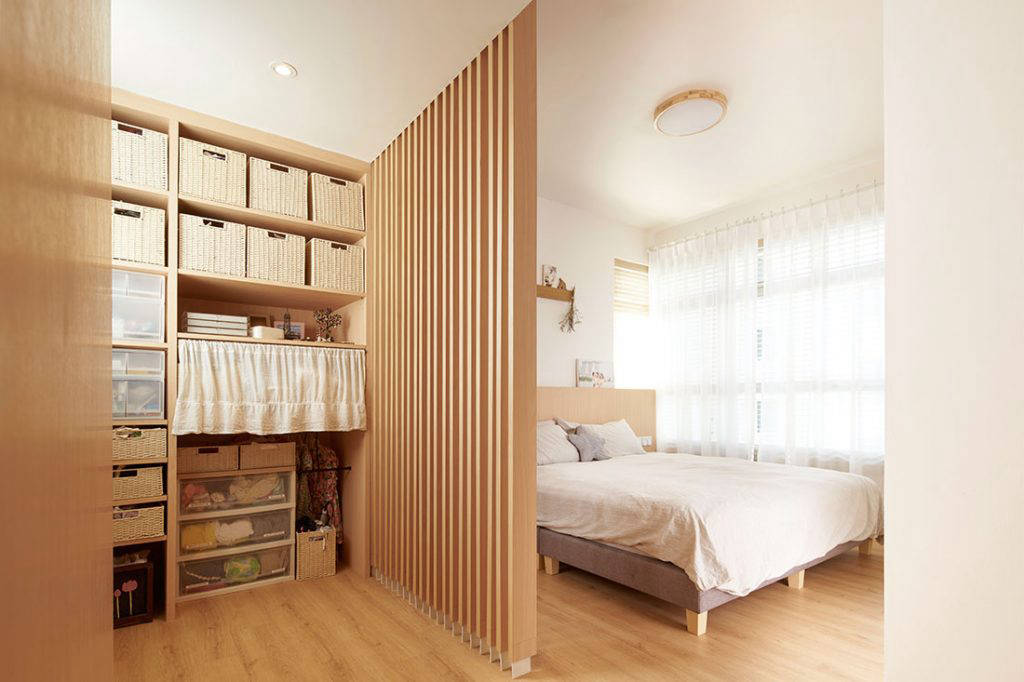 The furniture selection also pays homage to the wife’s origins. Many pieces were imported from Japan. This, combined with customised carpentry to suit the family’s specific storage requirements, makes the home not only comforting and familiar but also practical for their day-to-day living.