A charming loft-style walk-up apartment in the East

This old walk-up apartment was turned into a loft-inspired social home that still retains its heritage and cultural charm.

Nestled in a quiet enclave in eastern Singapore, this quaint walk-up sits within a four-storey private building and offers respite from the city’s hectic energy.

When homeowners Nicholas and Jeff first set their eyes on the resale apartment, they immediately knew that it’s the home that they’ve been searching for. “We looked at several properties but nothing really called out to us,” says Jeff. “We’ve always wanted a walk-up apartment because they have more personality to offer. I’m not a fan of the typical condominium look. It’s predictable and boring.” 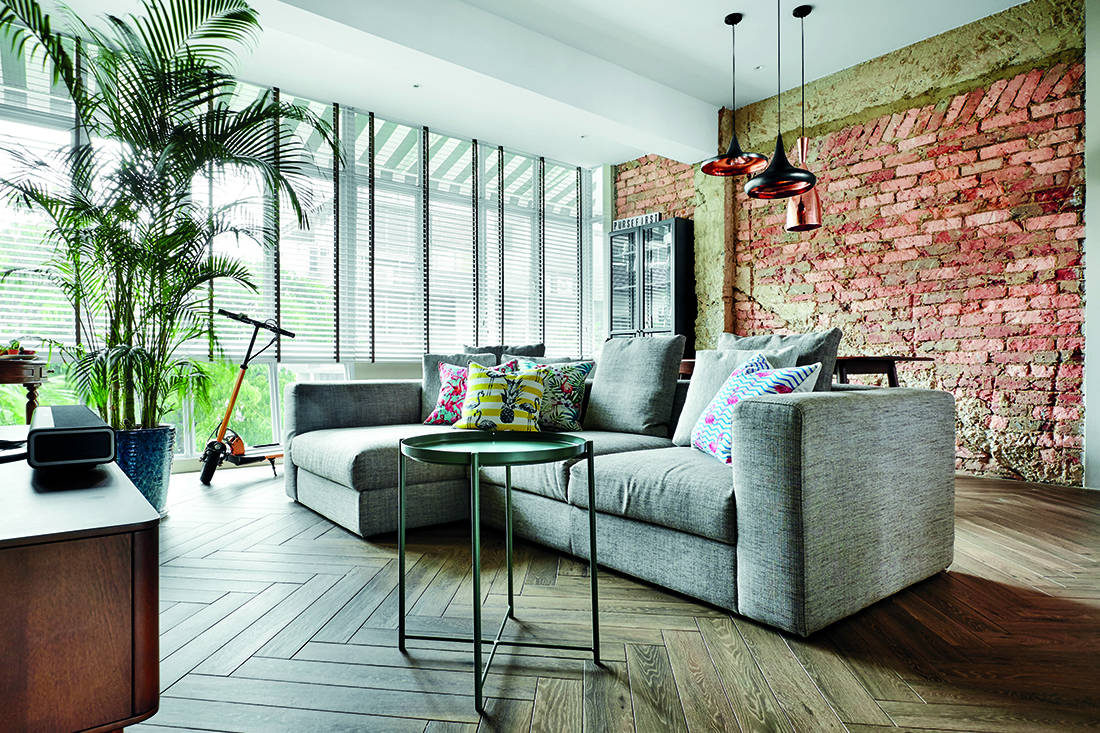 Back then, the apartment still had its original layout, but was well maintained and in good working order. “It was previously renovated about eight to 10 years ago, so it wasn’t in bad shape. We both felt that once we renovated the place , it could live up to its full potential,” shares Nicholas. “We just fell in love with the big windows and high ceilings, and it has a loft vibe that’s hard to find in Singapore.”

It’s not just the aesthetics and build of the home that called out to them. Nicholas adds that this is a charming neighbourhood — an enclave that benefits from its great location but is secluded enough to offer peace and quiet. The apartment is a part of the Walk-up Collective, a group of like-minded homeowners who strive to maintain the original charm and tradition of these homes. 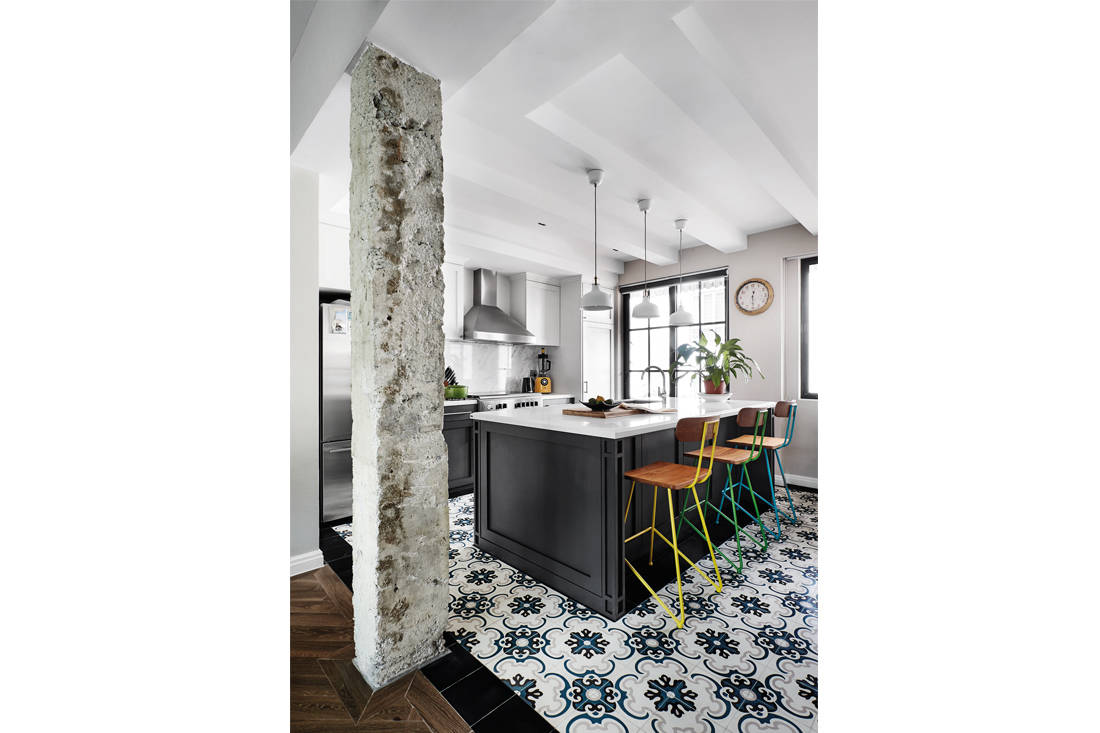 With the help of designer Arjan from Aiden T, the newly renovated home is now a far cry from its original state. The layout has been tweaked, with an open-concept kitchen and an expanded bathroom. The electrical wiring and plumbing were improved, and its design now boasts a homely flourish that speaks to both homeowners’ personalities.

“One of our prime requests is to have a bigger kitchen. We cook often at home, and we invite friends over all the time, so it’s important for us to have a social area where everyone can gather around,” shares Nicholas. Initially, he asked for a half-height wall in the kitchen, such that there is still a physical demarcation between living room and kitchen. But after consulting with Aiden, he decided to have a completely open kitchen instead. “It really adds to the flow of the space,” adds Jeff. With the newly expanded cookspace, the homeowners could afford the space for a larger, 1.4-metre wide island. 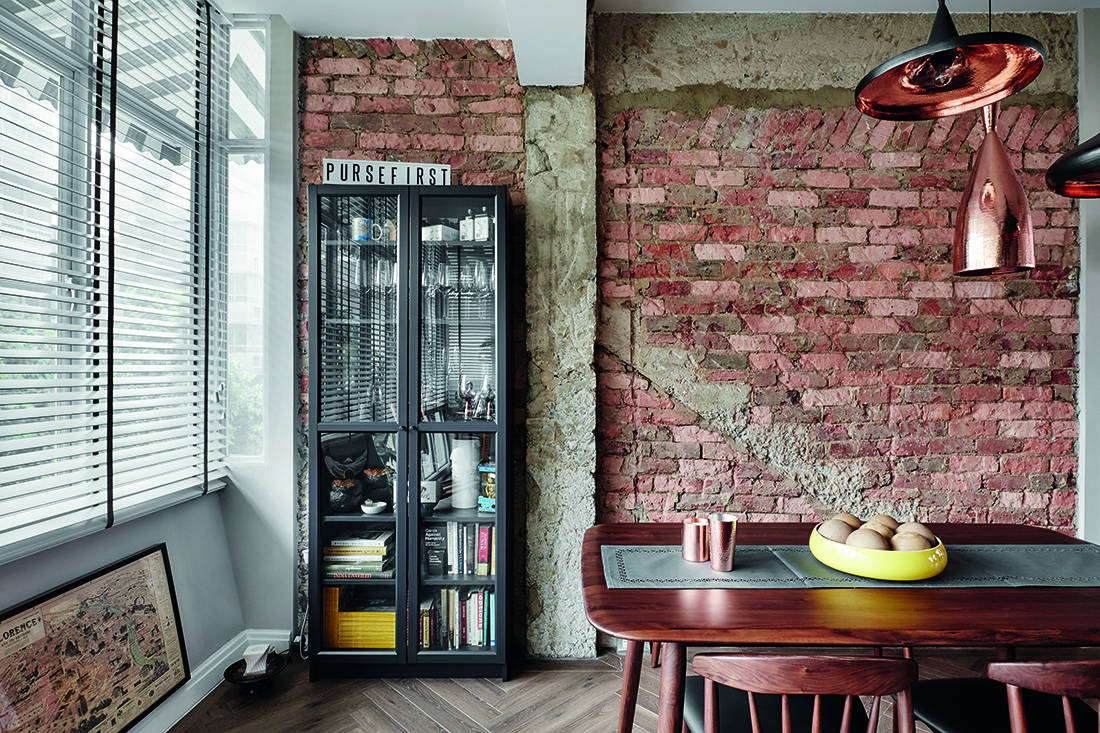 Jeff and Nicholas were also involved in other aspects of the interior design. For one, they influenced the use of colours in the home. “ We wanted something moodier and more masculine,” says Nicholas. They also requested for as little built-ins as possible. Jeff says, “We don’t want built-ins because they’re too limiting. If we have all the carpentry fixed, we’re restricted by what we can do in the future.” Ultimately, there isn’t a specific look or design direction that dictates the home. Instead, Arjan focused on cultivating a sense of warmth and friendliness that envelops you as soon as you step in.

“Based on the cues that they gave me, I created this home based on a feeling rather than a look. You can say that it’s a bit more eclectic in the sense that it’s able to incorporate different styles but won’t look messy. My approach has always been to keep the design simple, and not leave too strong a stamp on it. It allows the owners to bring their personality into the space.”

This home was first featured on the cover of Lookbox Living issue #52. See more of Aiden T’s work here.