This HDB flat gets reworked by Design 4 Space and now presents lots of open spaces and a homely Nordic design aesthetic.

The Scandinavian style calls out to many for its laid-back yet clean-lined appeal. The homeowner of this flat, a bachelorette in her twenties, desired a modern Scandinavian haven where she and her dad could revel in. Designer Zheng Jian Wen from Design 4 Space was commisioned to overhaul the interior. His first order of business was removing the boundary walls in the communal zones to conjure a sense of openness. 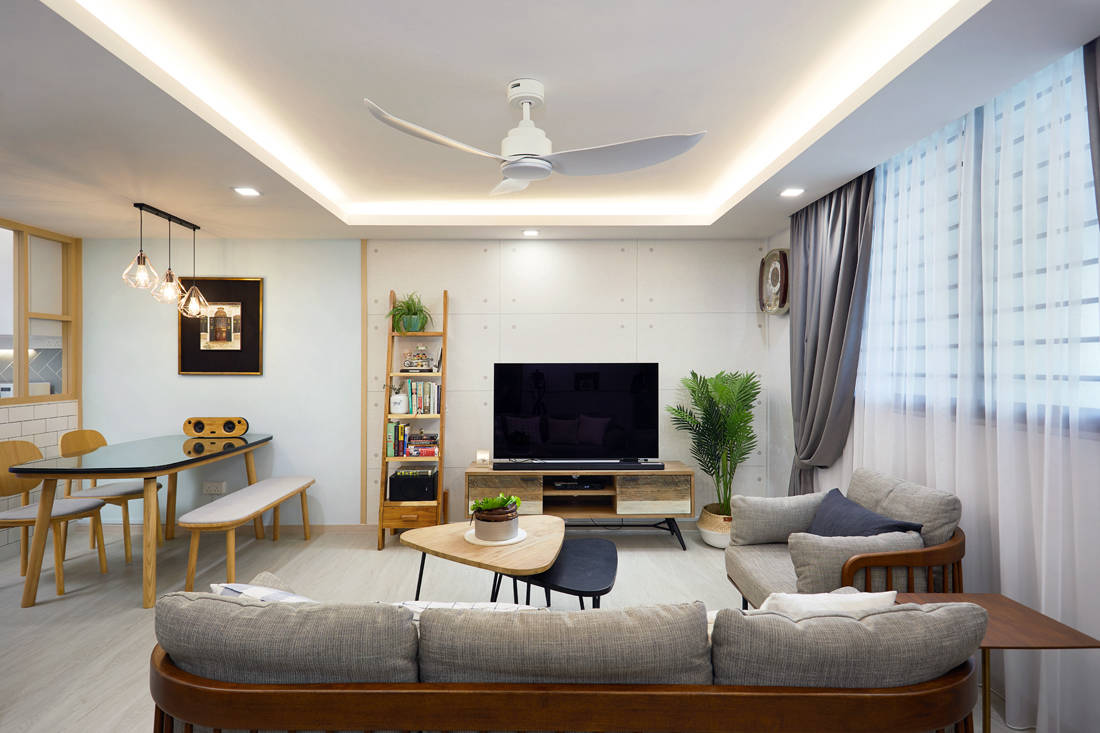 With this new open-concept setting, the shared living and dining zones immediately feel a lot larger. He then had the walls painted a powder blue colour to elevate the light and airy ambience. The TV feature wall, on the other hand, is lined with concrete-effect wallpaper. “I wanted to introduce industrial-inspired textures in here because having too many Scandinavian design touches would make the space appear flat,” says Jian Wen of his design approach. 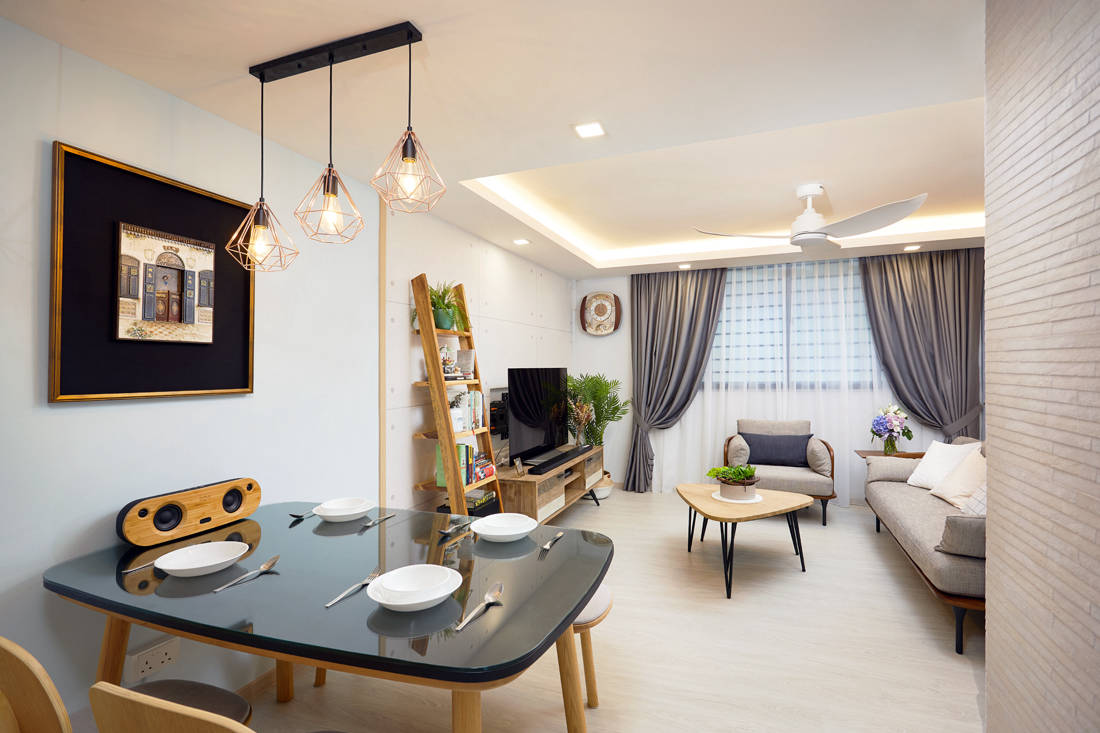 While the ‘concrete wall’ feature works its textural magic, it also creates a visual demarcation between the connected living and dining zones. To further define the two areas, Jian Wen lined a wooden strip between the two contrasting wall treatments. The former echoes the woody accents of the vinyl flooring and furniture. 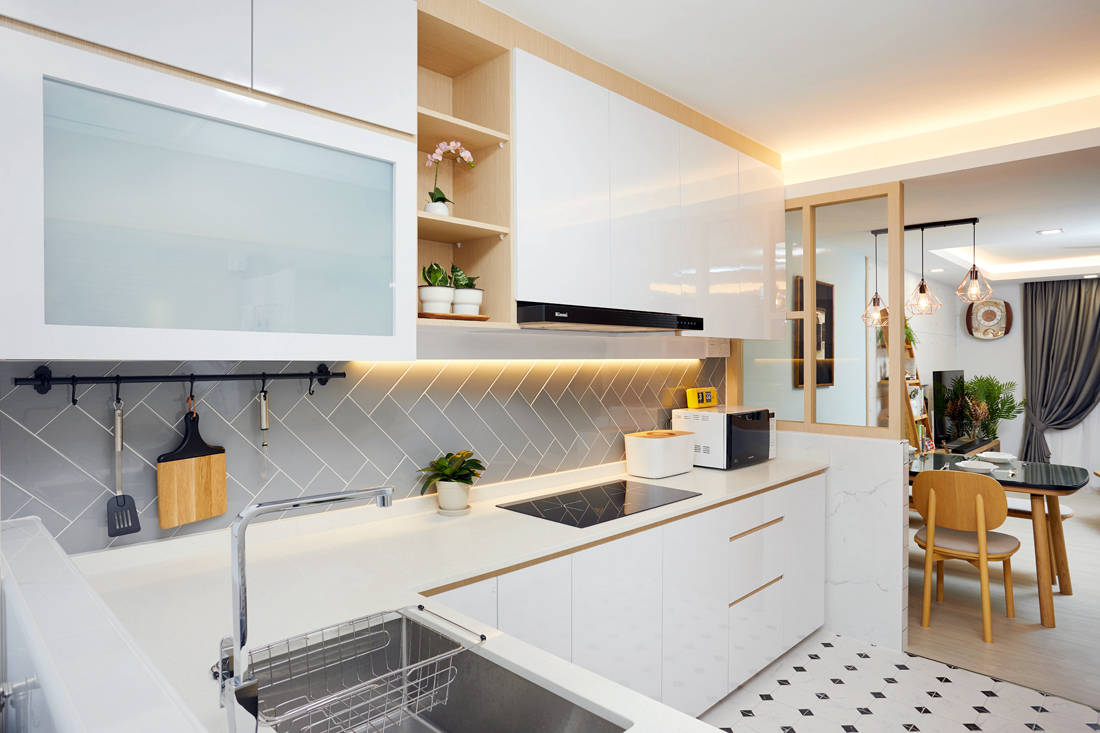 Separated by a half wall divider composed of glass and laminates, the kitchen exudes a cosy cottage vibe. Jian Wen played with different tile treatments in this open cookspace to amp up its visual interest. “We utilised grey subway tiles arranged in a staggered formation for the backsplash,” he explains. “The flooring is then laid with homogeneous tiles for a classy look.” 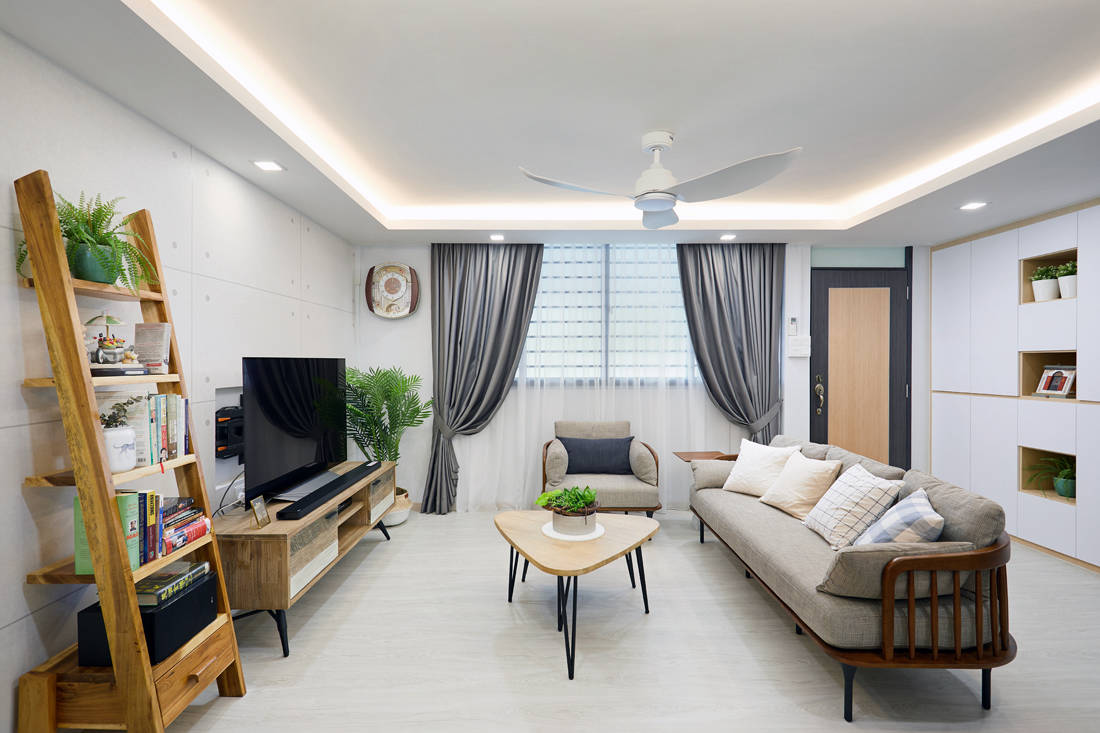 To create an impression of a large space, Jian Wen and his team furnished the main living area with loose furnishings instead of custom built-in fittings. The homeowner also stuck to mainly wooden furnishings with a Scandi-industrial aesthetic, which give this space its characterful look. 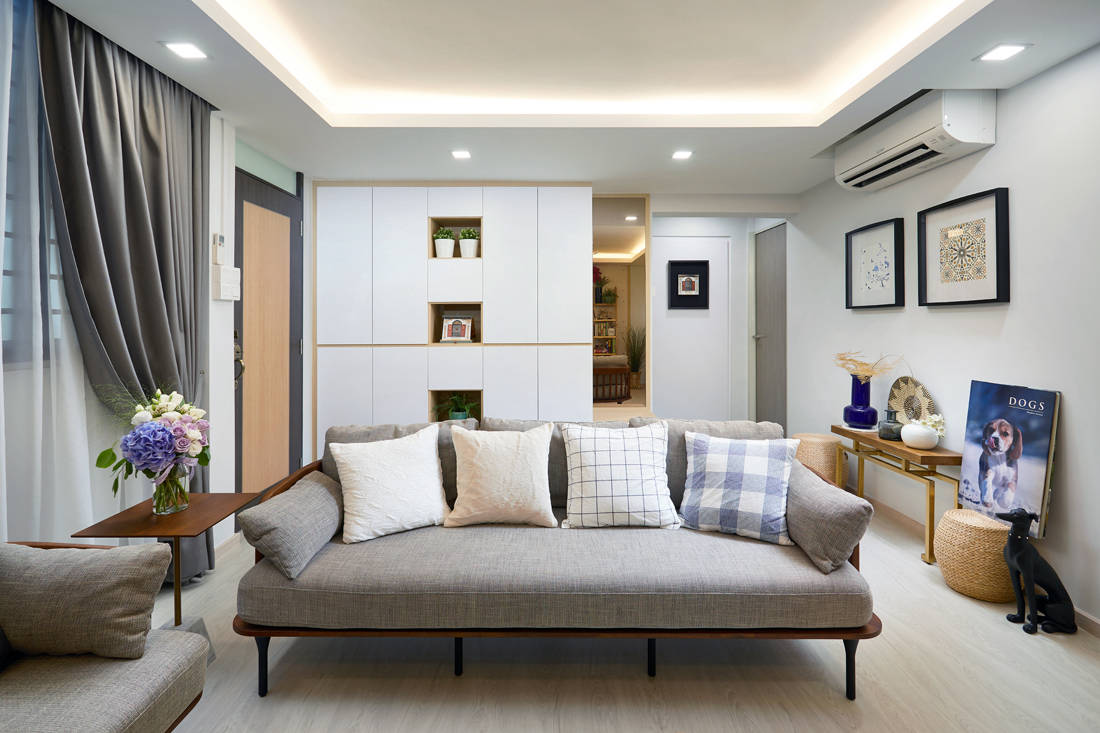 A full-height cabinet extends the functional use of the foyer; this custom fixture is a shoe cabinet, display showcase and storage all integrated into one. Jian Wen and his team even had a full length tinted mirror installed at the side for the homeowner to check on her appearance before leaving the house. 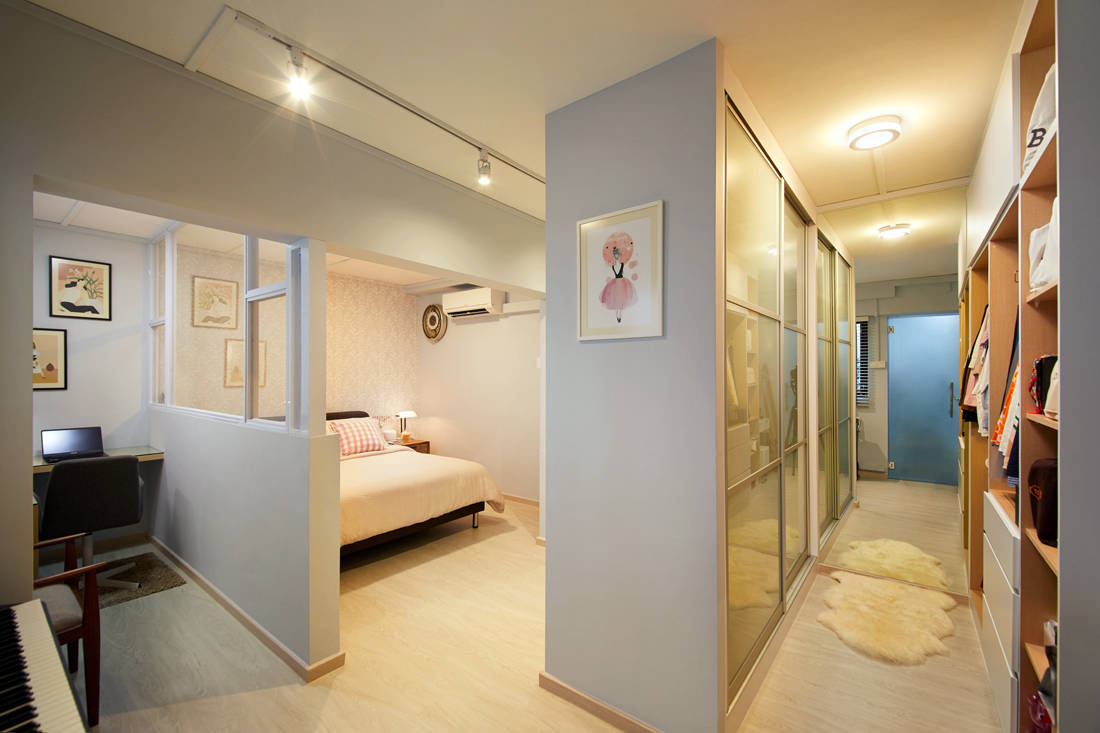 Other than the communal zones, the master bedroom went through an extensive overhaul where it was combined with a common bedroom. “The homeowner wanted a study and a walk-in wardrobe in her private quarters and to make room for it, we decided to expand the master bedroom,” Jian Wen reveals. He then put up dividers to better demarcate the different amenities and dressed the sleeping area with wallpaper for a cosy touch.

Thanks to his foresight and thoughtful space planning, the homeowner was completely on board with his proposed design plans and that facilitated a smooth-sailing renovation from start to end.