Reshaping an odd-shaped apartment to be perfectly kid-friendly

Through a series of elegant interventions, a small and angulated apartment space has been made an ideal family home, complete with a play zone.

Creating a comfortable family home for three out of a 980-square-foot apartment might appear like a rather tall order, especially if one factors in an odd-shaped layout. But that’s precisely what designers Choo Yih and Wei Lu from Happe Design Atelier have given their clients.

“The owners are Taiwanese, but lived in the States before settling in Singapore,” say the designers. “The husband and wife are very family oriented, so when it came to the design of their home, they were more concerned about their child and how to make space for her.” 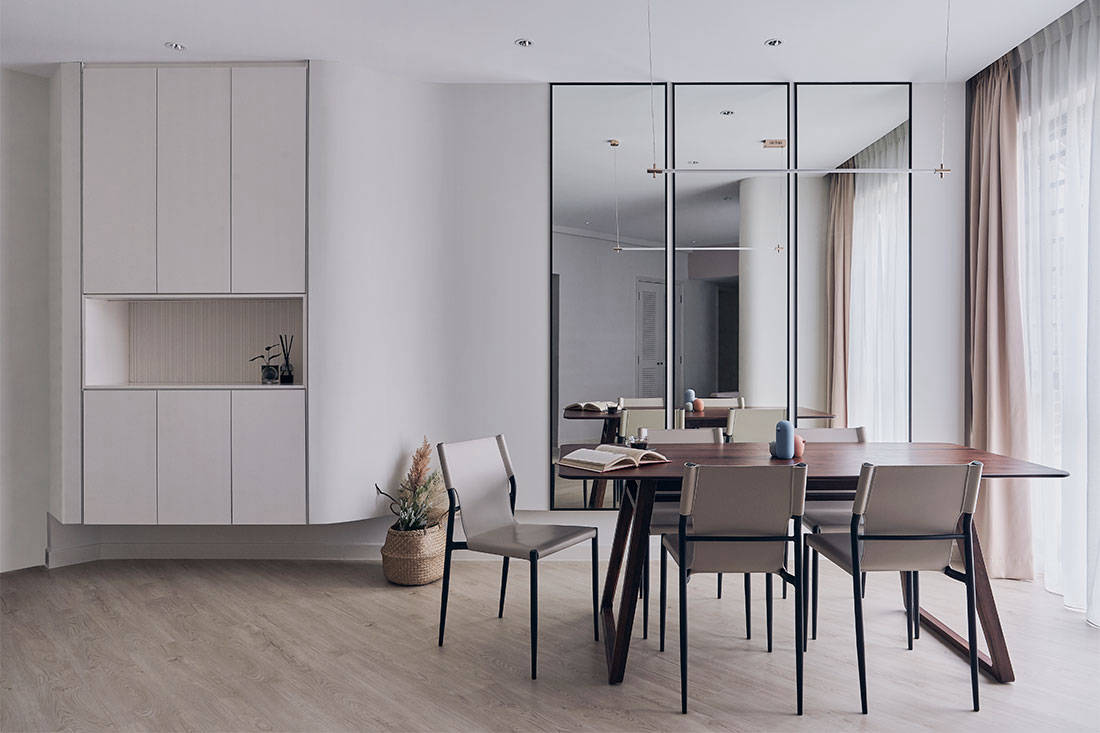 Rather than a major overhaul, the designers have created a kid-friendly home that is also perfectly elegant through a series of thoughtful and decisive moves. Each move shapes the space to become wholly fit for purpose, and for the life the family desire to have.

“The main focus for this project is the living room space. Due to the original form of the building, the living room does not have a typical squarish layout but is instead odd-shaped,” explain the designers. “Our clients wanted a family space that catered for dining, a play zone for the kid, and also a living area,” they continue. 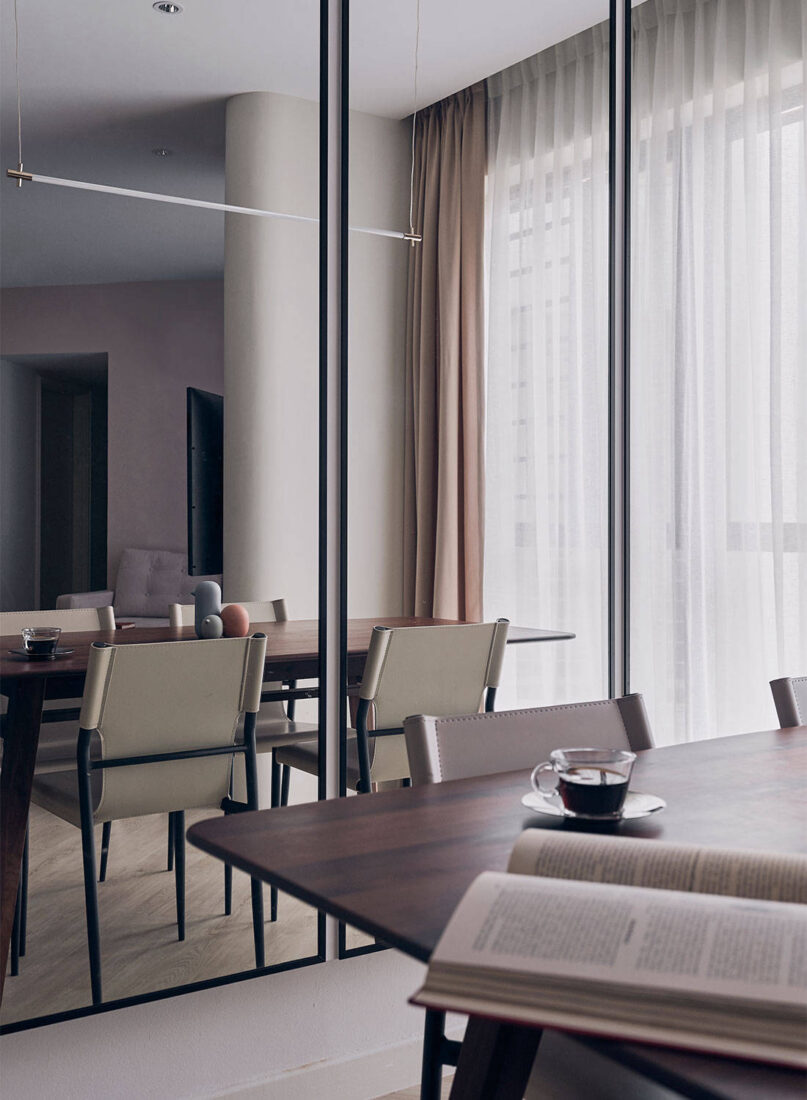 One of the first things the designers did was to reshuffle the living and dining zones to make the home more toddler-friendly, and to carve out a play area in between. “Setting the couch against the wall prevents potential accidents of a child falling over. We have also made a conscious decision to set the dining area in its current location to create a more open and inviting feel upon entry, leaving the living room to feel more private,” they explain. 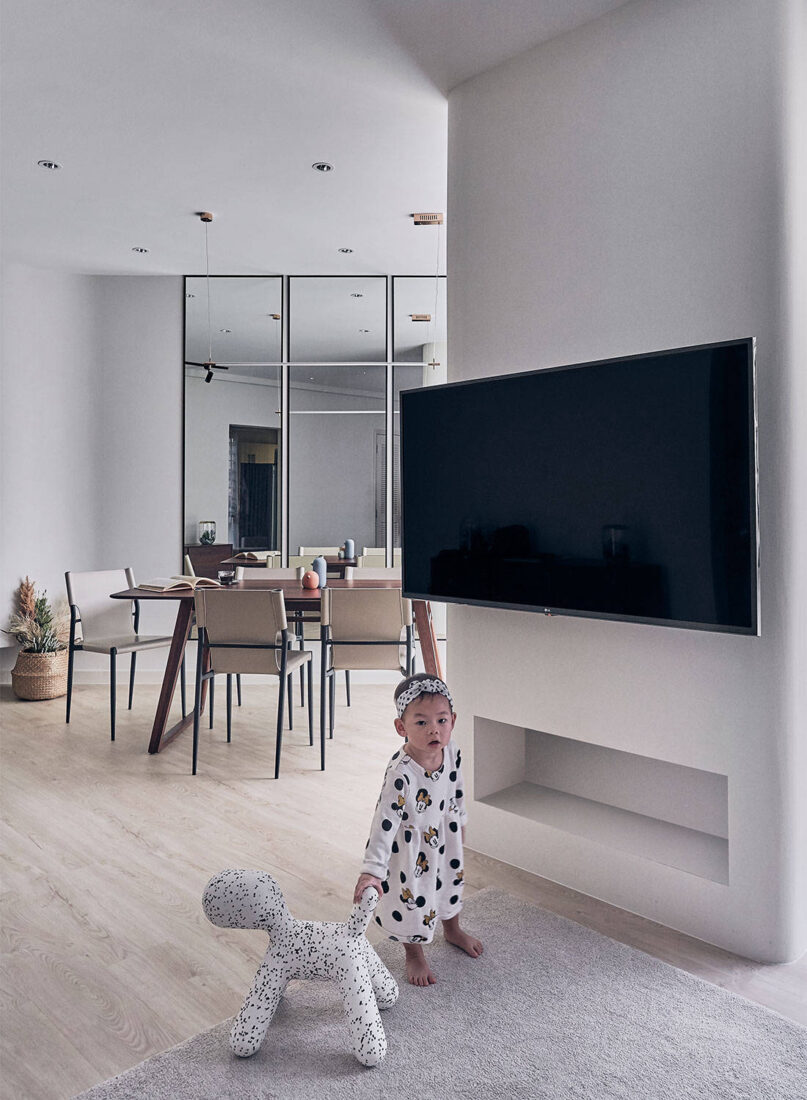 Curved surfaces were used to soften all the edges and kinks in the apartment – and again, to make it safer for the child.

One of the most distinctive features in this apartment is the TV console. The designers have ‘repurposed’ the original angulated columns of the apartment, giving these architectural structures ‘new life’ as a functional element that also adds personality to the space. 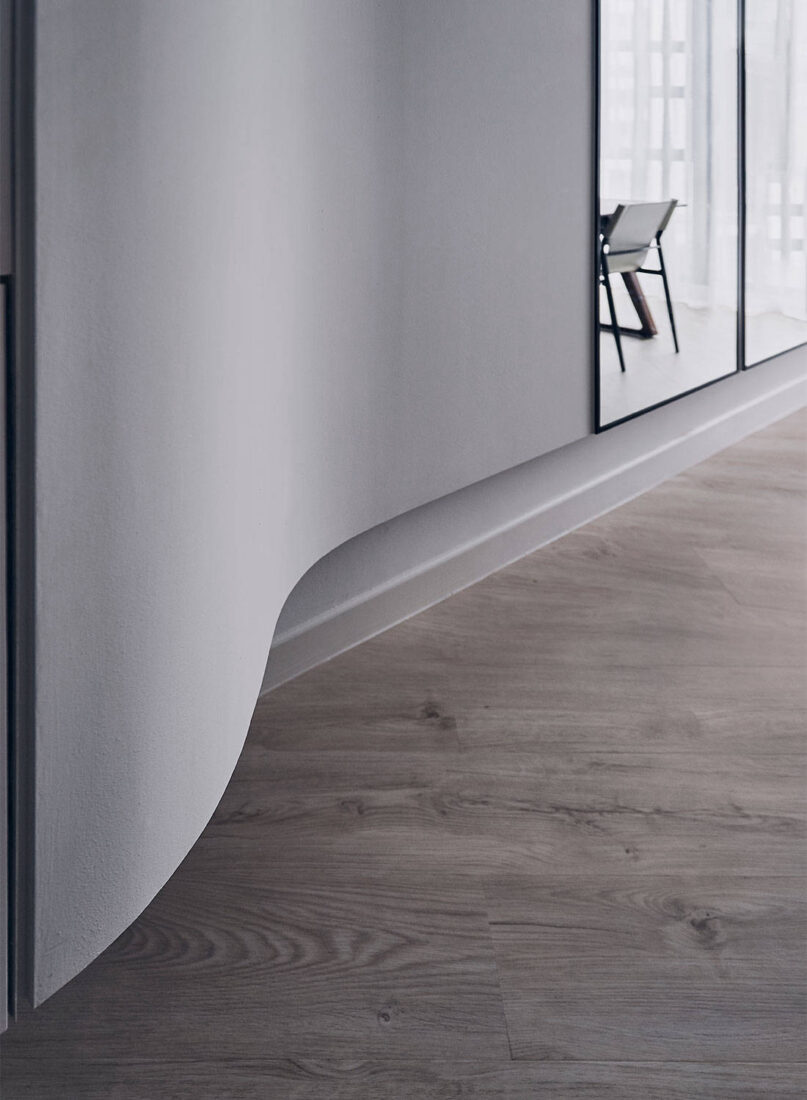 Given its angulated layout, the apartment appeared smaller than it actually was. Space enhancing elements such as full-height mirrors were therefore also applied on walls to increase the perceived depth of space. They also bring greater elegance to an already sophisticated but wholly child-friendly home where the young one is free to roam and play.