While the pairing of a mid-century modern style with modern industrial accents sounds like a mismatched ensemble, IN-EXPAT made it work in this HDB flat with a less-is-more design ethos.

Designer Jacinda Dymara of IN-EXPAT has conceived a clean-lined yet edgy mid-century modern aesthetic  for the young couple living in this HDB flat. It shows  in the pared-back setting of whitewashed walls, which highlights the custom carpentry in dark woodgrain accents. These clean forms of rich wood textures belie a generous amount of storage and are paired with black metal-framed shelving. Next to it is a black feature wall with brass trimmings that conceals the entrance to the household shelter. 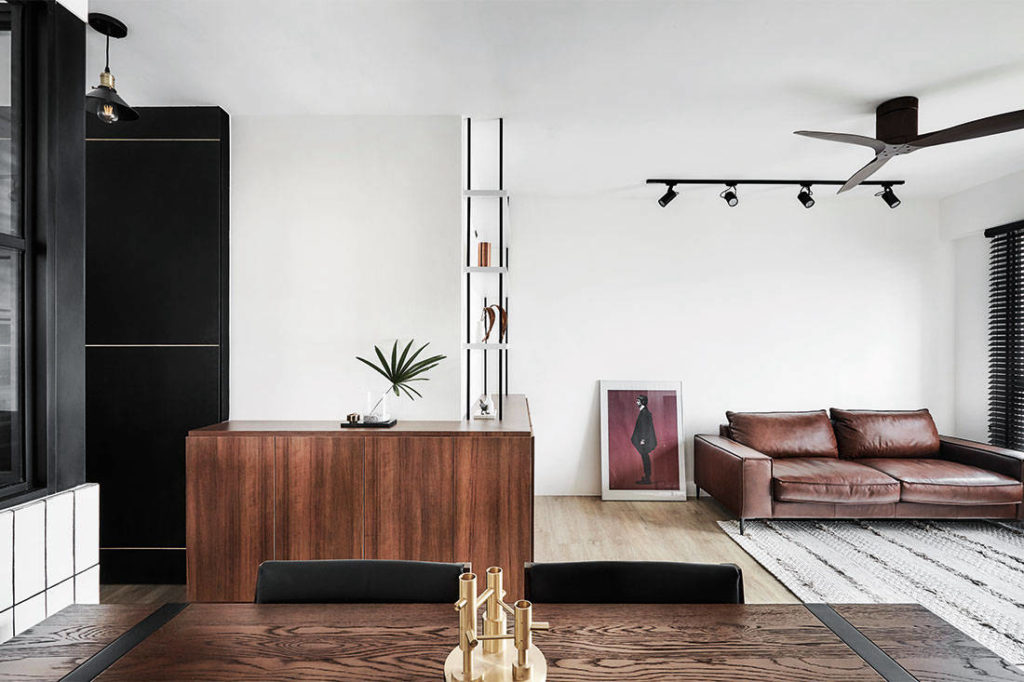 Since the homeowners specified for a deep, bold style without going overboard, the designer utilised a distinct-looking series of tiles for an understated touch. “To achieve the look, we decided on unconventional tiles instead of going for the standard 300 by 600mm size,” reveals Jacinda. These white rectangular tiles dress the half-height wall fronting the semi open-concept kitchen. 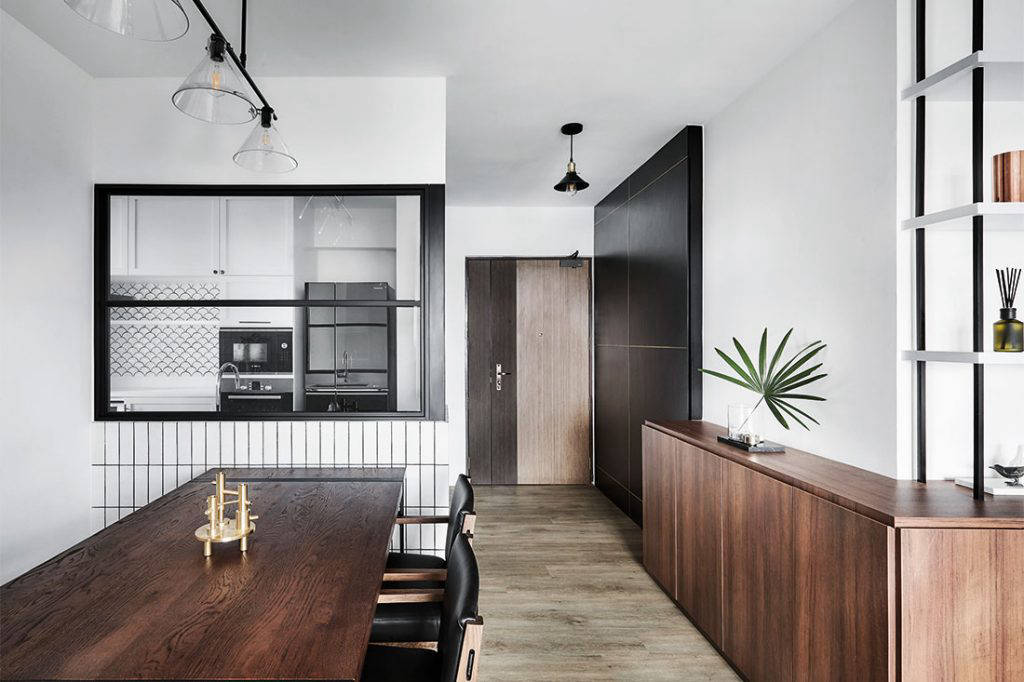 The same rectangular tiles reappear as the backsplash in  the monochromatic kitchen. The other backsplash, which anchors the service area, features unique scallop tiles. The galley kitchen presents a larger expanse of space as both the yard wall and the boundary wall between the kitchen and the dining area have been removed. By erecting a new half wall topped with aluminium black framed glass panels next to the entrance, an abundance of natural light now floods the kitchen. 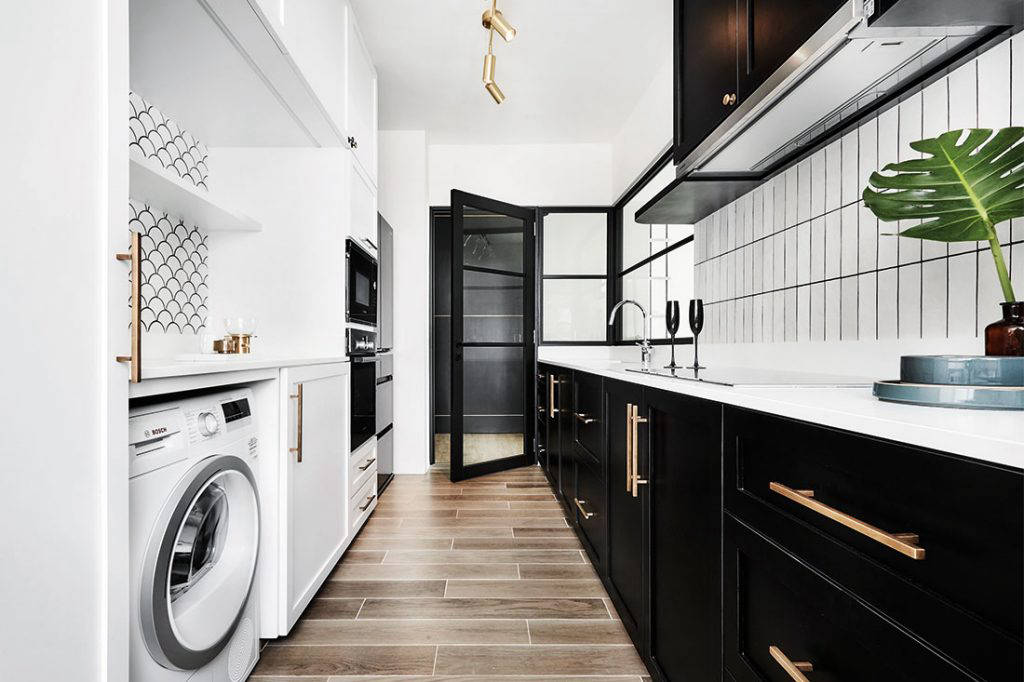 The master bedroom in this mid-century modern abode underwent a massive transformation as the designer expanded the space into the adjoining common bedroom. It was an executive decision to merge the rooms as the homeowners were concerned with the wardrobe being too compact in the original layout. Jacinda reveals: “I designed a see-through walk-in wardrobe with black aluminium framed glass panels that echo the kitchen divider.” Another design highlight is the blue accent wall. The designer initially had trouble finding the right deep blue tone for the kitchen cabinets, but found the perfect shade for the bedroom wall instead. 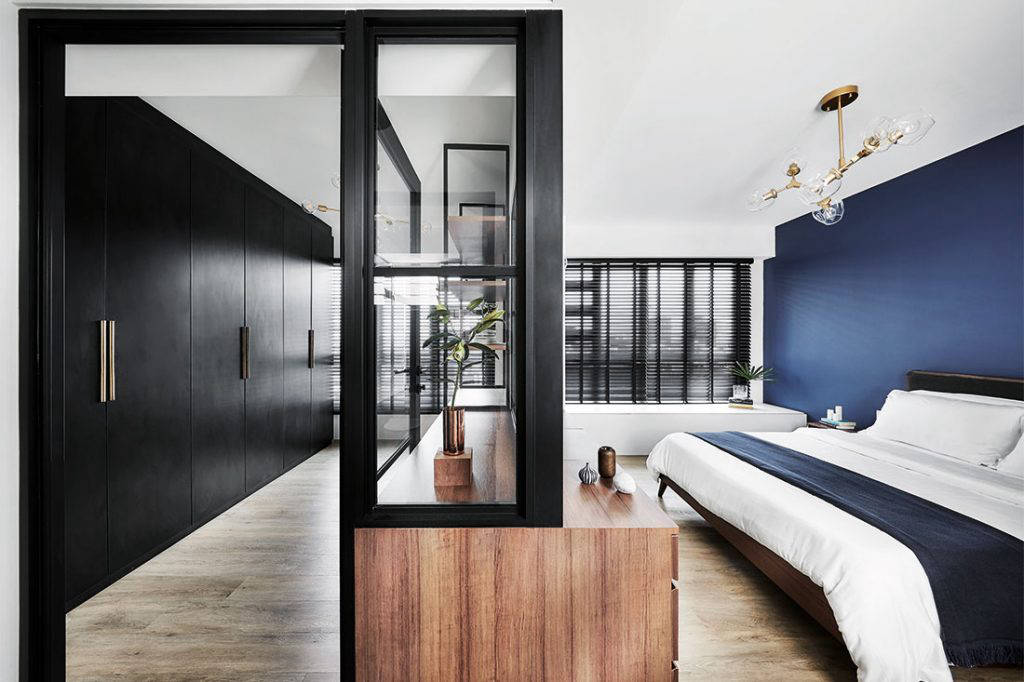 With the black aluminium framed glass panels segregating the walk-in wardrobe from the sleeping area, “this maintains a spacious and airy expanse  of space,” says the designer. Open shelving also helps in this aspect while the console with a custom clothes hanging bar and shelving help maximise storage space within the room. 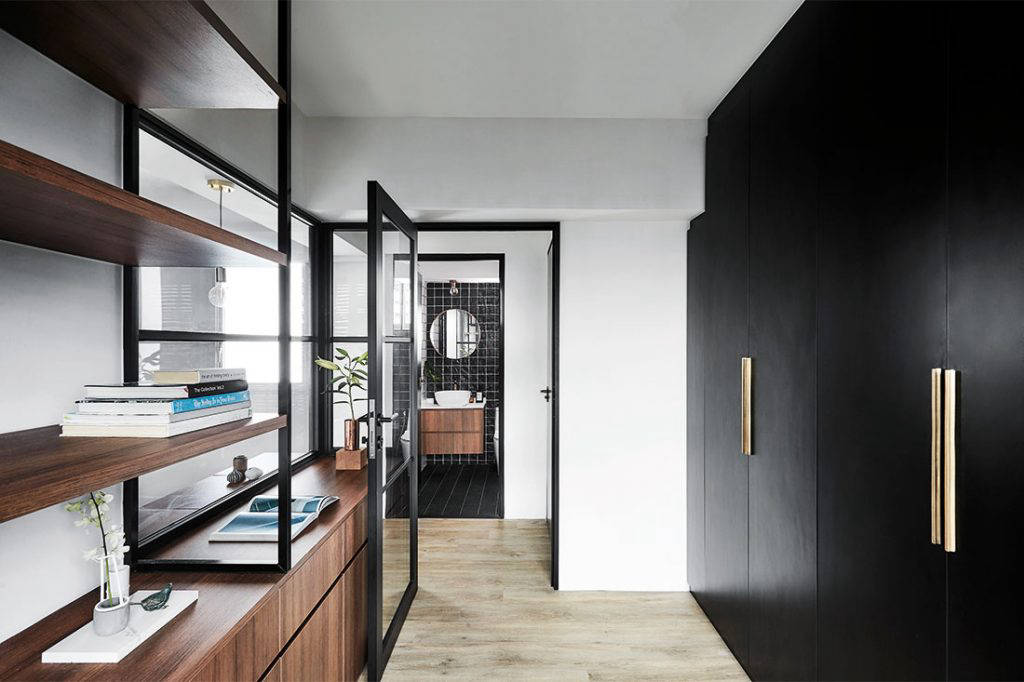 The master bathroom features an edgy contrast on tilework. One wall is clad in black square tiles with white grouting while the other three walls sport an opposite spectrum of colours. Rose gold finished fittings lend a metallic contrast and soften the overall masculine appeal of the tiles. 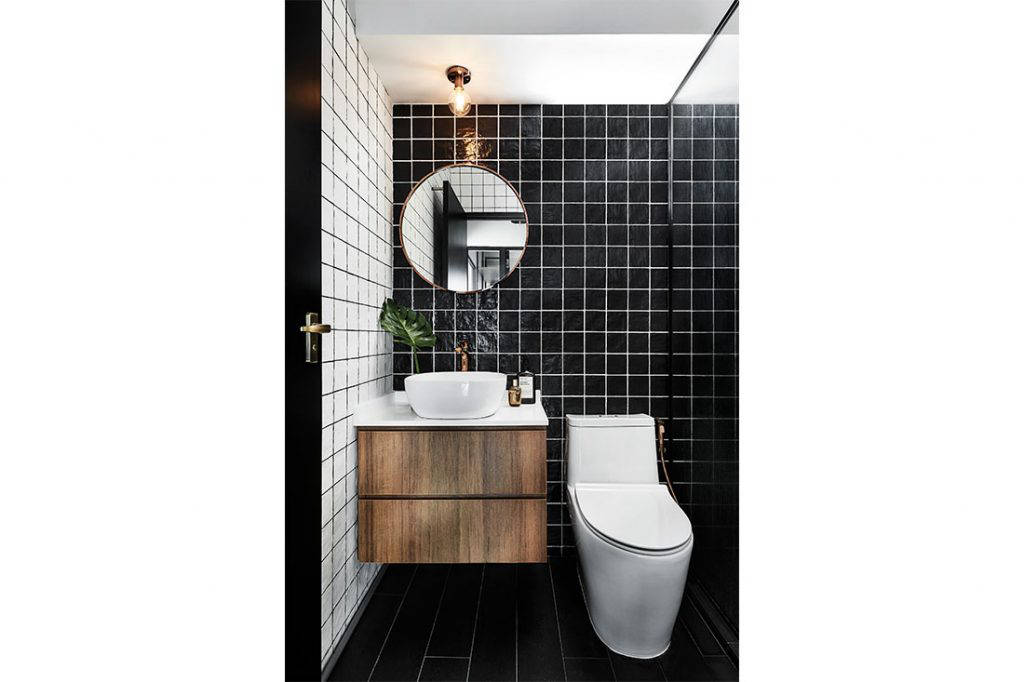