An awkwardly shaped apartment now a spacious and liveable home

Clever design solutions bring out the potential of this awkwardly shaped apartment, and maximises the occupants’ enjoyment of the view outside.

This home, while fairly spacious, was composed of awkwardly shaped rooms and angular walls that could have been a challenge to work around. 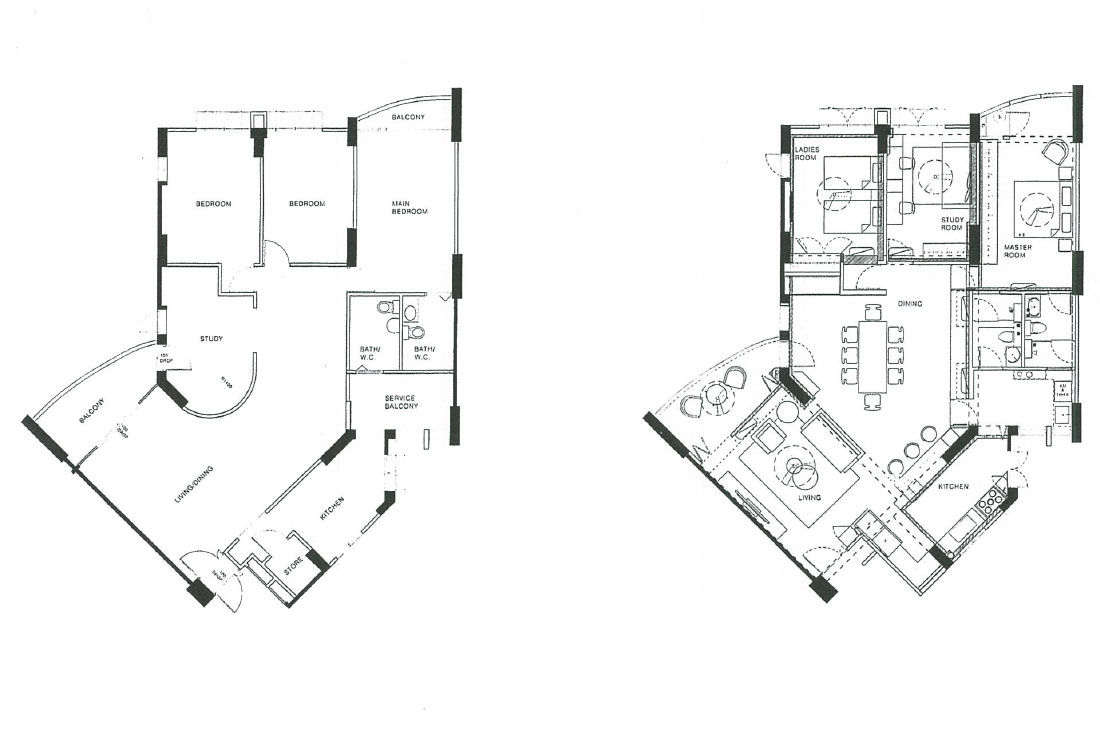 Interior design studio D’ Marvel Scale saw its potential, and made the decision to knock down the curved walls around the original study room for a more efficient spatial flow and to bring light deeper into the home. The newly reclaimed space was then integrated into the dining area, enlarging it and establishing a visual dialogue with the adjoining living room and the large balcony. 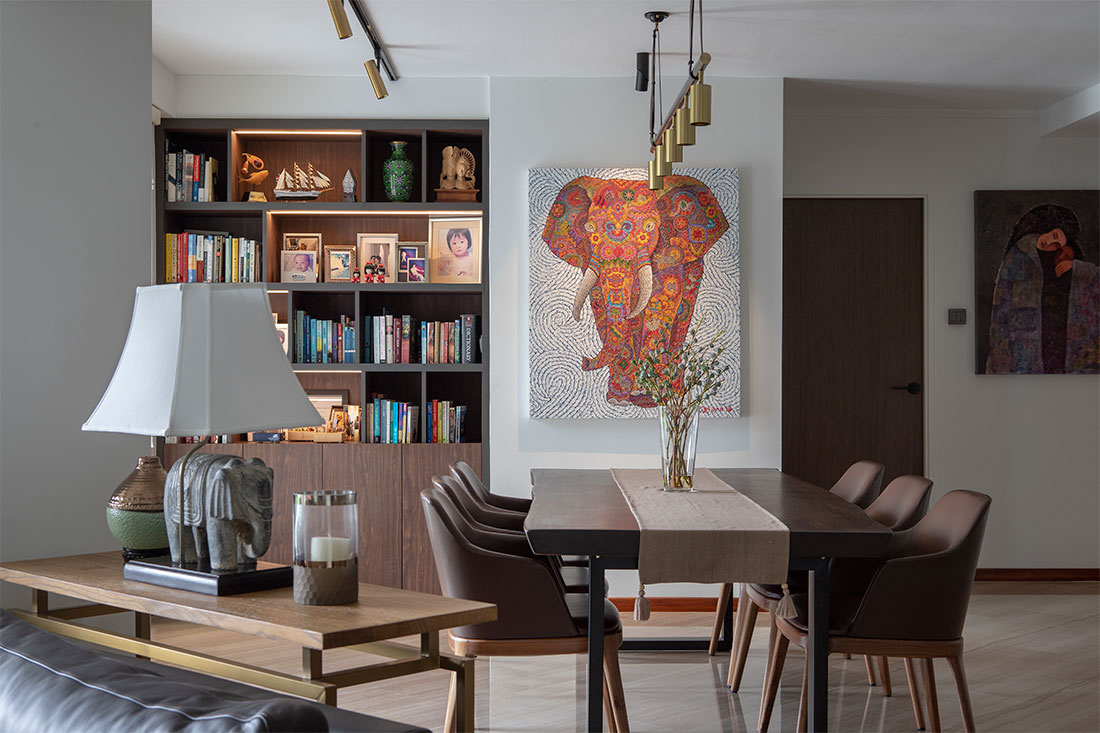 The new layout has been designed to frame the view of the trees outside, giving the occupants the feeling of being nestled among lush foliage. So the designers replaced the sliding balcony doors with bifold ones that could be pulled back fully to allow unblocked views and create a natural extension of the living space. Important functions such as the sofa seating has been pulled right up to the windows. Even the kitchen is oriented outward for the full enjoyment of the canopy, where the wall has been removed and replaced with an island that offers more counter space for food prep and casual meals. 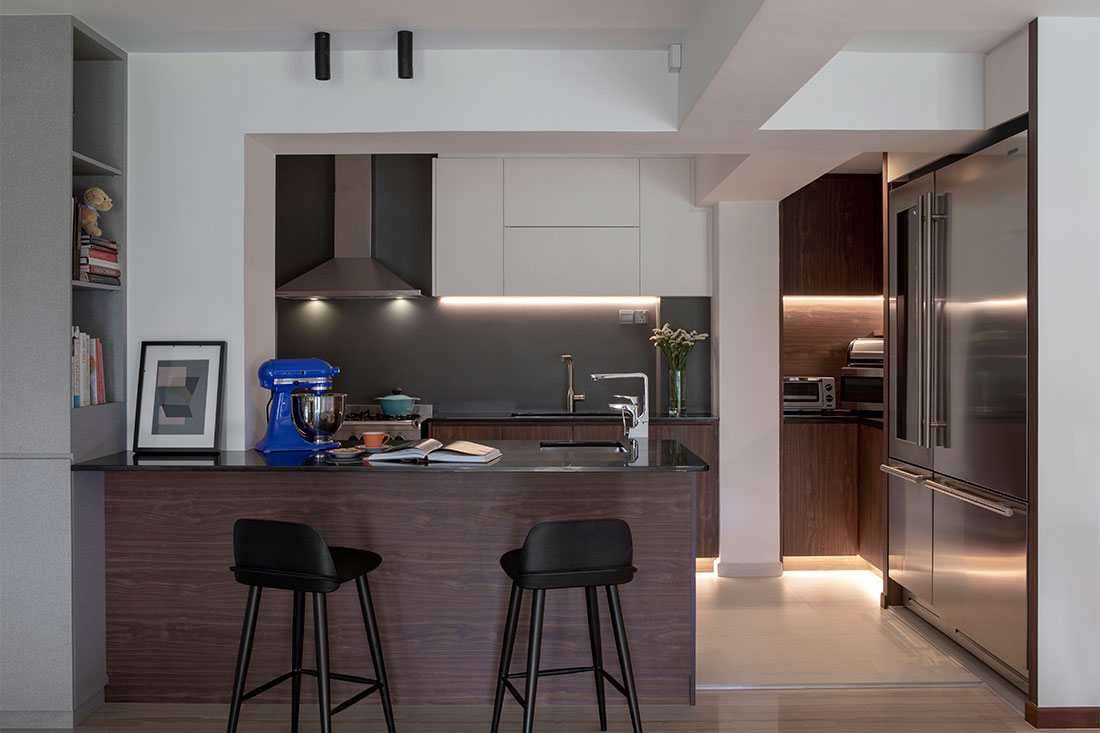 With an expanded living/dining space, it was possible for the designers to line the wall next to the kitchen island with a row of floor-to-ceiling cabinets. This custom feature also hides the entrance to the service balcony that leads into the common bathroom. 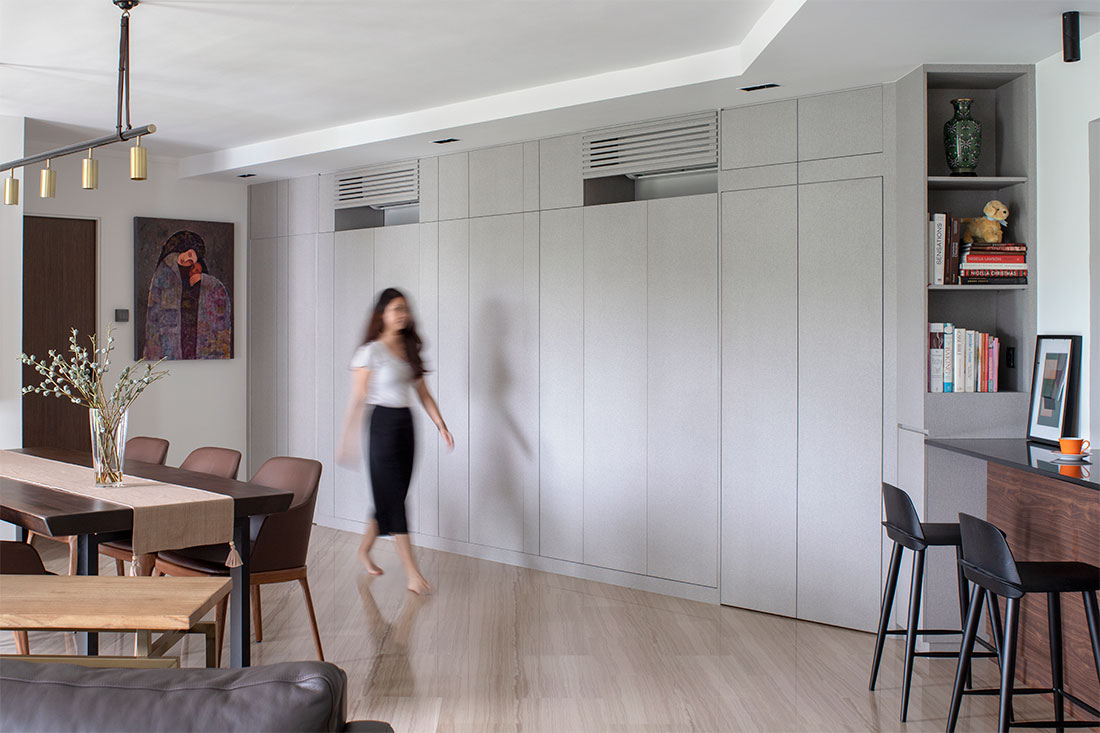 Similarly, symmetry is achieved in the dining area and master bedroom. The wall recess in the former has been put to good use with customised inset bookshelves. Meanwhile, a simple curtained screen cordons off the open balcony in the latter for a more efficient rectangular layout. The result is a sleek and seamless interior that does not distract from the home’s aesthetics. 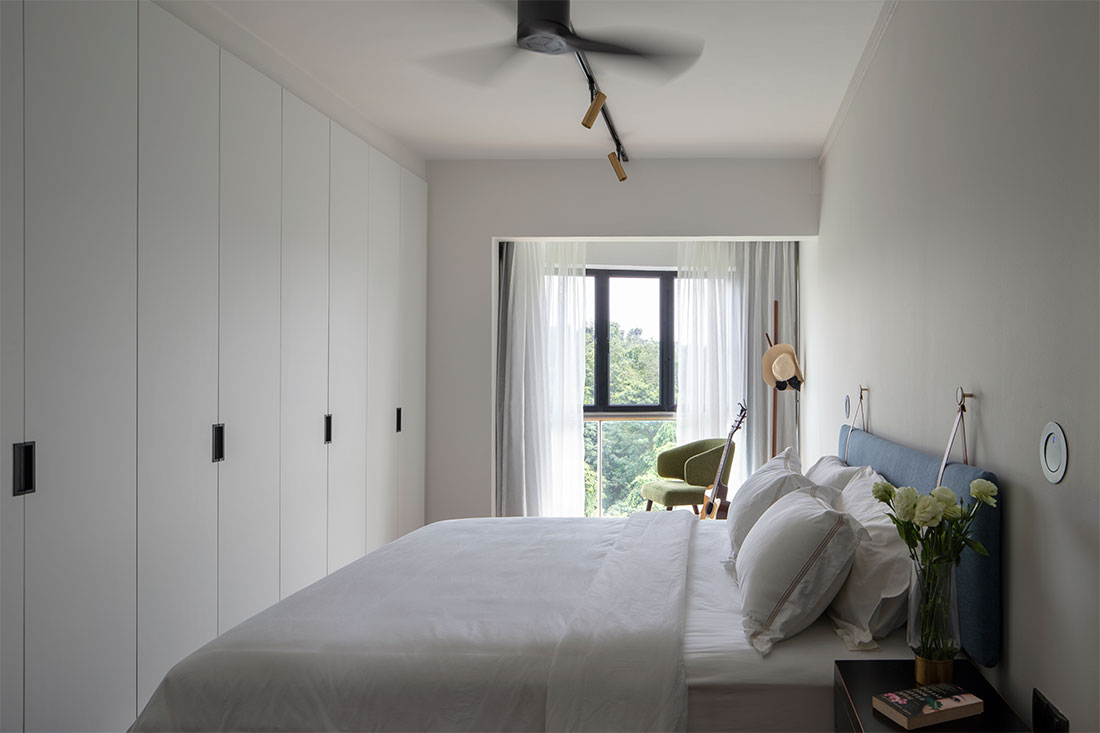