Through a series of clever design interventions, this penthouse designed by Metaphor Studio is now an elegant and comfortable dwelling that a family of five can call their own.

While a four-bedroom penthouse spanning 2,875 square feet might sound luxurious, there were critical elements in its original plan that needed to be addressed to properly meet the needs of a couple, their teenage boy, and their two elderly parents. 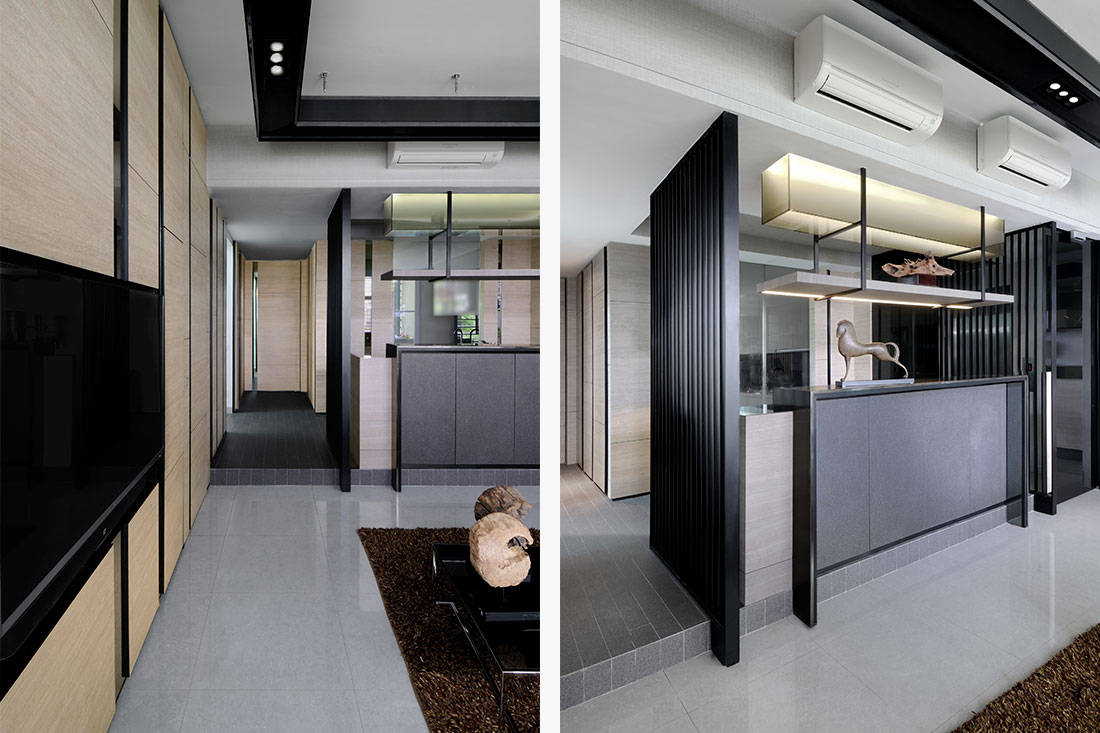 “The owners desired a more open space. Included in the brief, too, was to turn the four existing bedrooms into three with en-suites,” says Stephen Goh of Metaphor Studio. Aesthetically, the clients were keen to move away from the ‘raw industrial’ concept of their previous home, to one that epitomised ‘understated luxury’.

More than just a look, this has been defined by way of a spatial plan that affords comfort, and that encourages greater light and air circulation for an overall sense of well-being. 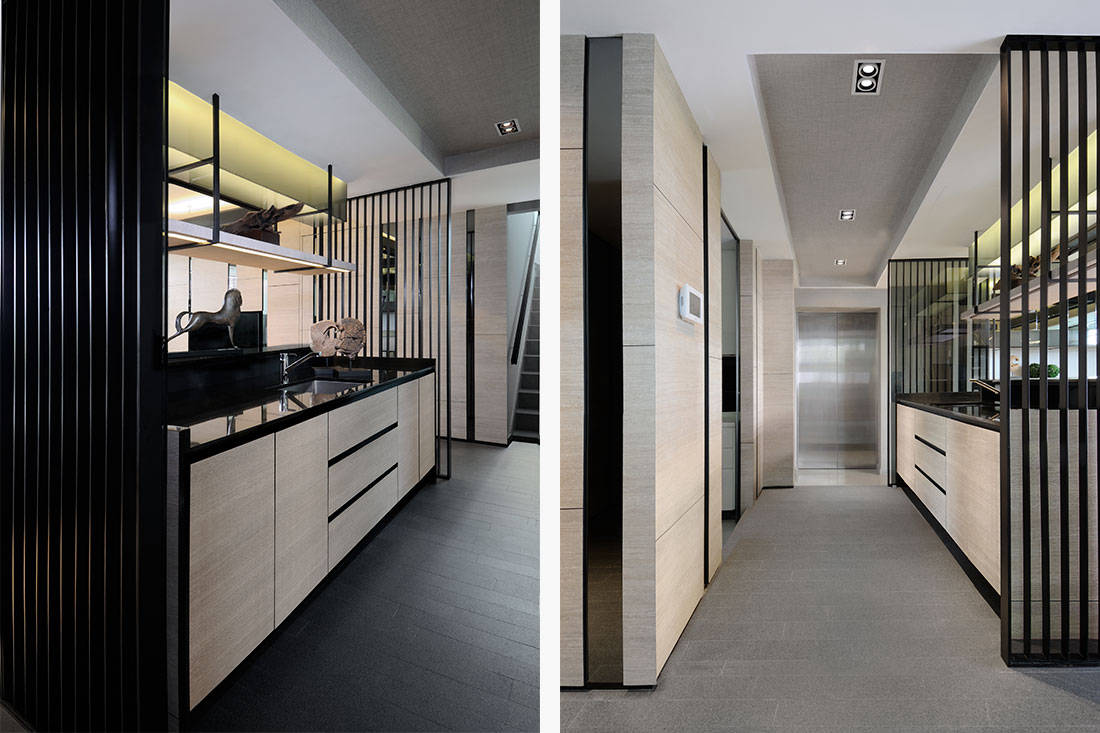 To begin with, previously disconnected front of house areas are now better linked for improved ease of movement and visual flow. For one, the private lift lobby wall has been demolished to give the family direct access to the newly created dry kitchen island; it’s separated only by a glass sliding door that allows views through while keeping cooking fumes at bay.

The custom kitchen island now serves as the central focal point of the communal living space. “It connects the living area and kitchen visually while at the same time segregating them physically,” Stephen explains. Open shelving to display objets d’art preserves the open feel while elevating the space to that of a showpiece. 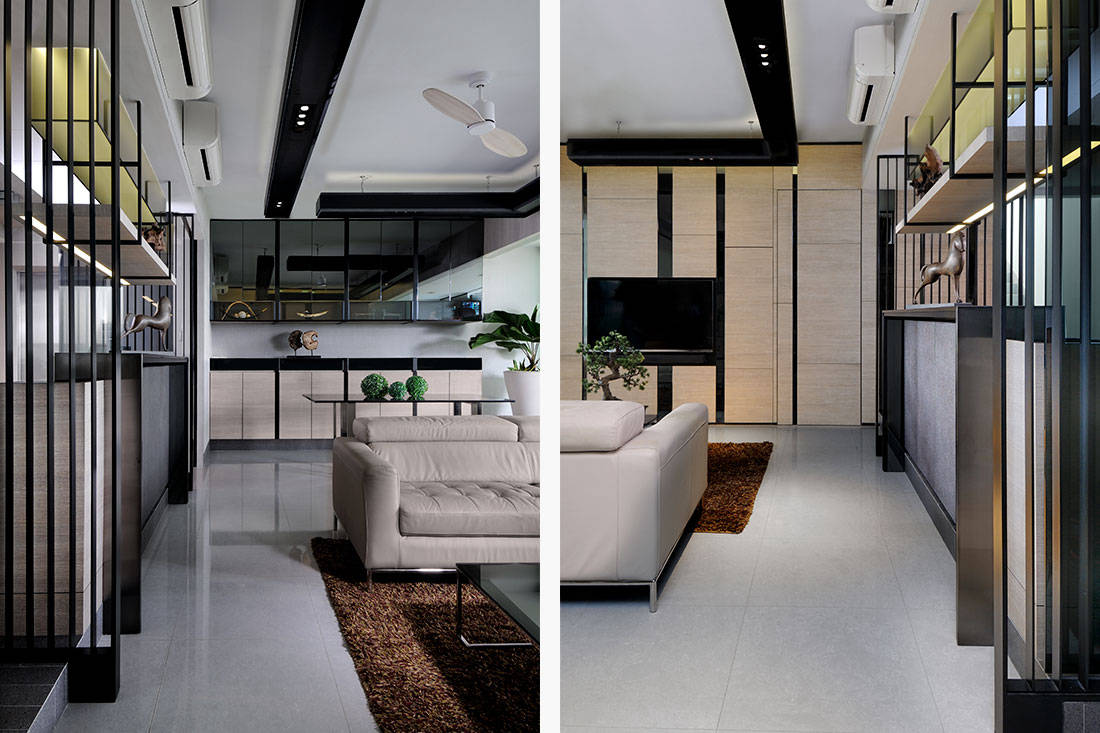 Another notable move was the removal of the existing aluminium and glass sliding door at the balcony. “This allows the public space (living and dining area) to extend both visually and physically beyond its restricted boundary. The spaces can thus be read in layers within a single axis – kitchen, serving island, living area, balcony (semi-outdoor),” says Stephen.

Taking their cue from the idea of understated luxury, the material and colour palettes are elegant, with light wood tones pairing smartly with black and greys. A stone textured laminate surface wraps all the wall panelling and built-in cabinetry. Functionality is also factored in, with a built-in console incorporated in the dining area to store dinnerware and other essentials. 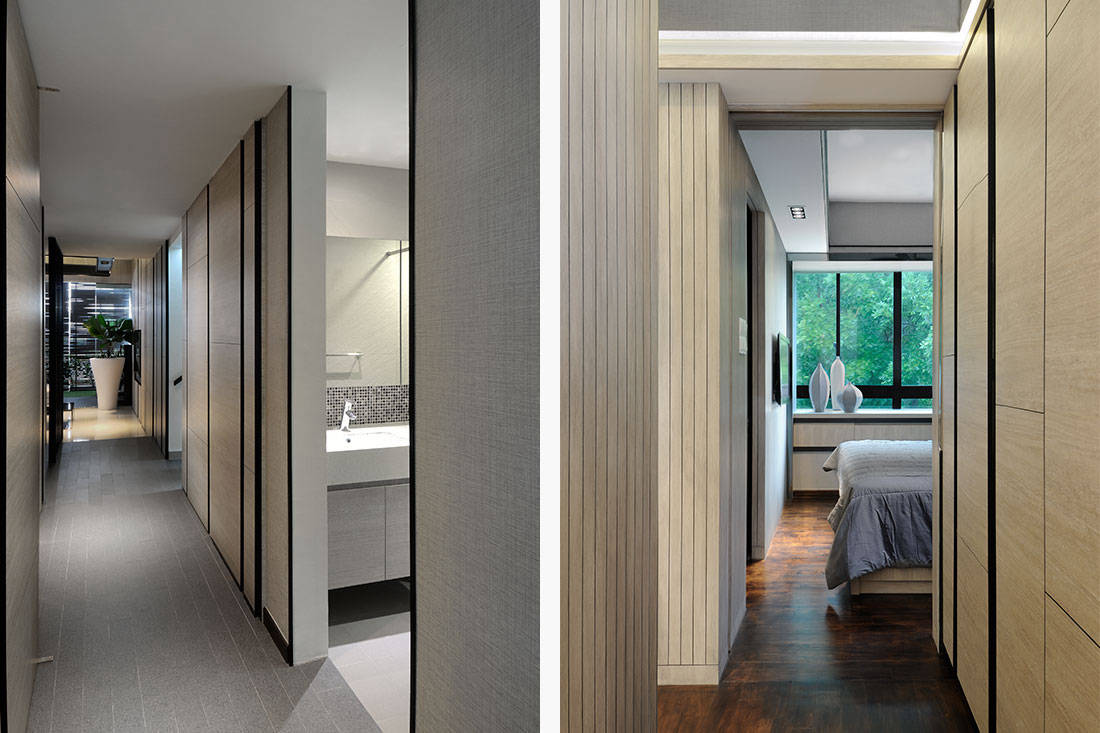 Importantly, clever space planning has met the requirement to convert the four-bedrooms into three with en-suites. All bedroom doors are camouflaged as wall panelling, and lead the eye deep into the resting quarters where privacy and circulation have been well considered. Furthermore, all rooms enjoy uninterrupted views of the surrounding greenery, which in this already beautiful penthouse, is the definition of true luxury. 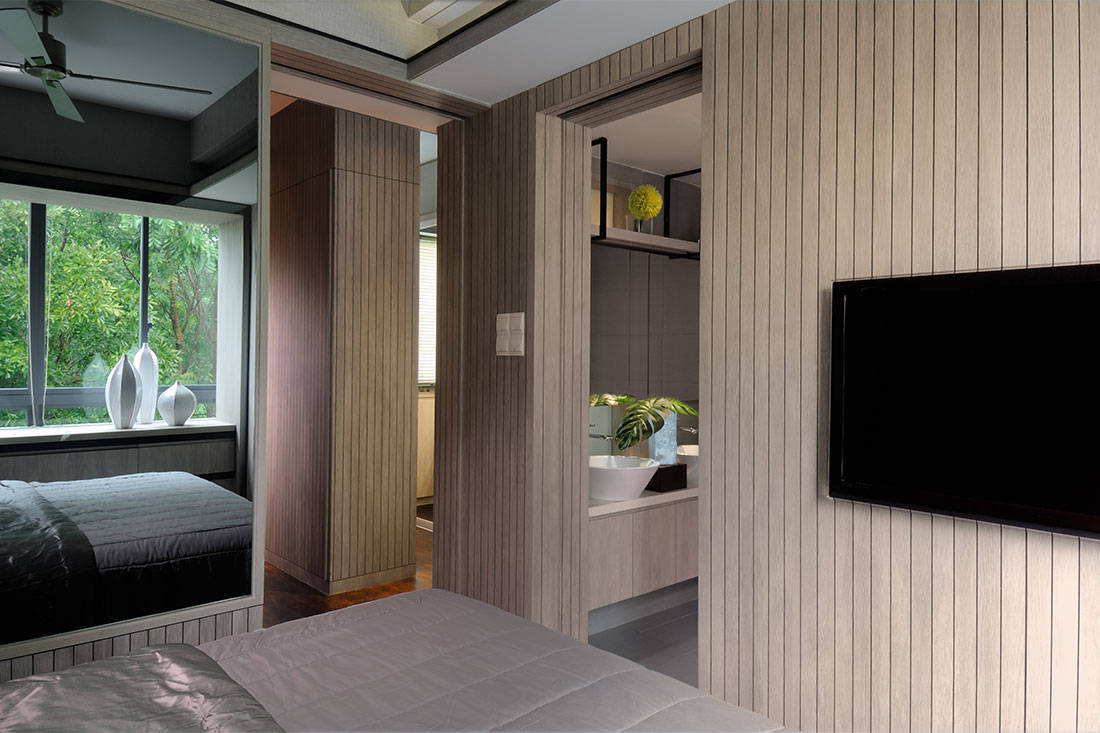