For Metaphor Studio, the work of interior design is one to undertake with discipline and rigour. Its consistency and mastery garnered the studio a Special Commendation at Lookbox Design Awards (LBDA) 2018.

Metaphor Studio was founded by Stephen Goh and Angela Tantry in their home. Twenty years later,  much has changed. While it kept to a close-knit  team of six, Metaphor Studio has built a formidable portfolio of projects that garnered the studio a Special Commendation for Interior Design Firm of the Year at Lookbox Design Awards (LBDA) 2018 – it was one of three firms to be bestowed the award. 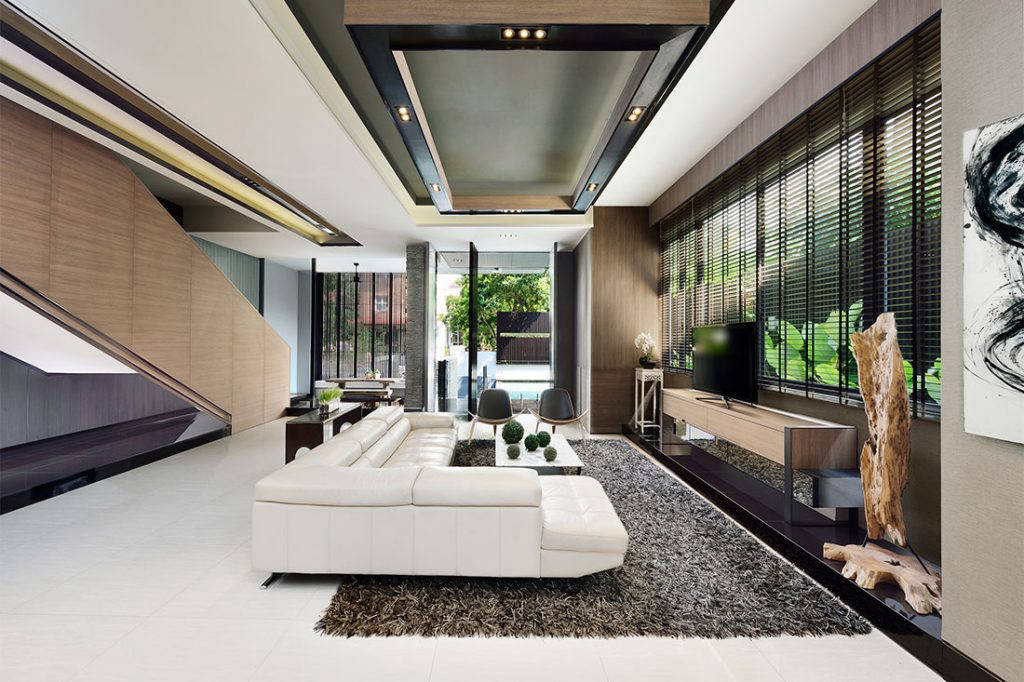 In this landed home, Metaphor Studio played with lines and volumes while maximising the living area’s view of greenery for greater comfort

What ultimately won the jury over was the studio’s mastery at space planning, use of materials, and balance of proportions and scales. These skills were honed through years of practice, one that started long before the inception of Metaphor Studio. Stephen’s design journey began after he completed his ‘O’ Levels. “Instead of going for holidays like many of my classmates, I was asked to spend my time learning some hands-on skills in a carpentry workshop,” the design principal shares. It was not how he would have liked to spend his post-‘O’ levels freedom but the stint sparked an interest, which subsequently deepened when he learnt how newfound friends in other interior fields found fulfilment in their work. 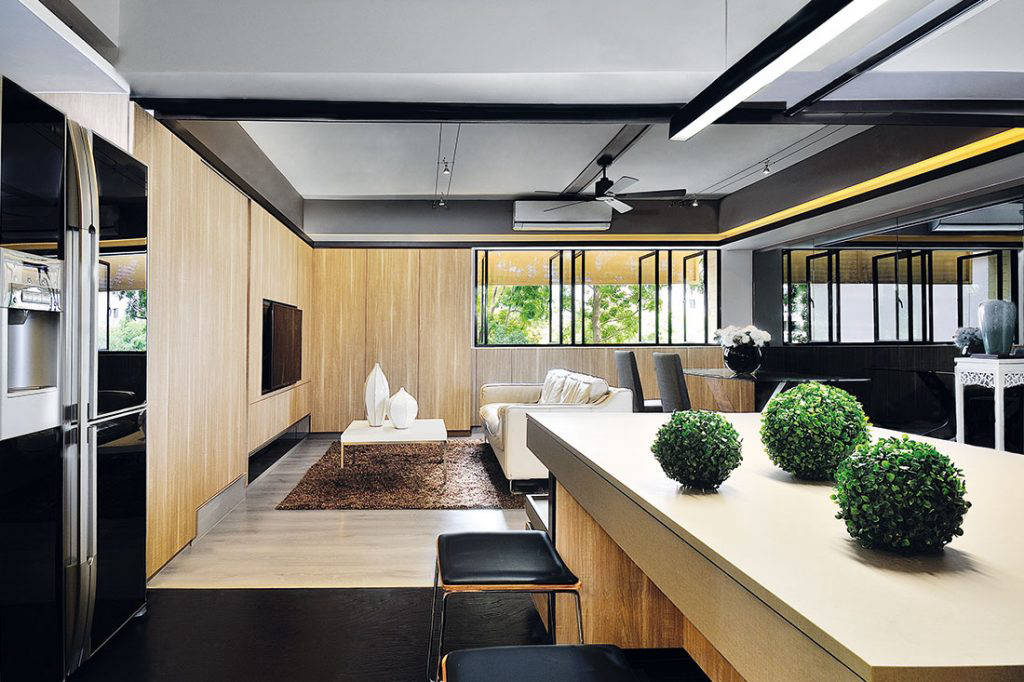 A chance meeting with a designer also led him to pursue part-time interior design courses, followed by a diploma programme. With three years of working experience by then, he studied architecture in the United States and began working with renowned architects. This marathon of a journey led to the birth of Metaphor Studio in 1999.

The experience of the interior space is crucial to Stephen and [design principal] Angela. To this day, he finds joy in the “creative process of understanding a space in relation to the specific requirements of its occupants.” Metaphor Studio’s work can be recognised by its use of dark hues with natural finishes, bold planes and rigorous lines. Each interior presents a meditative quality that melds with the carefully chosen sculptures and accessories. 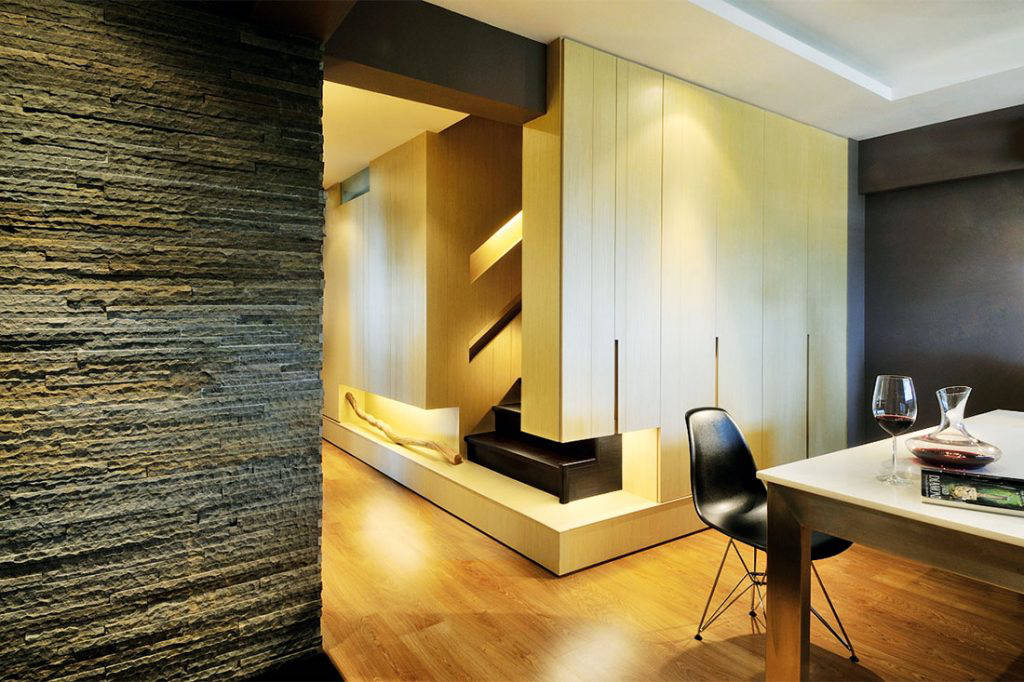 With grey stone textures, woodgrains and strategic lighting, this HDB maisonette went through a dramatic transformation

Says Stephen: “Metaphor Studio is rooted in the traditional culture of developing a design scheme. Without much compromise, we have constantly been practising interior design by being true to the design process, so taking shortcuts is a taboo within our studio because we understand the consequences everyone has to pay.” In an arena where quality is compromised due to time and cost, Stephen believes that having more interior designers with an architectural background could push boundaries and raise the quality of design.

In addition to Metaphor Studio’s exacting approach to design, the studio eschews trends, preferring instead a robust design discourse on what works for the particular home and client. The studio aims to raise public awareness on the practice of residential interior design and elevate the standard by “solving essential practical needs and suggesting better ways to use a space with creative air within the given site,” Stephen explains. “This is one of the most rewarding aspects of being a designer and why I continue doing what I’m doing.”