Air purifying plants: 10 plants that will improve the air quality in your home

Can plants actually improve the air quality in your home? If so, which ones? 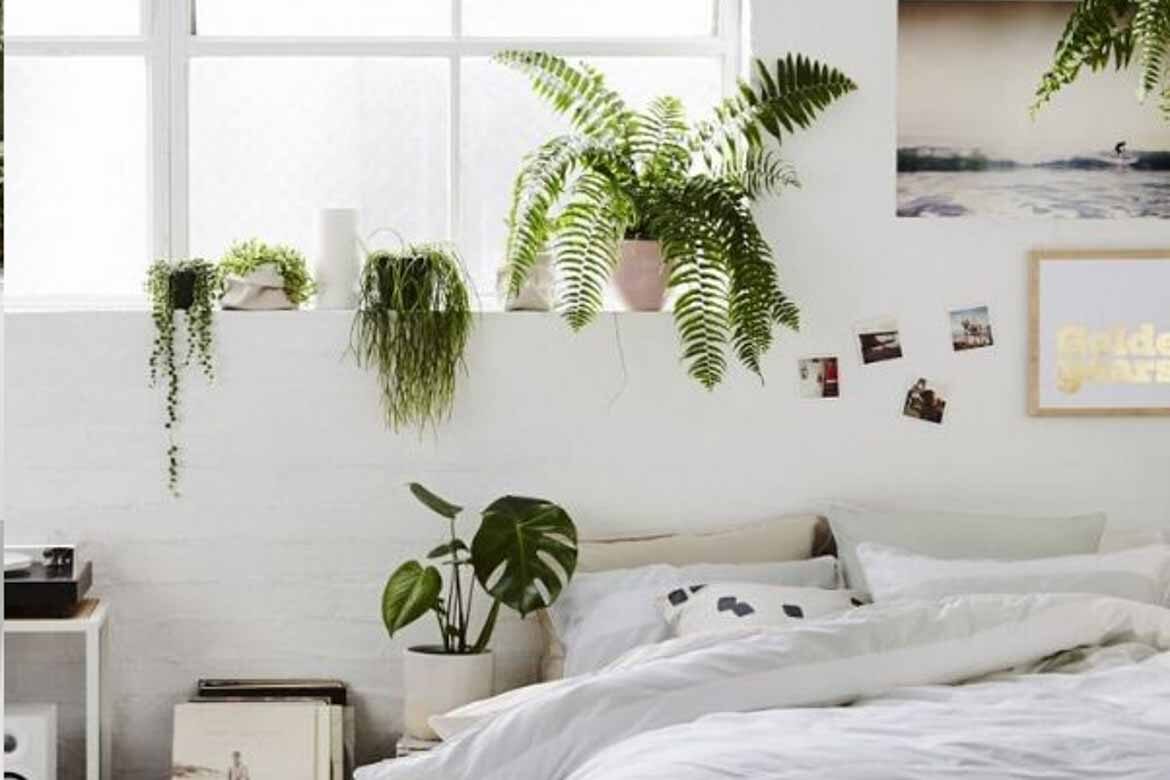 Plants have a number of benefits. They have aesthetic appeal around the home, they inspire creativity, and watching them thrive under care is extremely rewarding. House plants have been proven to improve mental health, being linked to a feeling of “vacation while at home”. They can enhance an individual’s mood, productivity, concentration, and even memory. Gardening and taking care of plants drastically lowers stress levels and can reduce fatigue.

But beyond the psychological, plants have been scientifically proven to improve air quality of their area. In a 1989 study, NASA set out to investigate solutions for ‘sick building syndrome,’ a colloquial term for the myriad of illnesses that were caused by an air-tight interior. Sealed interiors were common during the 20th century as a way to save money on temperature regulation methods, but the lack of fresh air quickly impacted the health of the inhabitants. NASA saw a potential savior in the common houseplant – and they found one.

The conclusion of the “clean air study” was that certain plants can indeed naturally filter pollutants in the air and improve oxygen levels. NASA tested the capabilities of plants to filter air pollutants such as benzene, formaldehyde, trichloroethylene, xylene and ammonia.

Each of these pollutants in high concentration can cause damage to the body, including; dizziness, headache, mouth/throat inflammation, and liver and kidney damage. This is important to consider because the pollution levels indoors can reach up to five times higher than outside air quality. The NASA study found that two plants were actually capable of reducing all five of these pollutants at once: peace lilies, and florist’s chrysanthemums.

IMPORTANT: One of the most crucial things to consider when buying a house plant is that some of these air cleaning plants can be toxic to pets. Please check your desired plant on the RSPCA’s Toxic Plants for Pets list. Lilies in particular are very dangerous for cats and ingesting even a tiny amount of a lily plant can cause kidney failure. Please be aware of your pets needs and know in advance the exact effect that your future houseplant will have on them.

Up to 90% of air pollution can be caused by the chemicals in the home. According to the NASA study: Trichloroethylene is common in paints and varnishes, paper bags and synthetic fabrics have been known to house Formaldehyde, Benzene can be commonly found in tobacco smoke and fabric dyes, Xylene is produced from car exhausts and Ammonia can be found in most cleaning products.

It is important to remember that air purifying plants are not a miracle fix. Scientists have estimated that house plants make only modest contributions to the overall reduction of the world’s air pollution, estimated at a generous 0.9-9%. There is also reason to believe that plants need to be in great volume to have the purifying effect – perhaps a wall of plants could make a significant difference.

One plant in a severely polluted room probably won’t make much difference, and one plant alone will not improve asthma. But in the right situation, a houseplant can certainly have some effect on the air quality. You will need to judge for yourself what the right cause of action will be for your home. For those who want all of the psychological as well as the physical benefits that come with housing indoor plants, here is a list of the top ten plants for air purification.

Note: while many associate Fern Air with the plants on this list, Air Fern is technically classified as an animal, not a plant.

Recognizable by its frilly, distinct fronds, Philodendron Hope is native to tropical South America. It requires a moderate amount of water and light, and can grow up to 5 feet tall if placed in the right conditions. It will be an eye-catching addition to your home, especially when allowed to grow. Like Heartleaf Philodendron, it has been known to reduce formaldehyde levels.

Boston fern is native to many tropical regions around the globe. It is also known by the name “Fake Sword Fern,” for its long fronds. Boston fern thrives in the shade with some indirect light. The fronds will drape down and so it makes a beautiful sight when slightly elevated. Boston fern has been known to reduce both formaldehyde and xylene levels.

Spider plant is native to tropical and Southern Africa, though it is a popular choice for house plants around the globe. They are simple to take care of and require bright to moderate light with once-a-week watering in summer (slightly less in winter). Spider plants can help reduce formaldehyde and xylene levels.

Weeping figs are native from India to northern Australia. They are evergreen and will look beautiful year round. Weeping figs are a popular houseplant choice for their romantic, bowed leaf structure. They can be temperamental to care for but grow best under bright indirect light. Consistency is also pivotal to weeping fig growth. Avoid sudden temperature changes where possible. Weeping fig can reduce levels of formaldehyde, trichlorethylene and benzene.

Devil’s Ivy is a popular tree-climbing vine native to the rainforests of south-east Asia, Indonesia, and the Solomon Islands. It can be found as both a climbing and hanging plant, so you have creative power over which will look best in your home. Devil’s Ivy prefers bright but indirect light and a light misting with water. It is known for its dark, lush leaves. Devil’s Ivy has been proven to reduce levels of xylene, benzene, formaldehyde and trichlorethylene.

The Golden Cane Palm is native to Madagascar, most comfortable in a tropical climate. It is one of the more difficult plants to care for on this list, but has risen in popularity recently for the beauty of its golden stems. The Golden Cane Palm requires full sun to part shade – Inside, it is best suited for a bright area with direct sunlight. It should be given regular misting with water, particularly during times of low-humidity or the winter months. It has been known to remove benzene, carbon monoxide, formaldehyde, trichloroethylene, and xylene from the air of a room.

Florist’s Chrysanthemum’s, commonly known as ‘mums’ are inexpensive to buy and exceptionally beautiful, commonly placed on the windowsills of bedrooms or livingrooms. Originally native to China, they have since become one of the most popular decorative house plants around the world.

They are often used in corsages and floral arrangements – hence the name – as they maintain their beauty for an extended time after being cut. They bloom for approximately one month – six weeks. Florist’s Chrysanthemum’s require bright light during the day very little light at night. They were one of the few plants that NASA found to be capable of removing each of the main toxins from the air: benzene, carbon monoxide, formaldehyde, trichloroethylene, ammonia, and xylene.

Please note that these plants are anti-animal and toxic to cats and dogs if ingested.

The Peace Lily is one of the most celebrated houseplants of all time, originally native to the rainforests of Colombia and Venezuela. Peace Lilies have a gorgeous, lush look coupled with pristine white flowers which will calm the atmosphere of any home. They are also low maintenance and prefer indirect bright light (although they can cope with life in the shade).

Peace Lilies are susceptible to overwatering. Each week, you should check the soil and only water the lily if it is dry. Peace Lillies are one of the best indoor plants that clean air because they have excellent air purifying capabilities. They can remove toxins common in household air composition suchas benzene, carbon monoxide, formaldehyde, trichloroethylene, xylene and ammonia.