As one of Singapore’s most celebrated filmmaker, Roystan Tan has made a name for himself with a slew of feature films that offer an insightful look into Singapore life. It’s no surprise then that his bachelor pad would be adept at capturing a slice Singapore’s past.

Roystan engaged the help of Raymond Seow from interior design firm Free Space Intent for his home renovation, with a nostalgic vision in mind. A collaborative working relationship between two creatives produced this open and airy home, marked by nostalgic design accents and furniture pieces. 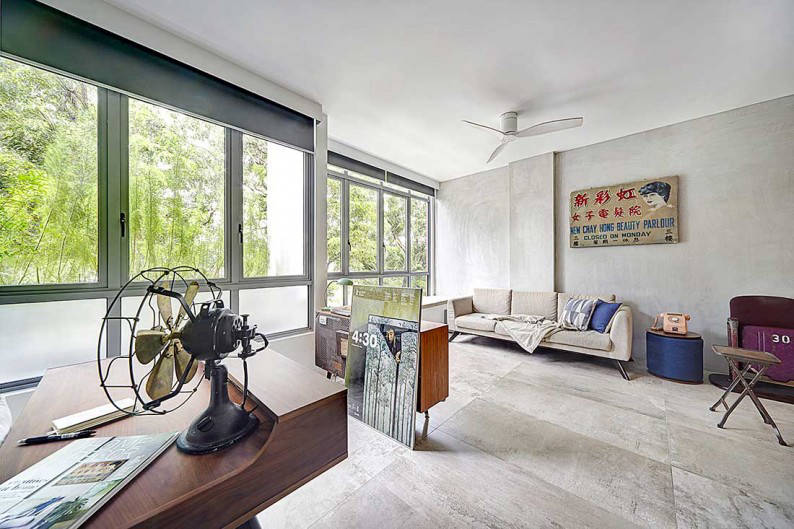 Design director Raymond had previously renovated Royston’s office, so he was aware of the film director’s soft side for Asian antiques and vintage paraphernalia. With that in mind, he wanted this penthouse suite to be home to a similar aesthetic. As such, cement screed walls and an overlay of grey homogenous floor tiles set the scene for a blast from the past.

On the lower level, the spare bedroom was removed to make way for a larger living area. The entire floor is now home to Royston’s massive collection of retro furnishing. The most challenging  – yet thoroughly enjoyable – part of the renovation came with the hacking away of the false ceiling in the dining area. “We wanted to uncover the raw construction layer beneath the plastered ceiling,” explains Raymond. “But what greeted us was a mess of pipes and wires that was too unsightly.” As a solution, the design team had to “stage” the ceiling properly by changing and altering the piping and also touching up on the colour tone. 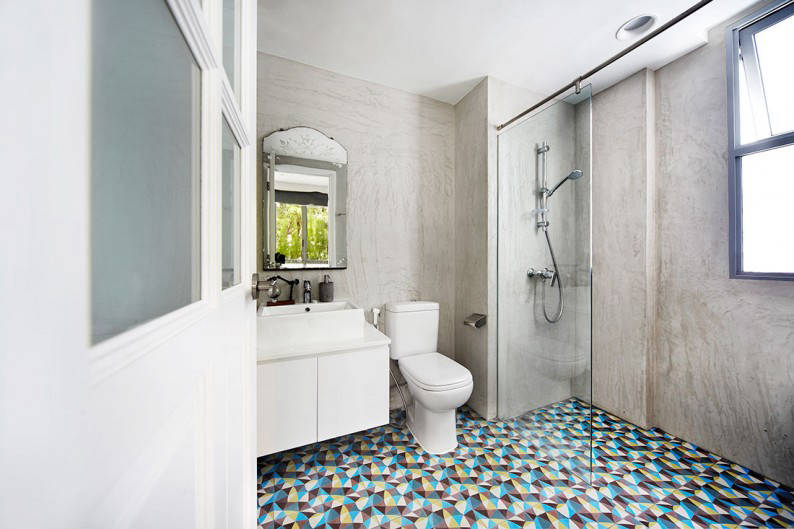 Despite its palette of muted greys, Raymond and Royston agreed to bring colour into the common bathroom. Here, the floor seems as if it’s pieced together from broken mosaic tiles, bringing a psychedelic burst of visual interest. It’s revealed however, that they are actually cement tiles from An Huat Trading. 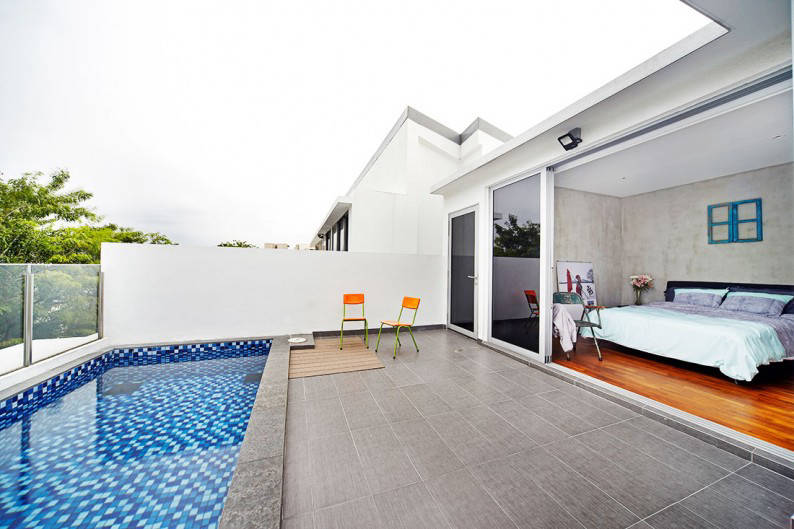 The home’s aesthetic continues in the bedroom on the upper level. The filmmaker’s penthouse is privy to a lap pool, yet retains a good amount of privacy. Once again, cement screen scales the walls but this time, is paired with the warm parquet floors.

For Royston, the creative work between him and the designer was a fruitful one. Instead of a meticulously planned process, it’s revealed that the renovation was a constant work-in-progress, with creative decisions made on the fly.