Through a host of clever interventions, KC Design Studio brings light and air into an old town house while maintaining a sense of privacy.

This 50-year-old town house is located in a crowded residential area in Taiwan’s capital city of Taipei. A mere 3.7 metres wide, and owned by a Swedish and Taiwanese couple with two children, it presented challenges like limited space, poor natural light, lack of privacy, and noise pollution – things that many Singaporean homeowners can identify with.

KC Design Studio, which was tasked with the project, used a number of clever tricks to make the most of the restricted space and light. “It is a small house and an old house,” says KC Design Studio. “We tried a lot of different ways to breathe new life into it and to make it comfortable.”

After extensive studies of where the light hit the building at different times of day, the designers made the decision to design the house inward and upward. 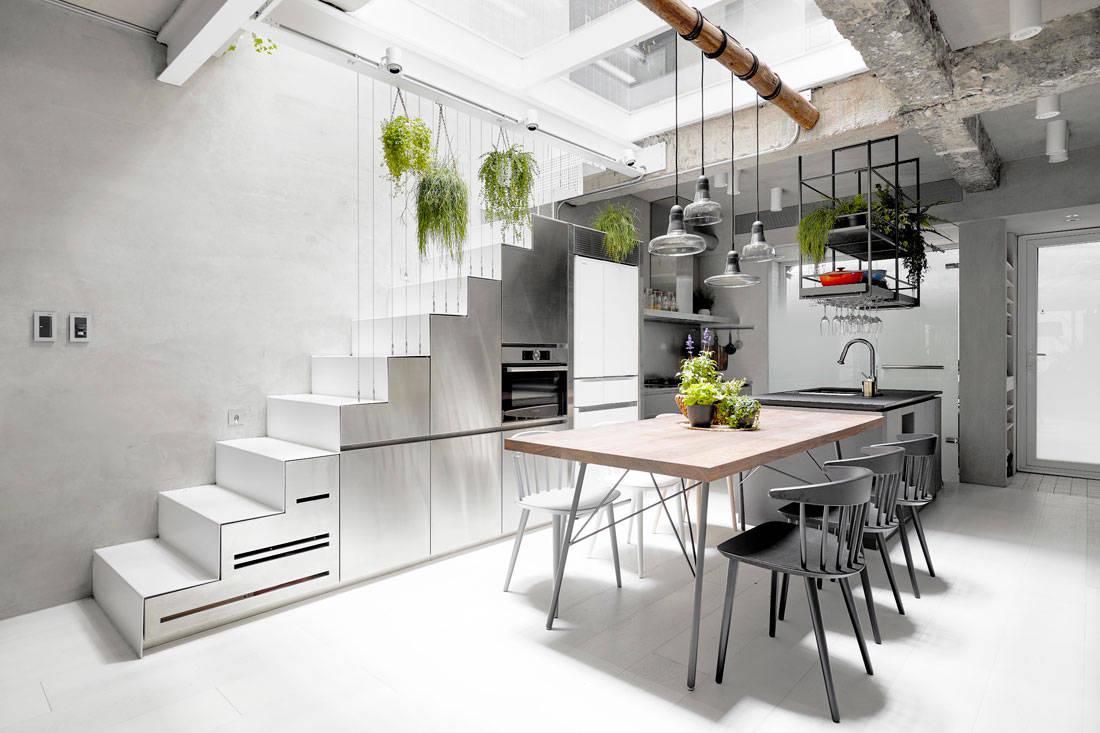 The core of the house is a sun-filled atrium, where glass floors replace ceilings to ensure light reaches down to the bottom floor where the kitchen resides.

The surrounding stairs are formed by perforated steel plates, allowing sunlight from above to penetrate the whole house. 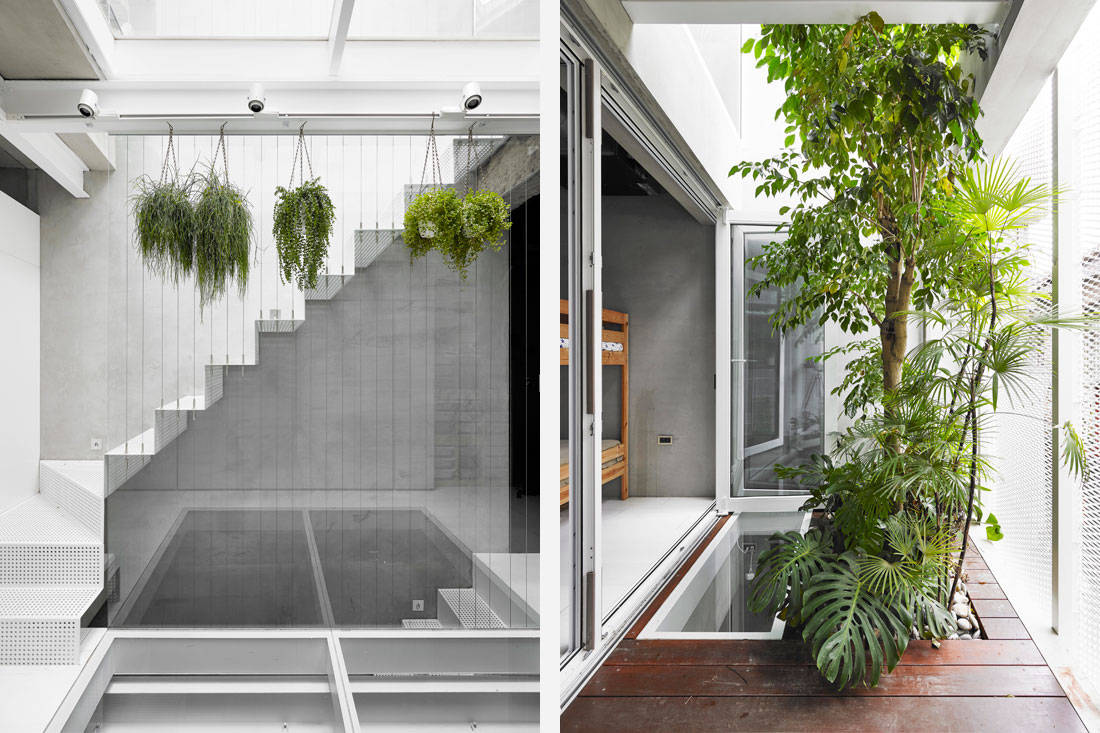 The front of each floor is set back from the street outside to form a buffering semi-outdoor space. Semi-transparent expanded mesh with large ‘window’ openings give privacy but allow natural light, ventilation, and even rain inside.

These semi-outdoor spaces on three floors are linked. The second floor serves as an extension to the kids’ playroom while the third floor is a garden. 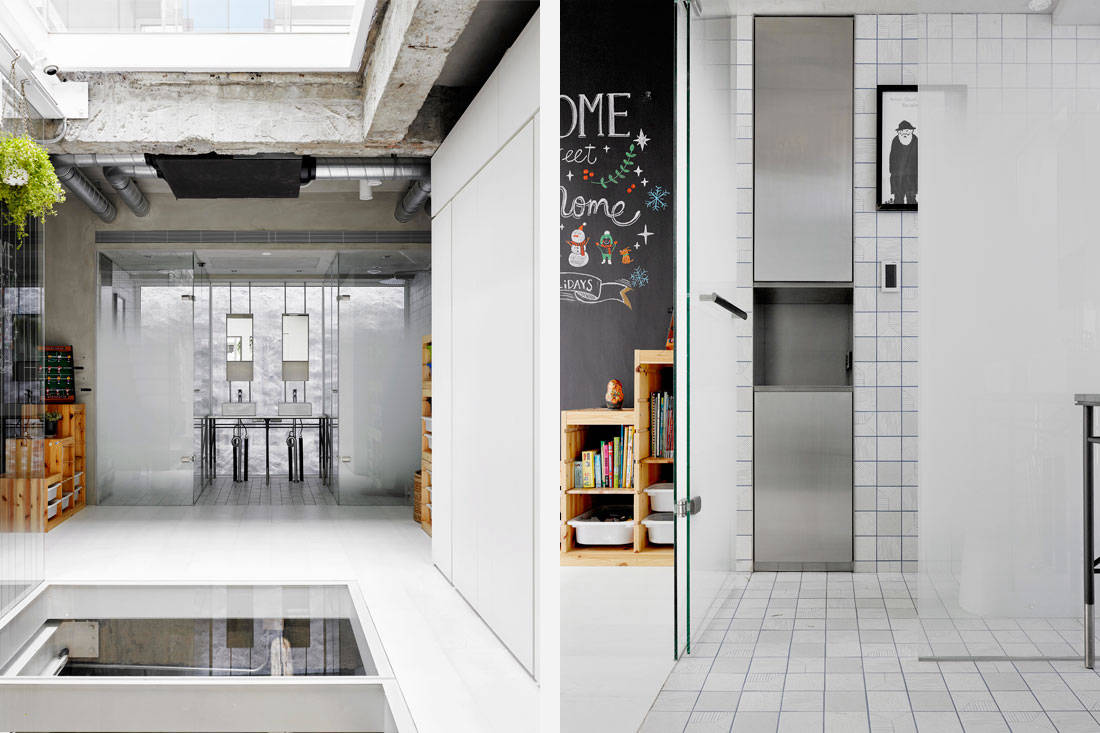 “The concept is like a filter,” says KC Design Studio. “We designed the expanded mesh balcony to avoid the noise and sightlines while allowing light and air into the house.”

Each floor is open plan with all cabinets located against the building’s outer walls to maximise floor space in a house that is only 3.7 metres wide. 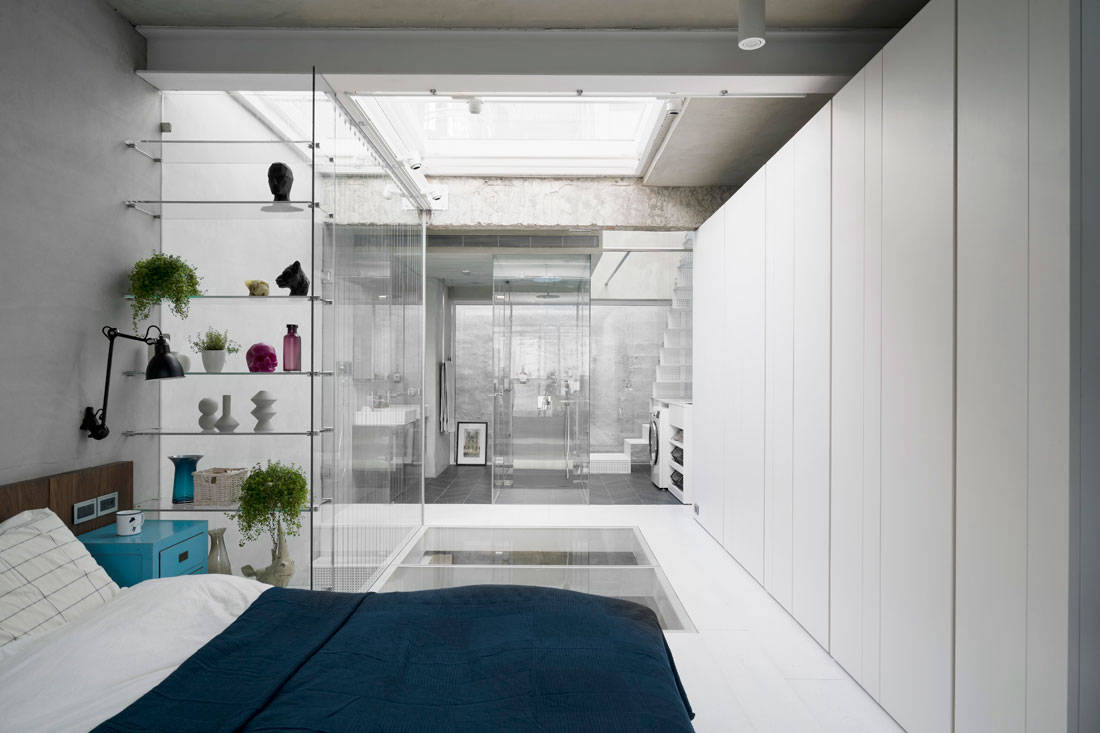 Another clever choice made by the team was to use frosted glass for partitioning the bathroom to allow as much ambient light through as possible.

Concrete beams and columns are left on show, which the team says allow the house’s old original structure to mix with the building’s new elements. 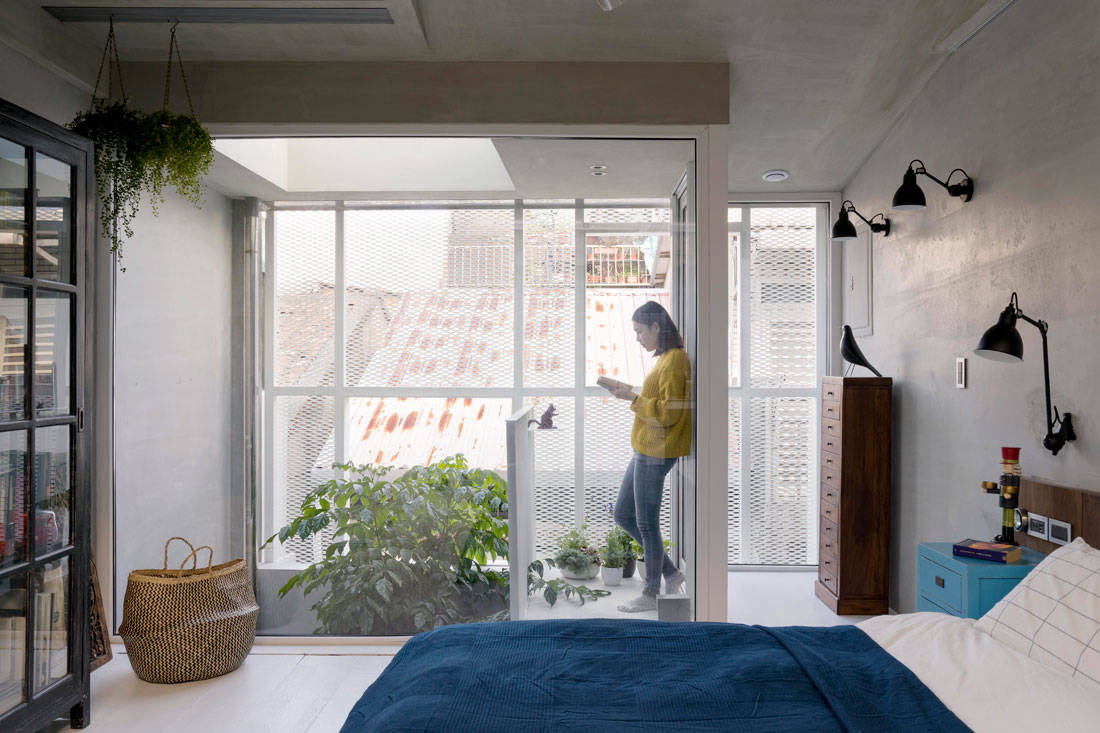 The light concrete is complemented white, grey and light wood. These, together with the pervasive use of glass make the most of KC Design Studio’s ingenious design tricks to maximise feeling of space and light in such a small space.