Reconfigured and modernised by the Design of Schatz designers, this old flat now has a bright and welcoming ambiance. It features a cat room, dry and wet kitchens and spacious communal zones to serve the lifestyle needs of the family of six.

“Having a lot of storage was part of the brief,” says Project Director Json Er. The family has three children and several cats in the household so having a storage-friendly home was a priority. Besides filling the living and dining zones with custom-built storage fixtures, he transformed one of the rooms into a cat enclosure with glass panels. The dining area now sits on a raised platform to better demarcate it from the other zones. 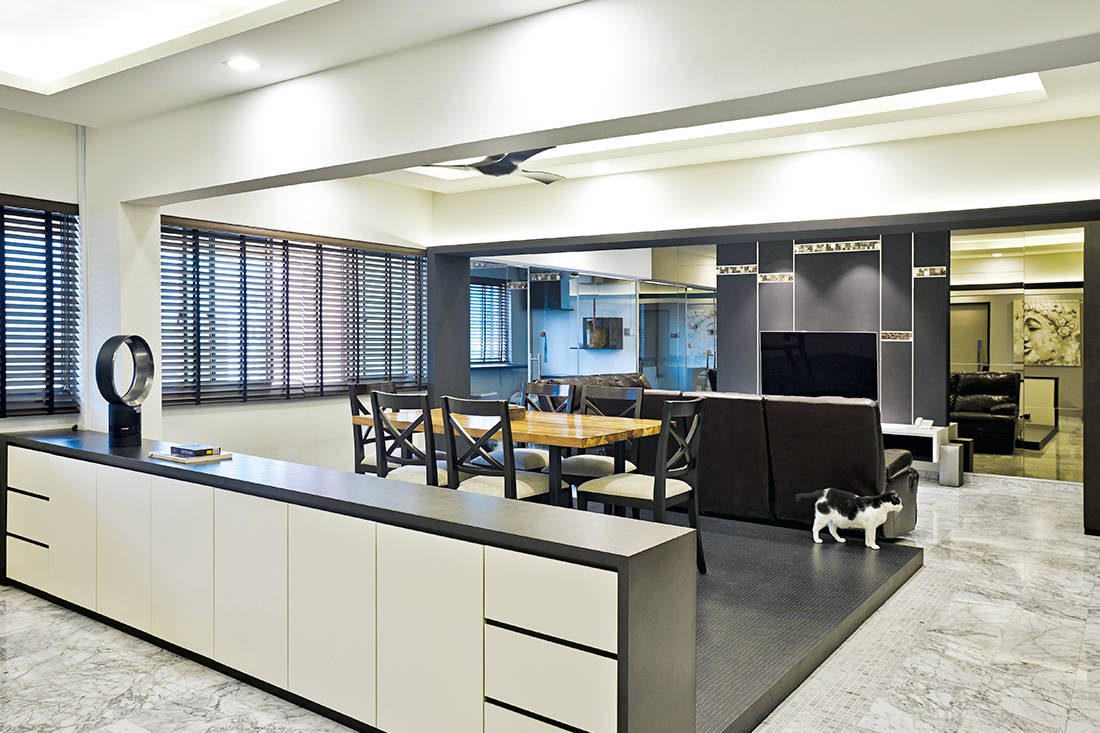 Functionality is a must in this hardworking kitchen and Json equipped the space with a generous capacity of storage. To keep the look neat and clean, the kitchen appliances are flush with or built into the carpentry works to reduce visual clutter. Modern aesthetics were also considered and he utilised a leather-look laminate to pair with the sleek coloured glass backsplash. 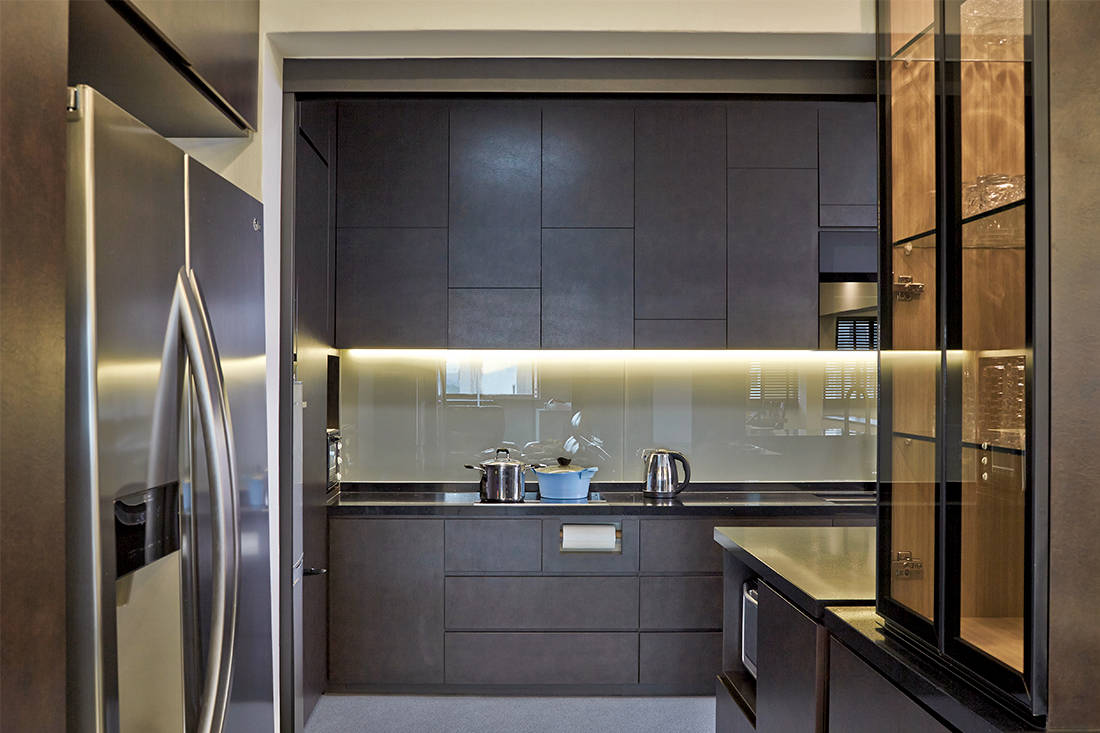 Previously an open-concept space, the kitchen’s layout has been reconfigured to dry and wet zones. A bi-fold door separates the two kitchens and allows the female homeowner to indulge in her baking hobby and host regular gatherings. The island unit with a dark quartz worktop in the dry area works as her designated baking station. 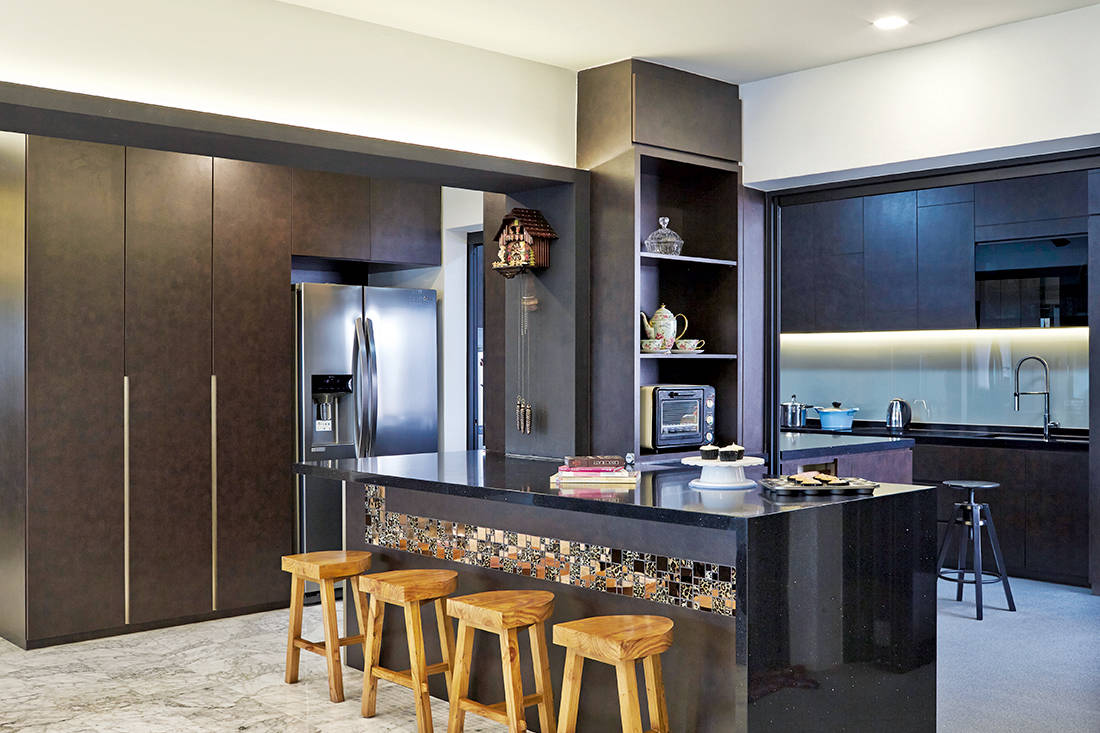