This 20-year-old apartment was given more than just a facelift. Beneath its stunning good looks is impeccable space planning that totally transformed its different spaces.

Since this apartment was already 20 years old, the new owners were keen to give it a thorough overhaul before moving in. Engaging Terrence Quah and Grace Seng from design firm Architology, they requested for the layout to be reconfigured so that the space can be opened up. Specifically, they wanted an open-concept kitchen and a walk-in wardrobe in the master bedroom.

In order to create the best fit for a dining area and an open kitchen space, the designers decided to change the layout of the kitchen. “We worked on making the house feel like the set on the American sitcom Friends. The entire space is kept extremely open,” Terrence explains. “You enter the house through the kitchen, and the kitchen island is the central feature in the arrival experience.” 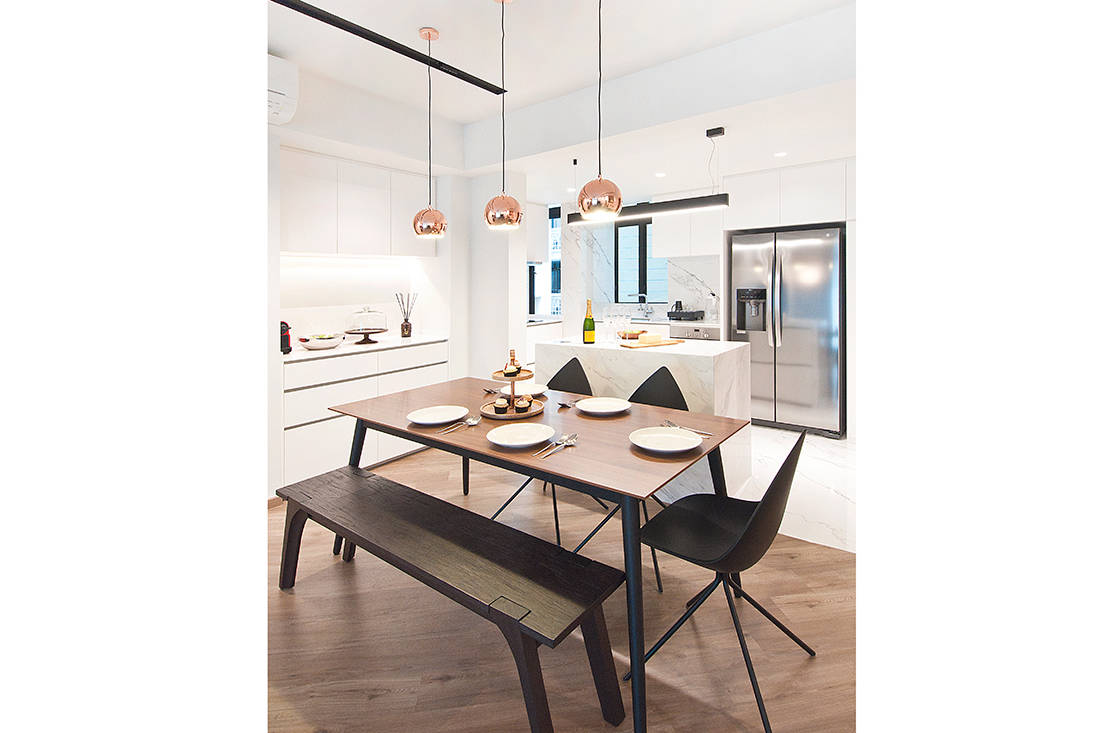 Besides reconfiguring the layout of the home, the designers from Architology also focused on establishing a minimalist yet luxurious atmosphere. The kitchen, in particular, is distinguished by its all white facade. Volakas marble tiles from Hafary form the backsplash while the cabinets are finished with white laminates from EDL’s Fenix range. 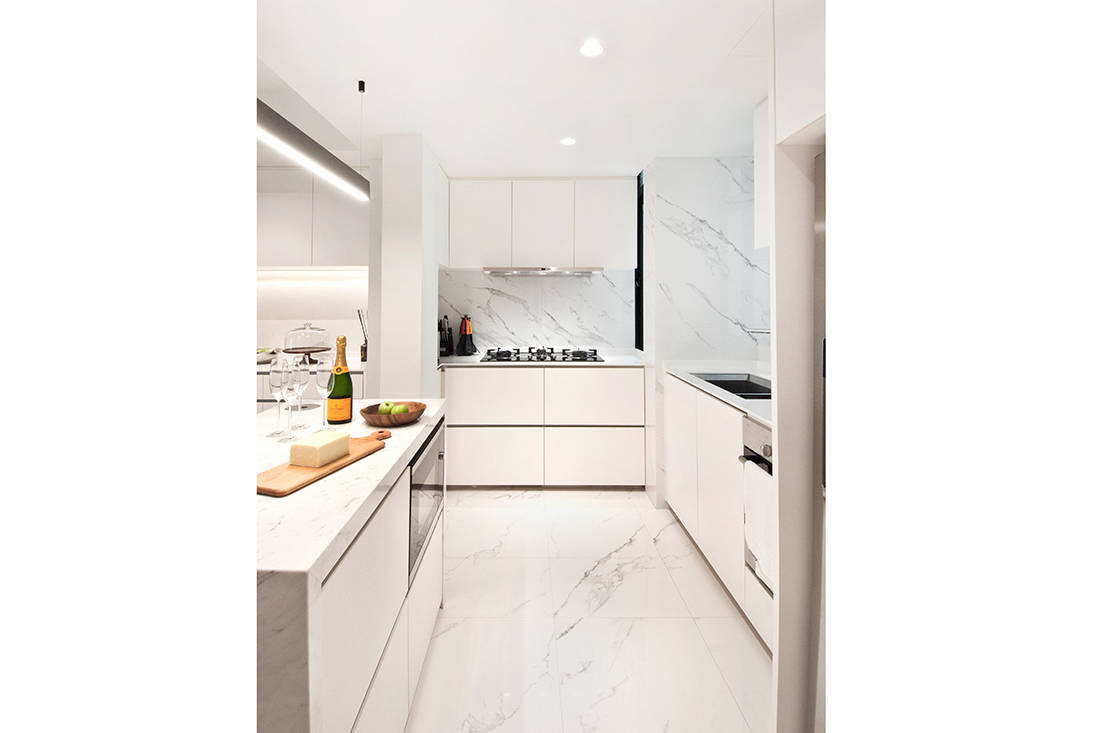 The entrance to the master bedroom was re-located to the side, a move which Terrence calls “counter-intuitive” as space in the room had to be sacrificed. The designers went ahead with it because this change enabled the other areas in the home, namely the common bathroom and the utility room, to be better configured. In addition, it also helped to create a more natural flow of movement within the bedroom itself. The newly-opened area in the master bedroom comprises three zones: the walk-in wardrobe, the dry zone with a dresser and washbasin, and the shower stall. Each is separated from the other using glass walls. The mood here is calming and elegant, with a neutral colour palette paired with woodgrains and touches of gold.

From the reconfiguration of the space to the selection of materials and furniture, Terrence and Grace have not only created a welcoming space for the homeowners to host visitors, but have also carved out a private sanctuary for the couple to relax and recharge in style.