In this multi-generational family home, form and function come together, thanks to a little help from Third Avenue Studio.

In this family house at Berwick Drive, it’s all about marrying the old with the new. Here, traditional furniture sit pretty next to their modern counterparts. Even in terms of material use and textures, the interior designers from Third Avenue Studio played up a considered mix of palettes that comes together harmoniously within the house. 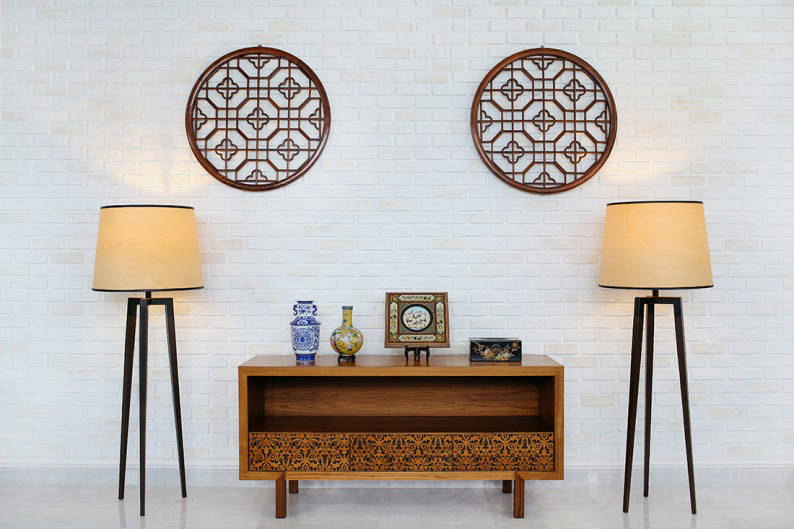 Each member of the family of six – a couple, their two kids, an elderly mother-in-law, and their helper – has their own design preference, and it was up to the designers to fulfil and balance these requirements. This naturally led to a mishmash of design styles, described by the designers as “a fusion of the modern and a bit of the industrial.”

This is best exemplified in the living room, which enjoys a deluge of natural light streaming in through the tall windows and sliding doors. Here, Third Avenue Studio installed shutters on the glass doors. Its inclusion isn’t just based on the aesthetics, as the specially ordered window shutters have a more practical function. “The glass doors lead out into the lap pool, and we wanted some sort of safety barrier for the young children,” they explain. 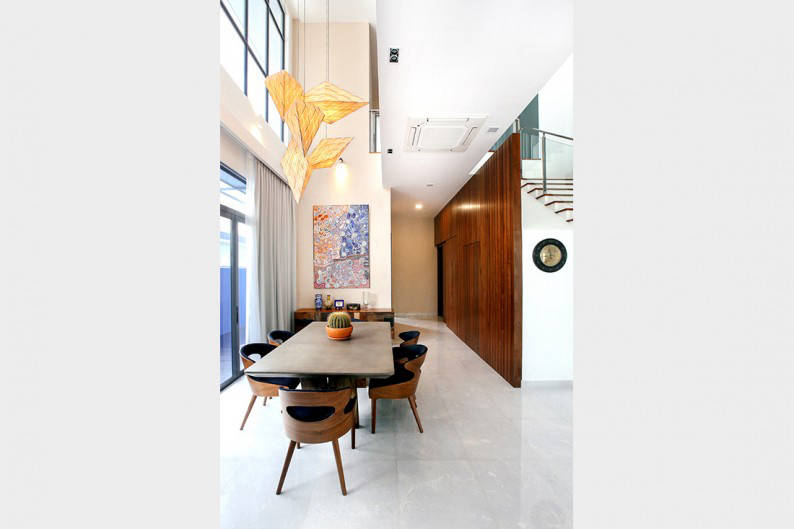 Over in the dining area, a concrete dining table takes prime position next to the stairs that lead to the upper floors. But more importantly is the feature wall, made from strips of teak wood, that lines the stairwell. The designers reveal that this wall conceals the glass elevator, which is now accessible through a hinged door. “We built the wall up as a safety precaution. The kids are very active and the parents want to protect them from falling into all-glass structure.” 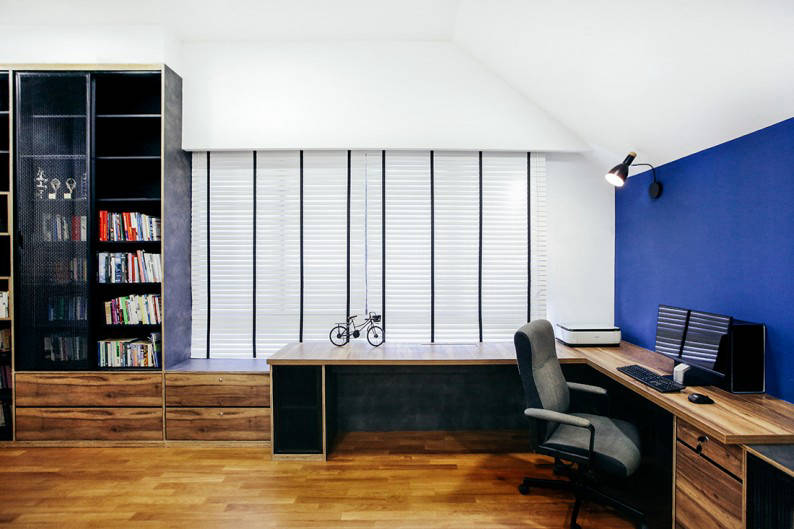 Elsewhere in this 3-storey house, Third Avenue Studio continues to balance different design elements into a cohesive home. From the functional and storage-laden kitchen to the study room with its contemporary shock of blue, this is a house that’s been designed with everyone’s needs in mind.