Although it measures at a compact 490 square feet, this two-storey apartment still feels bright and spacious, thanks to a little help from Third Avenue Studio.

Although this two-storey studio apartment has a limited floor space, designer Kylie Lin from Third Avenue Studio still managed to make the most of it. In fact, she equipped the home with all the necessities of modern living, all without compromising on its aesthetics.

Since space is a premium in one-bedroom lofts, the designer went all out to make sure that every inch of floor and wall space is efficiently utilised. In the compact living room, for example, the sofa fits snugly next to the stairwell and enjoys views out the balcony. The decision to include a trellis partition was influenced by the act that it will not block the view nor make the home feel smaller. 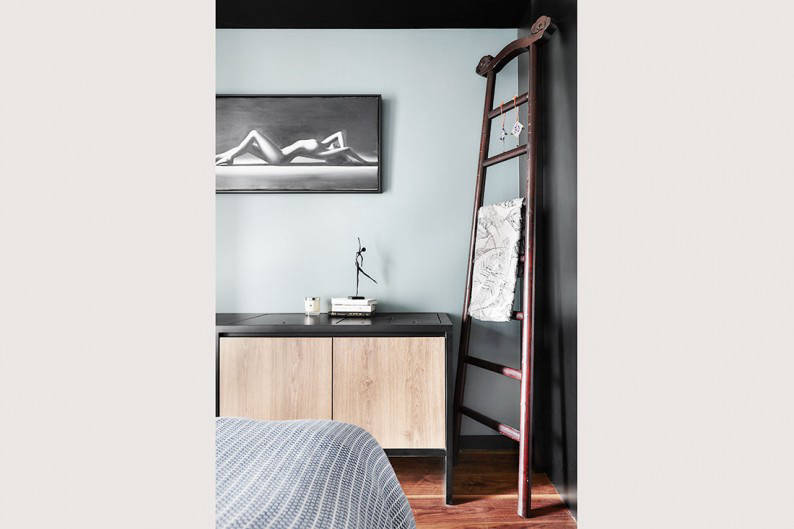 The homeowner is open to using colours in her home, and designer Kylie responded with muted tones and earthy hues. In the bedroom on the second storey, a pastel blue on the walls introduces colour without overwhelming the space. 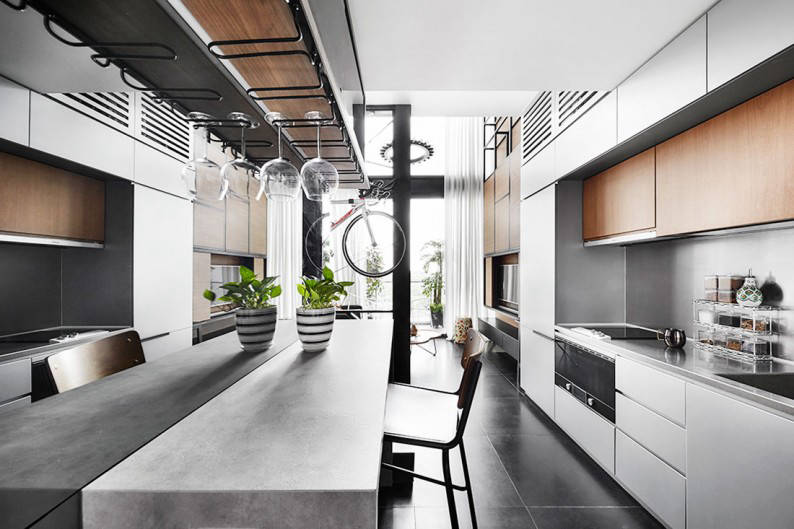 To counter the lack of a dining room, Kylie custom-built a bar counter in the kitchen. It can be used as a dining nook for quick meals, or an additional worktop for food preparation. The wall behind the bar counter is clad in mirrors to visually expand the size of the narrow kitchen. 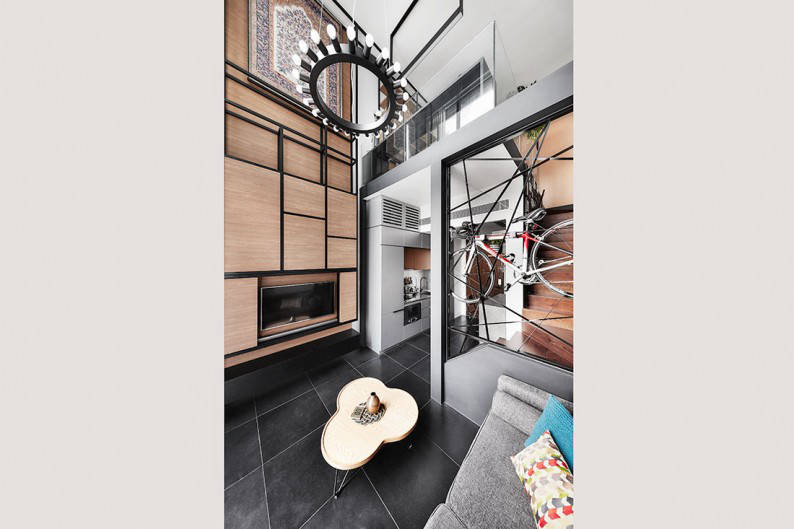 Thanks to its double volume ceiling, Kylie designed a wall feature that stretches along the height of the apartment. Half the wall features storage shelves, all clad in wood laminates with black trimming. Also of note is the trellis divider that separates the living room from the stairwell. Kylie incorporated a design that allows the homeowner to mount her bicycle for quick storage.