In the hands of D’Marvel Scale, a childhood home gets transformed into a nostalgia-tinged yet practical abode.

The walk-up apartments along Lloyd Road in Singapore were originally built in 1962. While visibly aged now, they are a coveted piece of real estate valued for their location and typology. 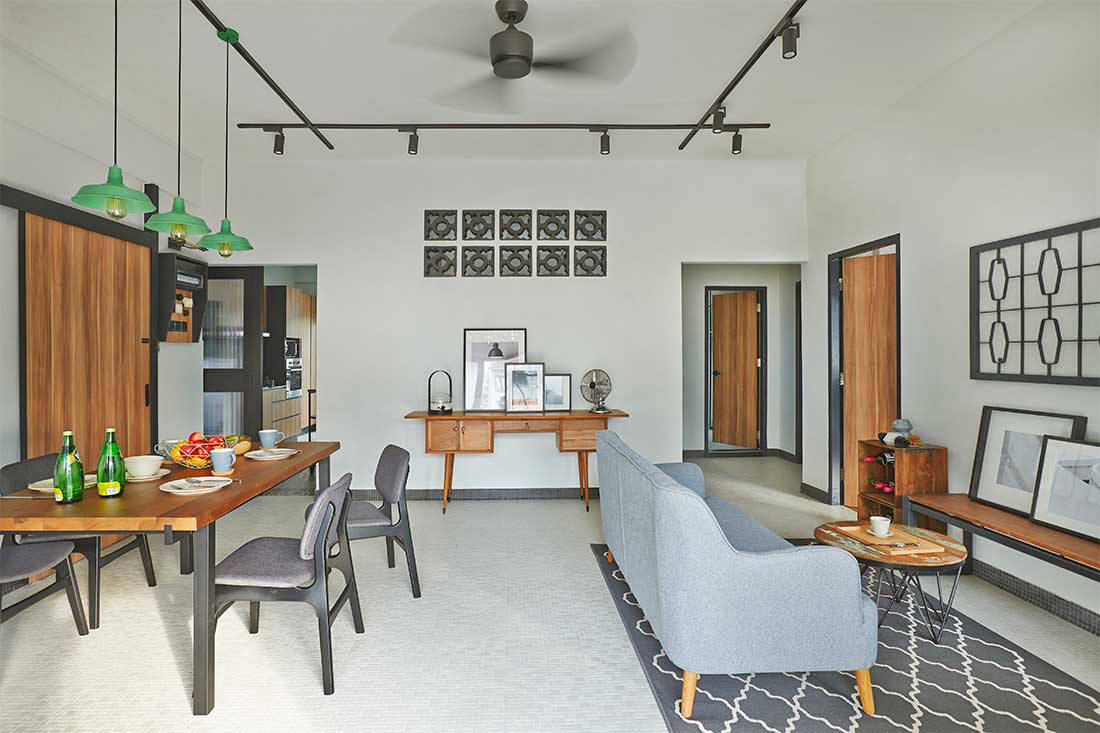 Having spent his childhood in one of these apartments, Mr Yong is nostalgic for an earlier life here. While these are cherished memories, he and his wife were keen on making it their own when they inherited the apartment from his family. This special situation required D’Marvel Scale to take a sensitive but also practical approach to the renovation of the unit. 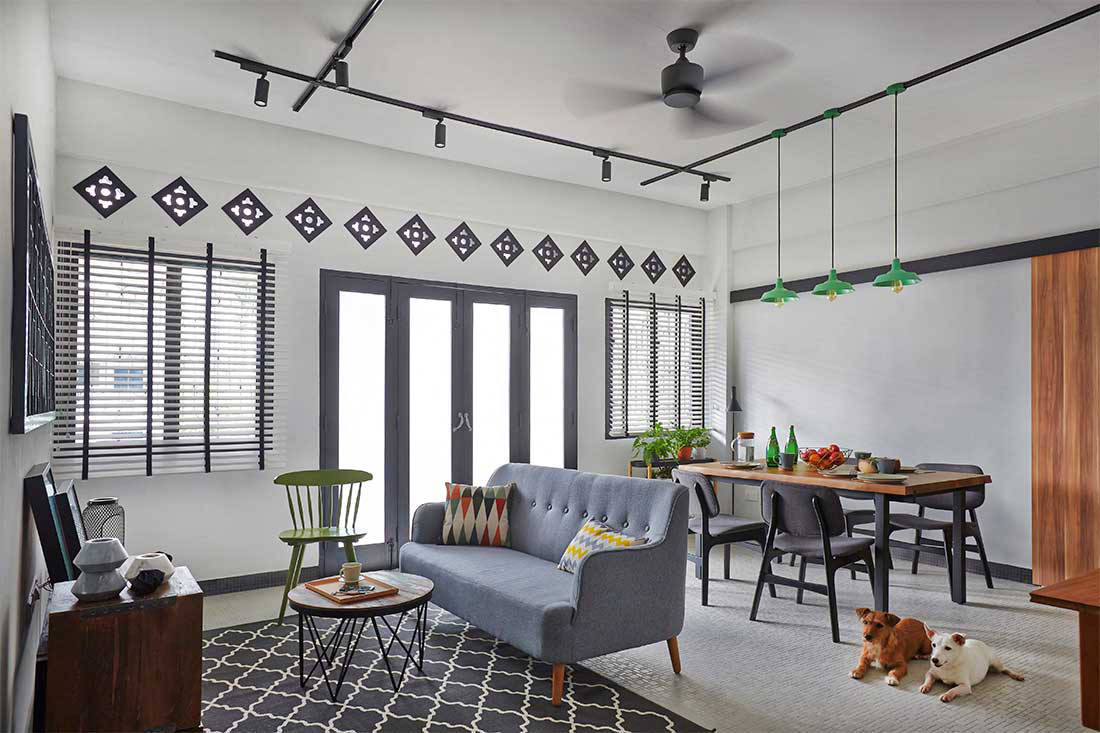 Designer Derrick Lim observed that while the inherited apartment might have been time-worn, it bore notable architectural features with heritage value. It also had objects that would be valued as vintage or collector’s items.

Derrick shares: “From the beginning, we wanted to incorporate some of the existing elements into the newly renovated home. We wanted to bring forth the history of the space and merge it with the new. We had to carefully filter the different elements in this house, seek out what was important to the client, and the essences of items that we could bring into the newly-designed space.” 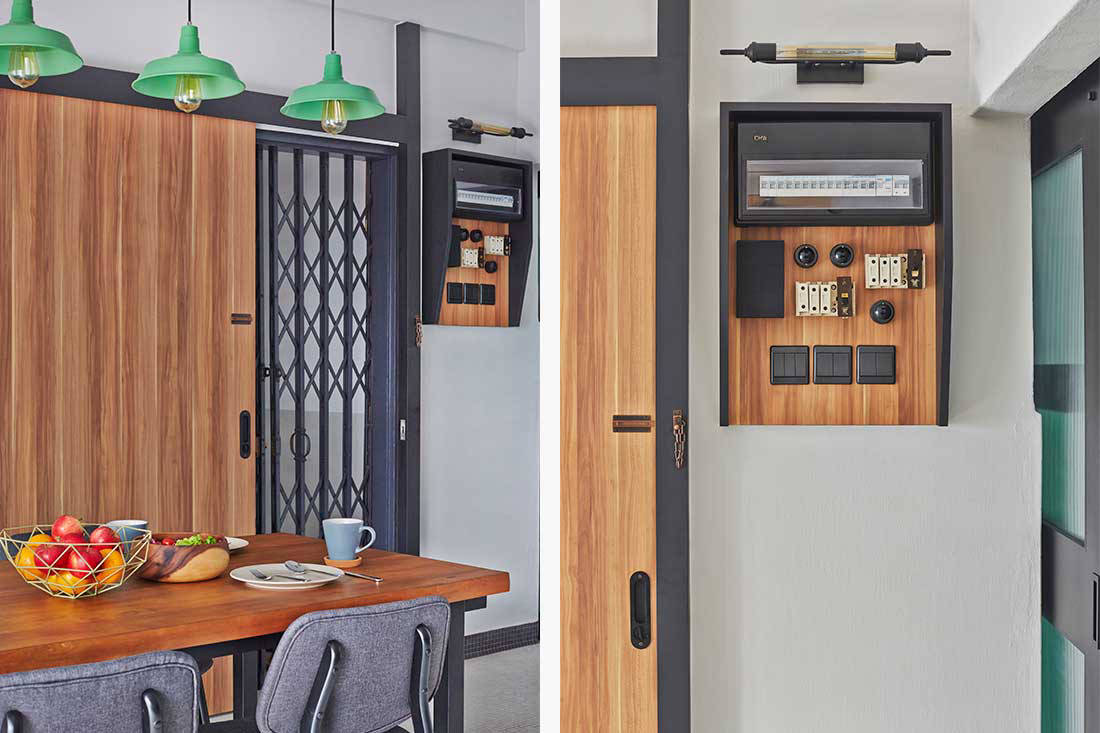 Derrick first had to suss out the items that had sentimental value for Mr Yong. “In this project, we placed much emphasis on preserving both the tangibles and intangibles,” the designer shares, referring to their consideration for objects belonging to the household, but also the estate’s and the building’s history. 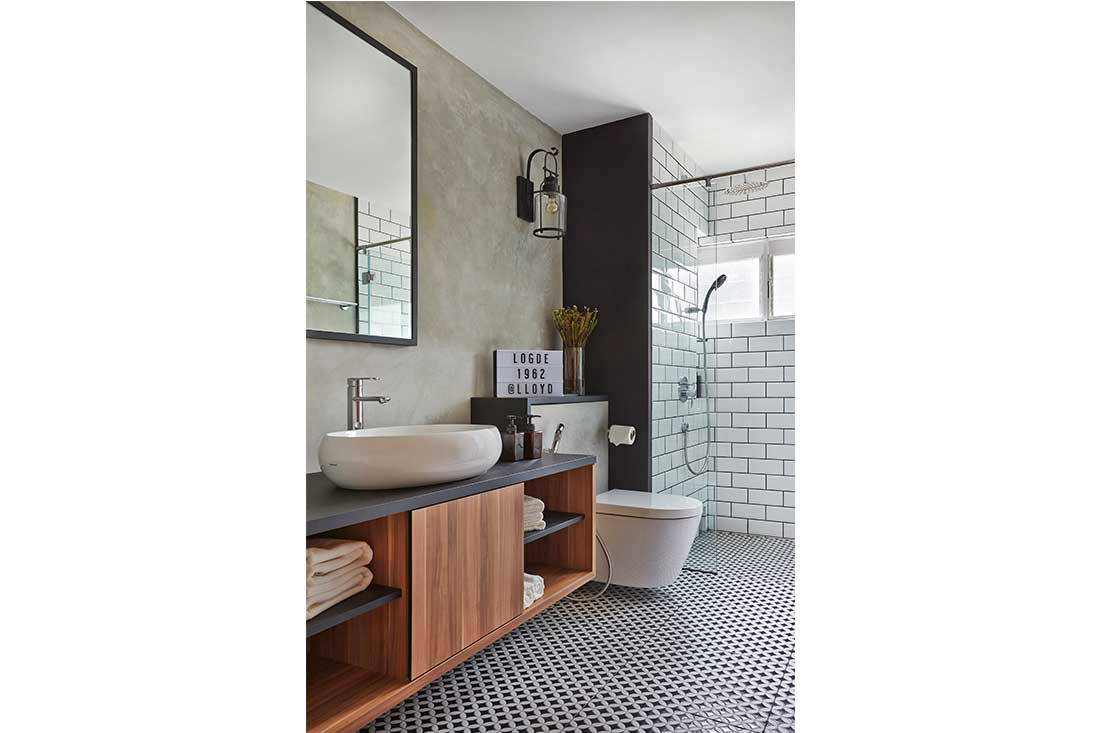 While careful, the approach was also unapologetically practical. An assessment of the utility of old features was key to the design process. One of the biggest changes made to the apartment was the conversion of a storeroom into a bathroom. Derrick shares: “This old apartment had only one bathroom, and an entire family used to share it! We converted the old storeroom into a second bathroom.” 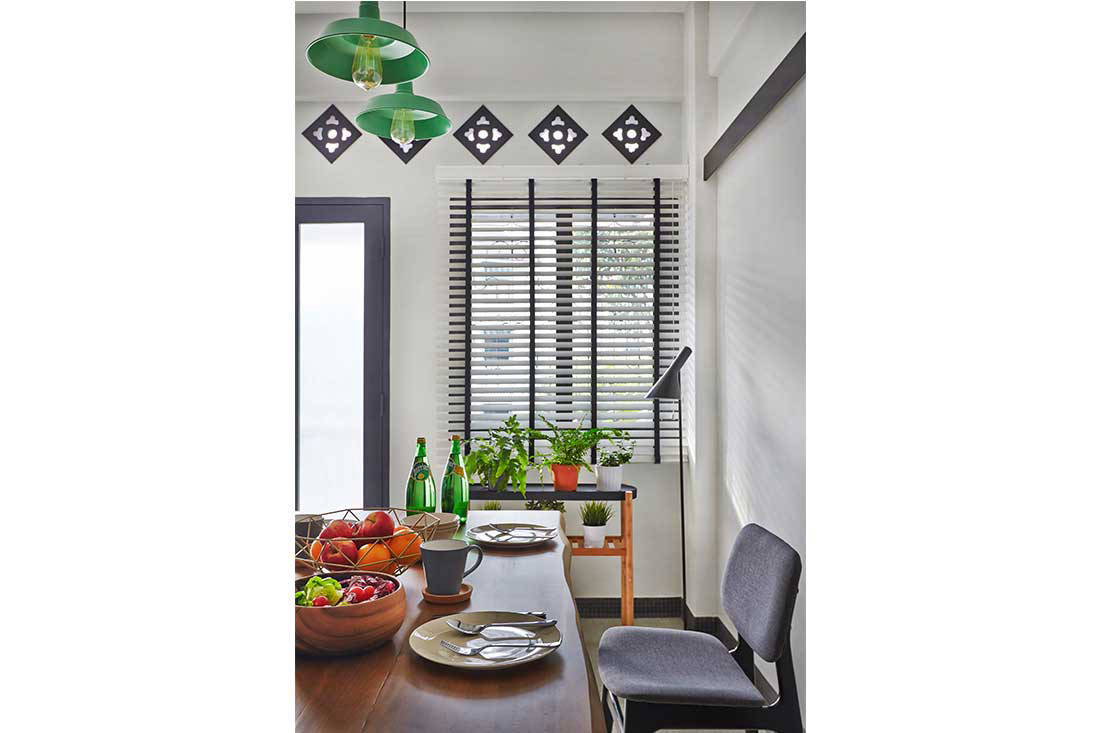 The other decision was to retain the ventilation blocks, but to fit them with acrylic panels on both sides so the rooms could be air-conditioned. To highlight the beauty of their cut-outs, Derrick suggested outlining them in black. Floor tiles, particularly in the kitchen, were examined for cracks to be repaired and sealed. The metal gate grilles were salvaged, and repurposed as wall features. 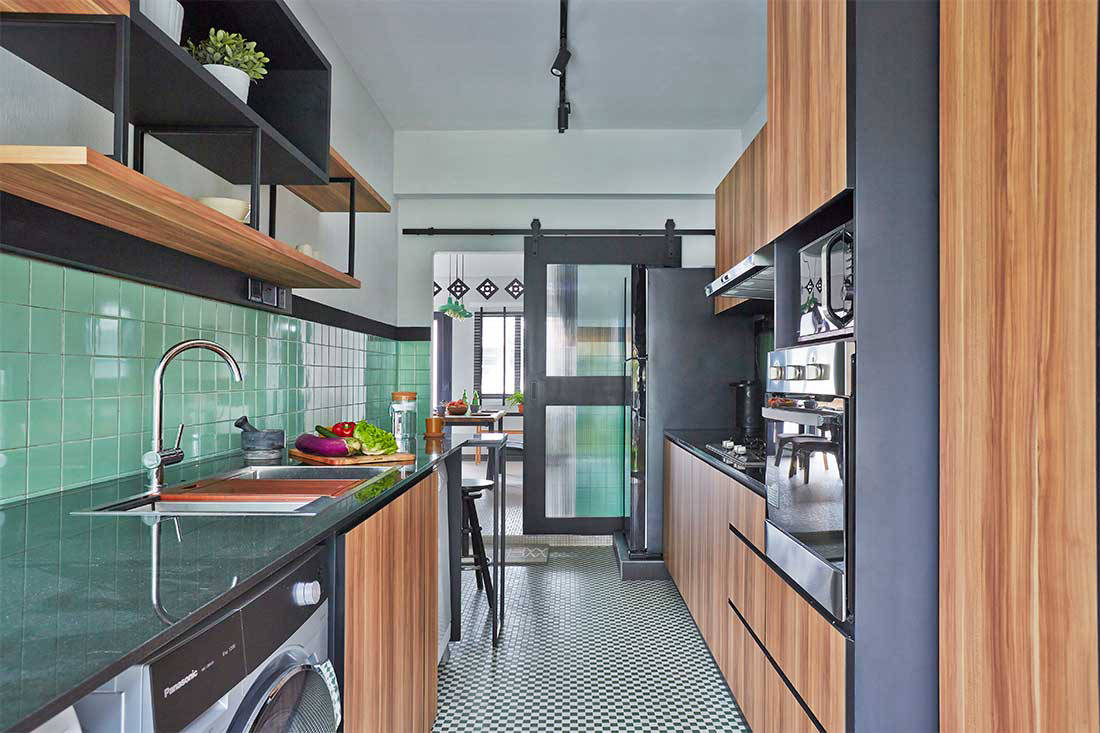 This integration of the old and new plays an important role in the design of this apartment. Derrick shares: “One of the unique existing elements that we knew we had to keep was the green mosaic tiled wall in the kitchen. We cleaned it well to give it a new look and to integrate it as part of our design concept. The mosaic wall tiles balance well with the modern custom-made kitchen cabinets.”

The overall feel is vintage-modern, where retro and more contemporary pieces mix, but in a defined palette of colours. For instance, doors are mostly timber, including a barn door (a style of door commonly used in old warehouses in Singapore) that has a decidedly modern design. The balance of utility and aesthetics of the project is perhaps best embodied by the custom designed switchboard where old switches (now dummies) now sit mixed with functional ones.