This flat overcame spatial challenges and is now an airy and minimalist home with two sitting areas.

In the hands of D5 Studio Image, this four-room flat has undergone a rehaul of its original floor plan and is now a spacious and Japanese-inspired minimalist home. Several key walls were knocked down to make the living and dining areas larger. This allowed the designers to build a raised platform that now houses a multipurpose tatami-styled sitting area that was once a bedroom. As an extension of the communal areas, the sitting area is still kept separate both visually and physically, owing to the varying floor level and structural wall. 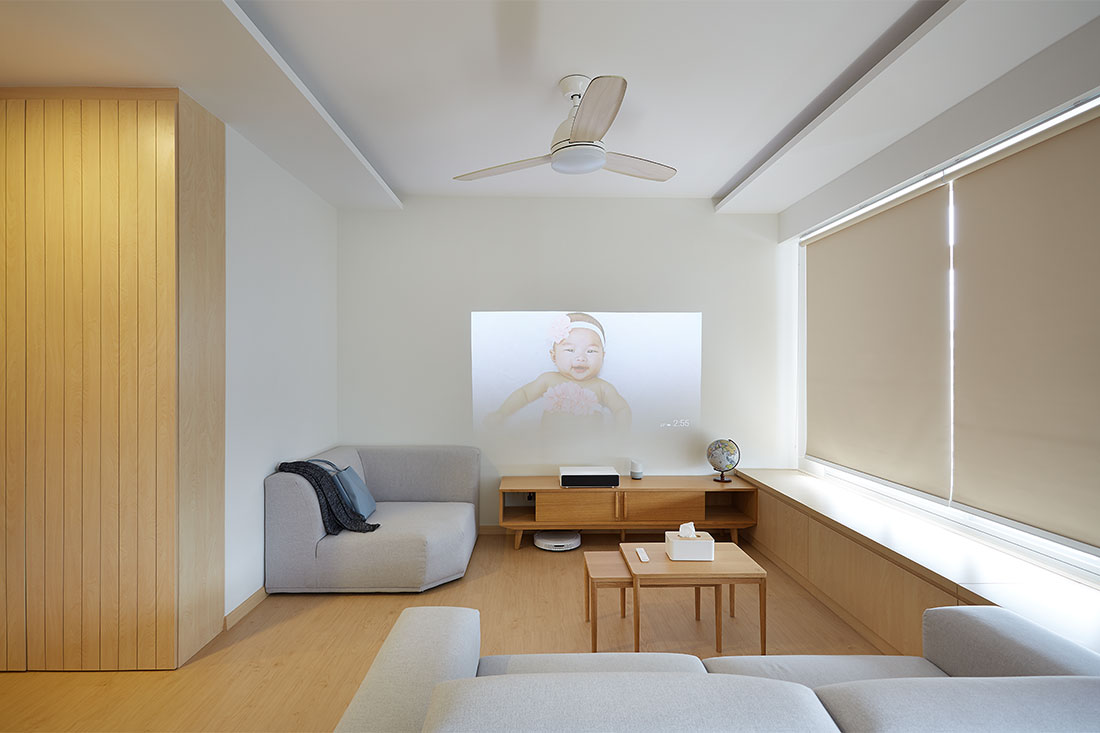 The orientation of the expanded living room fully maximises the available floor space, taking into consideration the sharp corners and even the sliver of space beneath the windows for additional seating and storage. The designers also carved out a large portion of the kitchen wall and had framed glass windows installed to further lend the illusion of space. 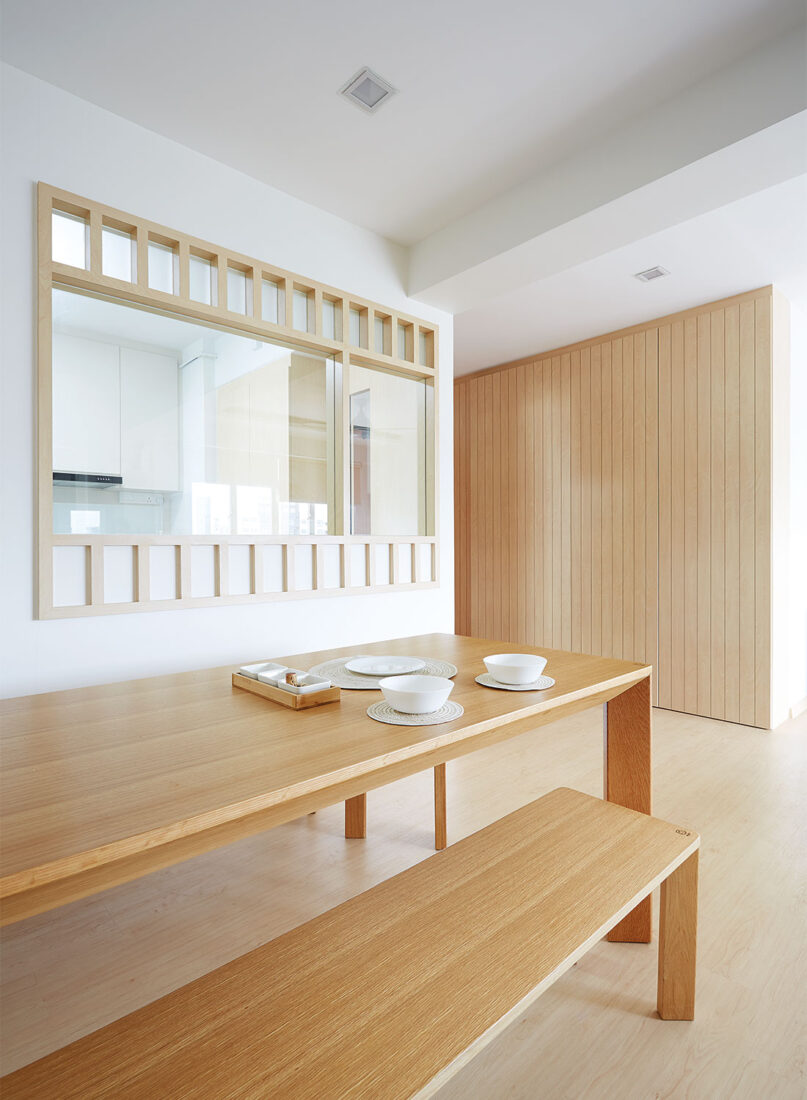 The defining factors of this Japanese-inspired, minimalist home is its clean expanse, wood-look flooring, restrained colour palette and lack of furniture – or rather low profile furniture that give the flat the appearance of a higher ceiling. This reductionist approach is most apparent in the living room and master bedroom. The former has a projector instead of a television, and the latter has a bed resting on a slightly raised platform instead of a bedframe. Yet, the overall design remains tasteful and welcoming. 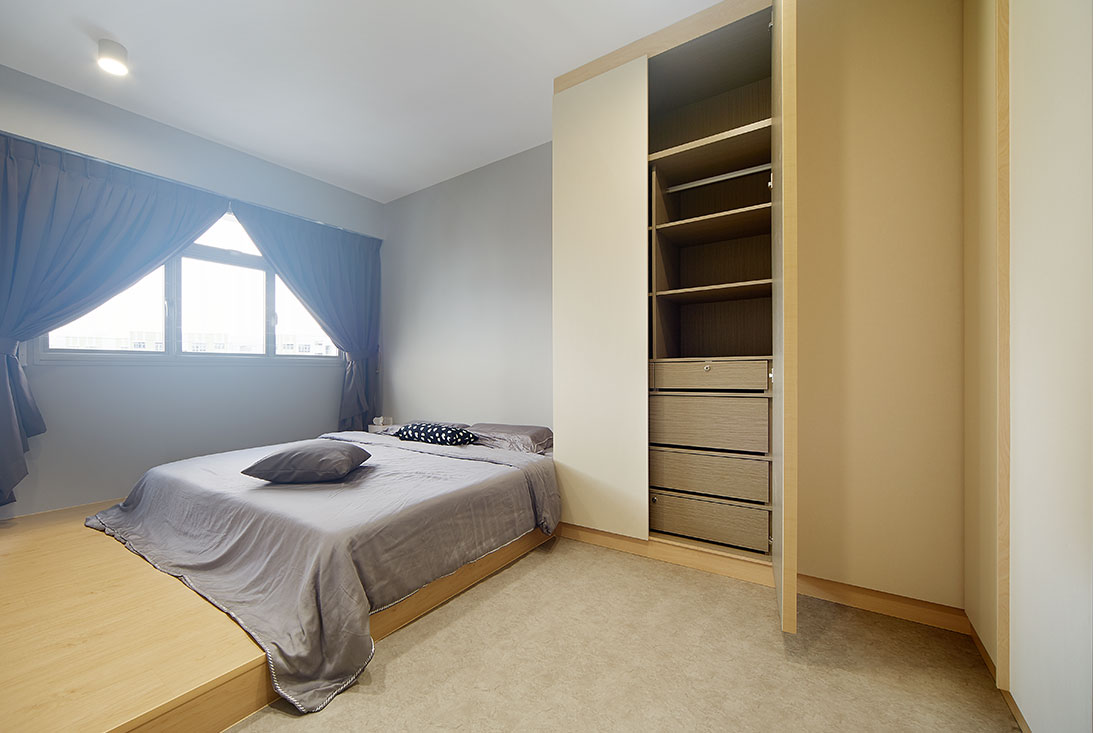