Sailom House by Anonym brings three families under one roof, responding to their different hobbies with unique design elements, including a rock climbing wall. 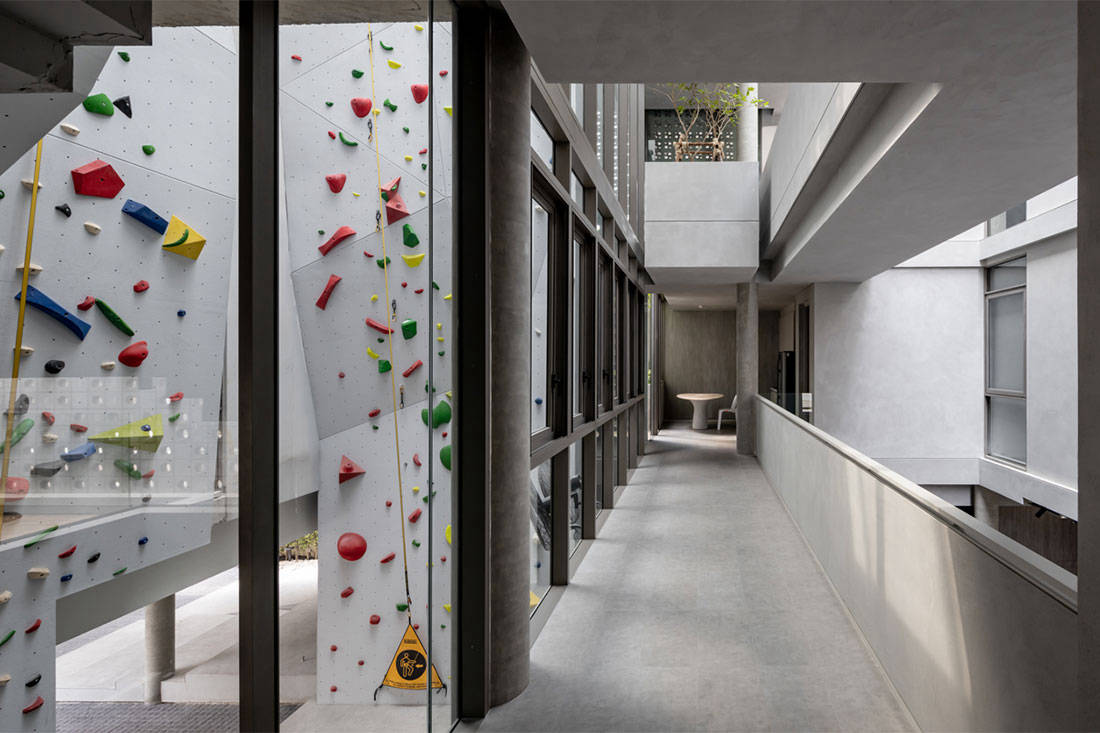 Sailom House is a four-storey home that accommodates members from three families. Designed by Bangkok-based Anonym, the home is designed to look and feel like a serviced apartment with flexible and functional spaces that each family member can use freely and separately on each floor. 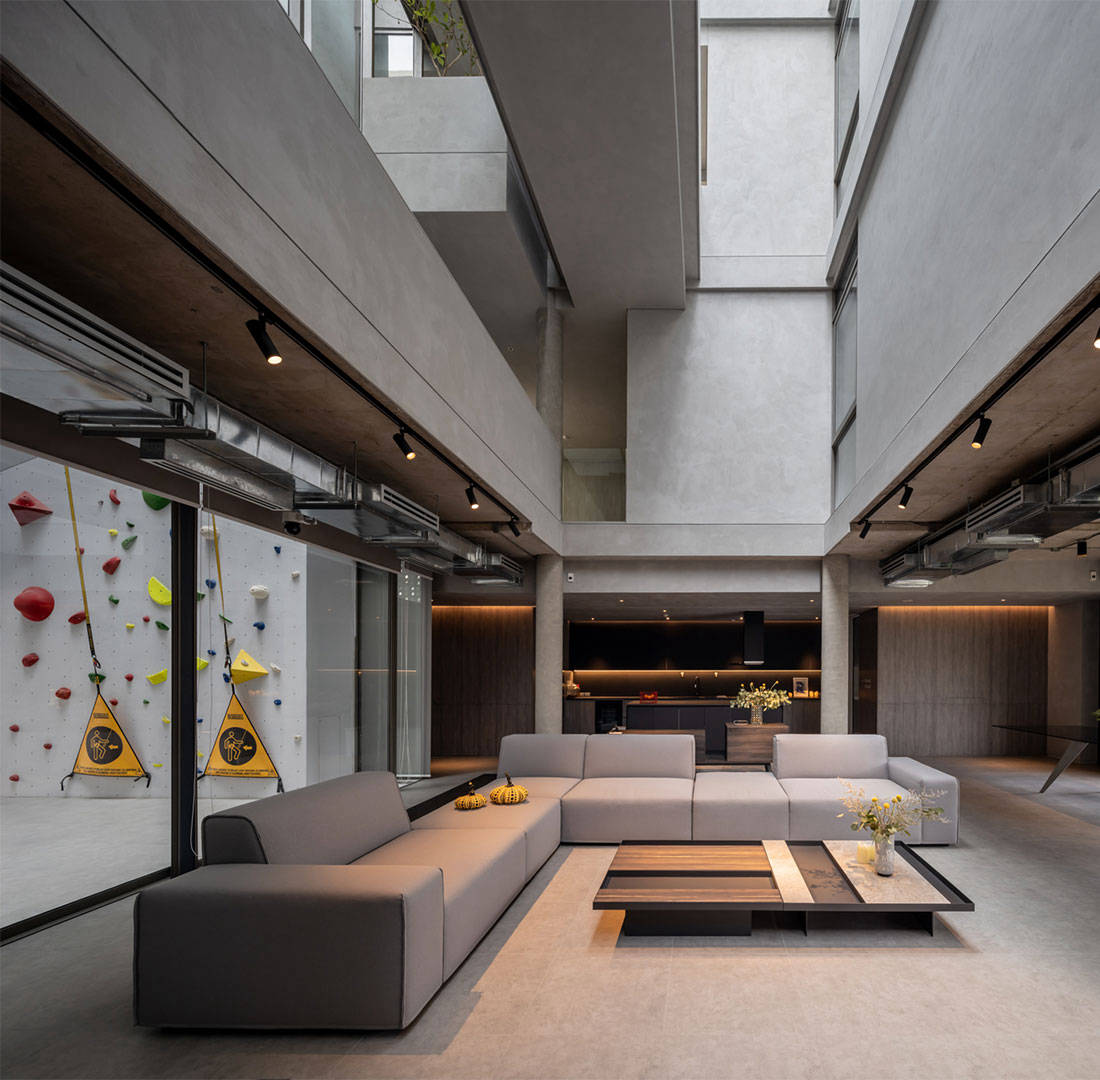 The ground floor consists of shared spaces like the living room and kitchen, while the upper floors comprise more private zones such as bedrooms, alongside additional living areas. Every floor is linked together via two internal courtyards that open up into a large void that runs from the ground to the fourth floor. 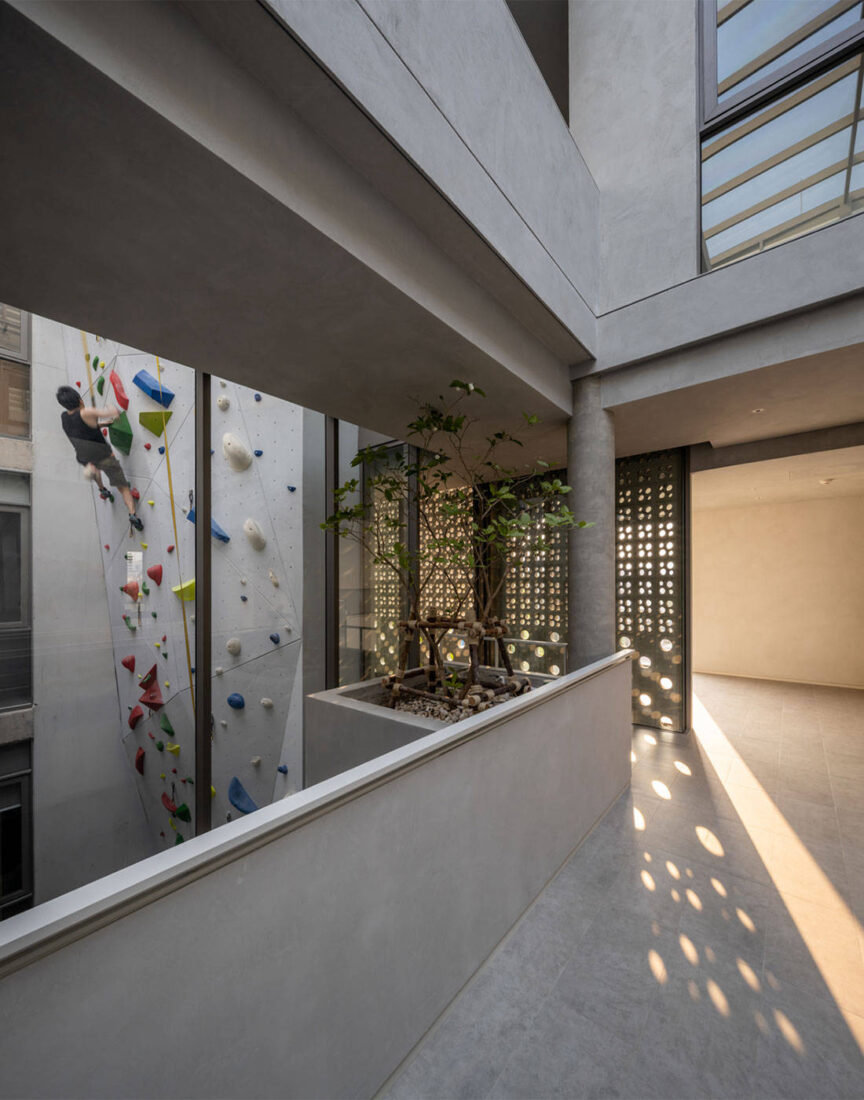 An unconventional inclusion in the home is a rock climbing wall, which is positioned within the first courtyard. The climbing wall formed part of the brief from the owner who climbs as a hobby. The courtyard also includes a walkway for each floor, designed to overlap and bring interesting spatial variations. 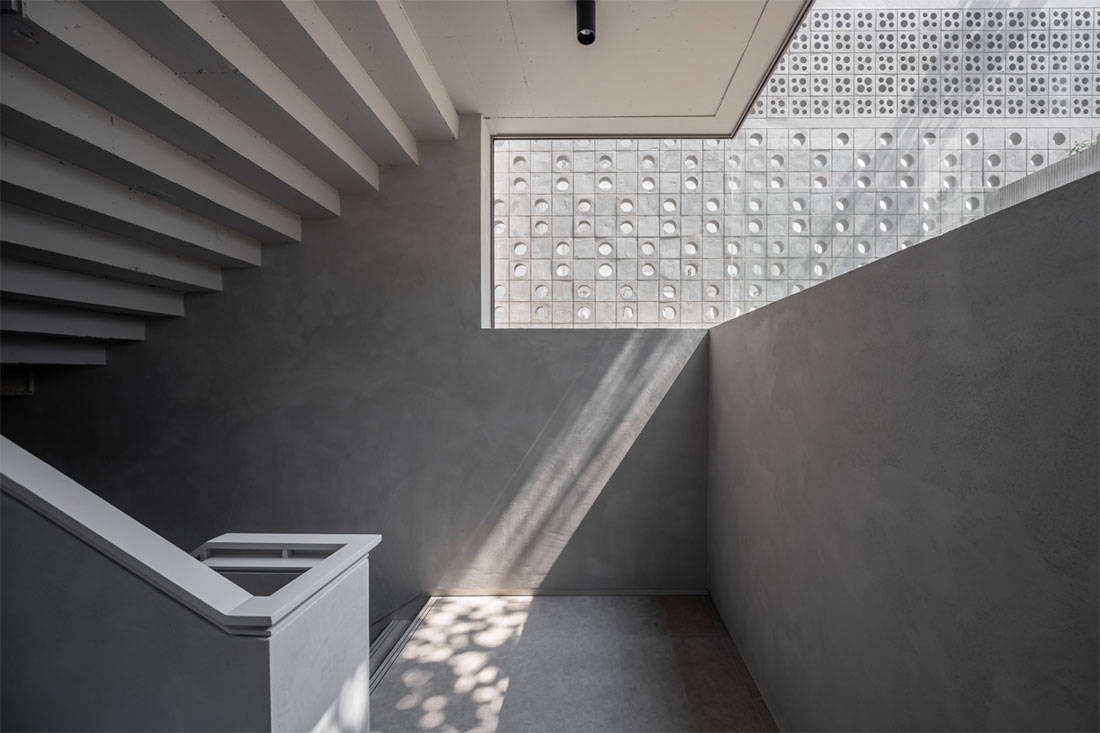 The void over part of the courtyard space facilitates airflow, while a transparent material ensures natural light flows down into the depths of the home. Even though the courtyards are enveloped within the confines of the building, the openings encourage wind and light into the living space adding an outdoor element to the indoor area. 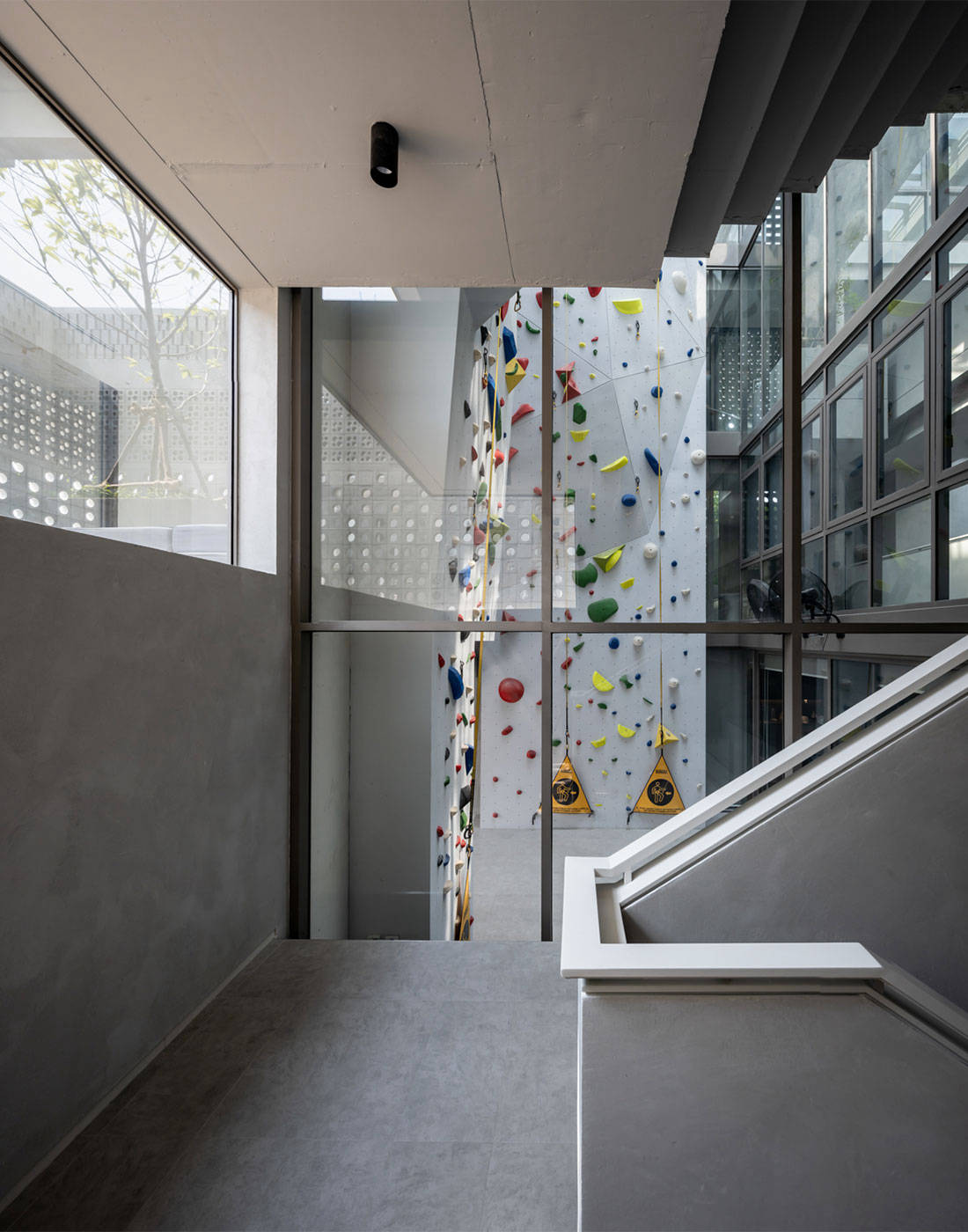 The facade on Sailom House is defined by a striking brick, built with a dynamic perforated pattern that allows natural ventilation. The facade pattern has been designed to cover parts of the home that would be exposed to excessive amounts of sunlight, while a denser arrangement has been applied to the ground floor where more privacy was imperative. Moving up the building the gaps become larger, allowing more light and air, and views to be afforded. 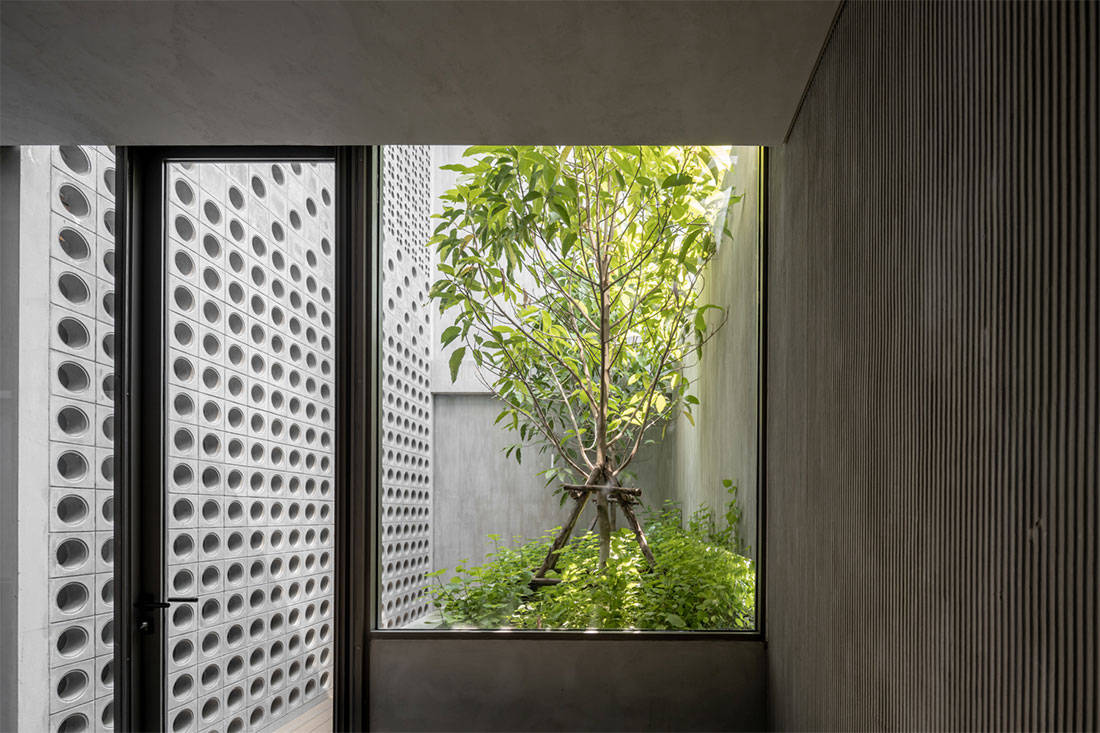 The facade has also been designed without making any cuts in the bricks. This means the range between block, beams and lintels was calculated with precision, and any final adjustments made on site. “There is this element of craft to it as well,” says Anonym founder Phongphat. 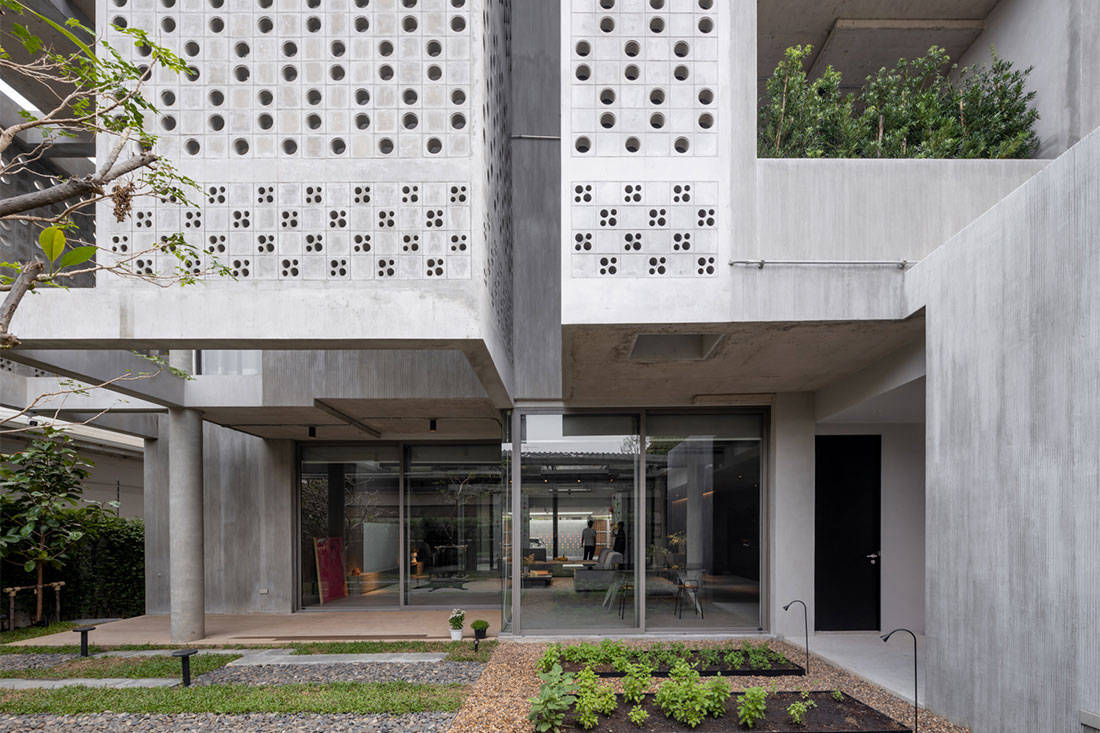 Given that brick can express such a solid form and structure, it has been broken down further through the insertion of openings, internal courtyards and the play with textures and materials throughout the interior. 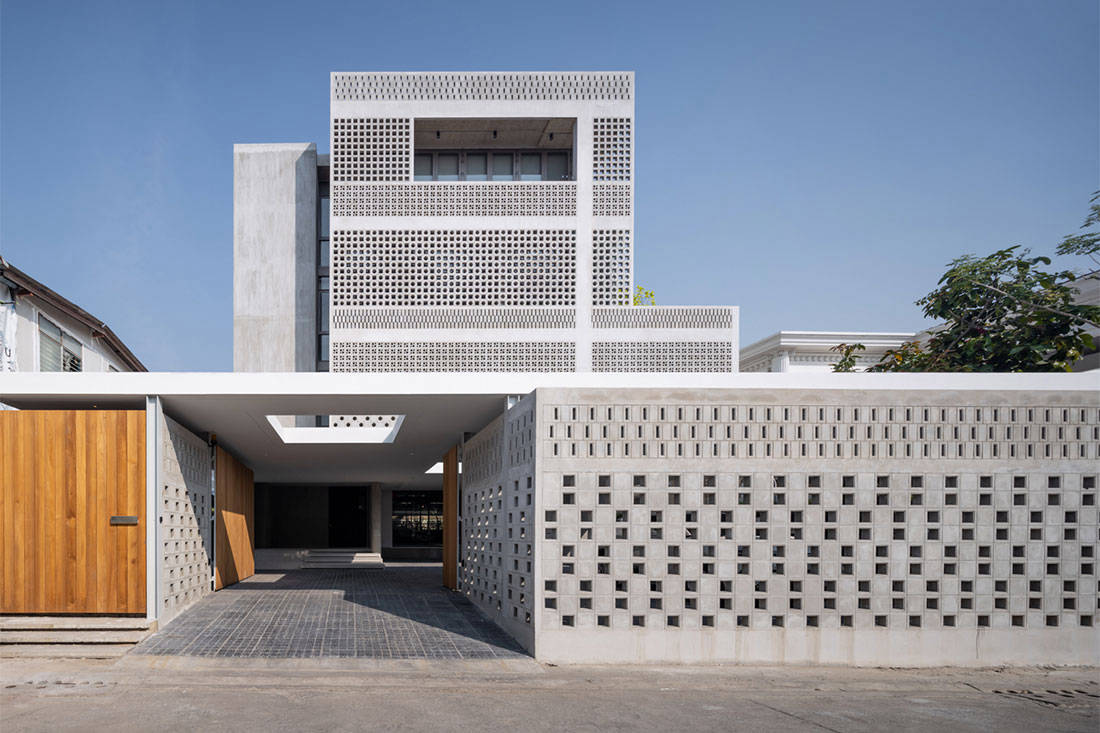 Like the house’s architecture, the architect’s approach and execution are somewhat more relaxed. Anonym is known for its immaculate details. “I like this house because it isn’t about the crisp and polished details. We did everything the way it could and should be done. I wasn’t too serious or trying too hard about making everything flawless, and that’s what I love most about it,” adds Phongphat.

We think you may also like An environmentally, culturally and socially sustainable home in Vietnam 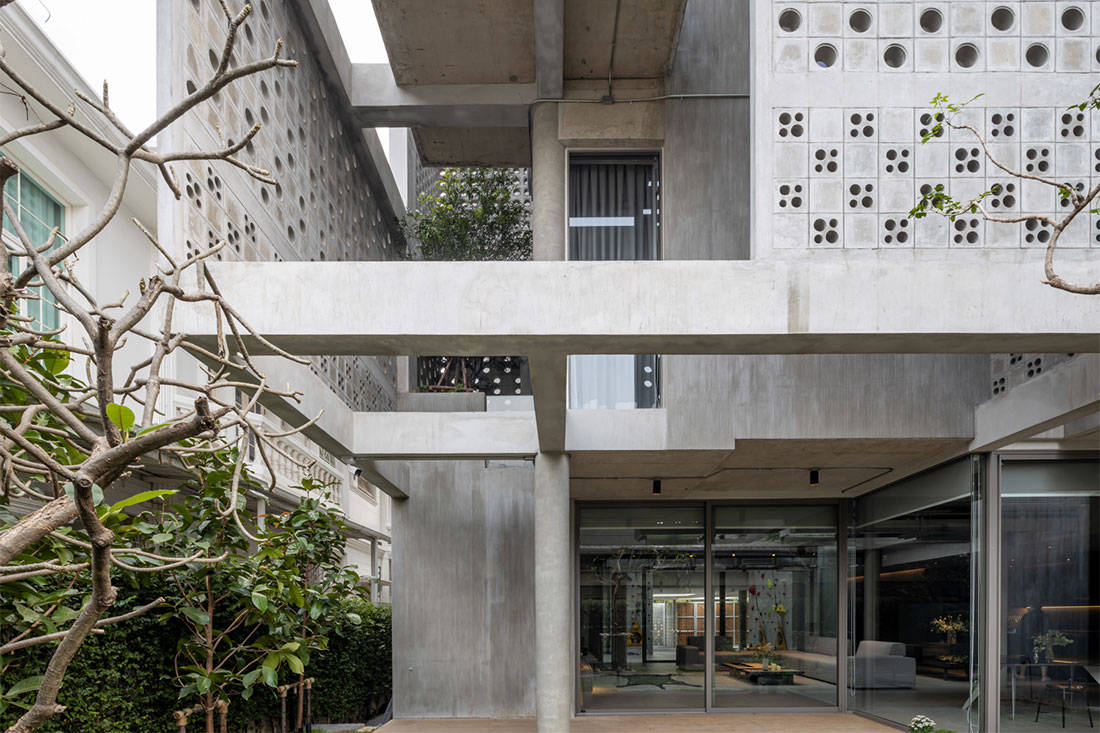 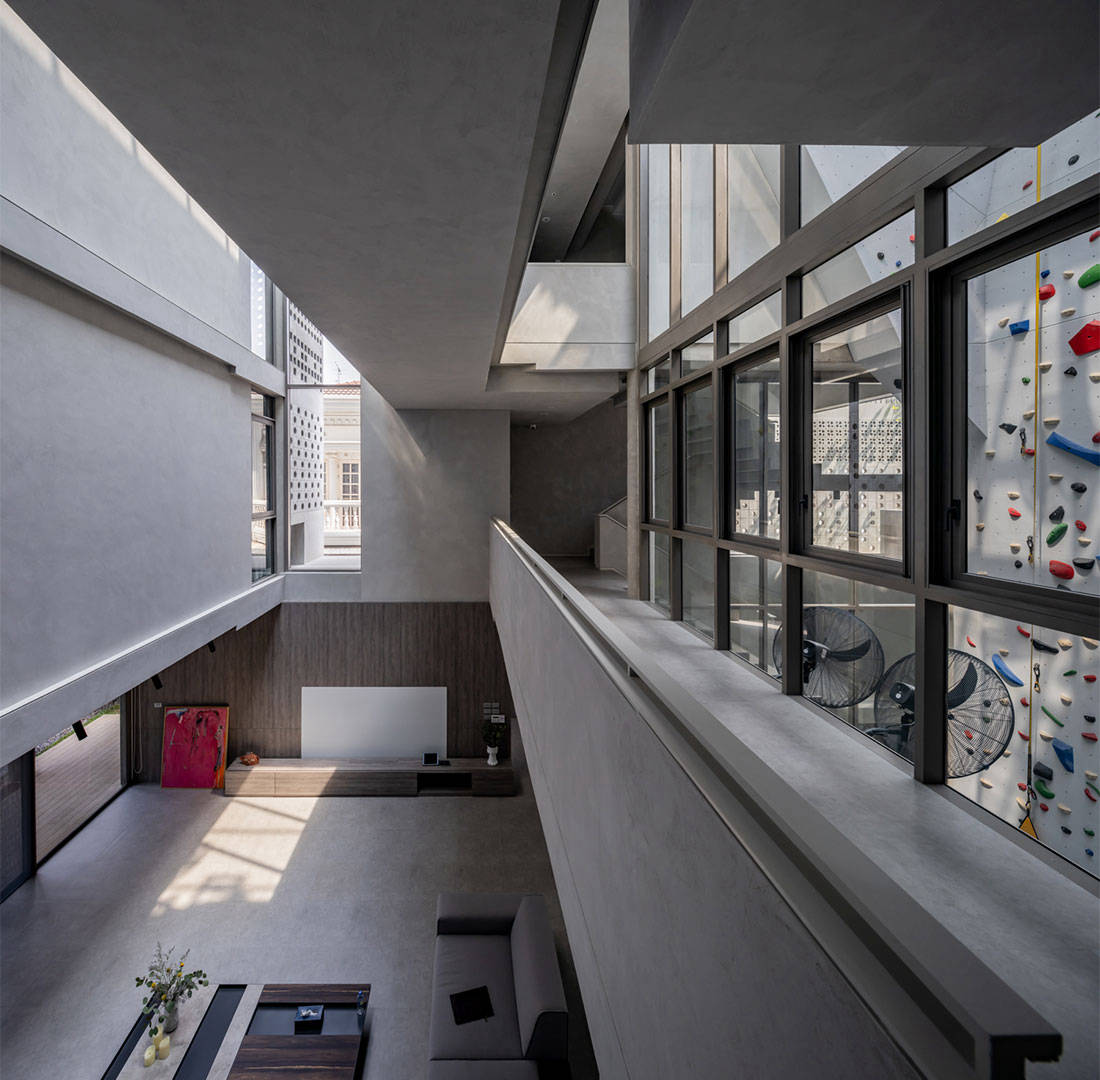 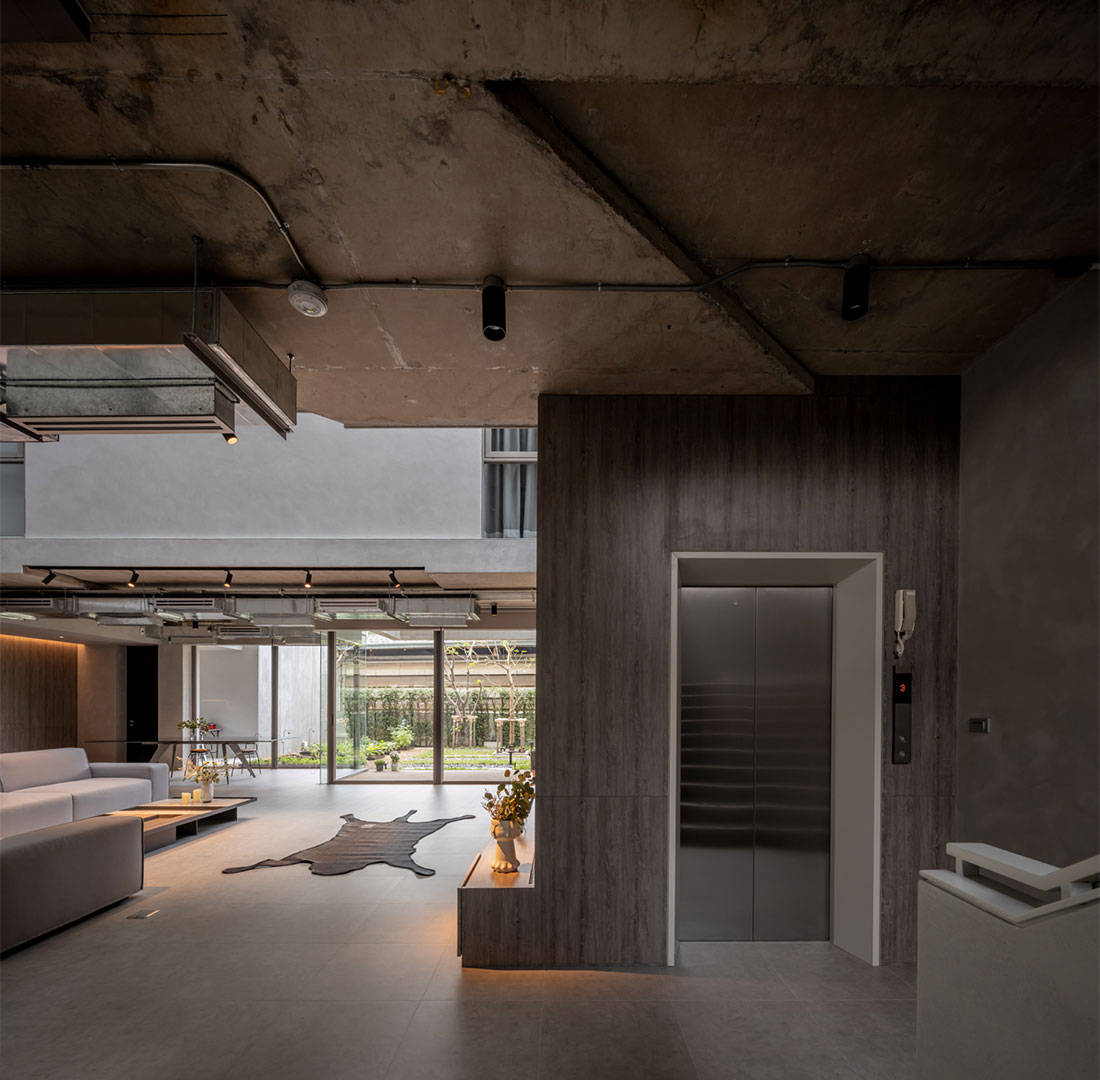 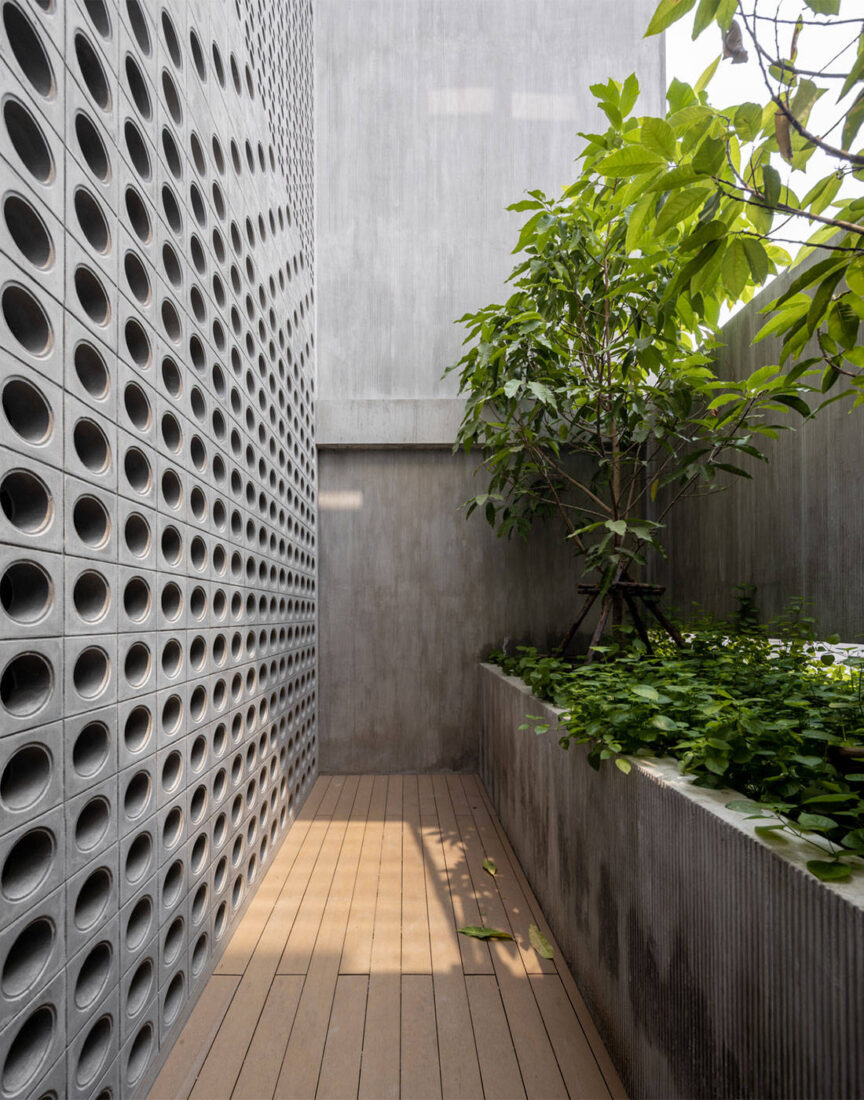 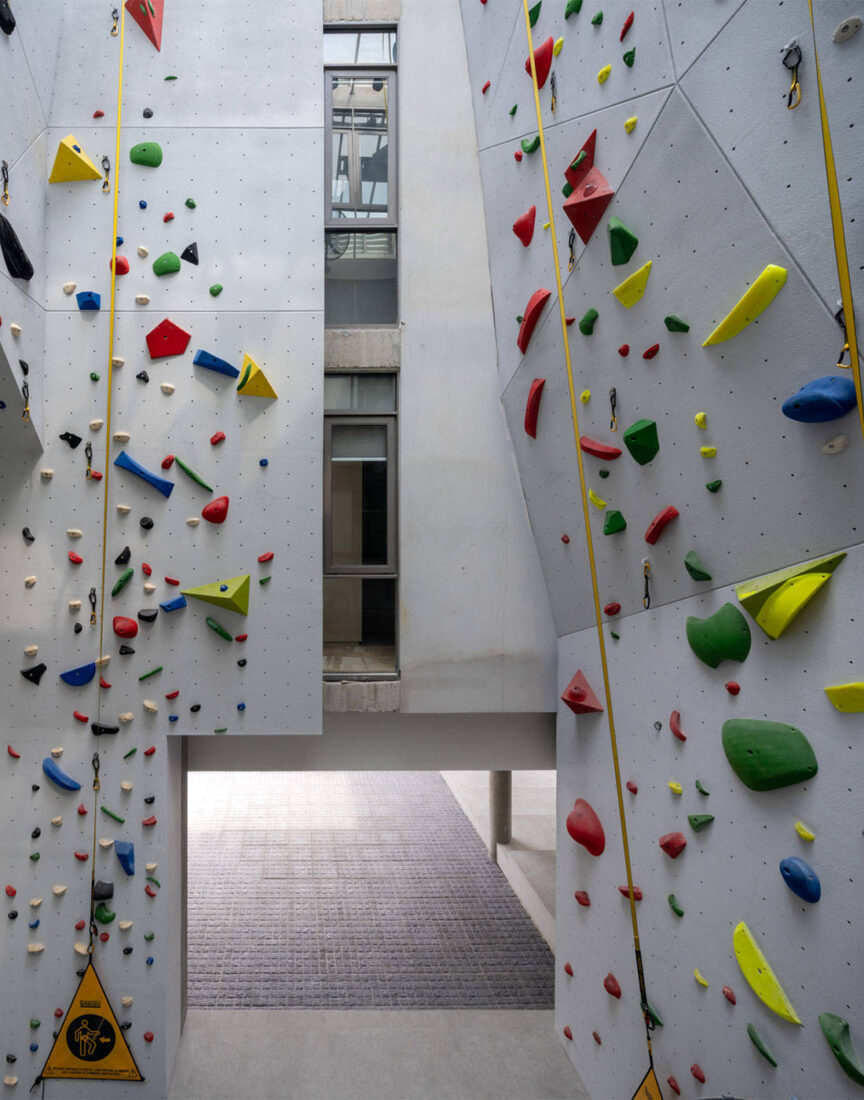 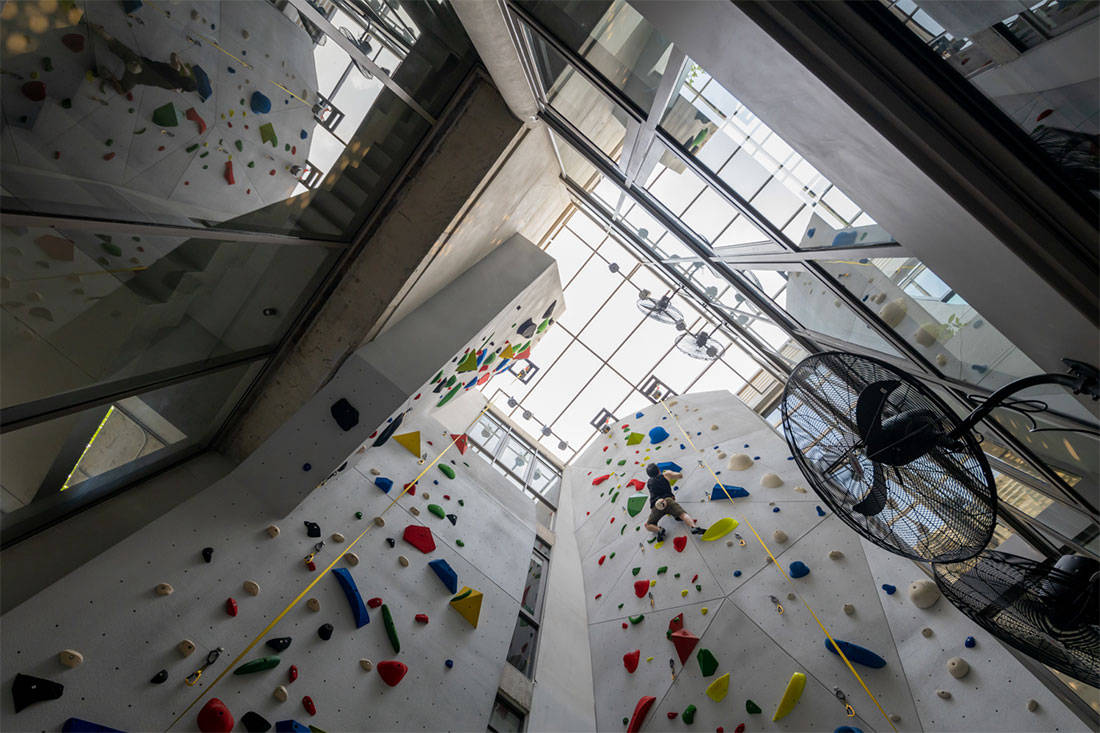