In this penthouse apartment, Minimology has tailored the interiors to be “consistently elegant”, accentuating its inherent beauty and making sure that it can be adapted to the owners’ needs even a few years down the road. 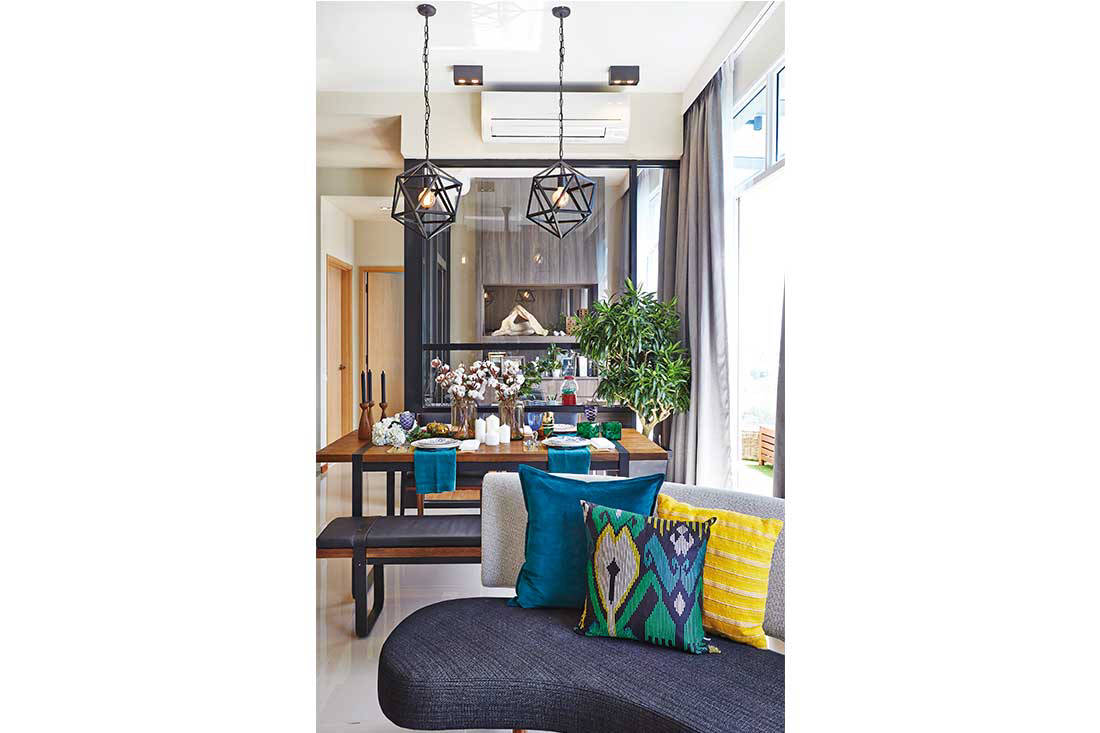 Upon entering this penthouse apartment, you’re welcomed by the shared living and dining space, flanked by ceiling-high windows that gloriously light up the rooms. Here, the designers from Minimology wanted to create a space that would feel sophisticated without looking trite or overwrought. 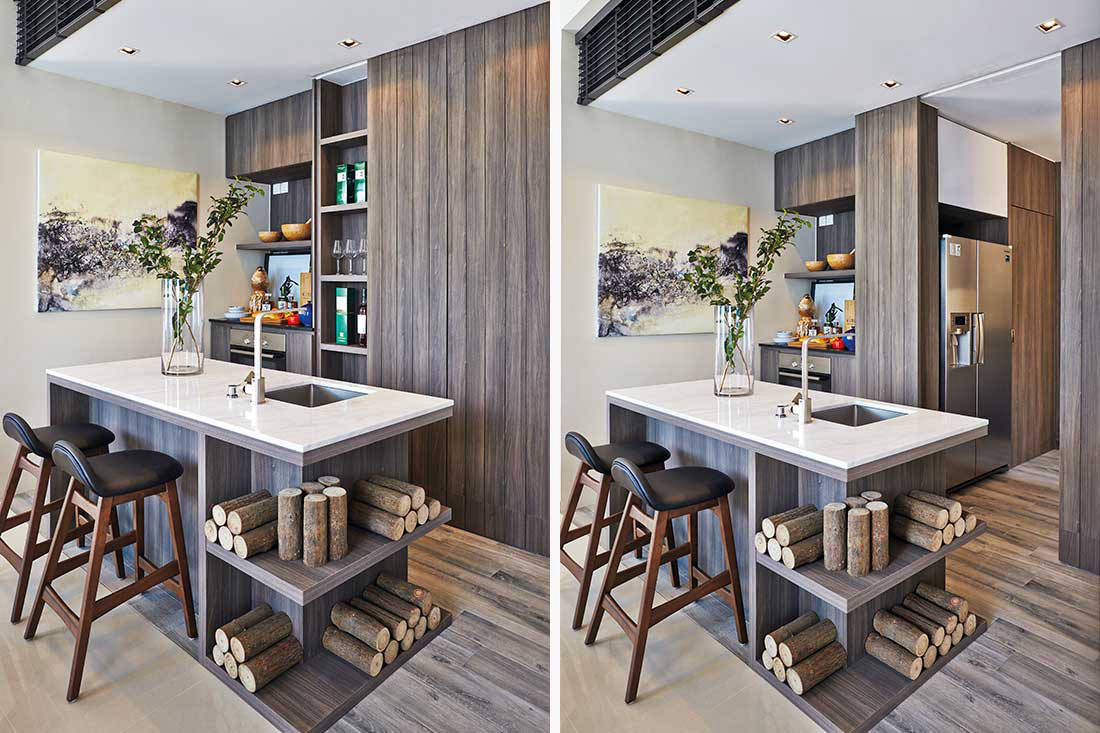 The designers pushed back the kitchen to make space for a breakfast counter and dry kitchen. Working with an open concept allowed them to integrate this space with the rest of the home. As a result, the island counter can also be used as a serving station between the kitchen and dining room. The kitchen itself is hidden behind sliding doors, keeping cooking messes away from the rest of the home. 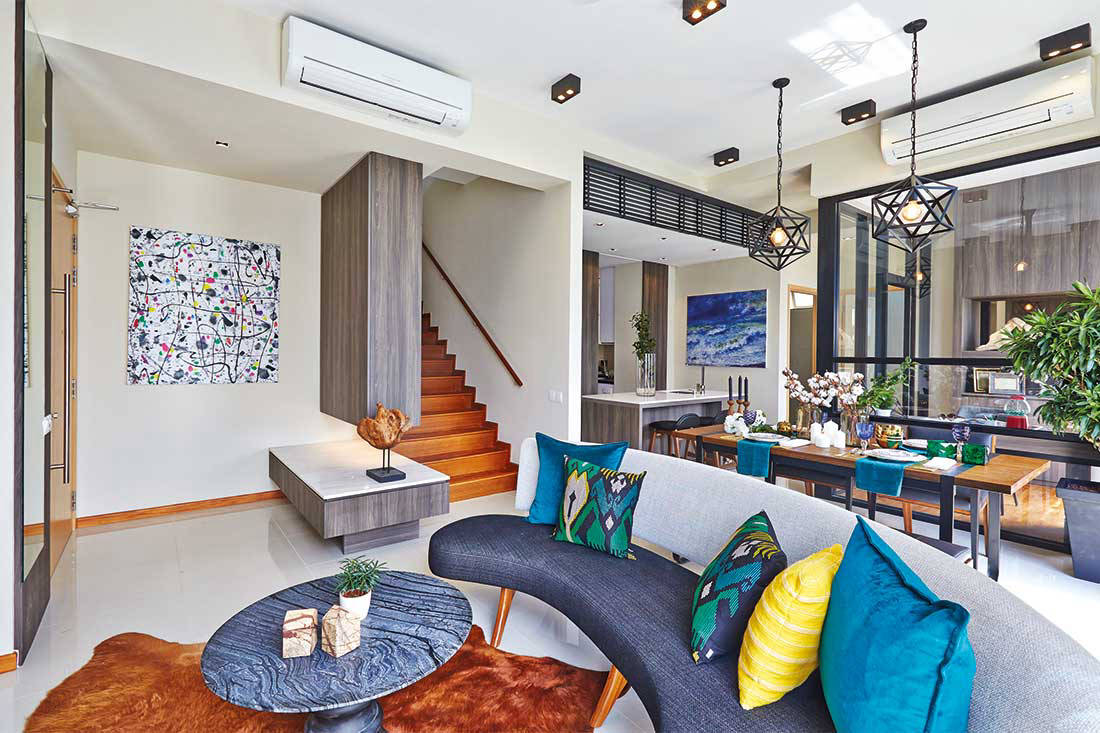 The living areas have been designed to bring a sense of lightness to the home, evident in the use of clean lines and slim profiles in the carpentry. Take the customised wall next to the stairwell, for example. The designers suspended this partial wall from the ceiling, giving it the illusion of lightness despite its bulk. The lower section of this wall is transformed into a display mantel with the addition of a sturdy marble slab. 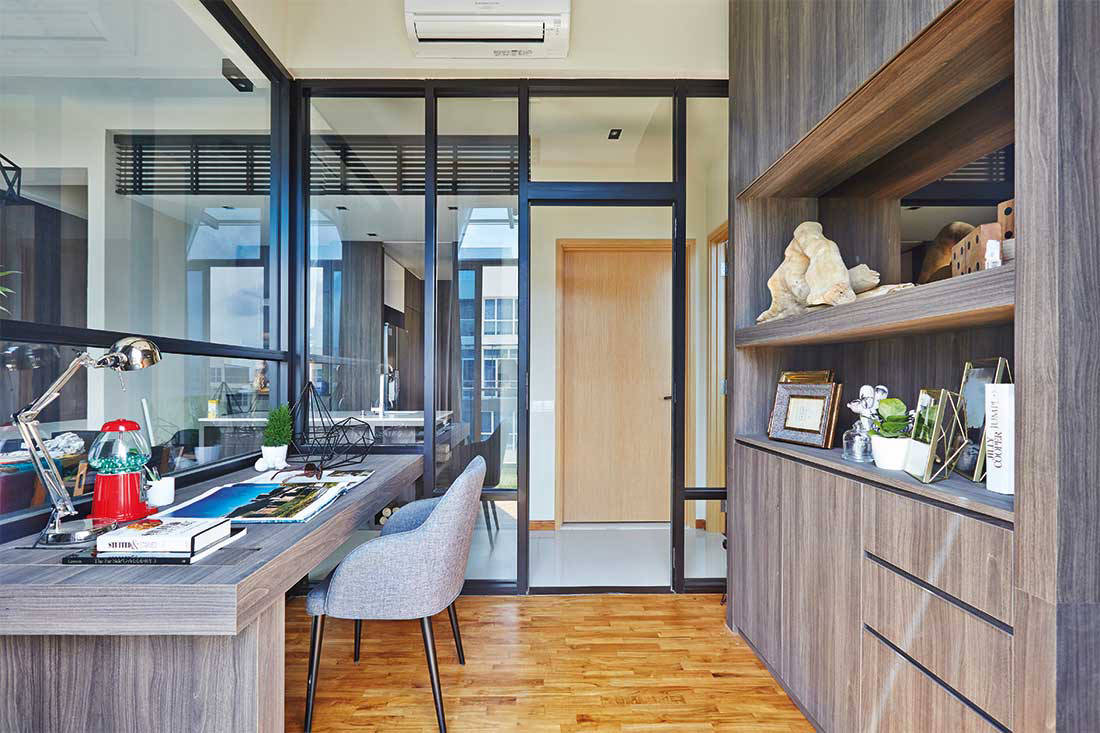 In keeping with the open-concept design of the home, the walls to the study room were completely replaced with clear glass walls with black aluminium frames. With natural light streaming in from the tall windows, this room becomes a natural extension of the adjacent dining area and living room. 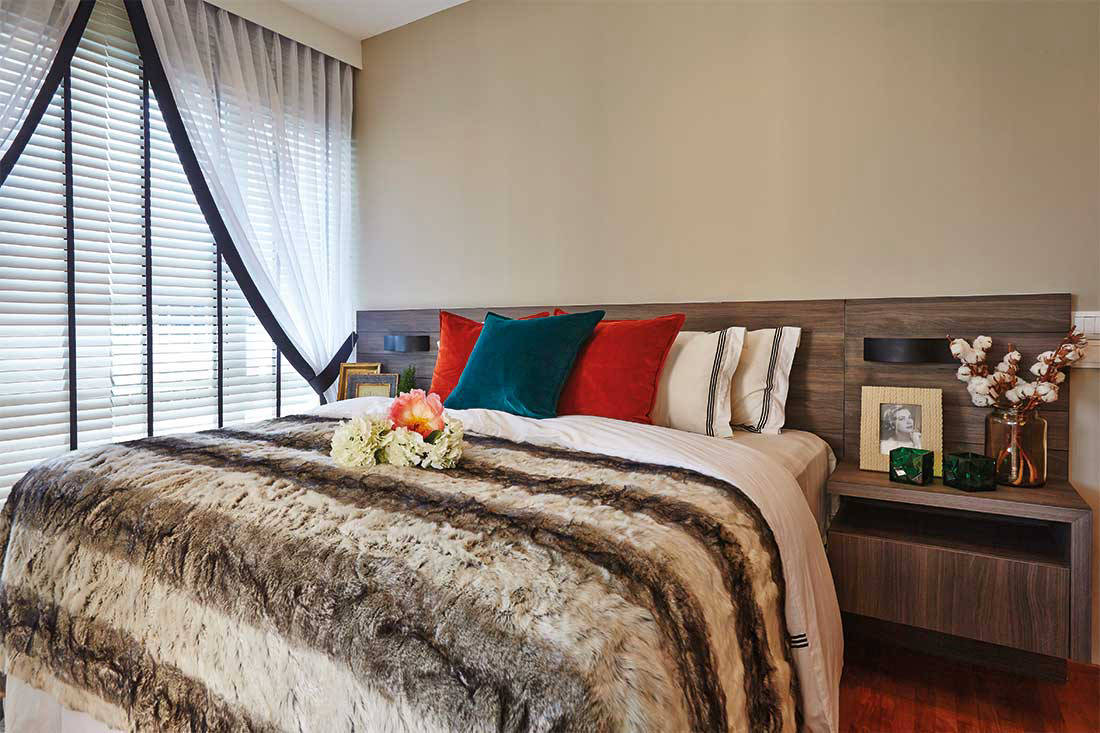 The Minimology design team describe the look of master bedroom as being “smart elegant”, prioritising functionality but still keeping to the apartment’s overarching theme of subtle sophistication. The design team had the homeowners’ nightly rituals in mind when they built the matching bedside tables: a pair of ledges that are wide enough to hold mobile phones, laptops, cable chargers and other paraphernalia. 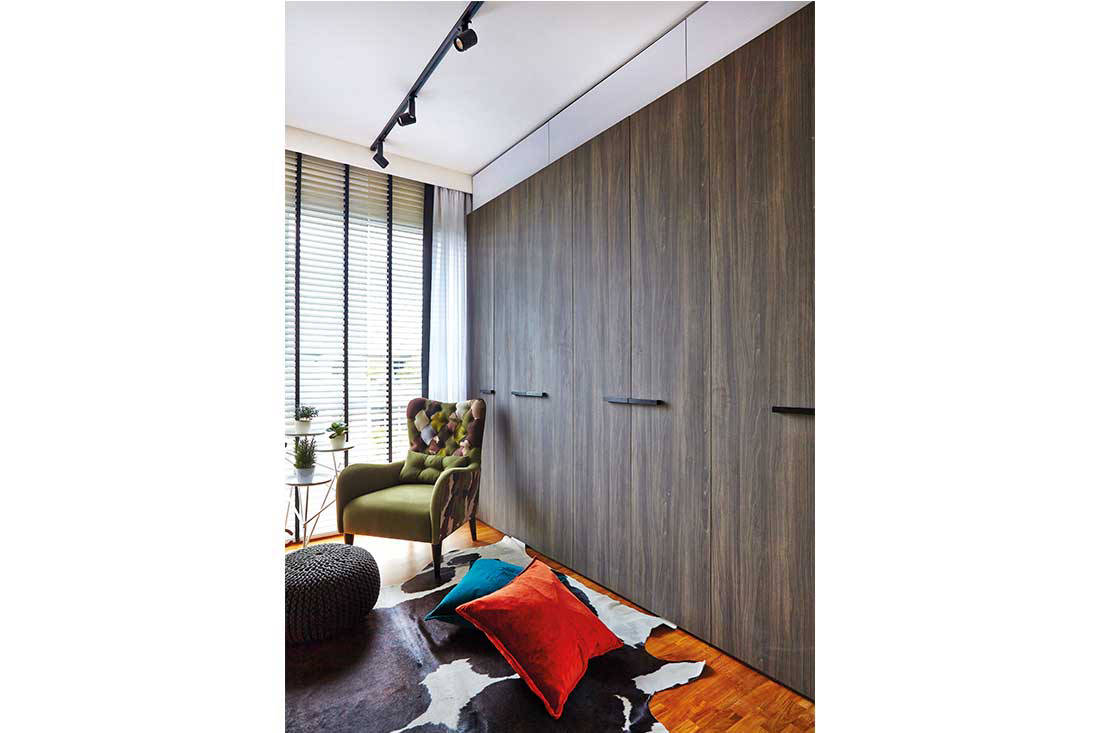 Major changes to the walk-in wardrobe resulted in a newly reconfigured space. The designers dismantled the existing wardrobe, repositioned it and expanded its capacity. They even added an additional wall of closet space on the opposite side for maximum storage. But the design team also made concessions for the future: the wardrobes are removable and this room can be turned into a nursery and eventually, a kid’s room.