Australian house with both old and new design features

In its renovation of the Kingsville House, Richard King Design has maintained the building’s original workers cottage facade, and blurred the distinction between old and new.

Due to the Kingsville House’s proximity within a heritage residential zone, the residents of this home had to maintain the traditional workers cottage frontage of their family home. The house had seen better years, dilapidated, stunted in size and with an awkward layout, Richard King Design were called in to redesign the rear section and create a contemporary and cohesive home. 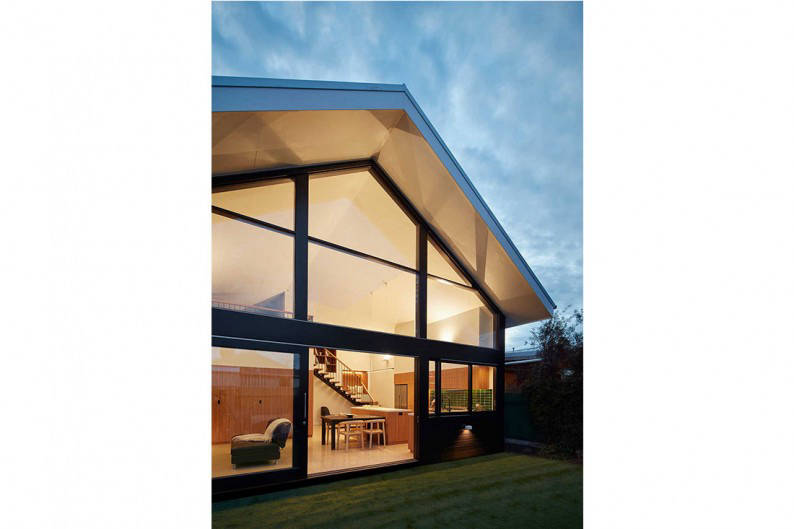 The project took tw0 years to be realised from concept to completion. In keeping with the character of the house’s historic front, Richard King Design went to great effort to ensure that all original features were restored and extended with absolute precision to achieve a balanced and seamless appeal. 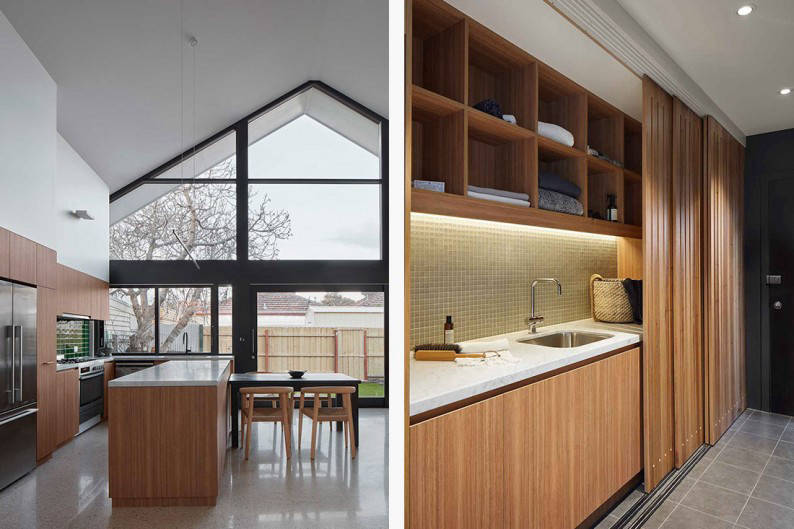 The existing gable roof was pulled through onto the new rear build to visually expand the original architecture. Richard King Design took advantage of the council’s zoning to lower the original floor level and offer an excess of ceiling height in the main living room. The combination of the new floor and roof liberated a previously enclosing space to give a dramatic impression, while also offering additional multi-storey floor space, utilised in the creation of the mezzanine. 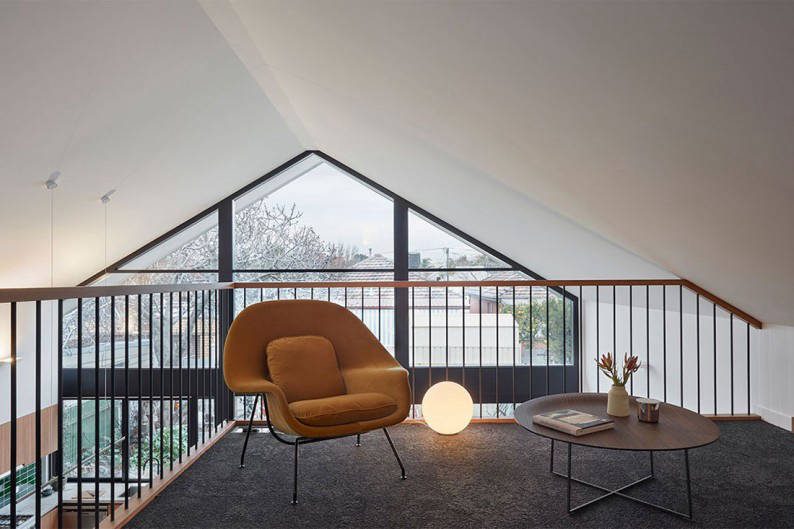 Furnishing elements that mimicked the character of the original building were also introduced into the new extension to harmonise the two spaces, such as the double-sided fireplace that was refurbished and adapted into one of the bedrooms. Similarly, the external appearance of the house was maintained with the original weatherboard cladding copied and continued over the new structure. And the slatted sunshades were recreated to construct a new green canopy for the side entrance. 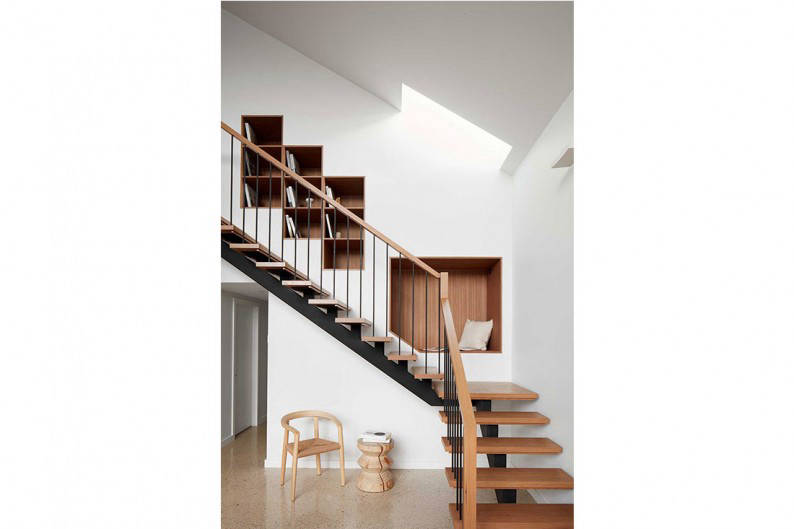 Sustainability informed the design with carefully positioned skylights incorporated to draw in natural light and filter throughout the otherwise dark crevices of the original build. An east-facing double-glazed wall captures the morning light to heat the house in time for breakfast, while also eliminating the northerly sun from over heating in the enduring summers. Cross ventilation is encouraged across the breadth of the house from the louvred windows and skylights. A 3000-litre water tank was installed to collect rainwater for the toilets and outdoor gardens. 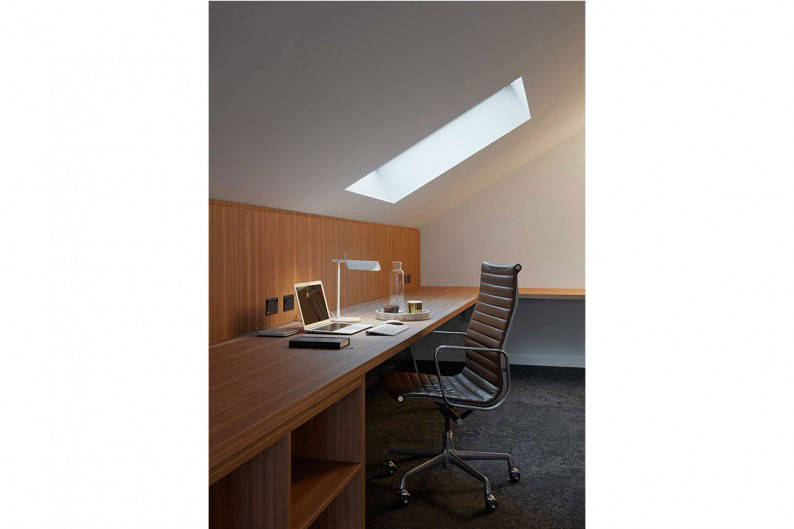 From within, the Kingsville House is a clean and contemporary home that abides to modern invention to ease the resident’s everyday routines. But from the front exterior, the house retains all of its unique character that speaks to the site’s history and lineage. Old features were respected and given new life while adhering to original quality, all ensuring that both the traditional and modern sections of the house last into the next century.