A greener path: Additions and Alterations to make an old home new again

Additions and alterations or A&A may not sound as exciting as building a new home from scratch, but they can earn more brownie points in sustainability.

Additions and alterations, or A&A, is an economically sensible solution to updating or expanding your home. It typically costs less than building a new house from scratch and might take less time to complete. But did you know that it is also inherently more sustainable? Using the existing bones of an old building generates less construction waste, which makes up a large percentage of landfills around the world.

In the case of Rumah Sisik Batu, a two-storey landed house in Pejaten area, South Jakarta, A&A is both an effort to live sustainably and a strategy for the owners’ family expansion. Designed by Indonesian architecture studio ArMS, Rumah Sisik Batu (which literally translates to ‘Stone Scale House’) is named after its most prominent design feature – a series of walls clad in basalt stones. The 2,626-square-foot house is built on the structure of an old 2,013-square-foot house from the early ‘90s. We hear more from ArMS’ founder and principal architect on the project. 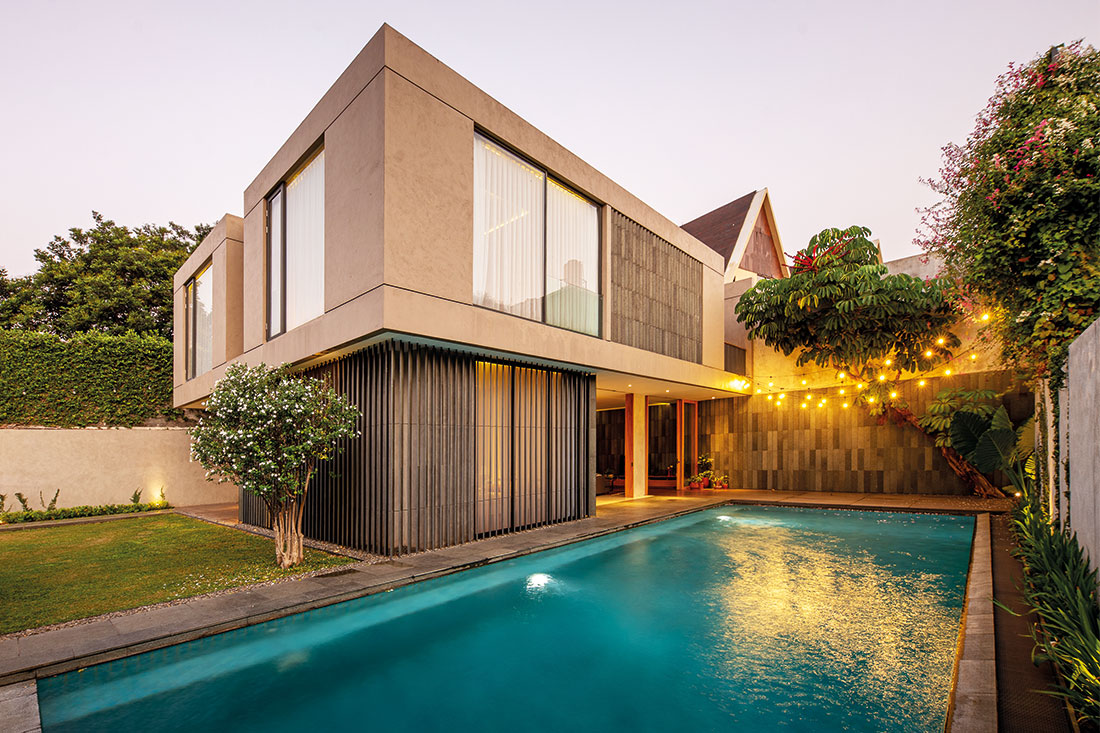 Why did the owners choose A&A over a new build?

It makes sense economically. Waste not, want not. Additions and Alterations was just one part of the family’s expansion plan. The other parts included buying a neighbouring plot of land and leaving enough room, both literally and figuratively, for more A&A. Plus, the old home has good bones.

What was the design of the old home like?

The old house featured an asymmetrical slanted roof, a square floor plan, elaborately articulated elevations, and a few inner courtyards that were a hassle to access and ended up underutilised. It was built at a time when postmodernism was at the height of its popularity. It strived to be trendy, and it showed. When it comes to the architecture, ‘trendy’ would quickly turn to ‘dated’. Don’t aim for trendy for your home; aim for timeless. 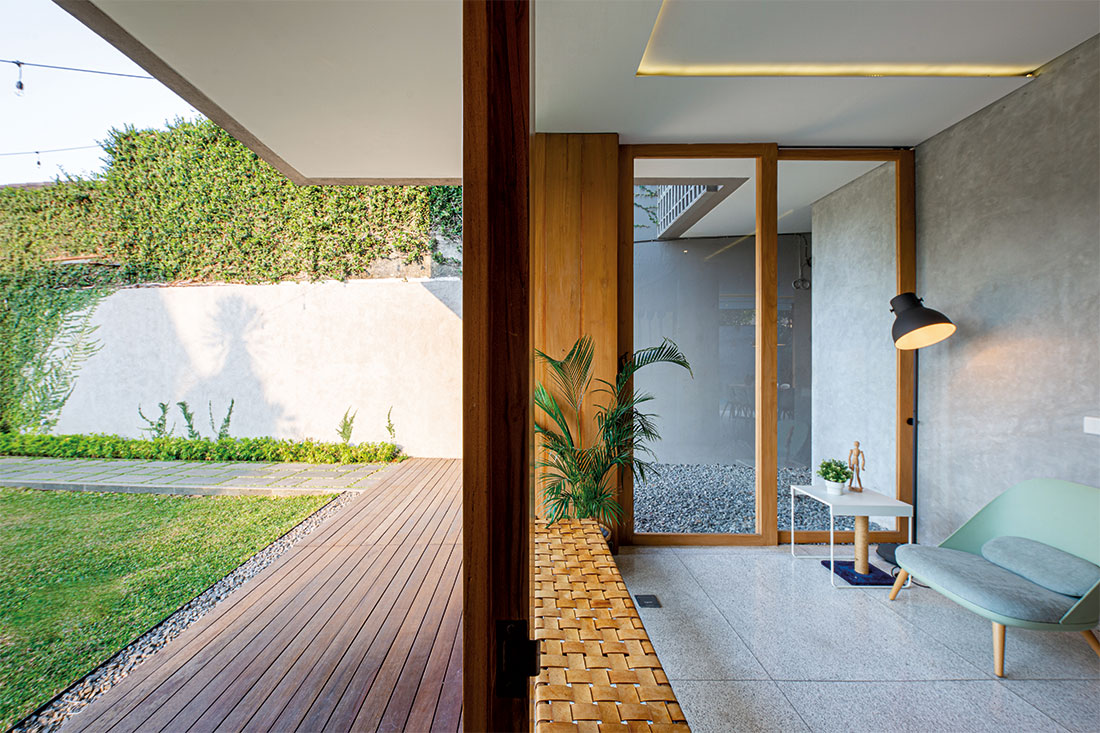 What was the concept of the new home?

The main concept was to create a flexible interior with a strong connection to the outside, by creating a barrier that can be opened spatially and visually via large glazed openings. We advised them on blurring the boundary of the indoor and outdoor so activities can spill outside and they can enjoy the outdoors more. 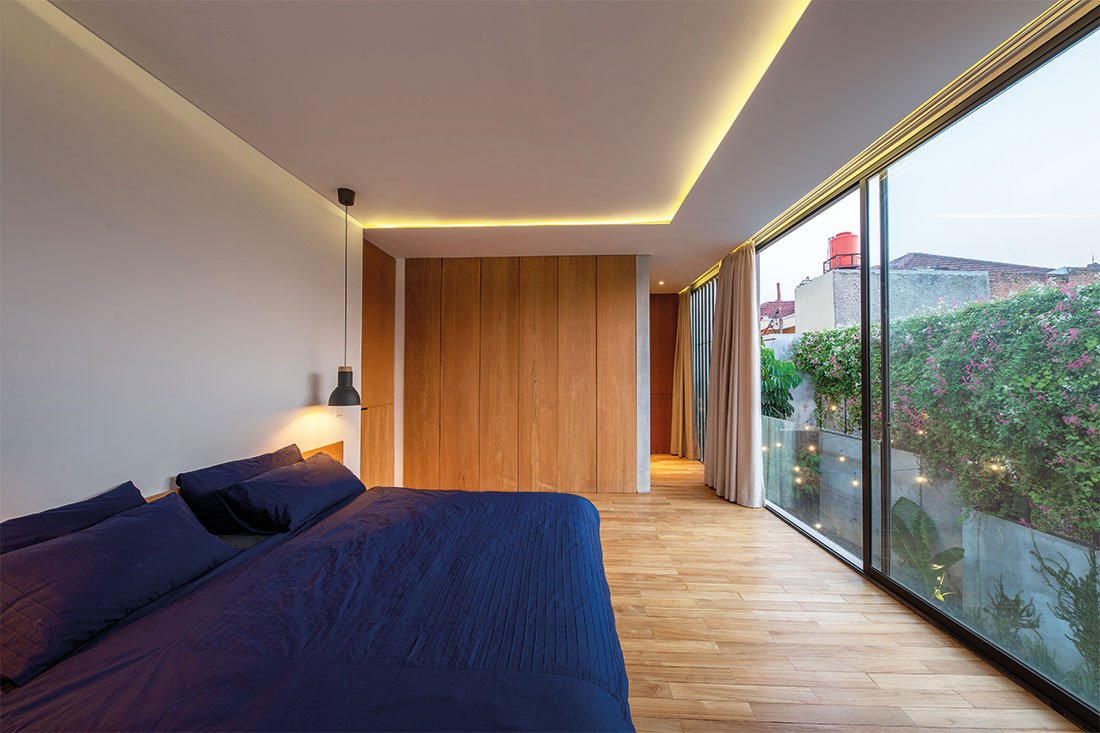 What were some of the unique design opportunities derived from the old structure?

Working with an existing structure required us to reexamine the basic shape of the old house. We peeled and chipped away parts that didn’t work for the new design until we got to the good bones, then we added the new elements. These peeling and reducing processes allowed us to modify the squarish plan to rectangular, so the house can have a stronger connection to the outdoors via the length, and enjoy more natural light and breeze because of the narrower width. 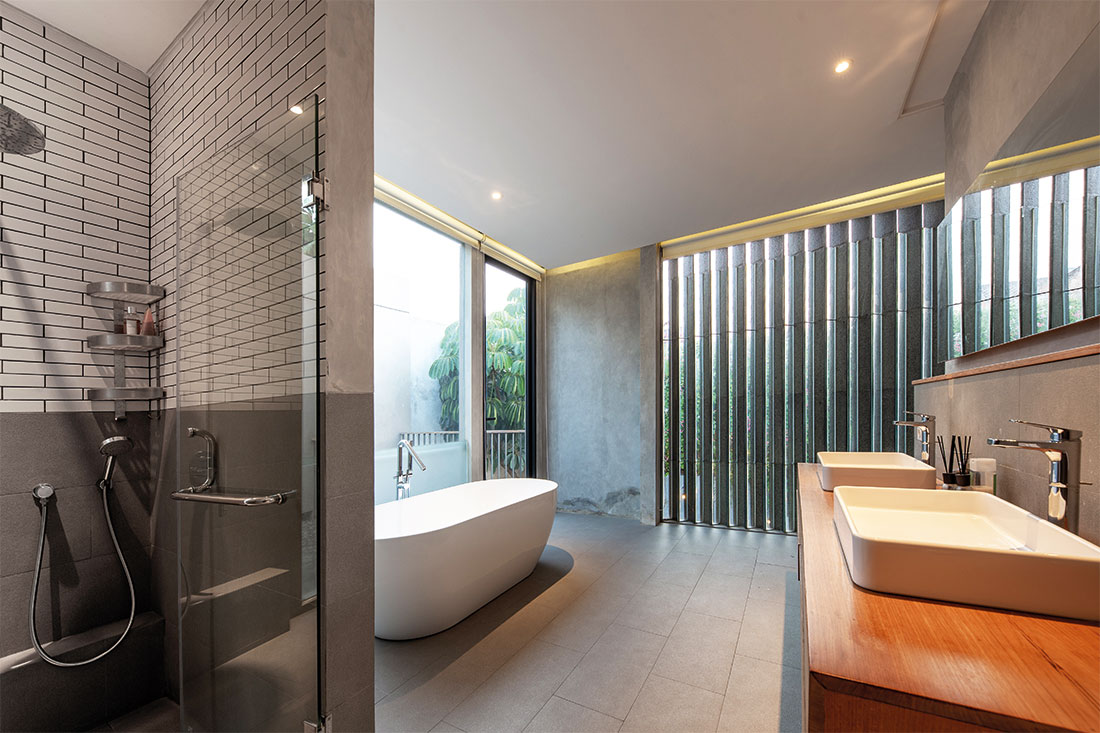 What are some of the key additions and alterations that you did to the old structure?

New functions included more bedrooms for the children, a guest bedroom and a swimming pool. We overhauled the material palette and designed the key fixtures like the kitchen counter and the bedframes. We detached the sheltered carport from the house and moved it away to the entrance of the new plot. A 35-metre-long pathway was then created between them. And of course, we designed the stone walls.

Why was the stone wall so important in the design?

In some areas, the stone wall serves as a screen, and in others, it serves as a design element that unites the indoor and the outdoor area. Thus, it is a crucial element to the design concept. The living area and the pool deck, for example, feel like one space thanks to the continuity of the stone wall. We’ve layered the stones at an angle, so the wall presents a different shade when viewed from its two sides, much like fish scales. 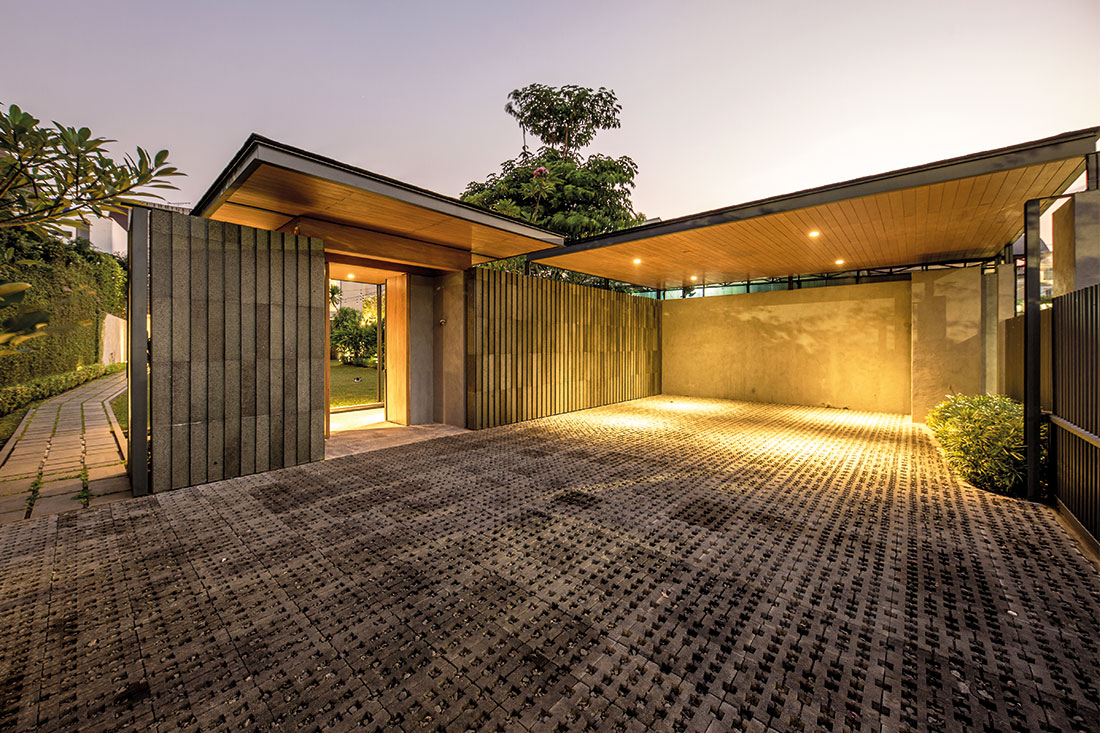 What about the new material palette?

The new material palette comprises warm toned colours and materials with longevity. The wood we use for the interior and the bespoke furniture is solid Javanese teak, which has a distinct red undertone. It’s an extremely durable wood that can be salvaged and reused even when the house is torn down. The stone of the walls is basalt stone and it was sourced locally. Basalt can also be reused.

A&A is more sustainable than new build – true or false?

True, because Additions and Alterations involve reusing existing elements. Demolishing a building requires manpower and considerable energy. It also creates a large amount of construction waste and most of it cannot be reused and recycled so it will end up in landfills.

We think you may also like An environmentally, culturally and socially sustainable home in Vietnam