Ask anyone if they have seen the blockbuster movie Crazy Rich Asians, based on the eponymous novel written by Kevin Kwan, they’ll most likely say yes. Some might even reenact their favourite scenes. But ask anyone if they have seen Crazy Rich Asians leading man’s KL home, whom he shares with his beautiful wife Liv Lo, the answer will probably be no. But this will now change. 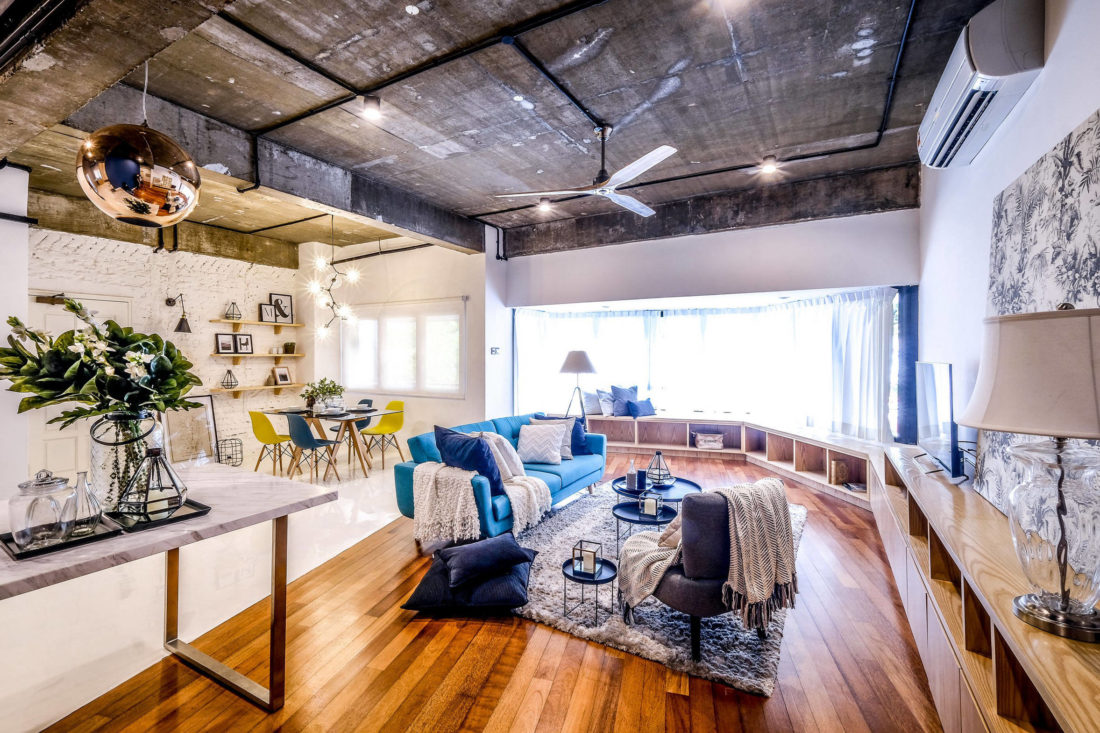 Though nothing like the majestic house of Nick Young’s (Henry Golding) grandma, Malaysian heartthrob Henry Golding’s home is just as good looking as he is. But truth be told, it wasn’t this chic and trendy before Henry and his wife reached out to MIL Design & Construction to create their dream home.

“Spatially, there were many challenges we had to address such as the narrow entryway, low ceiling, noise from the elevated MRT train nearby, lack of sunlight, large beams, the overall cluttered and narrow living area, the redundant large balcony, and the dark enclosed kitchen,” reveals Mil Yung of MIL Design & Construction. So rather than complying with the existing structure, the designer completely gutted and remodelled this 35-year-old apartment located at the urban Bangsar area of Kuala Lumpur, where the couple resides when they are not busy jetting around the globe. 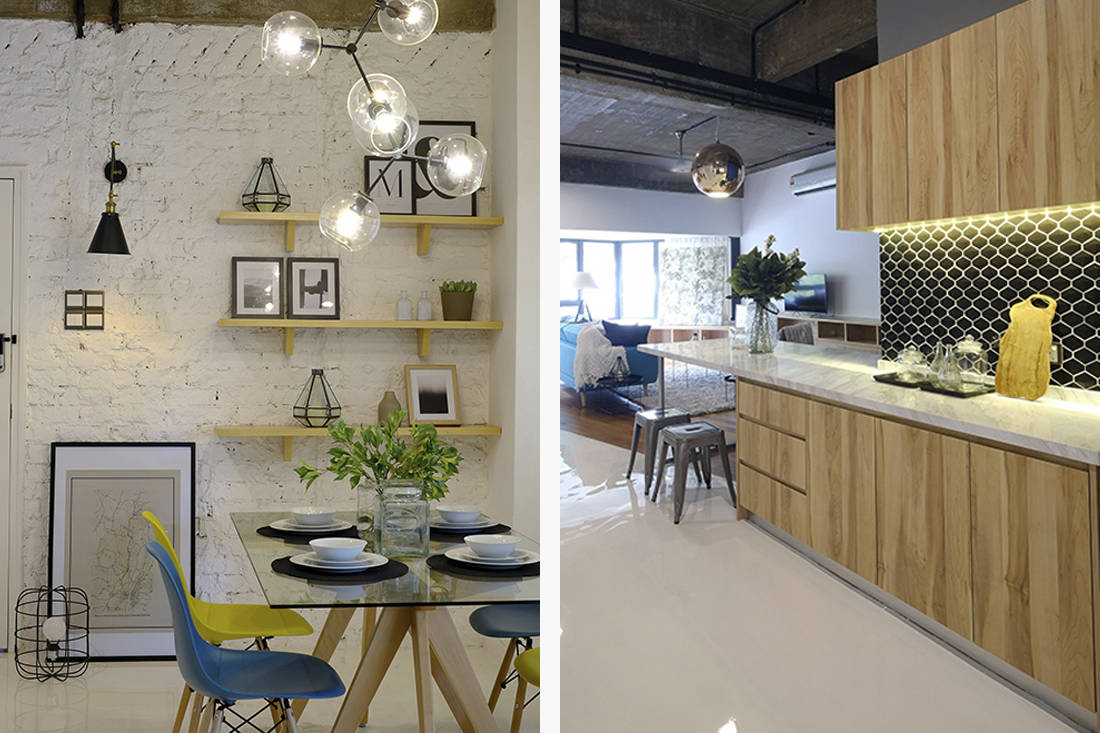 An open floor plan was born out of this radical transformation, which integrates the kitchen, living and dining spaces. To demarcate the kitchen and dining spaces from the living area and entertainment nook, two contrasting floor finishes of high-gloss concrete and merbau timber strips designed in an asymmetrical geometric play are used. 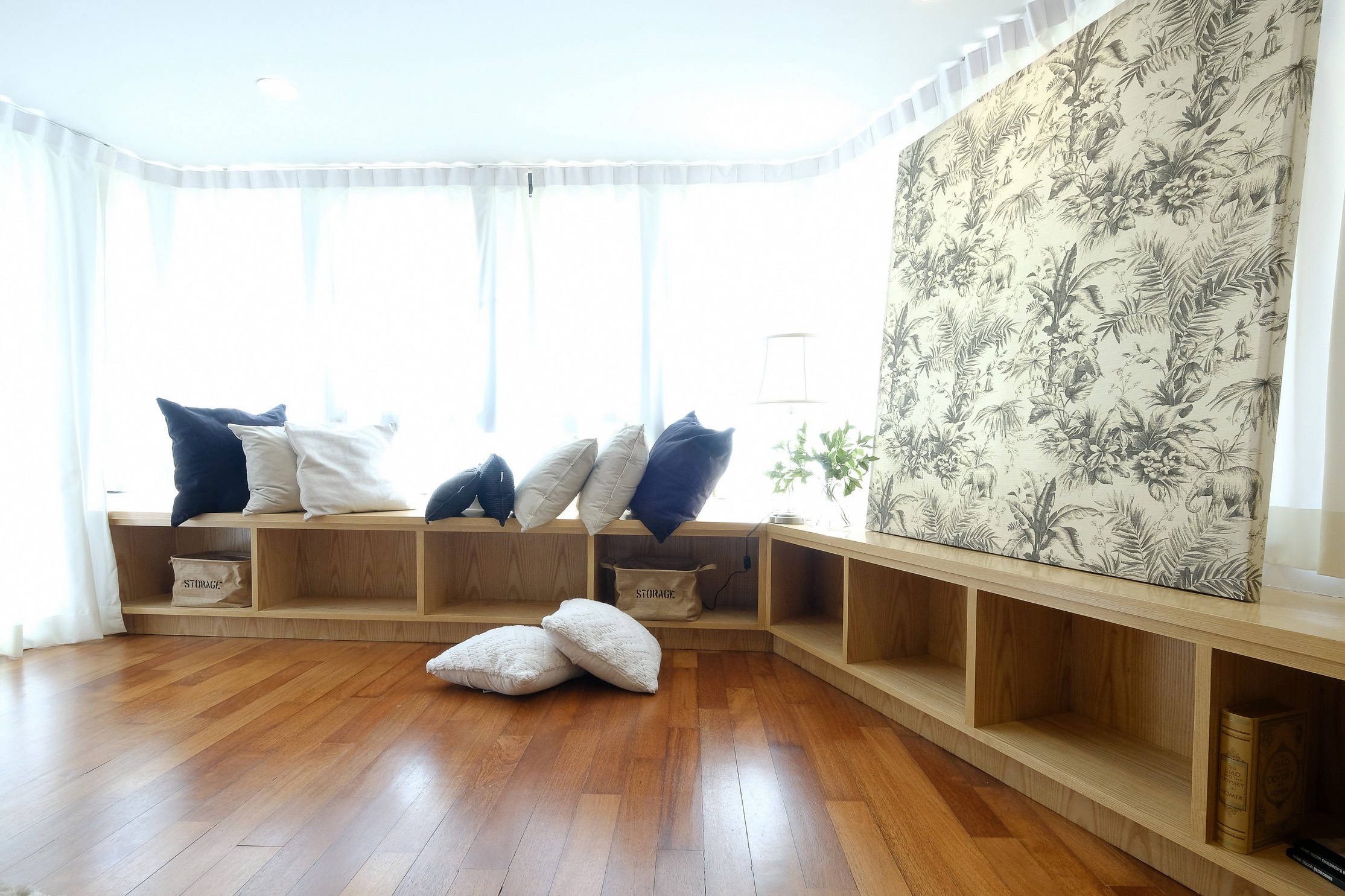 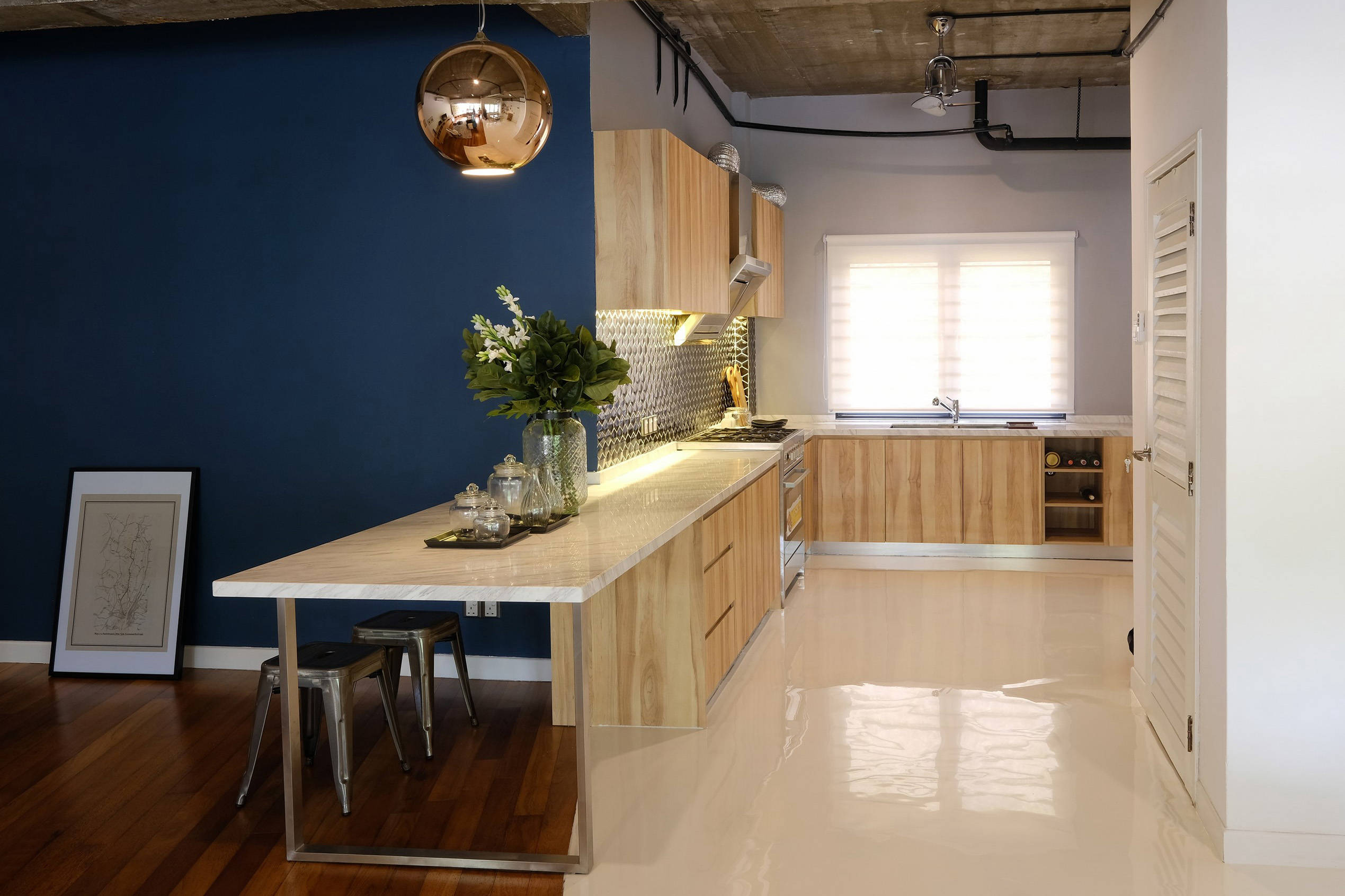 Henry is an avid cook and loves hosting friends and family. Having known this, Mil created a kitchen counter that extends out to enhance interaction with the rest of the house. “This allows him to work in the kitchen while conversing with guests seated far across,” Mil says of the clever design. Further adding style and character to the kitchen space is the black backsplash composed of Thai ceramic mosaics. 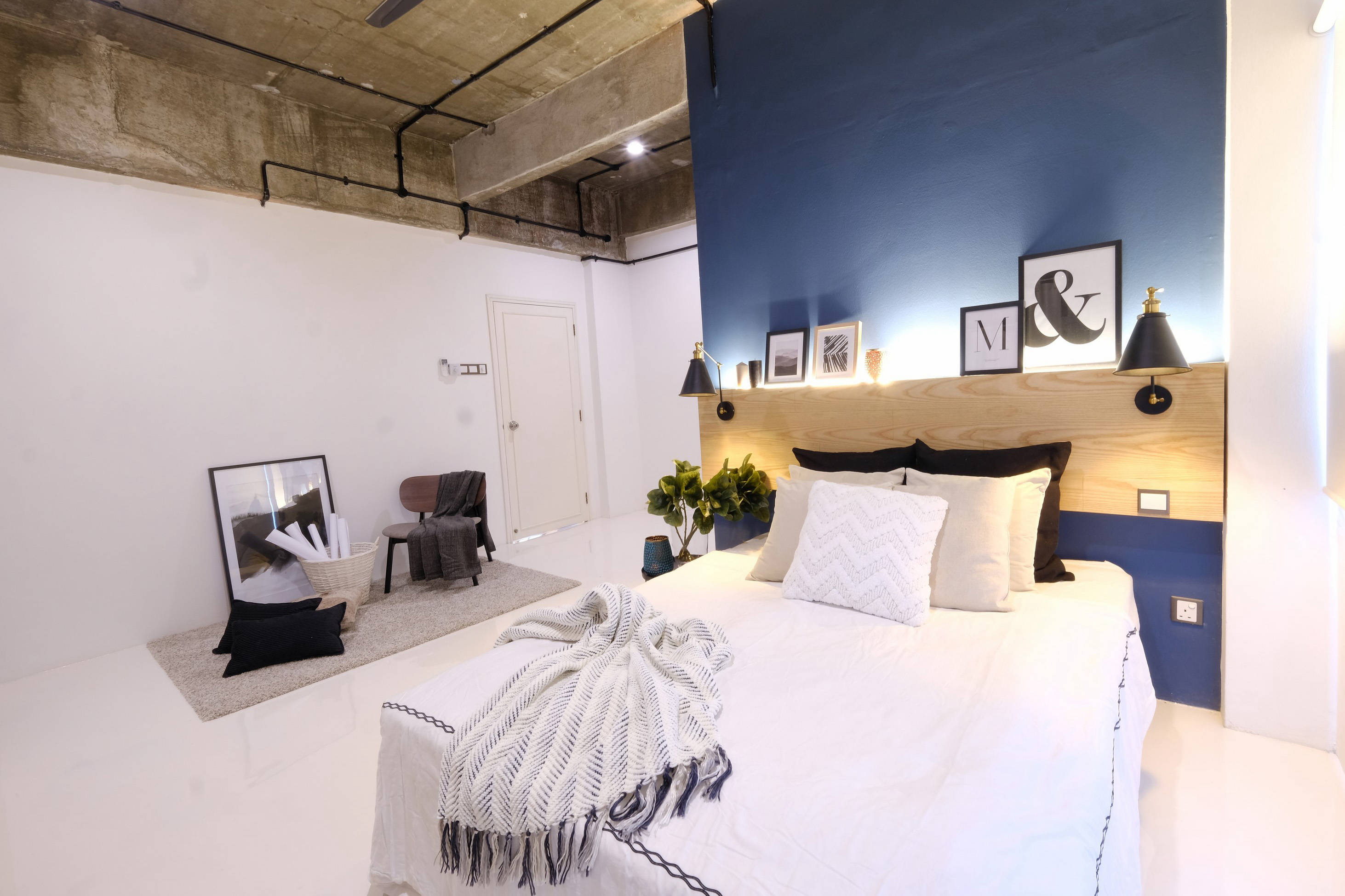 But what truly adds panache to this 1,300 sqft apartment are the storm blue acrylic walls in the bedroom and dining space. Evidently, a strong interplay of graphics and contrast becomes the key palette where new textures juxtaposed the old, amidst a neutral urban color scheme. The white-washed exposed brick walls now serve as canvases for Henry’s photographs which he took during his travels; some of which are from his travel host days with Discovery Channel Asia and BBC World News before he debuted as an actor.

Hip, chic and bursting with character, just like Henry himself, this property is now a livable space that marries new functions and modern design language into an existing old shell fit for this Crazy Rich Asians actor, who surprisingly leads a not so crazy rich asian lifestyle.

We think you may also like From old to new: an over 30-year-old apartment gets a hip makeover