Singapore’s Architectural Surprises You May Have Missed

Have you seen these amazing Singaporean buildings? They’re part of the shortlist on this year’s World Architecture Festival. 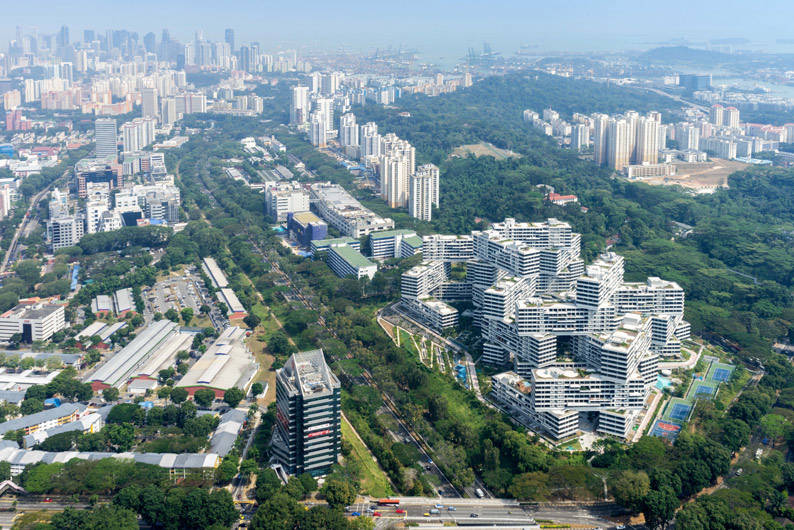 The World Architecture Festival – the world’s largest architectural event – honours outstanding architectural and landscape designs. Every year, leading architects and smaller practices compete for the coveted award, submitting incredible designs that range from small family homes to large commercial developments and landscape projects. This year, there are 338 shortlisted projects from 46 countries, including a number of projects from Singapore. Here are a few of the Singaporean architectural delights shortlisted for the ultimate accolade of World Building of the Year 2015. You may have already seen them around the city! One of Singapore’s largest and most ambitious condo residences has made the international shortlist. The Interlace (you’ve probably seen it when you’re on the AYE, near Alexandra Road and Depot Road), is a showstopper: a series of building blocks stacked precariously on top of one another, with sky terraces, rooftop gardens and magnificent courtyards. It’s definitely an impressive sight to take in, Nanyang Technological University’s (NTU) Learning Hub, designed by Heatherwick Studio, marked the first redevelopment the campus has had in 20 years, and what a big difference it’s made. A closer look might reveal that the Learning Hub was designed to resemble a cluster of elongated bee hives, with 56 tutorial rooms that are built to foster interaction and a sense of community. Open-air galleries, large central spaces and gardens make this a building that we wouldn’t mind going back to school for. We can’t blame you if you walked past DECK and mistook it for a temporary warehouse space. But that’s what makes this independent, non-commercial art space so unique. Made from 19 refurbished shipping containers, the structure houses two galleries, a library, an activity space, an artist studio and a cafe; possibly offering a solution to Singapore’s issue of land scarcity. You should check Deck out at Prinsep Street, near Lasalle College of the Arts, because the temporary space might be vacated within the next two years. Originally founded in 1969, the Mahabodhi monastery was recently redeveloped with the intention of creating a modern centre for Buddhist practice, culture, and a special focus on Buddhist art. Its redesign leaves it looking nothing like a Buddhist temple, boldly challenging preconceptions of what a religious institution should look like. The monastery’s facade was inspired by the golden colours and geometric patterns found on the cassock, or robe, of Buddhist monks. It’s constructed with hidden LED lights that, when turned on at night, transforms the monastery into a glowing Chinese lantern. Take a look for yourself: the Mahabodhi monastery is tucked away at Lorong Kilat, near Upper Bukit Timah Road.

100PP designed by Ministry of Design 100PP may be located at an industrial district (you can find it at 100 Pasir Panjang, like its name suggests), but its been designed to stand out from the generic industrial building typology. The 8-storey building features a series of “stepped” balconies that makes the building appear to be leaning away from the nearby highway. The interior of 100PP is just as impressive. Design elements like finished concrete, vertical lighting and fractal walls, are all a stylised spin on what the typical industrial warehouse would look like. Taking the concept of a private villa on a tropical island to a new level is this home designed by CHANG Architects. The Cornwall Garden residence is a private house that looks nothing like its neighbours’s houses around Holland and Farrer Roads. The architects designed a garden paradise wherein every room – including 3 bedrooms, a library and a rainwater tank – faces the private courtyard in the middle of the property. A swimming pool, a pond, a roof garden, a vegetable verandah, cascading planters and even a suspended bridge make this the ultimate tropical home.

Check out the other projects that made World Architecture Festival’s 2015 shortlist.