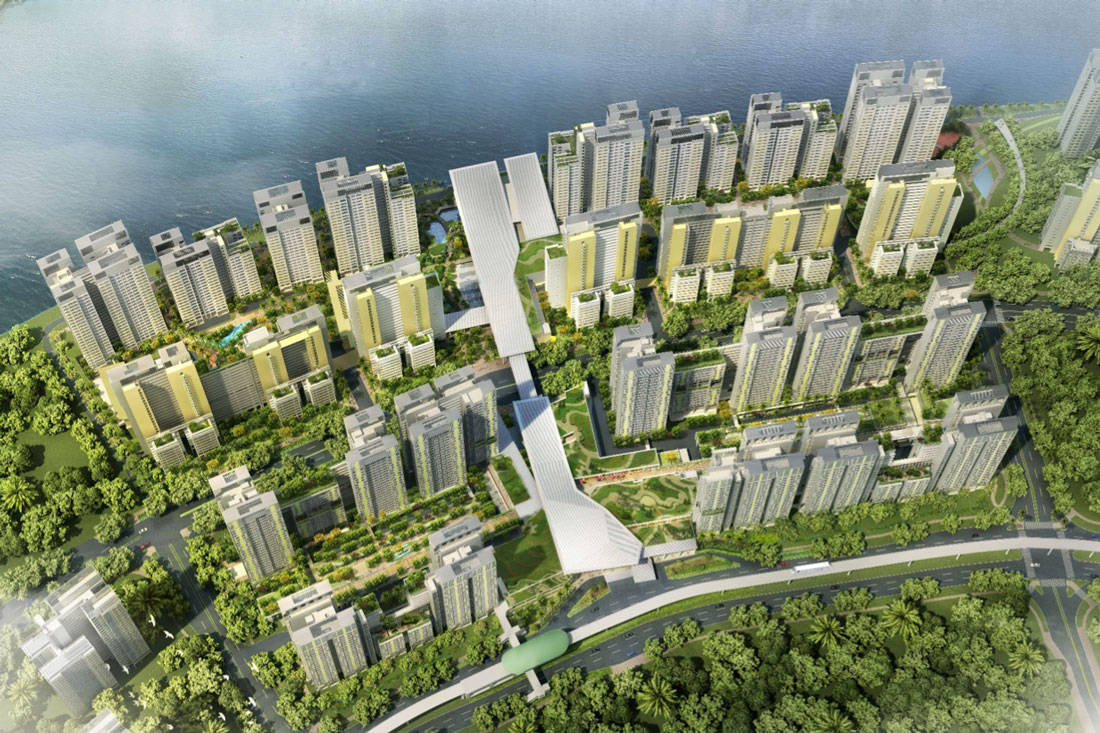 As of July, new Housing and Development Board (HDB) projects will be designed in accordance with the developer’s updated Biophilic Town Framework. The HDB is pointing toward greener and more liveable estates that enhance natural assets and promote a greater sense of place, better health and well-being, and enhanced quality of life for residents.

The Framework identifies five key elements of the ‘environment landscape’ – soil, flora and fauna, outdoor comfort, water, and people – that are paired with 17 ecosystem services such as maintenance of soil quality, mosquito control, heat mitigation, water recycling, and sense of place. The strategies offered in the Framework are in line with larger urban development goals of sustainability, liveability and resilience. 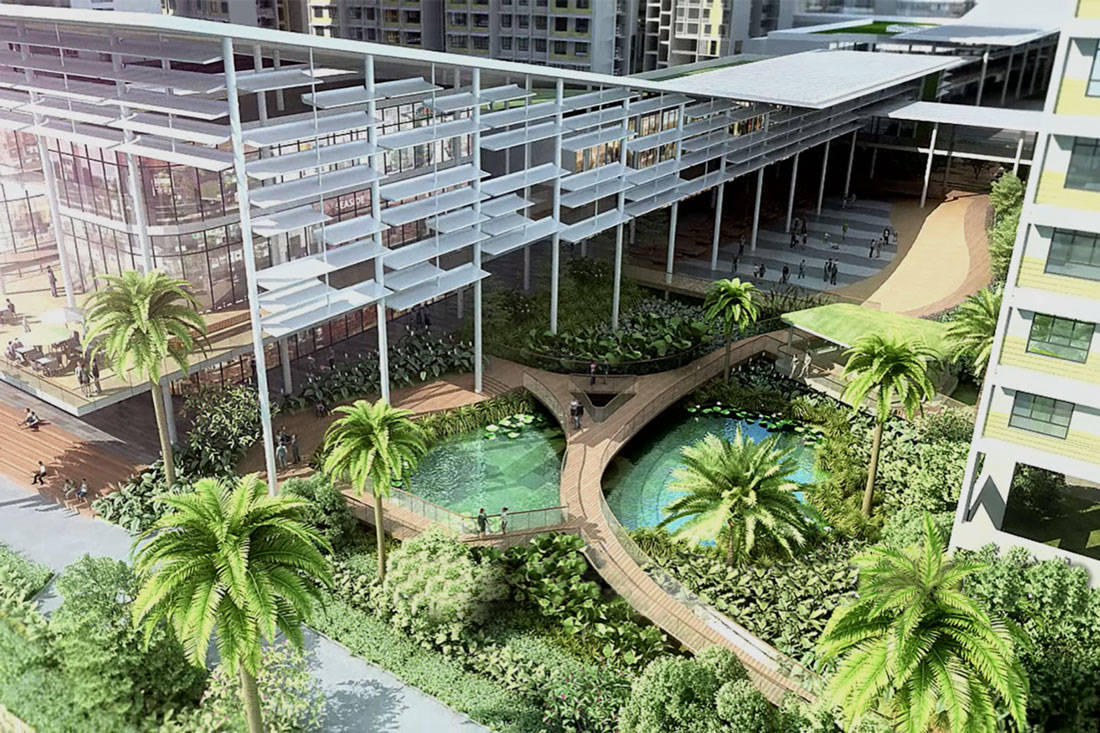 Says HDB’s CEO Dr Cheong Koon Hean: “In our public housing projects, we have integrated lush landscapes with high-rise buildings, collectively forming a mantle of greenery across each town. We will be expanding our greening efforts by strengthening the connection between our built environment and nature. The Biophilic Town Framework, which we have developed, provides a strong foundation for holistic planning and design of neighbourhood landscapes, so that our residents can enjoy a strong sense of place and well-being.”

The Framework was developed back in 2013 and was first applied in 2015 to the design of the Punngol Northshore District. It has since been refined and validated through three and a half years of research with the National University of Singapore, the Urban Redevelopment Authority, and the National Parks Board. This research has culminated in a book titled Nature, Place and People, which was launched at the World Cities Summit 2018 in July.

Eight Build-To-Order (BTO) projects in Punngol Northshore District have been launched and will be completed progressively from 2020.

Along with its book launch, the HDB announced three new research agreements with industry partners at the World Cities Summit. They present a window to some of the directions we might expect to see from the HDB in future:

Firstly, it signed a memorandum of understanding with SP Group to study the potential of developing Tengah into a ‘Smart Energy Town’. That, explains the HDB, involves developing and test-bedding a centralised AI-powered energy software system that will collect, process, analyse and learn data on energy consumption at the level of town, neighbourhood and apartment. The one-year study has just begun.

The system has been designed to connect to the energy grid, energy storage systems and solar photovoltaic generators, and will identify patterns and anomalies in energy flows. The goal is to minimise disruption to services and to optimise energy use.

Secondly, HDB signed an agreement with Robin Village Development to conduct research into the use of 3D concrete printing for the production of unique architectural forms. This three-year project (being conducted with collaborators Witteveen+Bos South East Asia and Nanyang Technological University) hopes to bypass the need to go through the time-consuming process of fabricating moulds by developing a 3D concrete printer. This would offer more design options for HDB developments and raise construction productivity, says the HDB.

Solar Panels Floating On The Sea

Thirdly, HDB announced a research collaboration with ISO Landscape to study the use of its floating modular system (which was developed in house) for the deployment of solar panels on the sea. The ultimate goal is to support the acceleration of the adoption of solar energy in Singapore. It envisages the use of its system in coastal marine conditions, and the collaboration with ISO will study how to overcome challenges such as strong winds, wave action, and the accumulation of marine organisms.