Louis Poulsen brings back the smallest member of the AJ Family

Louis Poulsen celebrates Arne Jacobsen’s iconic lighting fixtures with a reissue of the AJ range, including the AJ Minis, which have been released in a range of special edition colours available exclusively for 2020. 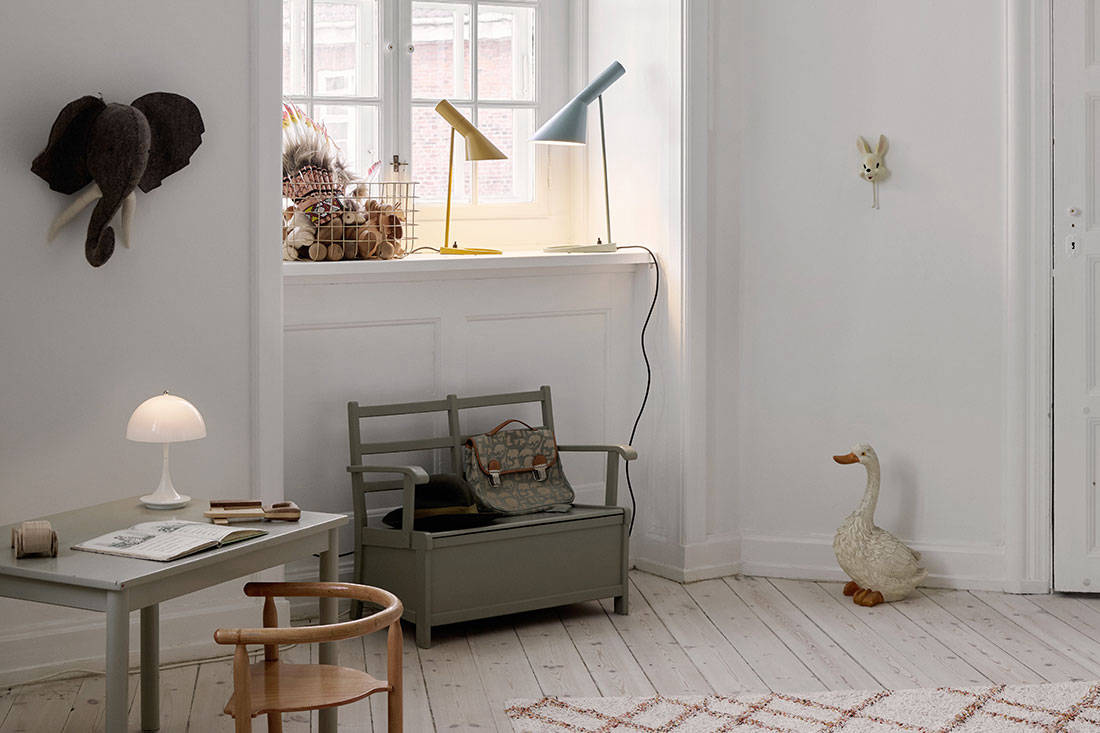 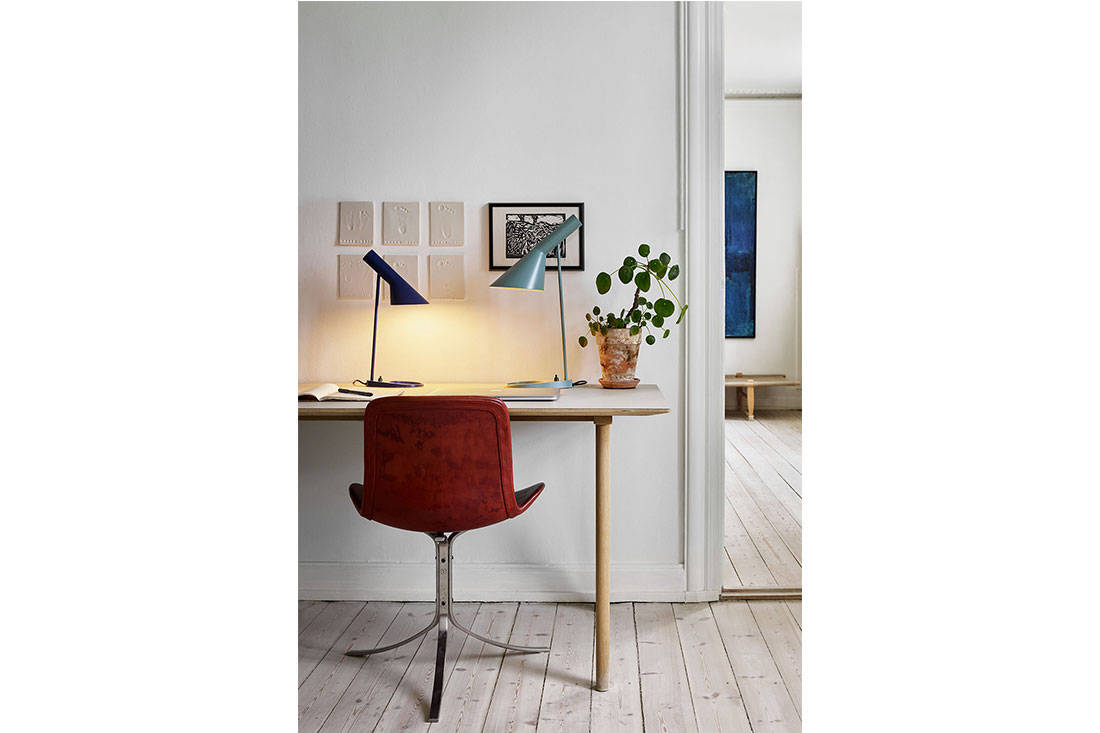 A number of the pieces he designed for the hotel – such as the widely recognised Egg chair – have gone on to become pivotal corner posts in mid-century modernist design and the AJ Lamp series, one of the designs the Danish architect and designer is today most known for, is nothing short of iconic.

The AJ range originally created for SAS Royal Hotel featured a floor lamp, wall lamp and table lamp – each of them featuring the distinctive angular lampshade that has now become so widely recognisable. The lamps’ linear and abruptly angular designs are a clear nod to the clean geometric simplicity of Jacobsen’s architecture, and their original metallic colourways were in keeping with the elemental tones of the original design. 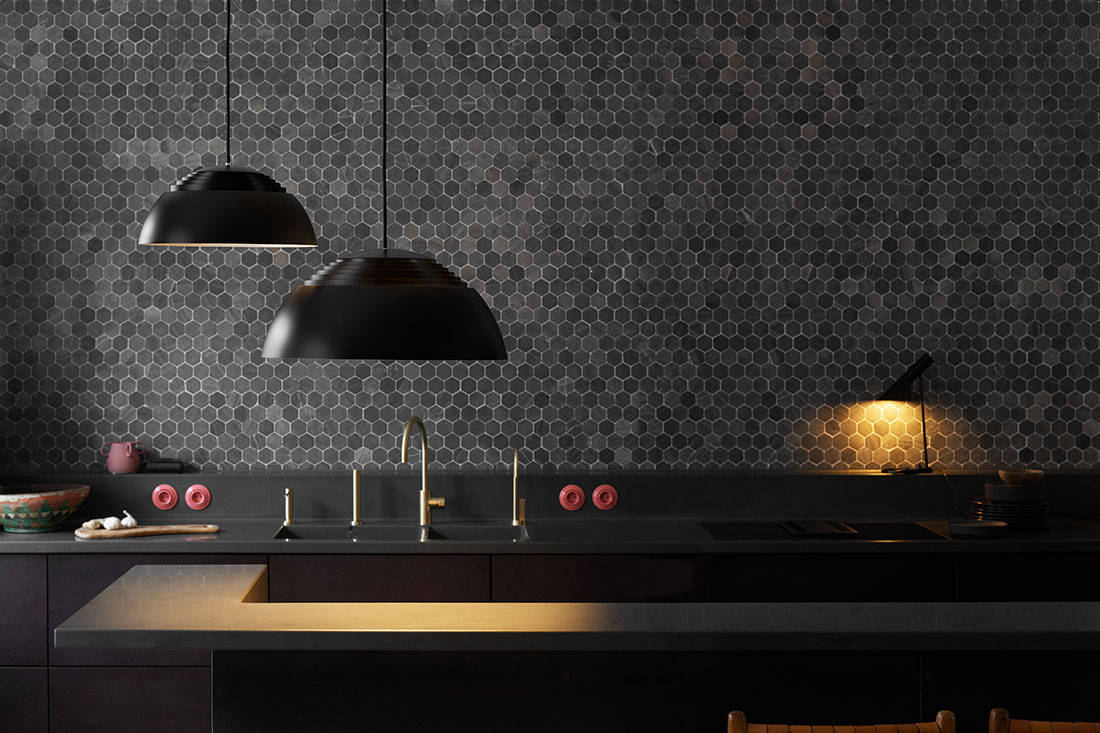 Louis Poulsen worked closely with Jacobsen to produce the original AJ Lamp series for the SAS Royal in 1957 and has updated the range over the last 60 years – introducing new colourways in celebration of the various milestones along the way. Now, in celebration of the collection’s diamond jubilee, the AJ Mini Table is being reintroduced.

The AJ Mini Table is the same size as the original table lamps from the SAS Royal. Standing at 434mm high and weighing just 1.3kg, the AJ Mini Table is constructed from spun steel, meaning its thin, clean lines conceal a strong, sturdy and durable construction.

Now available in 14 colourways, the inside of each shade is painted white to provide a flawlessly warm and comfortable directed light emission that can be used for ambience – or to accentuate specific features of any space. 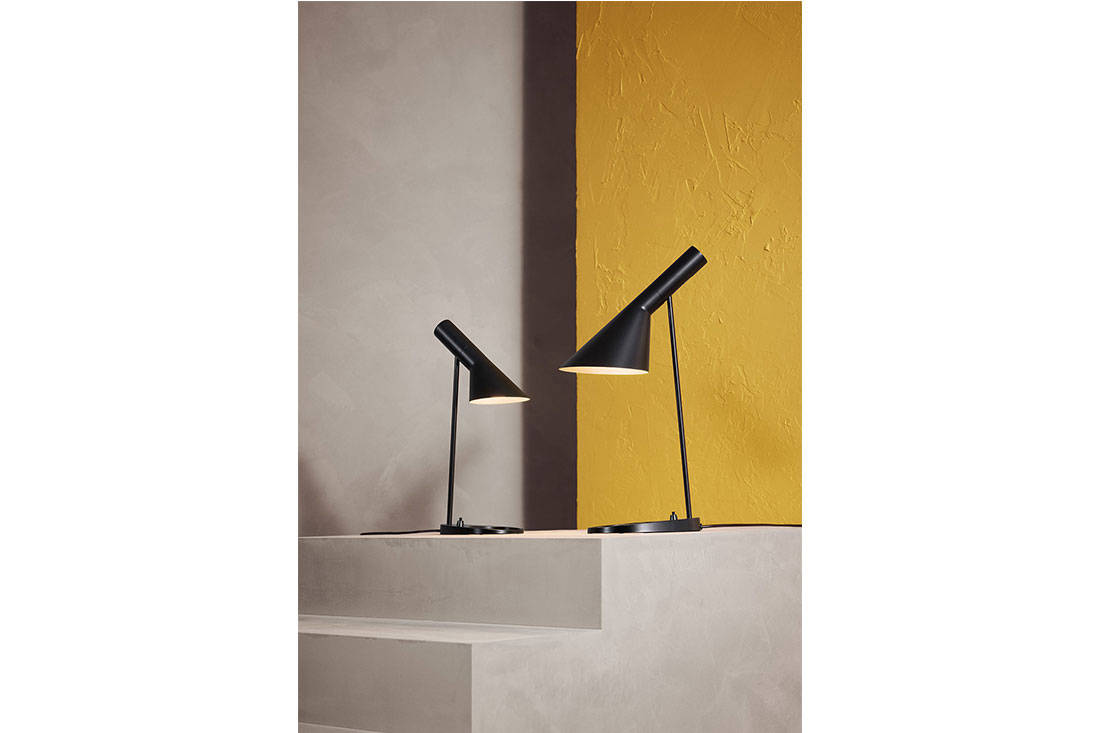 As part of the 60th-anniversary release, the AJ Mini Table is being reissued in three special colourways, available only for 2020.

The first is a striking Ultra Blue, a bold addition to the range that truly brings the modernist aesthetic of the lamp into the tradition of strong primary colour blocking that can be found in bright contemporary interiors. The second is a more subdued, yet equally modern Pale Rose – a musky tone that’s perfect for interiors with a pastel palette. The third is Original Grey, a neutral grey finish that can be used to provide balance amongst a vibrant interior or to complement a subtle overall design. These three special colours are a splendid addition to the 11 existing colours that begin with the traditional stainless steel and range through numerous metallic and wet painted colour finishes. 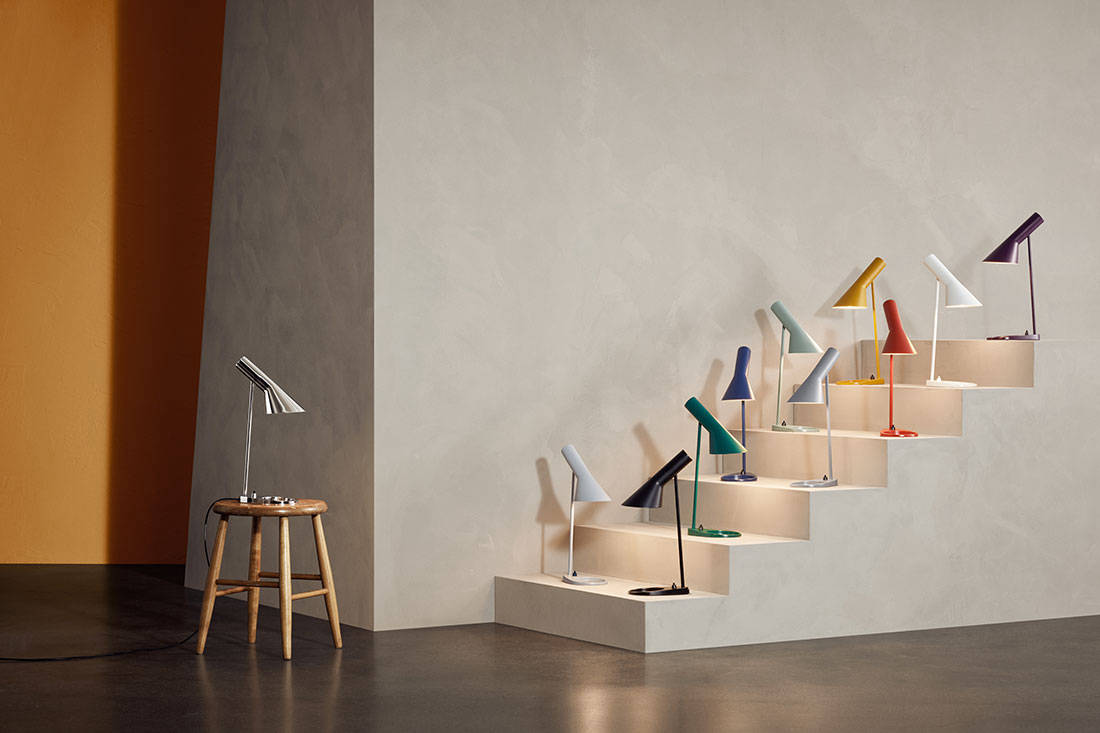 With the re-release of the AJ Mini Table lamp as a fitting cap to the anniversary celebrations, Louis Poulsen has modernised a moment in time yet again recognising Arne Jacobsen’s modernist aesthetic. The widely recognised geometric profile and distinctive shape, once again available in AJ’s smallest form yet, can elevate any contemporary interior with impeccable lighting quality and Jacobsen’s minimalist style.

We think you may also like The making of a legend: How the AJ family became an international design icon