Ten design ideas to blend a TV console with décor

Televisions often have a sleek, modern look which can interfere with certain interior design styles. Here are ten ways to make everything match by styling your TV console with the interior décor. 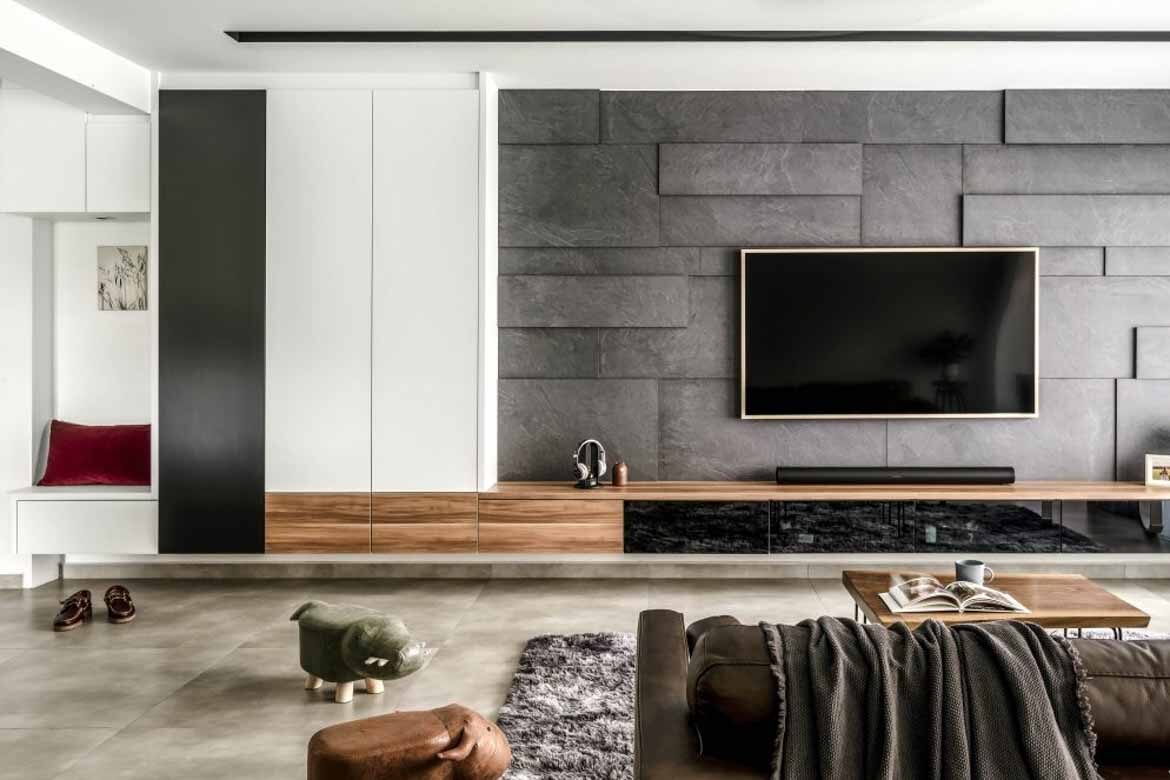 In modern terms, a ‘TV console’ simply refers to the cabinet on which a television stands – or in the case of wall mounted televisions, the cabinet directly beneath the TV. This is commonly used for storage space and usually will house technology necessary to the television’s function such as a DVD player, speakers, or cords.

TV Consoles originally were much more integral to the TV’s function as they housed power buttons, all speakers, and the abilities that modern remote controls now allow (such as changing channels and volume levels). With the advancement of modern technology, television consoles have now become a mix between TV stands and cabinets. TV consoles are a common feature of most homes and allow for extra storage – especially for DVDs – and hide the cords that reach the TV, keeping everything looking tidy.

The vast majority of televisions will have a TV console or some form of cabinetry underneath them. Without one, the room might feel a little empty. Not having a TV console would be to miss out on the opportunity for a huge boost of storage space.

Tv consoles also provide aesthetic assistance to the room and in design terms they are the link between the television and the rest of the room. The best TV consoles will feature a blend of modern characteristics (to tie in with the television itself) and elements that tone with the rest of the room’s décor. With the right TV console design, even 292 inch smart TV could look right at home in a rustic farmhouse.

Currently, trends indicate that TV console design ideas in Singapore are focusing on storage, storage, storage. Though the rise of streaming services has reduced the need for DVD storage systems, TV consoles have huge potential for storing other items. TV consoles and tv benches which double as display cabinets are becoming increasingly popular as it allows for greater control over the décor elements of a home and designers can choose elements which build a strong theme to tie the TV into the other styles and colours inside a room.

When considering a TV console, there are a few situational elements that should help to inform your decision. One of the most important ones is purpose: are you more interested in the aesthetic value that a console can add? Or would you prefer a cabinet with storage space above all else? Once you have decided roughly where you sit on the form to function spectrum, establish a budget. This should begin to narrow down your choices and now you can focus on the details such as size, style, height, material, and colour.

There are a huge variety of TV consoles available and tv console ideas exist in multitudes across the globe. This can be daunting when selecting a console for the first time. To help you filter through some of your design options, here is a list of ten varied tv console design ideas.

Monochrome tv consoles are a perfect choice for the modern living room. Black or white tv consoles tone elegantly with the rest of the décor and will not steal attention from the other design elements of the room. White TV consoles are a simple and neutral choice that can be found in most major furniture stores such as Ikea or muji.

Modern TV consoles can be a little harder to find depending on your understanding of modern. Futuristic TV consoles are growing in popularity, typically featuring a sleek and matt black appearance with the use of LED cove lighting to subtly enhance the texture of the cabinet and highlight the television itself.

Scandinavian design is one of the most popular styles of TV console in Singapore today. Scandinavian design is characterized by a commitment to minimalism and functionality through practical beauty. Scandinavian cabinets such as the one pictured above (available here from Urban Mood for $510 SGD) are typically made of natural wood or neutral toned material with sharp angles and defined lines.

A simple TV cabinet can be a great way to counteract the modernity of a TV in a rustic or minimalist setting. Simple TV consoles should be sleek and are usually open concept with minimal decorations. A mix of black and dark wood should help to unite the design scheme with the TV.

Wood finish cabinets are without a doubt the most popular cabinets. They provide a sense of raw naturalism that brightens any room. They are relatively cheap and you can purchase the stacking cabinet pictured above here from Muji for $459 SGD.

Many modern TV consoles will also have a floating option. This gives your décor a contemporary feel and will help make the room seem bigger by cutting down on the bulk of a standing cabinet and freeing up floor space.

Small tv consoles have a charm to them that lends well to cozy and friendly décor. They work particularly well in apartments with limited floor space and look best when they are simple, uniform symmetrical designs. Small tv consoles are popular in bedrooms. They are also easy to float as the lesser weight will not strain the walls.

This is likely the most expensive type of TV console, but there are numerous benefits that make it a strong contender for the best TV console design idea. Built in TV consoles give the homeowner all of the storage they need without sacrificing any of the floorspace. They can even serve as a kind of recessed feature wall for all of your displayable design elements.

The height of luxury, a marble TV console adds a touch of class into a room which complements the sleek and modern appearance of a television. They are one of the most expensive types of TV cabinet, but you can find marble consoles in many stores such as Urban Mood, which sells the cabinet pictured above here for $2,380 SGD.

Pairing a TV console with display cabinets is a popular practice that allows for the personalization of décor with photos, trinkets, art, souvenirs and other sentimental items. A display cabinet gives the decorator the opportunity to make the space their own. Best of all, they are future proof as you can switch out the items on display as often as you like.