An old Melbourne residence now a hip and stylish home

Two years living in a residence last updated decades ago, and it was high time the clients of this residence in Prahran, Melbourne, reached out to Pipkorn & Kilpatrick for an update.

The nineties might be back in a big way in the fashion industry, but that’s not necessarily the case in architecture and design. The original build for this residence in Prahran, Melbourne, proves that not all trends circle back. The two residents – and their dog Alfie – approached Melbourne interior architecture and design firm Pipkorn & Kilpatrick to make amends to an unfortunate nineties update in the house they’d occupied for two years. 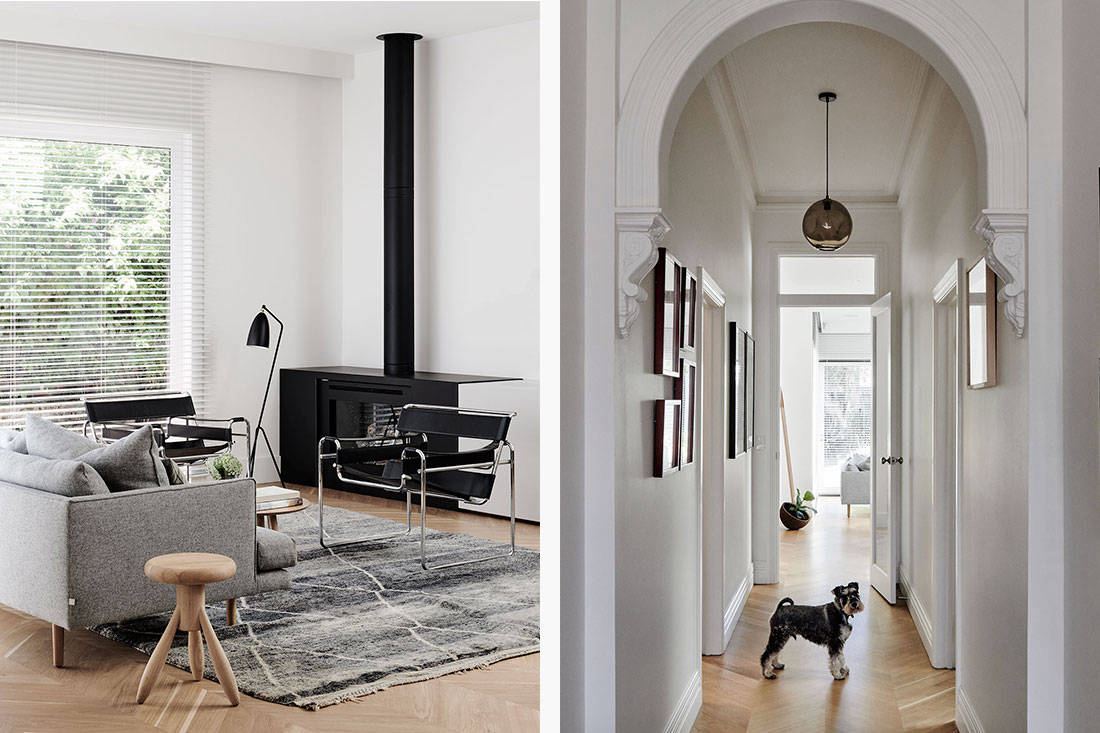 “The layout was functional in terms of room positioning,” says Jane Kilpatrick, co-founder of Pipkorn & Kilpatrick, “[but] the home was in great need of access to natural light and modernisation.”

In addition to capitalising on natural light, updating poor material choices and bringing the overall feel of the space to the 21st century, core to the brief was creating a harmonious connection between the interior spaces: particularly so the kitchen, living and dining areas and the indoor, outdoor divide. 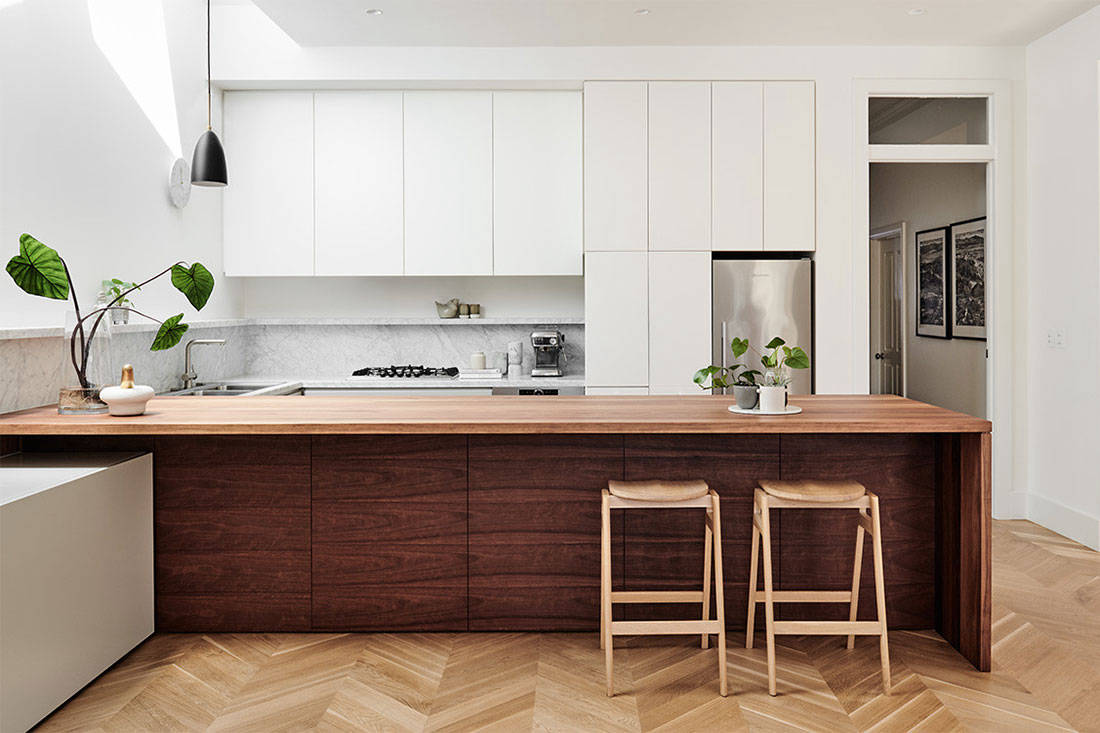 “The addition of a large uninterrupted window facing north and generous sliding doors to the east floods light into the living spaces and opens up the house to the rear garden,” says Jane. “Two large skylights were placed above the kitchen and adjoining bench to direct more light into the kitchen throughout the day.”

Designed in a way to complement the spaces as much to connect them, the custom designed kitchen bench connects to the lounge joinery and runs seamlessly into a matte black fireplace. “We like the way the connection of the joinery gives a sense of generous proportions even though the kitchen/lounge footprint itself hasn’t changed,” says Jane. Previously the fireplace, which was an existing feature, was made from brick and large in size, detracting from the courtyard now visible through the almost-floor-to-ceiling sliding glass doors. 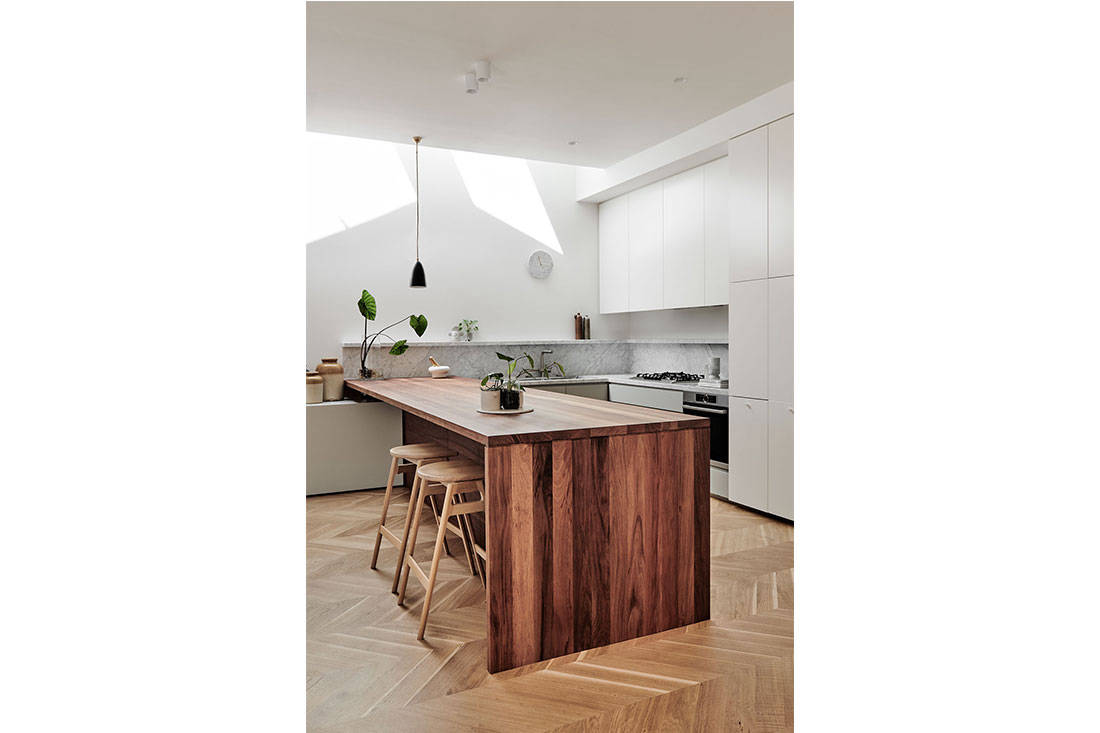 Storage was another consideration to factor in as was soundproofing given the site’s locality on a bustling street with neighbours who enjoy entertaining.

For the finishes, Pipkorn & Kilpatrick have opted for an elegant but subtle effect. “The subtle tones and layering of the oak parquetry floors contrast with the rich tones of the blackwood island bench together with its brass knobs,” says Jane. “A Carrara bench, splashback and shelf in return adds another layer, complementing the mix of soft grey joinery that connects through to the lounge joinery for continuity. 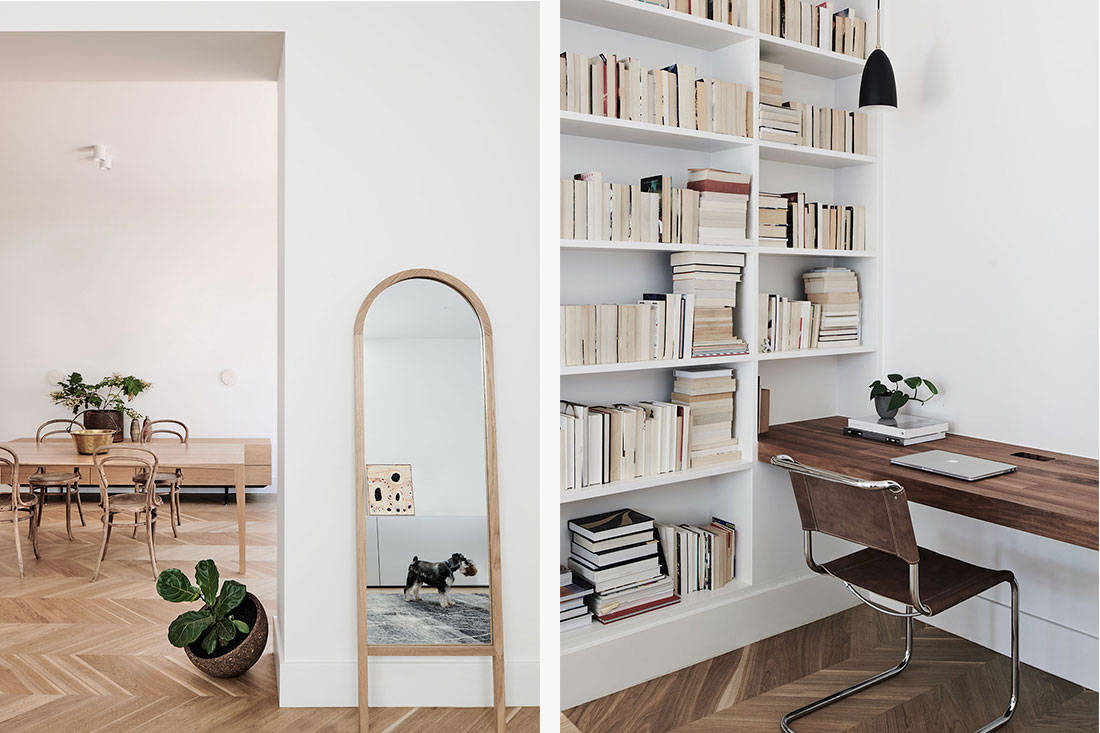 “The same theme is replicated in the master ensuite and the bathroom with a mix of timber, Carrara, stone tiles, white joinery, internal windows and skylights again to maximise natural light flow.”

The project team at Pipkorn and Kilpatrick speak fondly of the design and execution at Prahran Residence, due in large part to the open, collaborative and respectful relationship between client and architect.