Receiving an update in both style and space, this old resale HDB flat has been transformed into a contemporary home by the designers from Third Avenue Studio.

The two bedrooms are now a single, enlarged master bedroom, with the common bedroom converted into part of the study. The storeroom between the two rooms has also been knocked down and integrated into the master bedroom. 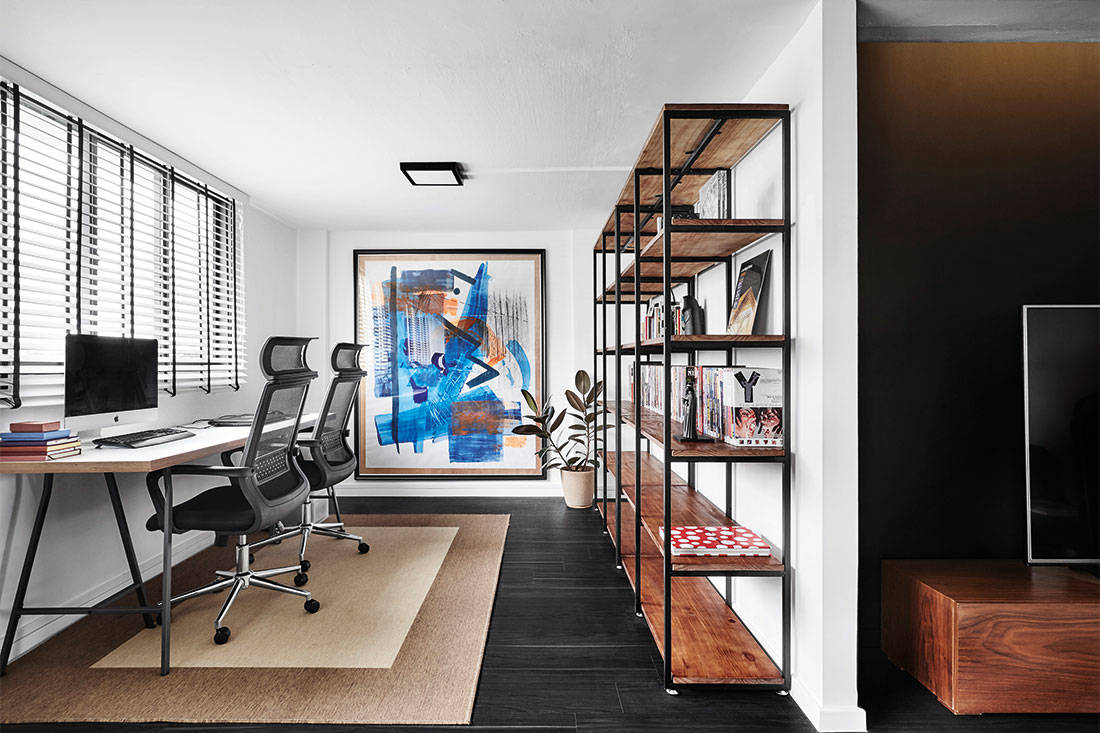 Noting the homeowners’ preference for black and white, designer Lawrence Tan from Third Avenue Studio used this classic combo to good effect in the entire home. The floors are laid in black vinyl wood-look flooring and most of the walls are painted white to draw out a contemporary contrast. Lashes of colour are added to the open-concept study, which was previously a common bedroom, through a large art piece on the wall. 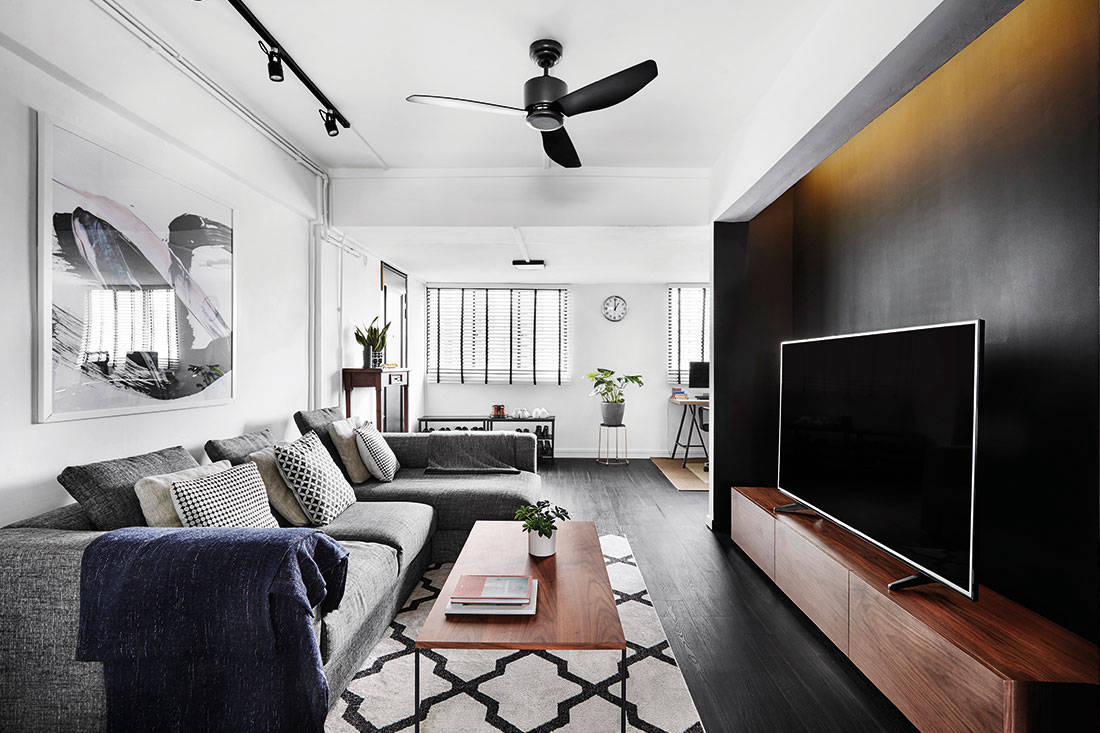 In jet black, the painted feature wall behind the TV console stands in striking contrast to the white walls in the combined living and dining zones, and is the focal point of the space. At the front entrance however, Lawrence brings up a design oddity in the resale flat: “The ceiling here is much lower than the rest of the home. We found that a bit weird and painted all the ceilings in the same shade of white to mask this disparity.” 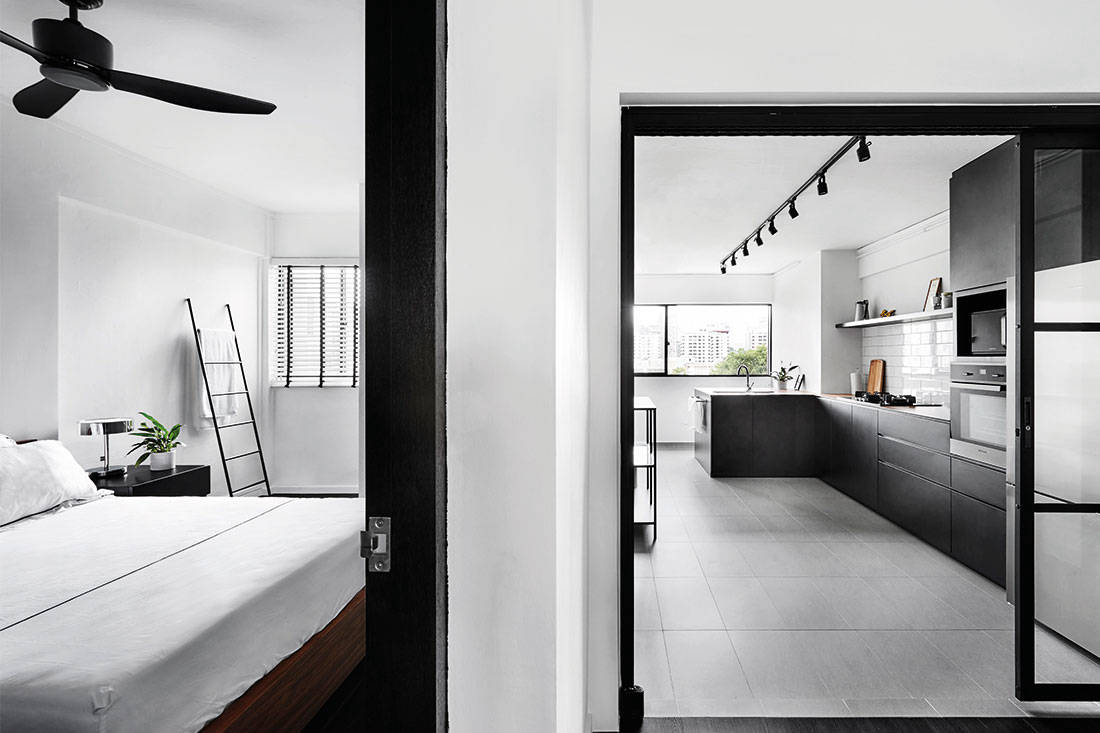 Clean design lines is consistently seen throughout the home and this is also evident in the small details like the door frames and aluminium steel frame at the kitchen entrance. Lawrence has expertly balanced all the black and white accents and with this harmony comes a sense of tranquillity. At the kitchen entrance, a huge glass sliding door separates the cookspace from the other zones and when it’s open, the homeowners have the flexibility of using this space as part of the communal zones. 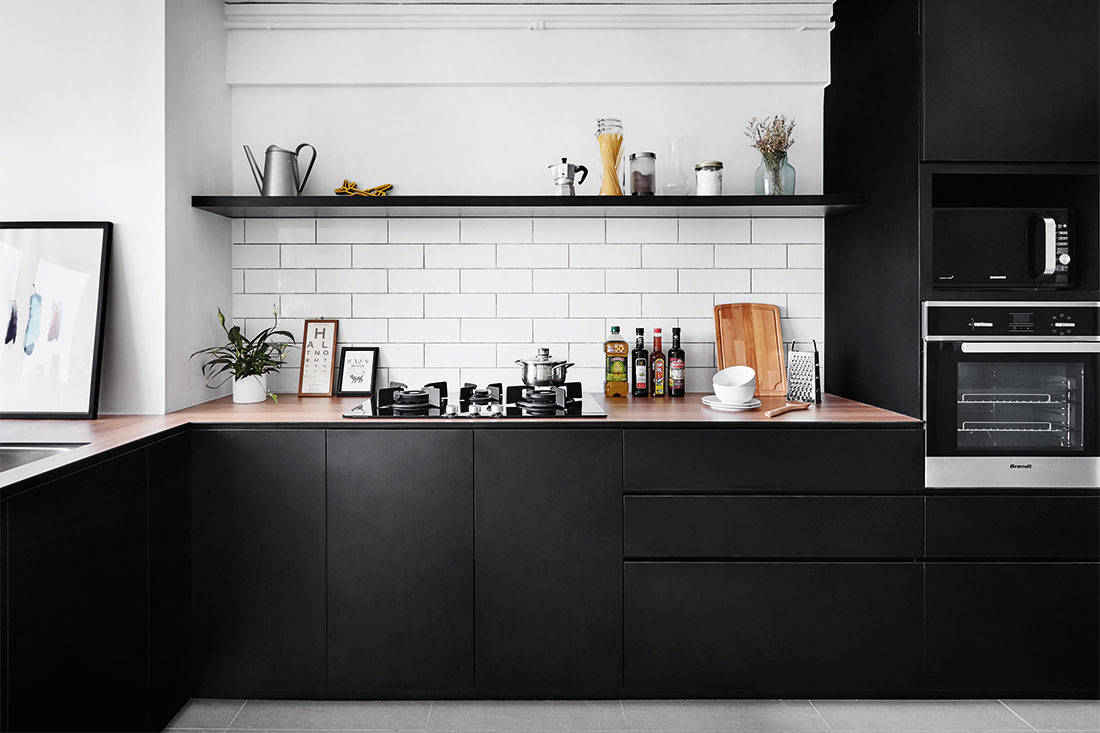 White subway tiles and matte black laminated cabinetry create a striking backdrop. With these chic monochromes bringing a defined style to the kitchen, Lawrence mounted a ledge to add to the strong design lines. Keeping the top part of the walls devoid of cabinets draws out a spacious visage for the kitchen. The slim profile of the Kompacplus worktops makes a fitting choice to enhance the impression of space. 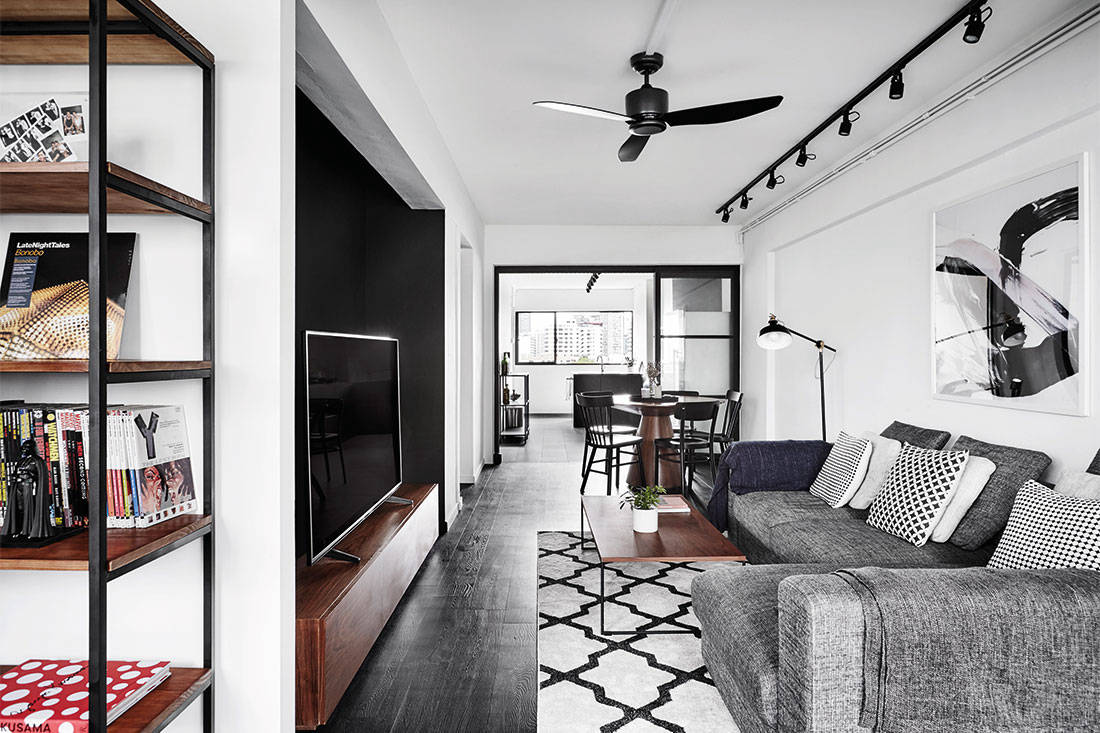 To improve on the spatial flow in the living area, Lawrence created a recess to fit in the TV console seamlessly. He says: “The other side of the wall is the backing for the wardrobe in the master bedroom. The homeowners didn’t need such a big wardrobe so we could eat into that area with the recess.” With the TV console now flush with the walls, the walkway to the other communal zones is clear of obstacles. 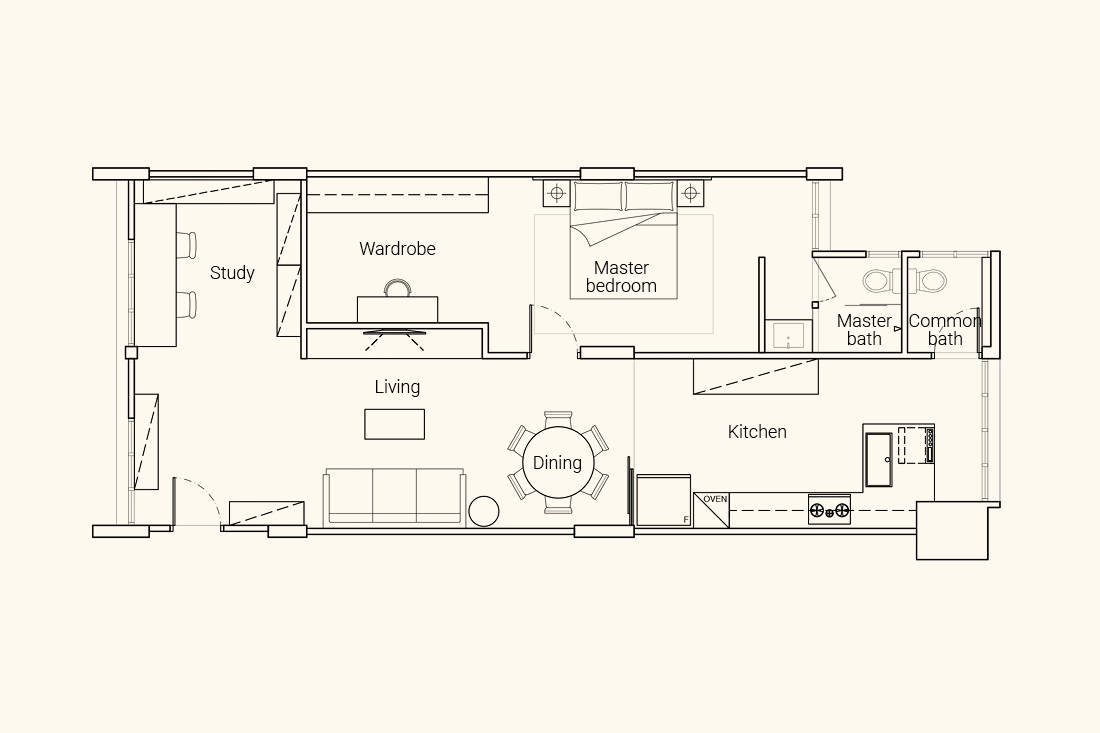