We’ve compiled some of our favourite kitchen designs – each with a kitchen island configuration – to get your creative juices flowing. 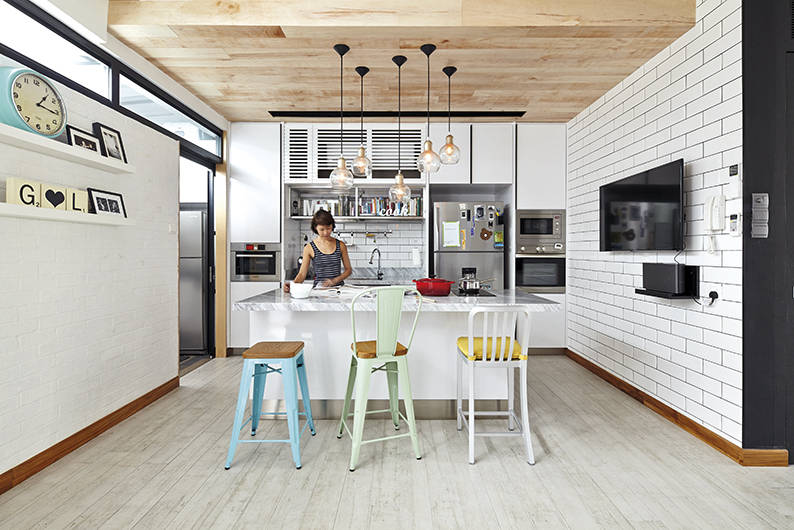 The kitchen island is, arguably, one of the dream designs most homeowners want during their renovation. Not only does it look impressive, it’s also a very functional layout whether you’re an aspiring home chef or an occasional cook. For most of us, space is a factor that prevents us from including an island in our homes, but you might be surprised to learn that there are petite apartments that have managed to squeeze out the square footage to fit an island counter. From HDB flats to condo apartments to landed houses, we pick some of Singapore’s most inspiring kitchen designs – each with an enviable kitchen island configuration – to get your creative juices flowing.

Design Idea #1: Tear down all the walls 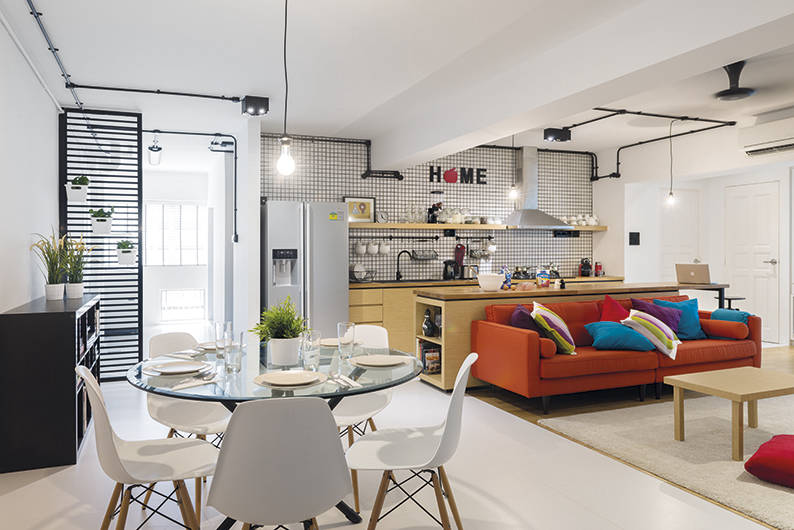 You might be surprised to learn that this open concept kitchen belongs in a 5-room HDB flat! To achieve this spacious layout, the designers tore down the walls and drastically altered the layout of the entire home. Because the kitchen, living room and dining room now share a single space, this island counter actually defines the boundaries of the kitchen. Design by Artistroom 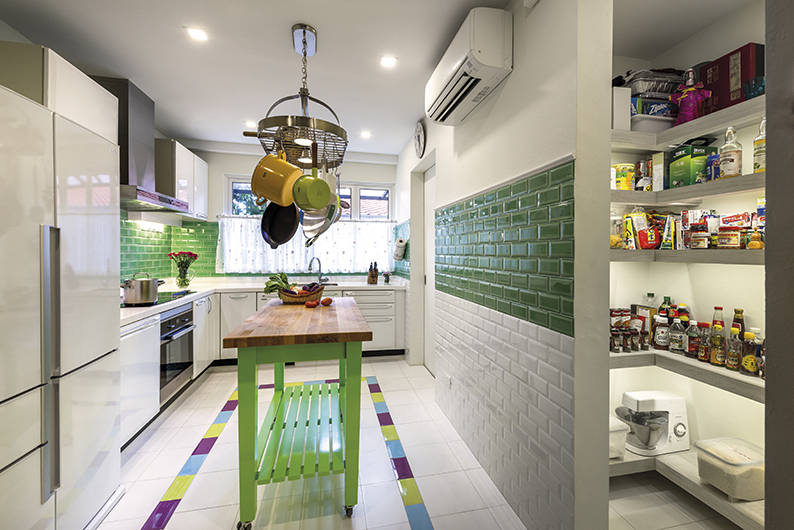 An island counter doesn’t have to be a bulky immovable object in the centre of the kitchen. This cheery kitchen makes do with a butcher’s table that can be rolled away when the owners need more space in the kitchen. Design by Ciseern. 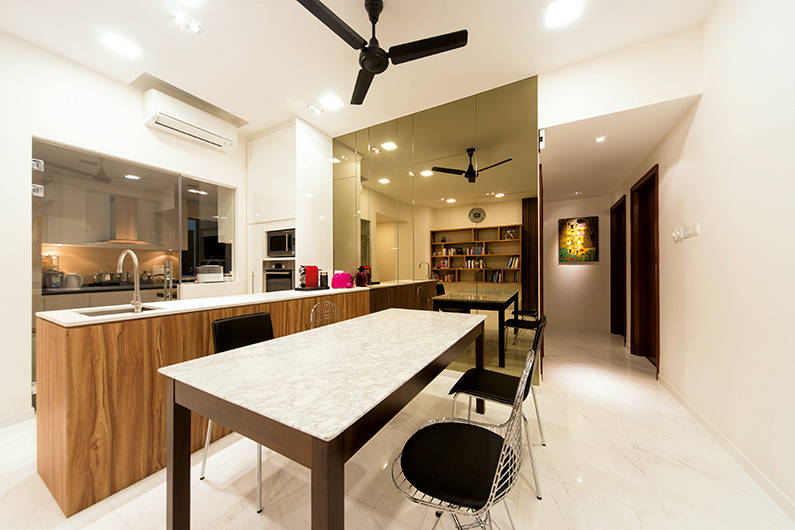 In this condo apartment, the kitchen isn’t large enough to hold all the homeowner’s cooking equipment. As such, appliances like the oven and microwave need to be placed in the adjoining dining room. The island counter is strategically designed to separate the swelling kitchen from the rest of the home. Design by D’Initial Concept This truly open-concept home barely has any walls in the main living spaces; rooms transition seamlessly from one to the other. Here, the island counter serves multiple purposes: it grounds the entire kitchen, links the room to the dining area, and turns the common areas into spaces where guests will naturally congregate. Design by Earth Living 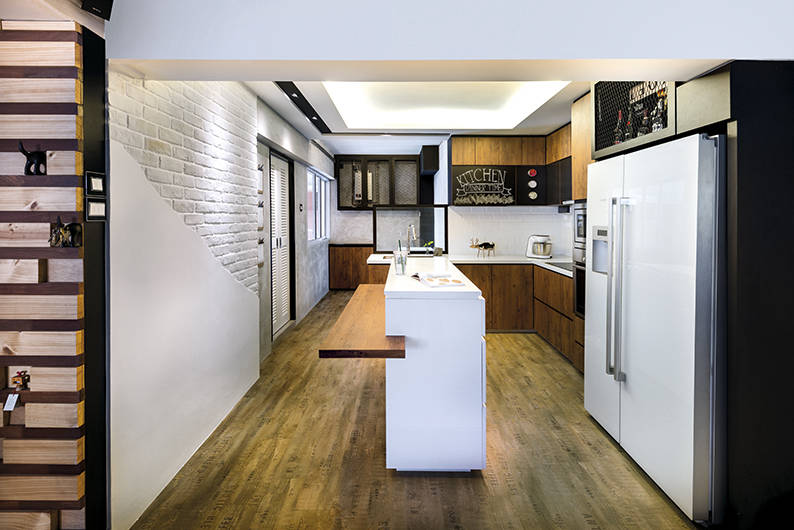 To fit an island into this crammed HDB kitchen, the designers had to reduce the amount of cabinets to a minimum. Conveniently, the island counter doubles as a countertop space, and the addition of a cantilevered tabletop offers additional space for prep work. Design by Home Journal 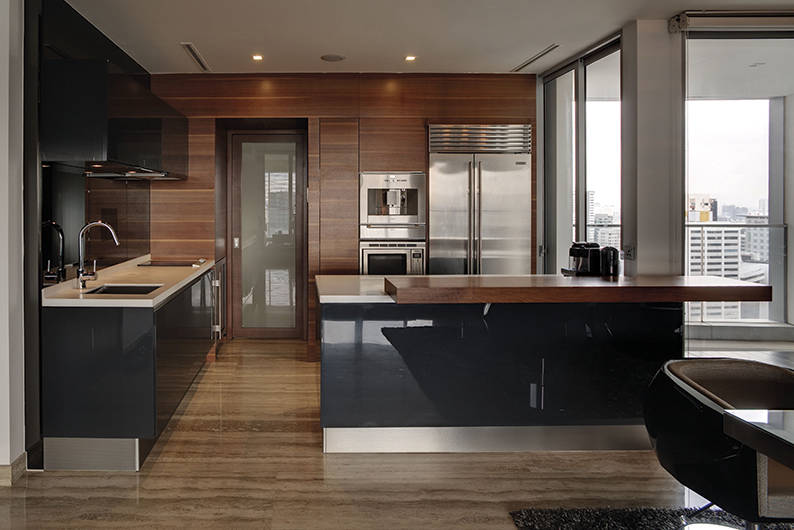 Although not technically an island (one end of the countertop is attached to the wall), this kitchen layout emphasises efficiency and space planning. The huge worktop looks out to the dining room making it a natural transition between kitchen and dining. Design by Hue Concept 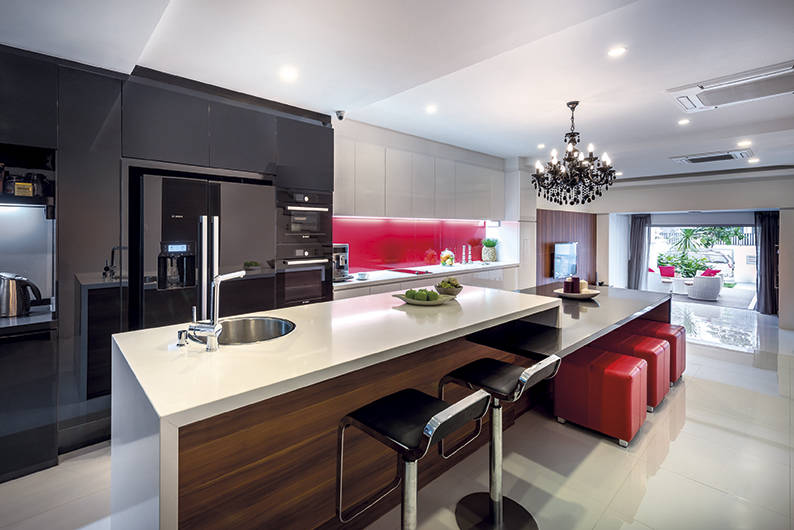 Placing the kitchen next to the dining room is an obvious choice for a landed house as large as this one. To encourage a more seamless transition between spaces, the kitchen island is attached to the dining table. Design by ID Emboss

Design Idea #8: A kitchen island that’s not in the kitchen 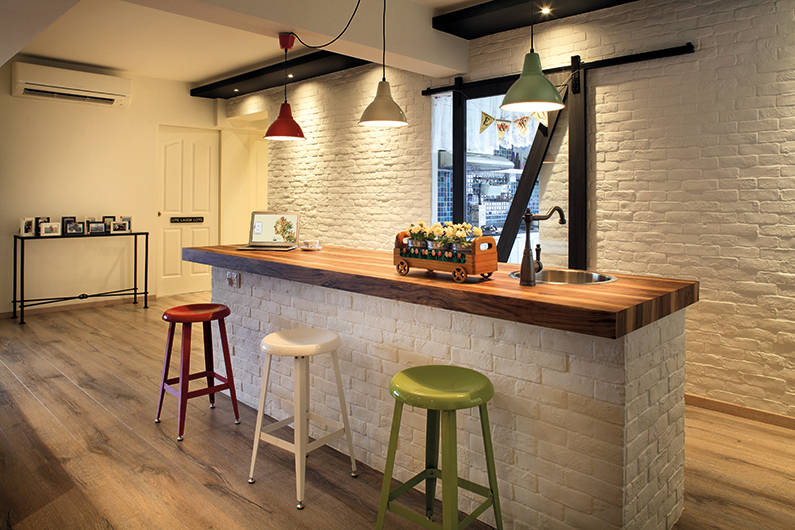 Who says an island counter needs to be in the kitchen? In this flat, the kitchen isn’t big enough to accommodate an island, so the designers built it right next to the kitchen entrance. It doubles as a a dining table too! Design by Linear Space 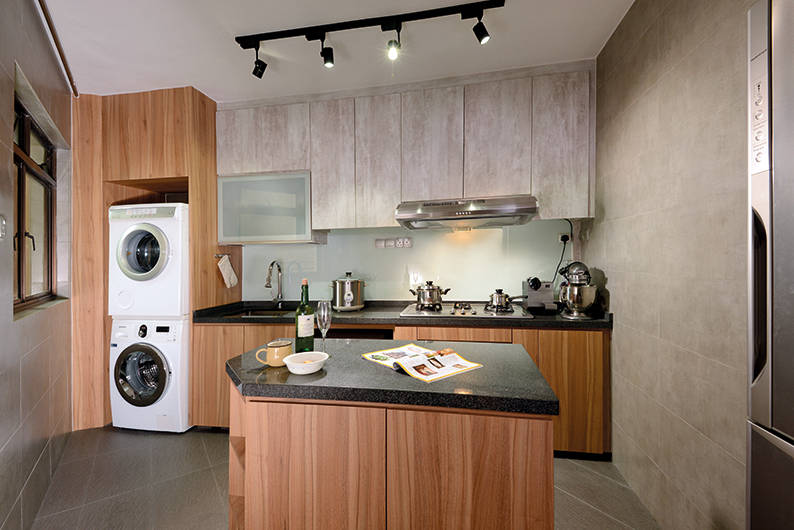 Even small, odd-shaped kitchens will benefit well from having an island counter. In this awkwardly angled kitchen, the island actually helps to visually anchor the room while providing additional workspace. Design by Meter Square 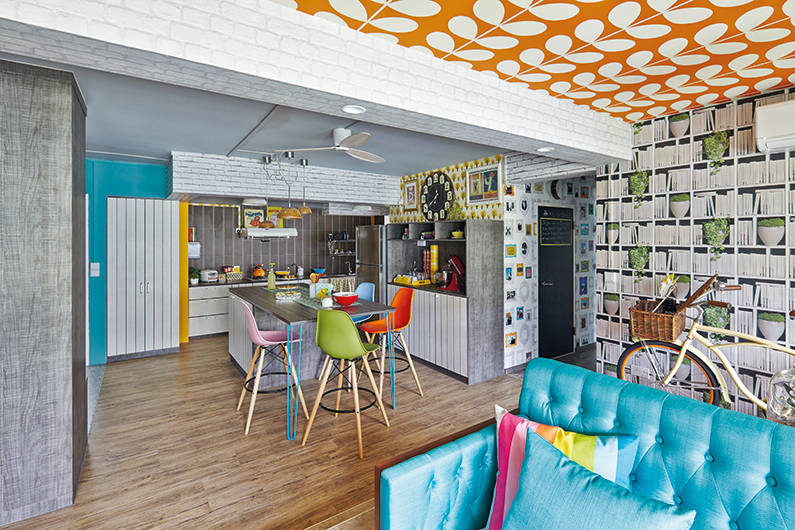 This home proves that it might be a good idea to sacrifice the dining area and build a large island counter in the heart of the home. It becomes a multi-purpose space: a kitchen counter, a dining table and even a work desk. Design by Mint & Pistachio In homes where cooking is a major family activity, having a spacious yet efficient kitchen is key. In this landed house, the luxurious island counter becomes the centre of attention where work, play and daily routines take place. Design by Museum Home Most HDB flats have long and narrow kitchens that you can’t imagine being able to fit in in island. But this home proves that it’s just a matter of design. Cabinets are built on only one side of the wall (but reach to the ceiling to maximise storage) to make room for an island in the centre of the kitchen. Design by The Orange Cube

Design Idea #13: Utilise the shape of your space The kitchen island should complement the size and shape of your kitchen, as exemplified in this home. The walls were removed to enlarge the space and a compact island worktop now sits in the centre of the kitchen. Design by The Orange Cube

Design Idea #14: Make it the star of the home In bigger homes, a kitchen island is not just functional; it also visually anchors a space. This house in particular, has an exceptionally large dry kitchen. The island worktop helps to fill up the sparseness and makes the room feel less stark. Design by Unimax Creative