By rethinking the original floor plan to conceptualise rooms with a better spatial flow, the designers from D’ Initial Concept have created the perfect home for a family of four.

Having lived in this penthouse apartment for the last five years, the homeowners and their two sons wanted a change of scene for their home. Most importantly, they wanted quality materials to replace the worn down carpentry works. Interior designers Edmund Ong and Jaslyn Hong from D’ Initial Concept acceded to this request with a major design overhaul and also tweaked the original floor plan. The dining area was relocated to the balcony, allowing the dining and living zones to be separated by a comfortable distance. 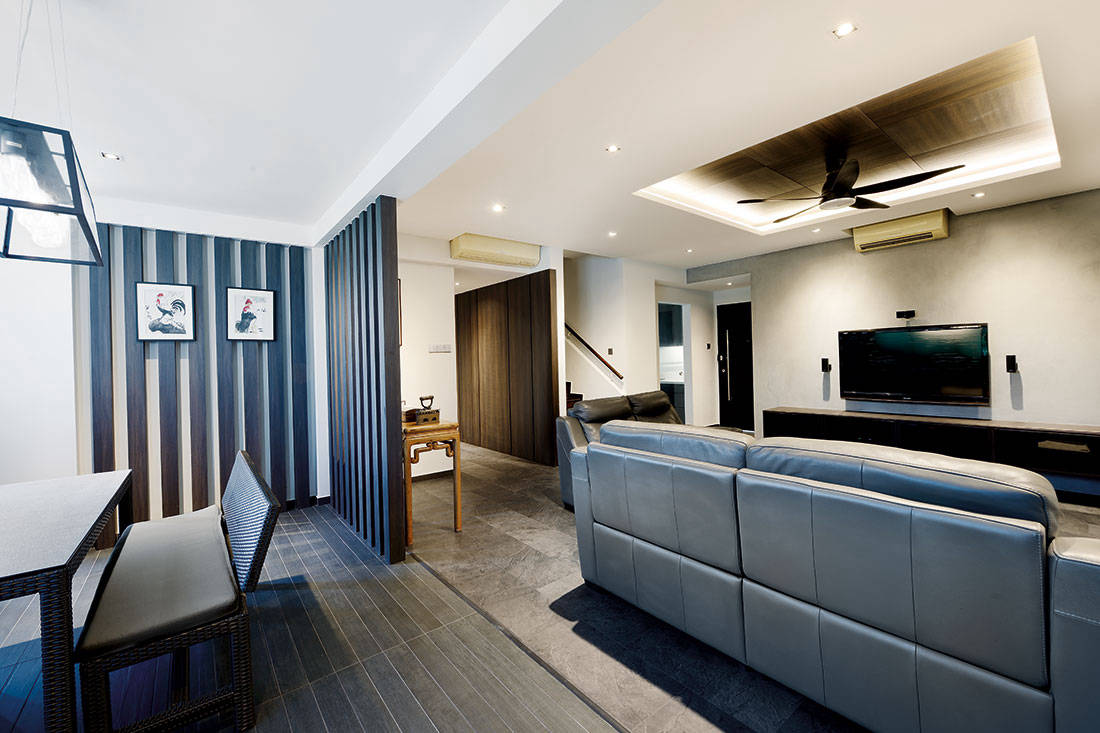 To convey a timeless and modern style in the kitchen, Edmund and Jaslyn worked with a sophisticated palette of earthy, neutral tones. Quality and long-lasting surfaces and hardware such as quartz worktops and Blum fittings were also applied. “The homeowner is an engineer and was very pleased when we chose Blum fittings for the kitchen,” says Edmund. “They wanted a home that would serve them well for a long time and this material selection definitely meets that criteria.” 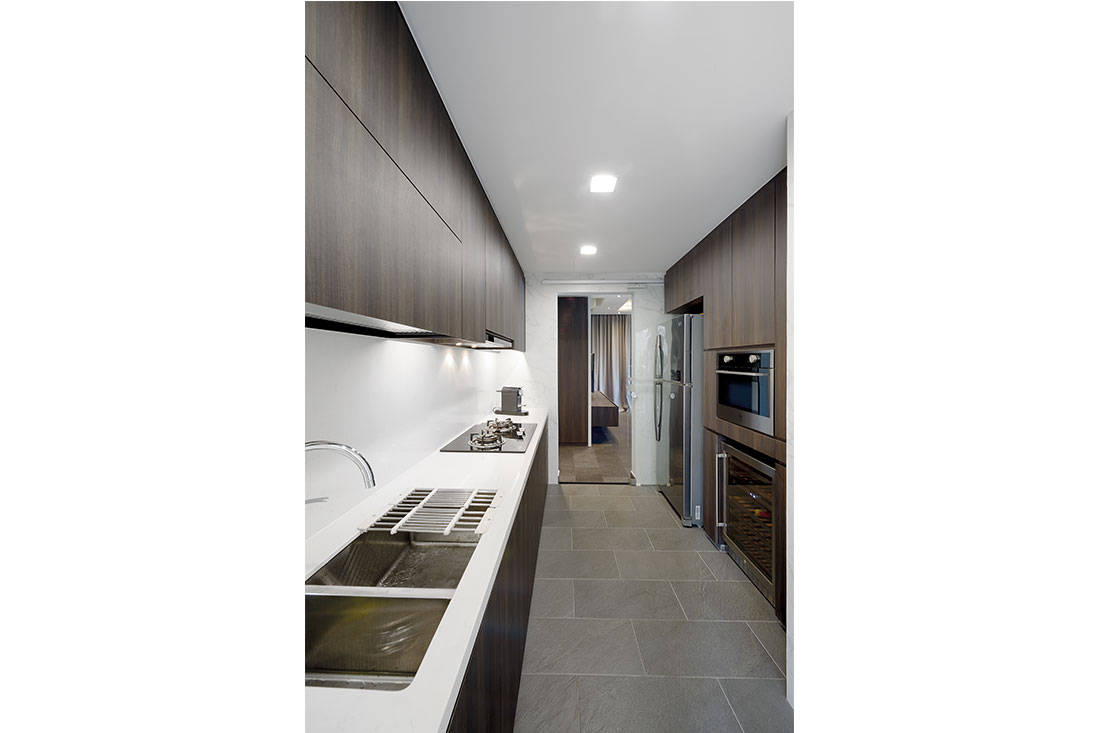 For the master bedroom, Edmund and Jaslyn applied a similar colour palette of earthy neutrals on the headboard as well as the wall backing for the entertainment unit. To enhance the visual impact, they utilised a variation of woodgrain finishes and arranged them in different vertical and horizontal orientations for the headboard. These laminate coverings also sport two different tones to enhance the visual effect. 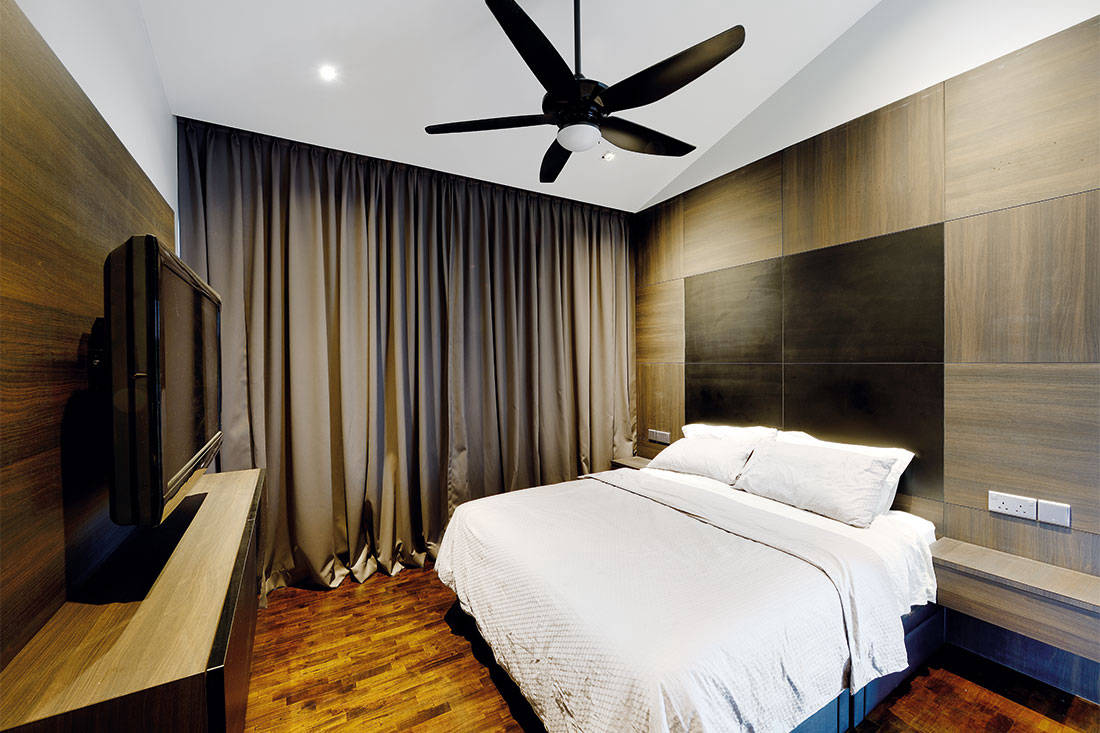 The previous common bathroom at the lower level of the penthouse was much too cramped. To enlarge it, the designers combined it with a smaller bathroom and the storeroom. With more room to work with, the designers conceptualised a spa-like oasis clad in stone-look tiles. Tiles with gorgeous veining are used in the shower stall to create a beautiful feature wall. 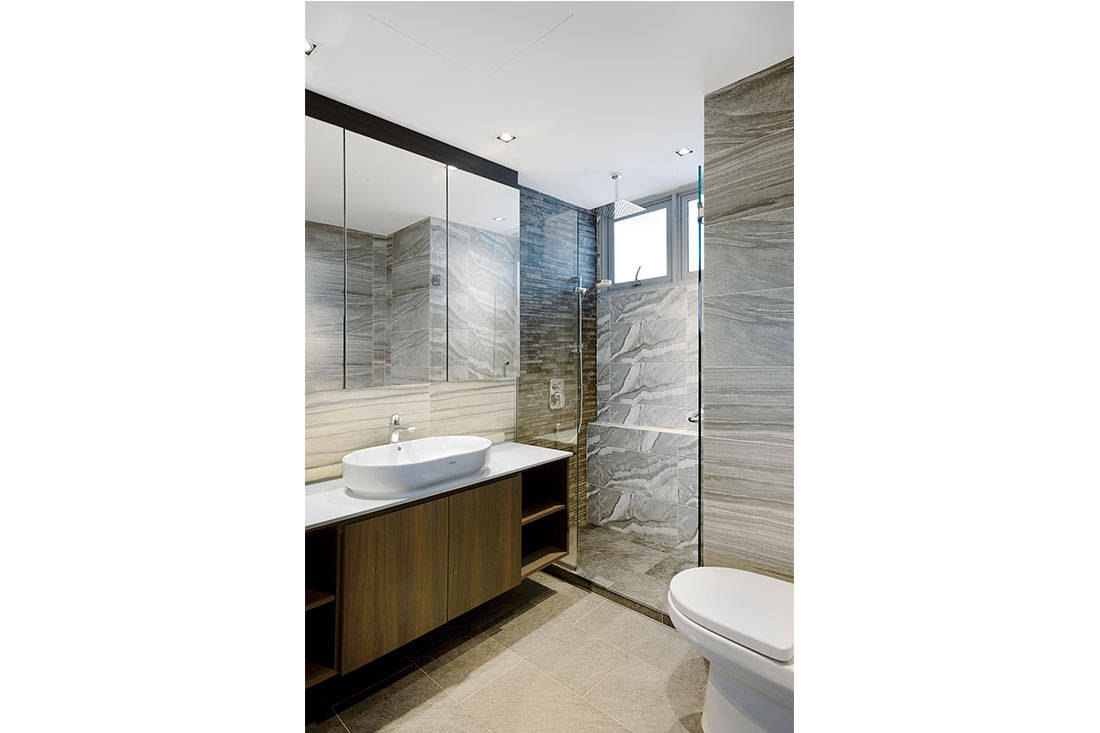 One of the alterations made to the floor plan includes this corridor. It was shortened to create more floor space for the common bedroom, allowing it to have a more comfortable layout. The designers also clad the wall of the corridor with laminates in a dark woodgrain finish. Not only does this create a sense of design uniformity with the overall style, it also conceals the entrance to the bomb shelter. 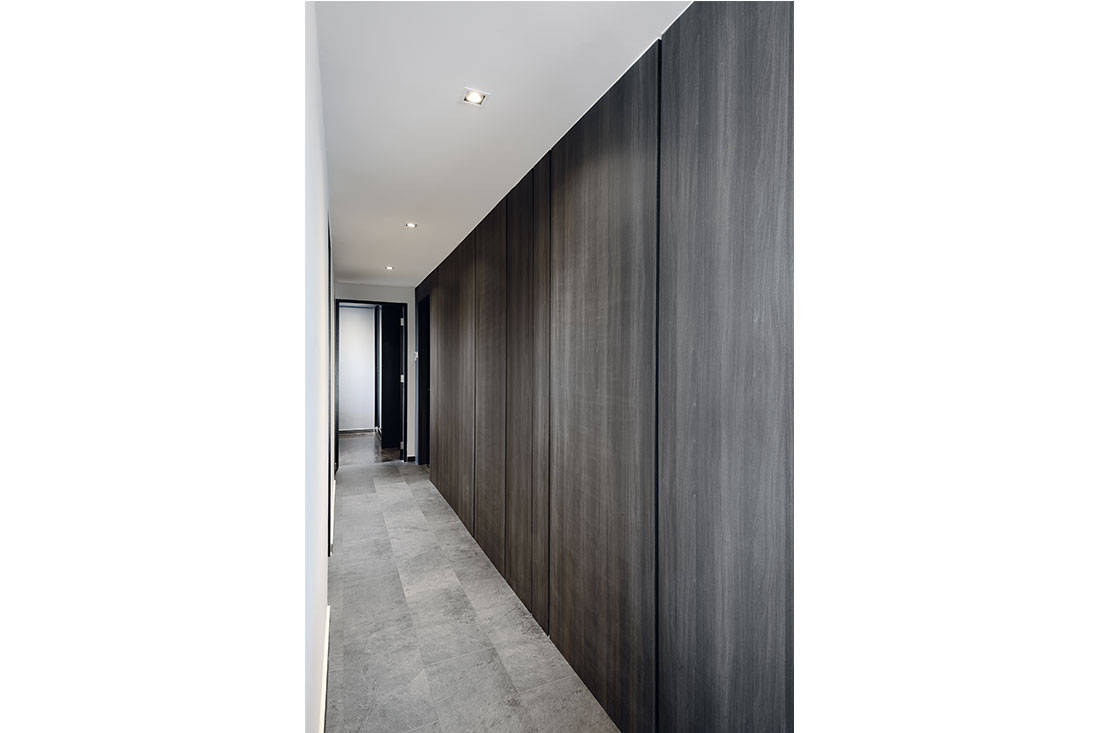