Elden Lim from Minimology maximised the floor area to transform this apartment into a spacious family home. 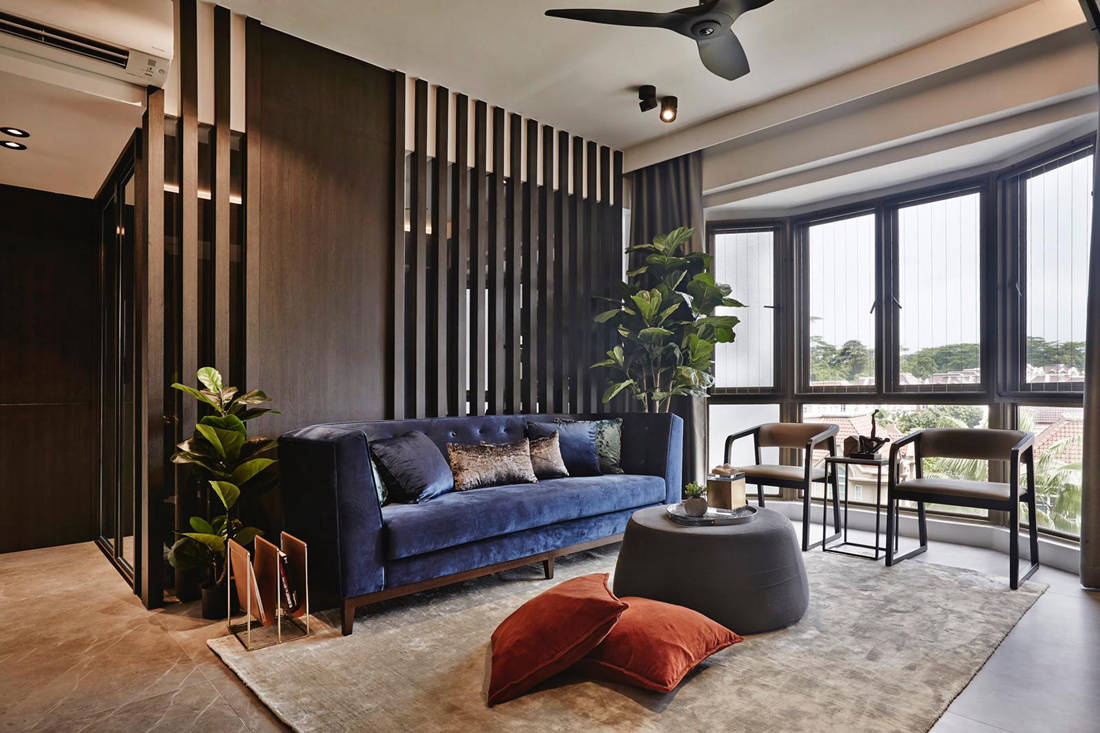 Designed to look contemporary with a touch of luxury, this three-bedroom condo received not just a facelift but also a thorough reworking of its layout. Designer Elden Lim from Minimology was engaged to help the family of four, a couple and their two young children, create a place that would make sense for their lifestyle. The result is a family-friendly home with more open spaces for dining and gathering, and greater privacy for rest and sleep. 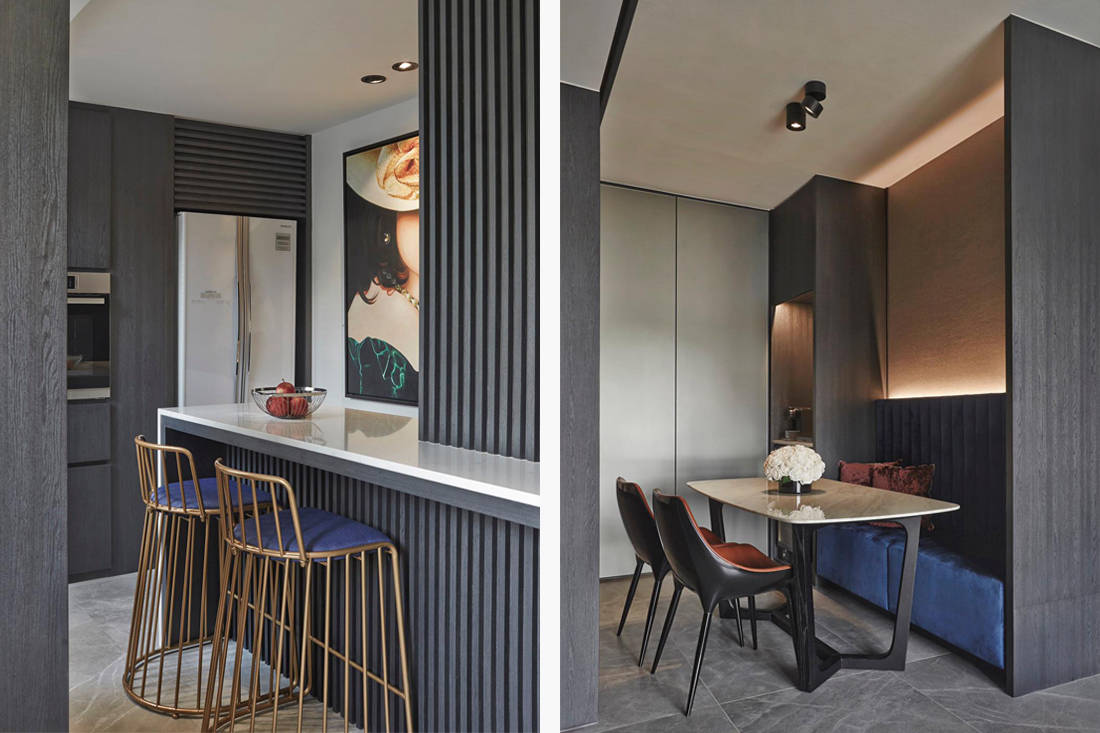 Since the homeowners specified for more space in the communal areas, Elden decided to carve out a dedicated dining room for the family to have meals together. Another request that the couple had was for a bigger kitchen. The existing service yard was thus subsumed into the kitchen to make it larger. In order for the apartment to accommodate these changes, Elden had to tweak the existing layout and knock down a few walls. 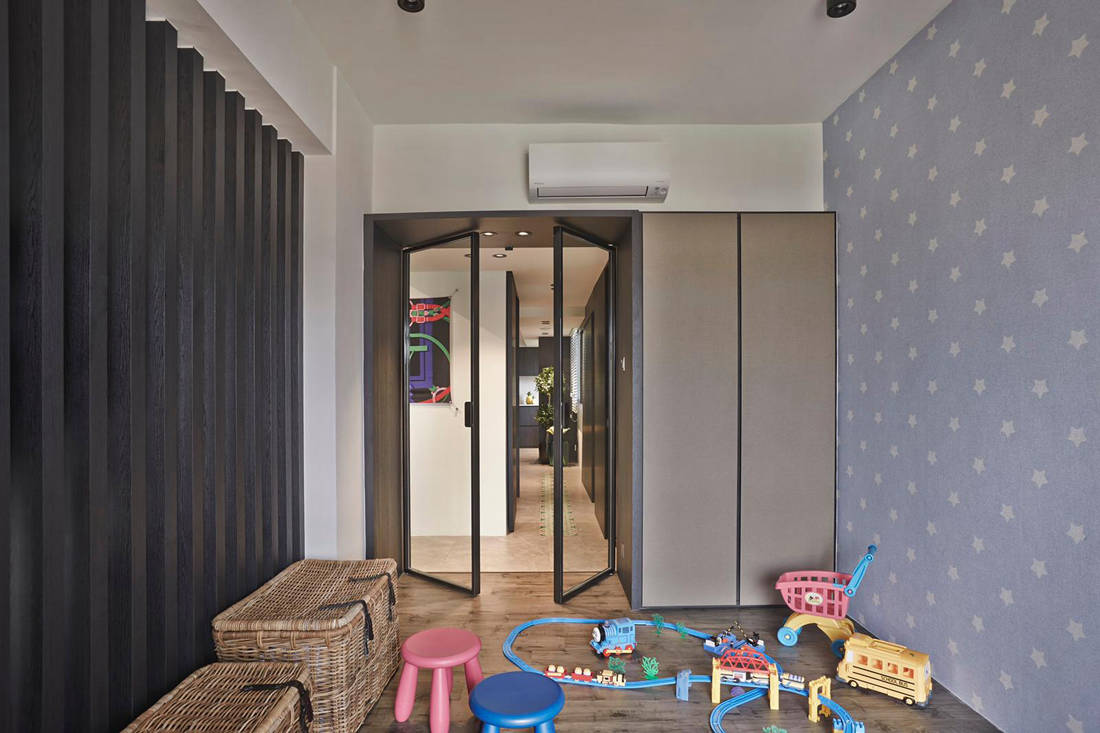 The walls enclosing one bedroom was hacked away and replaced with clear glass walls. Intended as a playroom, this allows the parents to watch over their children without having to be physically in the room. Full-height timber fins surround the playroom, adding warmth and a touch of cosiness to the space. 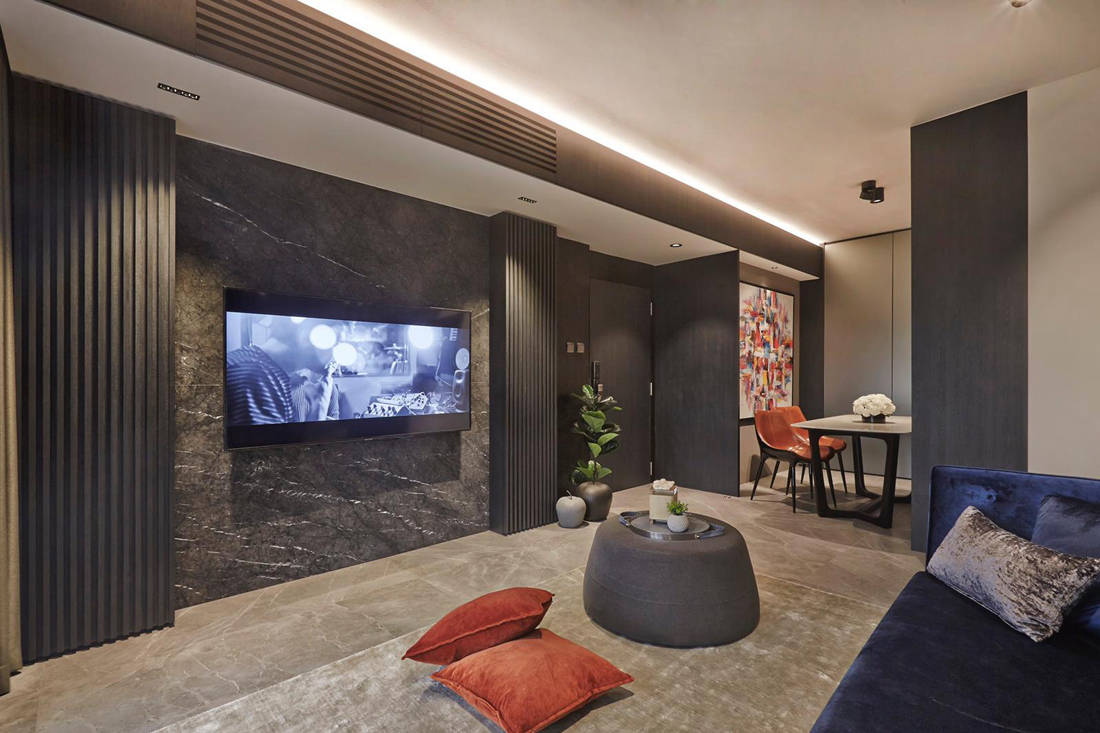 Instead of a typical TV console, the television is hung directly on the feature wall constructed of natural marble slabs. The look is clean and polished, evoking an atmosphere of sophistication in the living room. Hanging the TV on the wall also helps to maximise the floor space and allows for unhindered movement, which is ideal especially when there are young children around. 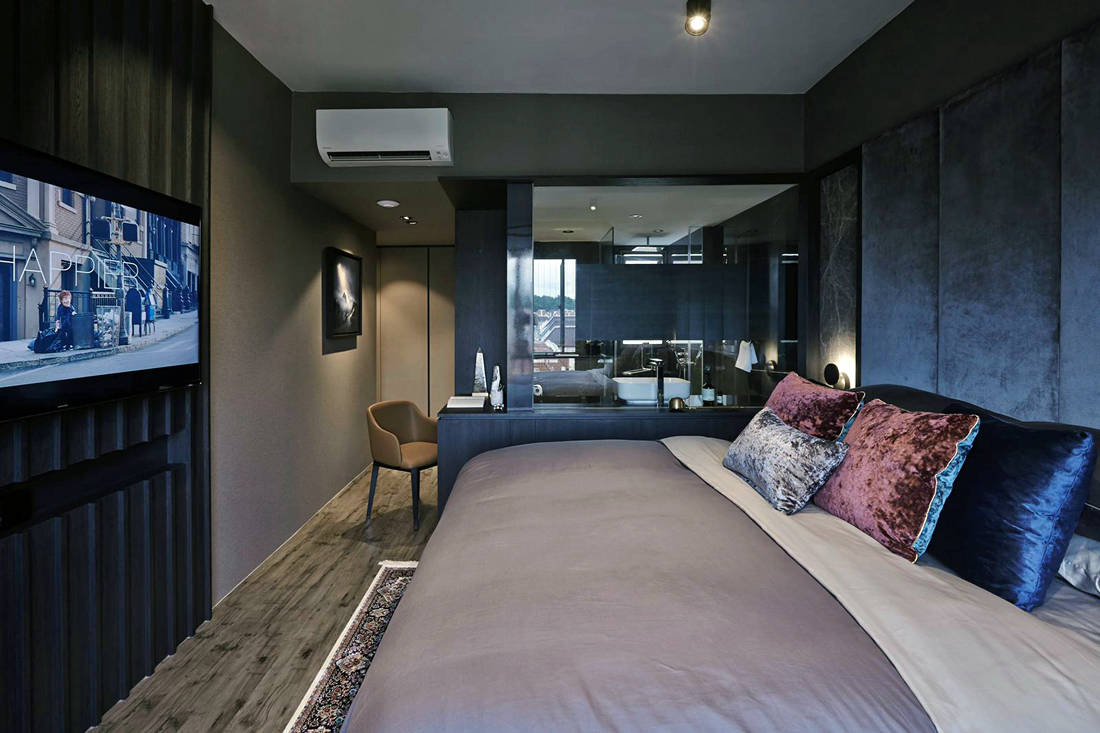 Like the rest of the apartment, the master bedroom is decked out in a similar palette of dark colours. A tall padded headboard with custom-built nightstands elevate the luxurious atmosphere. Since the attached bathroom is semi open-concept, Elden took care to design it in the same colours as the bedroom to maintain a cohesive sense of flow through the space. 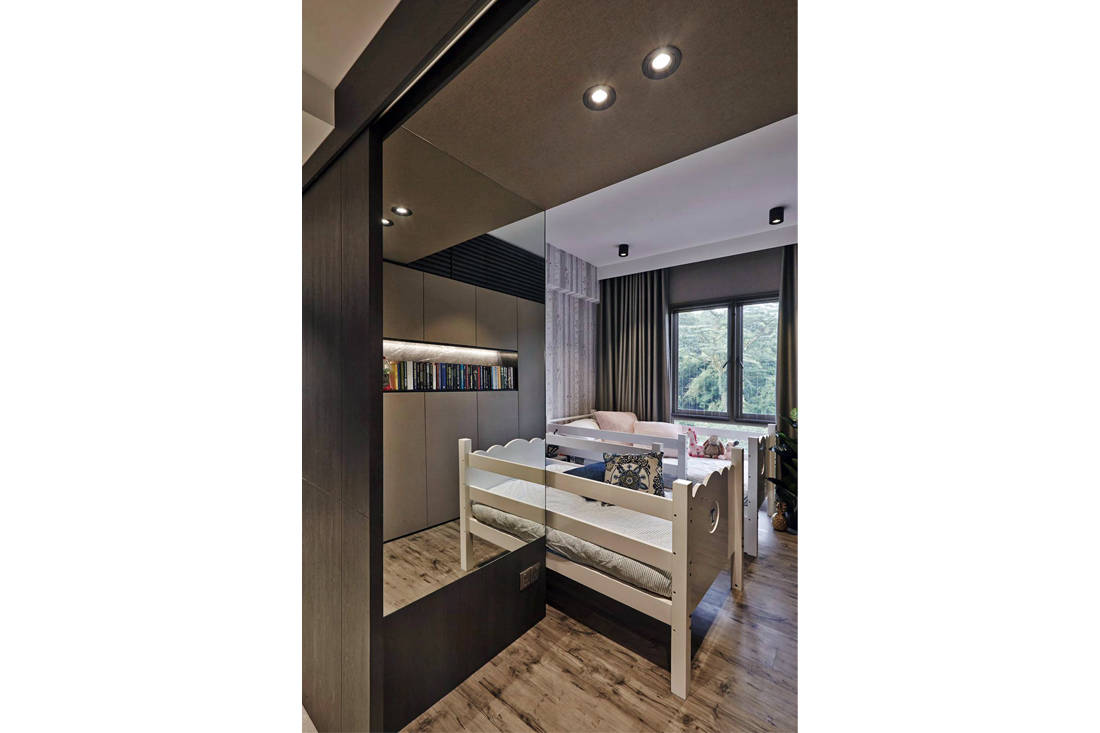 The third bedroom is shared between the couple’s son and daughter. To maximise the floor area, the wall between the children’s bedroom and the master bedroom was taken down. A double row of wardrobe, constructed back to back, acts as a room divider to separate the two bedrooms.