Danish designer Øivind Slaatto left a lasting impression on an audience of Singapore’s designers during a special lecture with Louis Poulsen at the National Design Centre. We share insights into his inspirational perspective.

Louis Poulsen Singapore welcomed Danish designer Øivind Slaatto to the National Design Centre on 21 November 2019 for a special lecture about his work, his design philosophy, and his mesmerising new Patera Silver light.

This new addition to the Louis Poulsen catalogue makes a notable diversion from its predecessor, the white Patera, which was launched in 2015 as a modern take on the classic chandelier. Patera Silver embodies the same fascinating shape – a spherical grid of strips arranged in a Fibonacci spiral. But its glistening materiality creates a very different light effect – as Øivind explained during a conversation with Lookbox Living before his evening lecture. 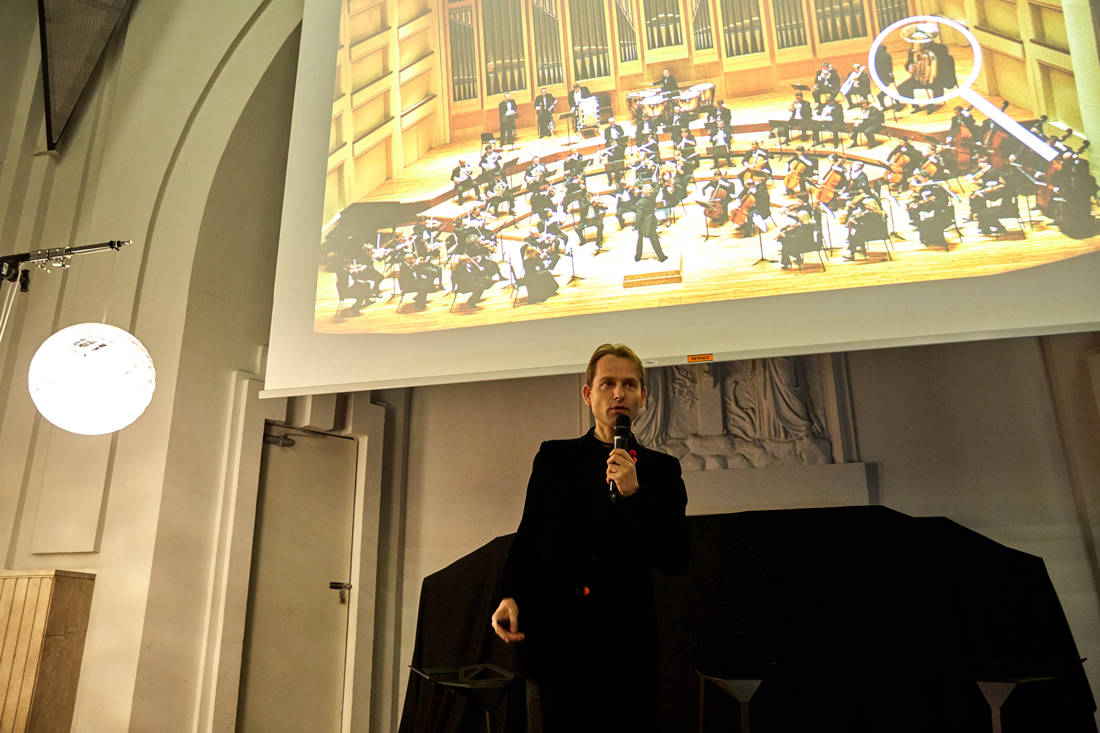 The interview and lecture were windows to Øivind’s particular approach to the creation of good human experience via design. They revealed a designer – formerly a professional musician – of great sensitivity and measure, who works with rationality and logic but also a deep appreciation of the poetry that can be found within an intuitive experience of the world.

See below for a video of the full lecture, ‘The Logic and Harmony of Øivind Slaatto’. The evening session saw a full house of designers and architects engaging with Øivind’s journey from music into design, his balance of skill and improvisation, and his search for the essence of things.

The audience was also joined by Ulla Riemer, Louis Poulsen’s Head of Academy, who was also visiting from Copenhagen, and Christian Seiffert, the Managing Director of Louis Poulsen Asia.

In Conversation With Øivind Slaatto

How does the light character of Patera Silver differ from that of Patera?
Well, the white Patera is very much for reflective, indirect light. It gives a very calm light, equal to light in a foggy or snowy environment, which is a very Scandinavian way of making light. And it’s very Louis Poulsen. While the original Patera has a very classic light, which is soft and calm, the Patera Silver is much more lively.

So instead of trying to make a very even light, the Patera Silver is more about fragments of light; it’s much more sparkly. It’s more like the light you see in the forest or the light that comes when the sun is filtered through leaves, and you have the contrast between the direct sunlight, the dark spots, and the filtered light. 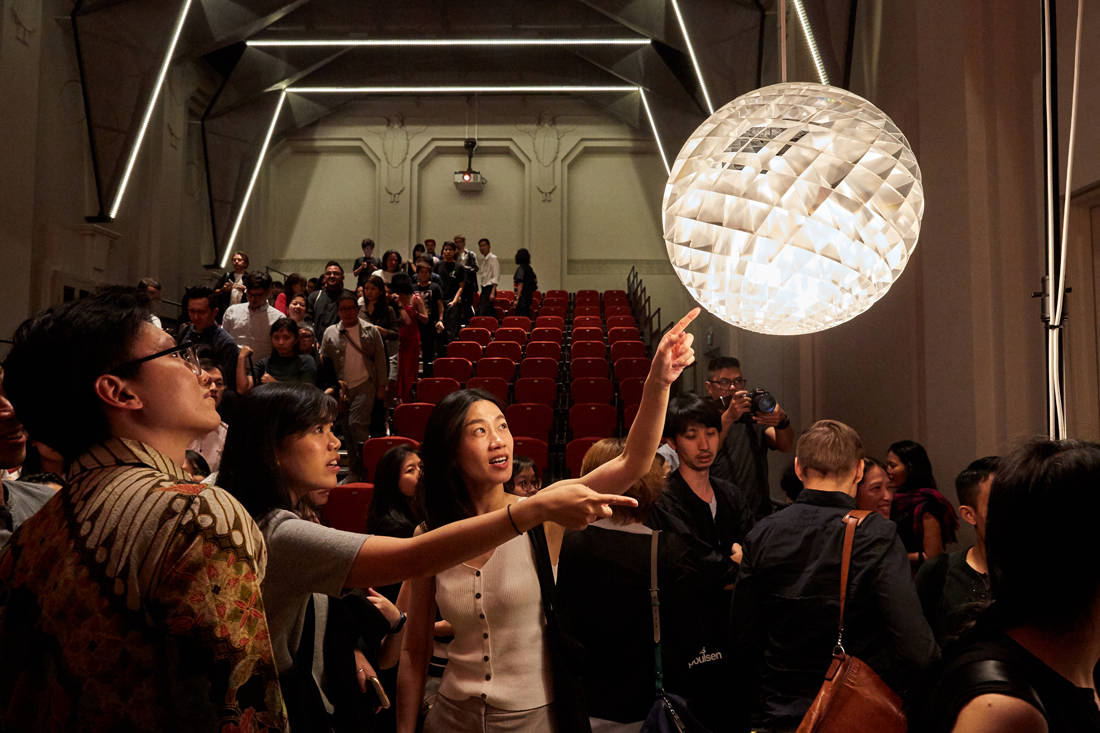 For you, what is beauty?
Beauty is when things just make sense. So it should be natural. And when I say natural, I don’t mean it’s made by nature, but that it’s not forced in any way. It’s simply logic. You could say German minimalism is very much about logic, but sometimes it’s so logical that I can’t find the human aspect – I can’t see the heart behind it. So you need to be minimalistic, but you should still sense that there’s a human heart behind it. 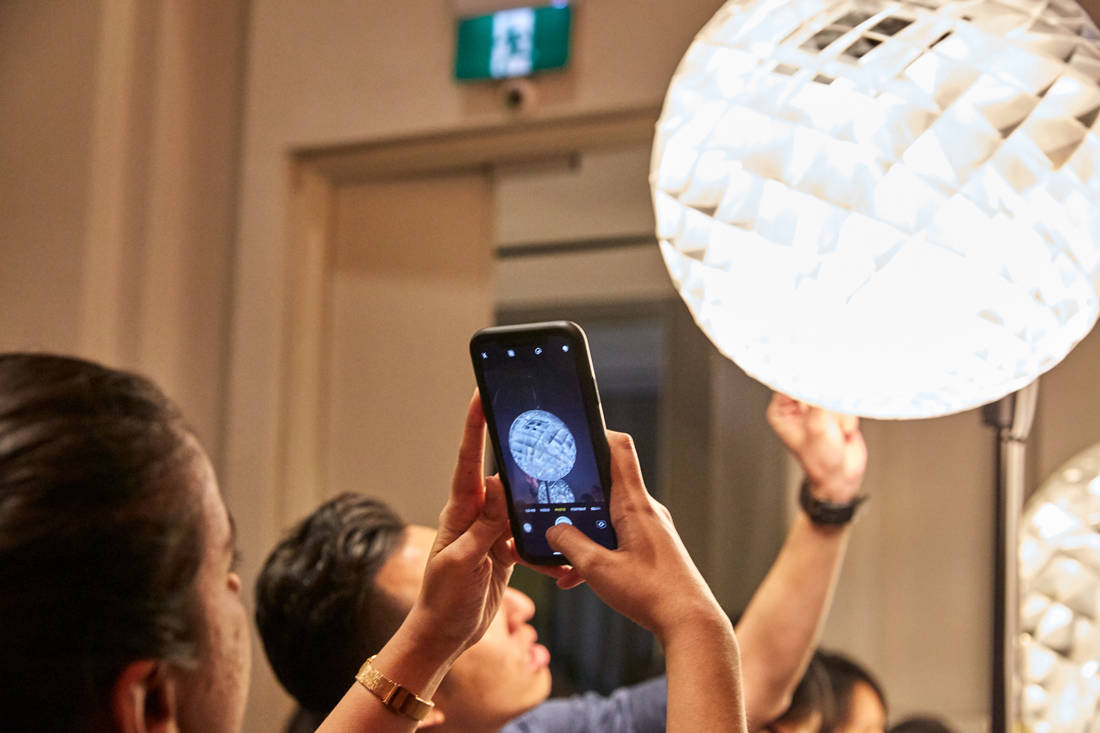 The large size of Patera combined with its delicacy gives it a fascinating quality. It must be a very physical and human act to assemble it. Could you tell me how it’s made and how you optimise the machine and human processes for its manufacture?
It’s made with 30 components. There are three different types [of PVC strips] that interlock. The very first Patera, first I had to make it in the computer. This process took me maybe half a year. And there was no computer program that was able to do it at that time. 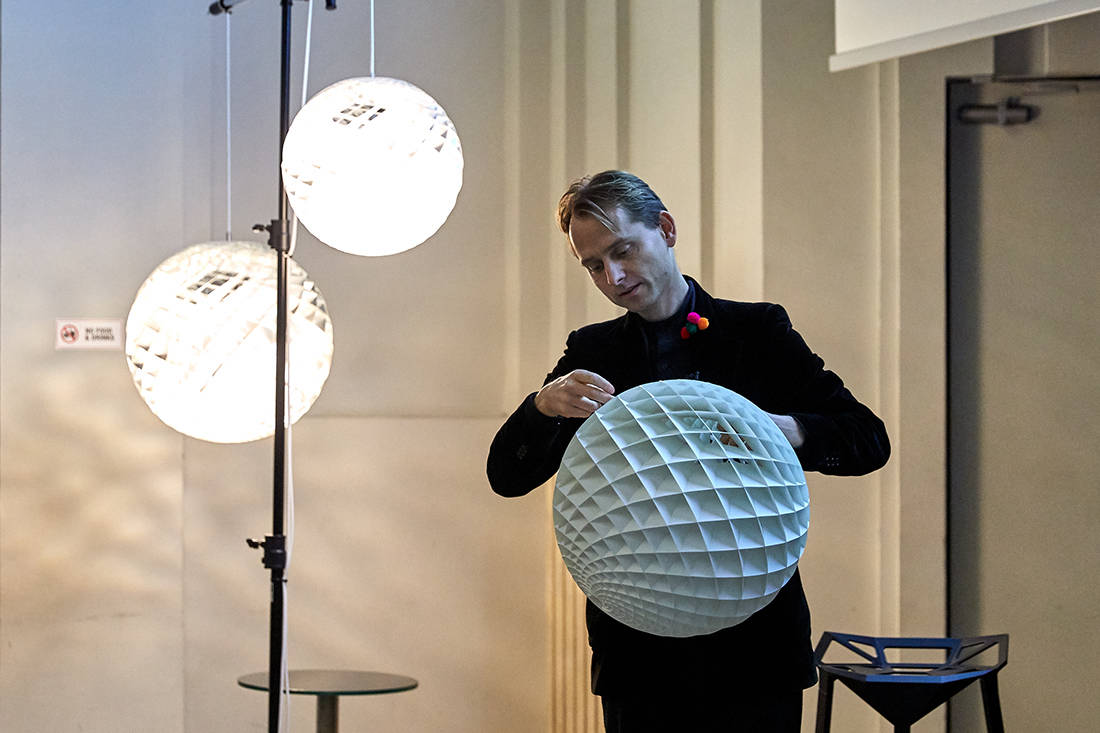 So how did you develop it?
I was tweaking it or I was combining the Patera program with lots of trial and error. I was doing some parts in the computer, and for some parts I had to cheat the computer and use logic. The first assembly of the first prototype took me five days, which was extremely uncomfortable. And if you think about that, an assembly time of five days – that’s not a commercial product. Renault cars only need 42 minutes of manual labour; everything else is made by robots. So how on earth could a lamp which takes five days to assemble ever become a commercial product?

But then we spent a lot of time optimising invisible details. This is where we succeeded. And now I think the assembly time is around 40 minutes for people who are very fast and skilled. So of course it was a collaboration between the designers from the development team, and those actually assembling it. 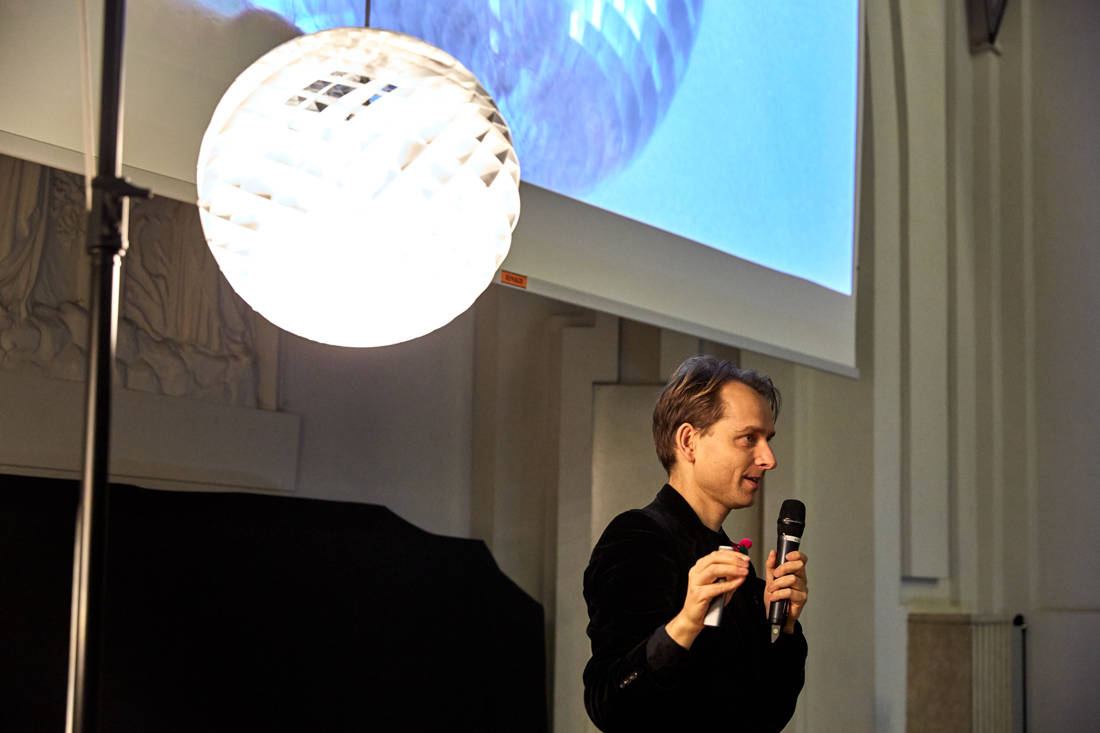 What is it about Louis Poulsen as a lighting producer that appeals to you?
Well, I must say, Poul Henningsen, or PH, as he is called, is an institution in Danish culture and Danish design. Maybe you could say he’s the godfather of good lighting. And he’s more than that.

He’s not only a really good lighting designer – I mean, just look at all his PH lamps; they have a clear logic behind them, a kind of poetry and a logic, which goes very well with my light design philosophy. It’s a no nonsense approach while still being generous and poetic – minimalistic but poetic.

But Poul Henningsen was also a very interesting person, and he was extremely important for Danish culture and society. He was making lamps in order to get time to write. And through what he was writing, he was very engaged in society. He was making music and he wrote a lot of essays for the newspapers. He was very critical toward the Nazis. He was very engaged in equality between men and women. For the culture, he is one of my heroes. 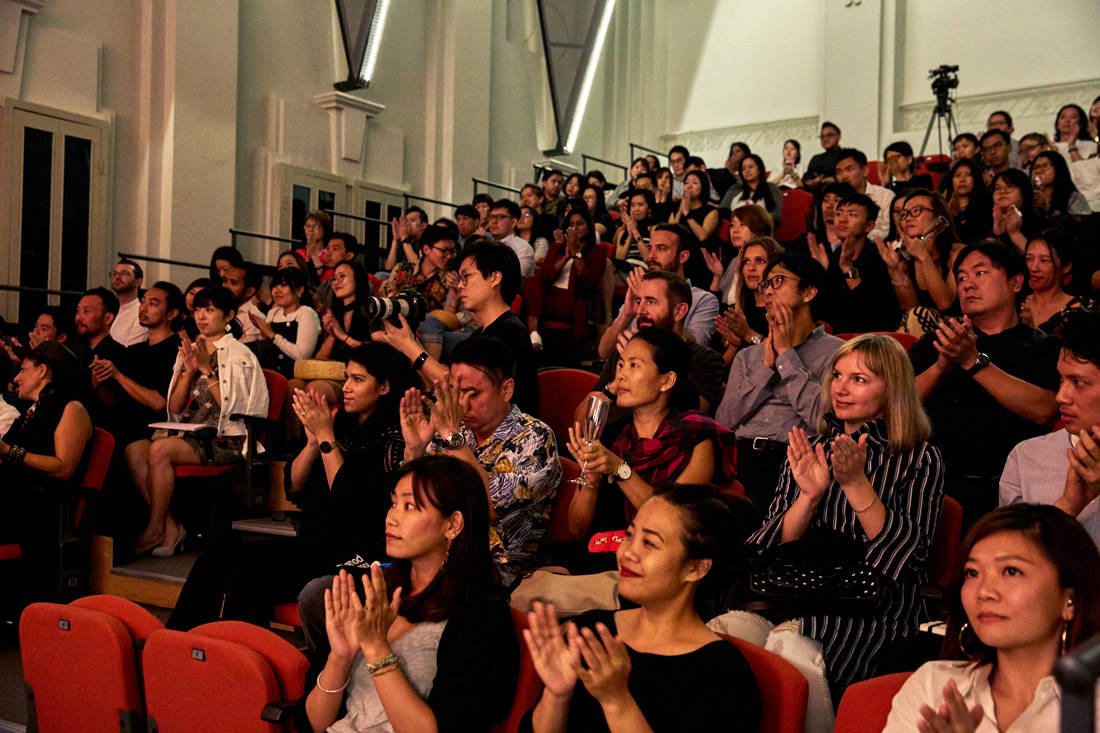 Yes I was going to ask you about this – his influence on Danish intellectual life and how that’s influenced you and perhaps other Danish designers since his time. But also, how would you describe the character of Danish design today? How is it still influenced by his philosophy and his impact on culture and society, and how is it perhaps finding its own way forward now?
Well, Danish design has become a multinational brand. If I say that I’m a Danish designer in Japan or Korea, then I’m a rockstar before they even know my name. So I’m building on a legacy, which is not built by me, which is a door opener, which is indescribable…

I think what has created this timeless value of Danish design is actually the Danish welfare system. In Denmark, we pay quite high taxes. I pay more than 50 per cent, and I’m proud of what I pay, because I know that this goes to a society where everyone can afford to give their kids free education, free healthcare, and nobody needs to be starving. This creates a society where I’m never insecure. I can go wherever I want, and nobody needs to rob me to survive. 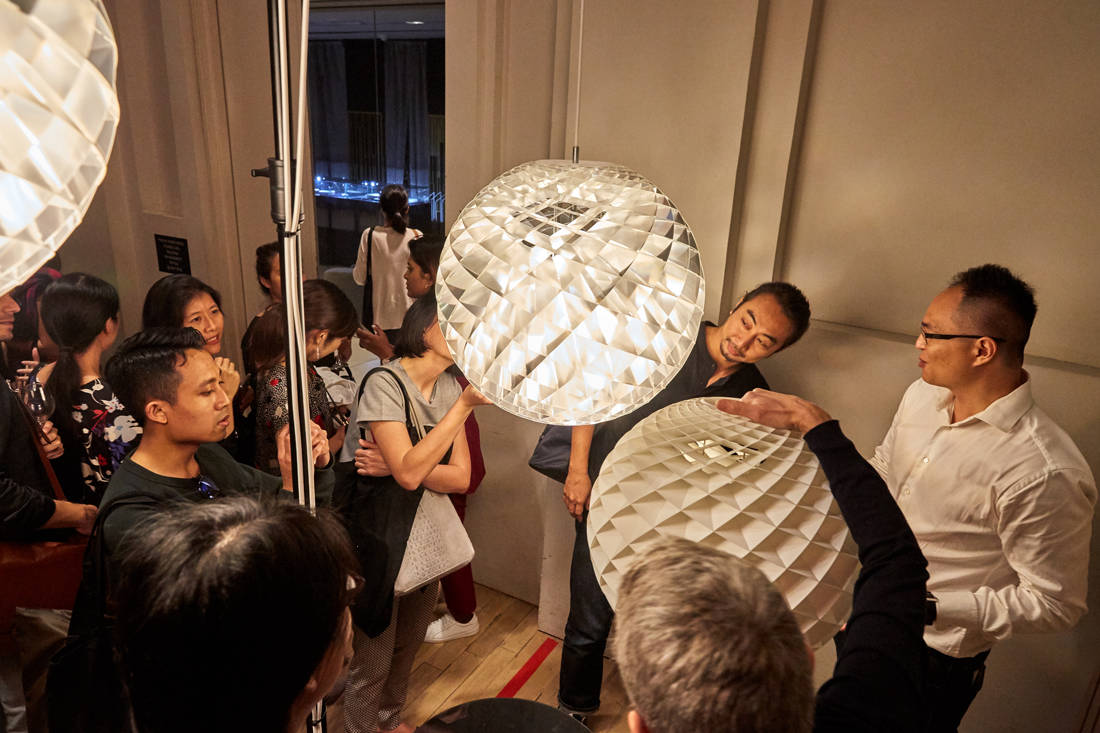 And having this kind of welfare system where you don’t need to have money in order to have a good life has created a culture where you don’t show off with how much money you have. It’s actually considered bad taste to show off with your expensive products. This has been influencing Danish society for generations. We don’t try to make products look expensive, we try to make products last and be good.

The Danish tradition is very much trying to cut to the minimum, trying to find the essence, making something that is very much built with the human in mind, not trends.

Today many of the successful Danish design brands are starting to make quite trendy things, which is not what I think is needed. But still the Danish design DNA is a very important part of everything, so I think it will never go completely wrong if you always have the human in mind, and design with respect for life. 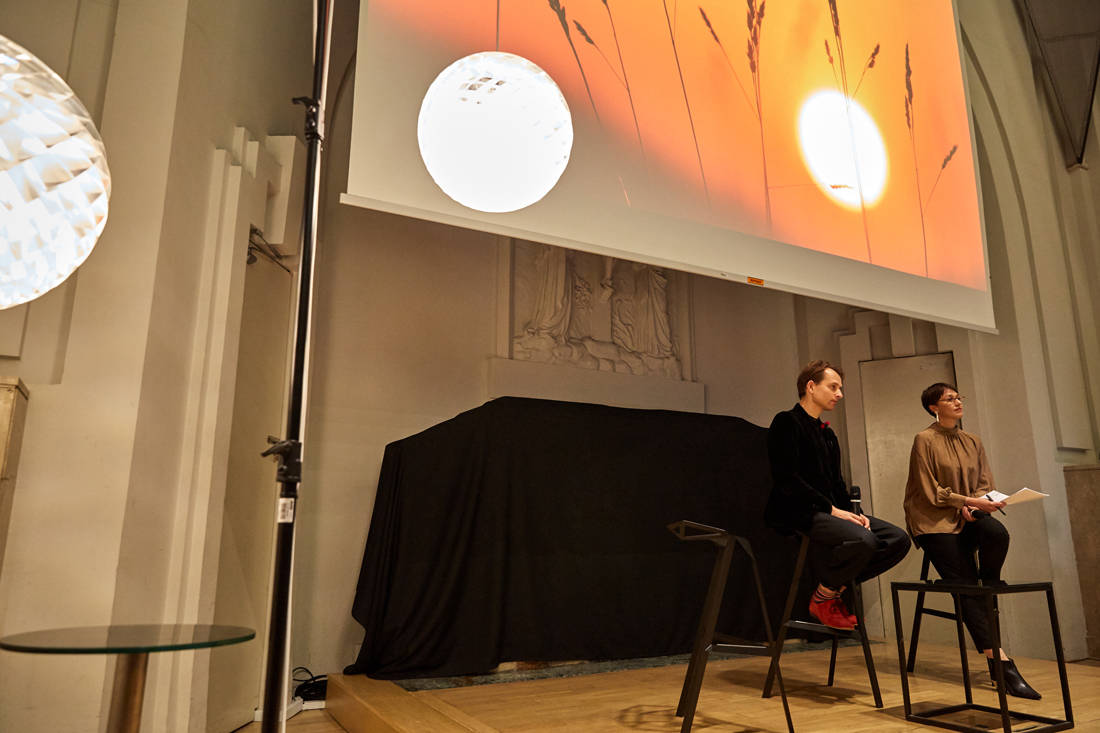 Tell me about your studio space and your process. How does the way you choose to work influence what you produce?
The studio where I work is a collaborative studio, which I started seven years ago with two colleagues. When I started at the design school, I learned a lot from my fellow students, and I missed this when I came out.

In Denmark, 99 per cent of all designers are one-person companies, which is quite unique compared to Germany or Korea. In Korea for example, most designers work in big companies. Samsung has more designer employees than we have designers in the entirety of Denmark.

If you succeed at this thing, which is in a way a collaboration, then we would never compete because you’re looking for something different than I am. And if I can help you look for what you’re looking for, then you will find your view.