Crafting the eternal: Why Louis Poulsen continues to craft its lighting by hand

Louis Poulsen’s lights are designed with a core consideration for human experience. And the presence of human hands in their production enhances that quality.

Text by Narelle Yabuka
Photos of The Louis Poulsen Makery and factory by Marie Louise Munkegaard.

We are now many centuries from the times when human labour was the basis of production. Today it is, ironically, the signpost of a special approach. At a time when robotics are infiltrating factories at record-breaking rates, it’s significant if a manufacturer chooses to retain human-driven processes and continue the meeting of hands, materials and tools. 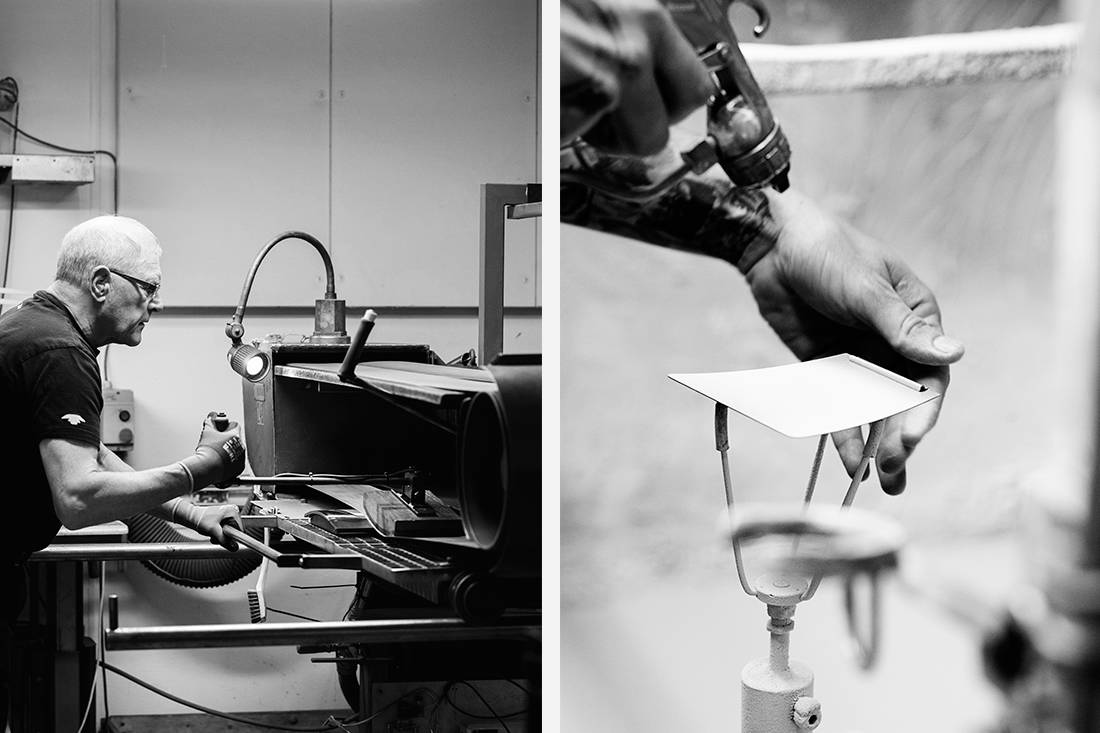 The presence of human minds, eyes and hands all the way through the manufacturing process has an effect on the object that results. Human work has human-centric effects, becoming part of the story of the object. The human-driven approach speaks volumes about qualitative value. It signifies an investment in time and a concern for detail. In essence, it illustrates the valuing of skills and the craft of making.

Louis Poulsen’s continued focus on the human-led production of its lights is an unquestioned constant. This is, after all, a brand whose products are designed with human experience at their core. And at its anniversary celebrations for three iconic Poul Henningsen lights during the 3 Days of Danish Design festival in May, the Louis Poulsen showroom on Gammel Strand was transformed into a showcase for its hand-assembly processes. 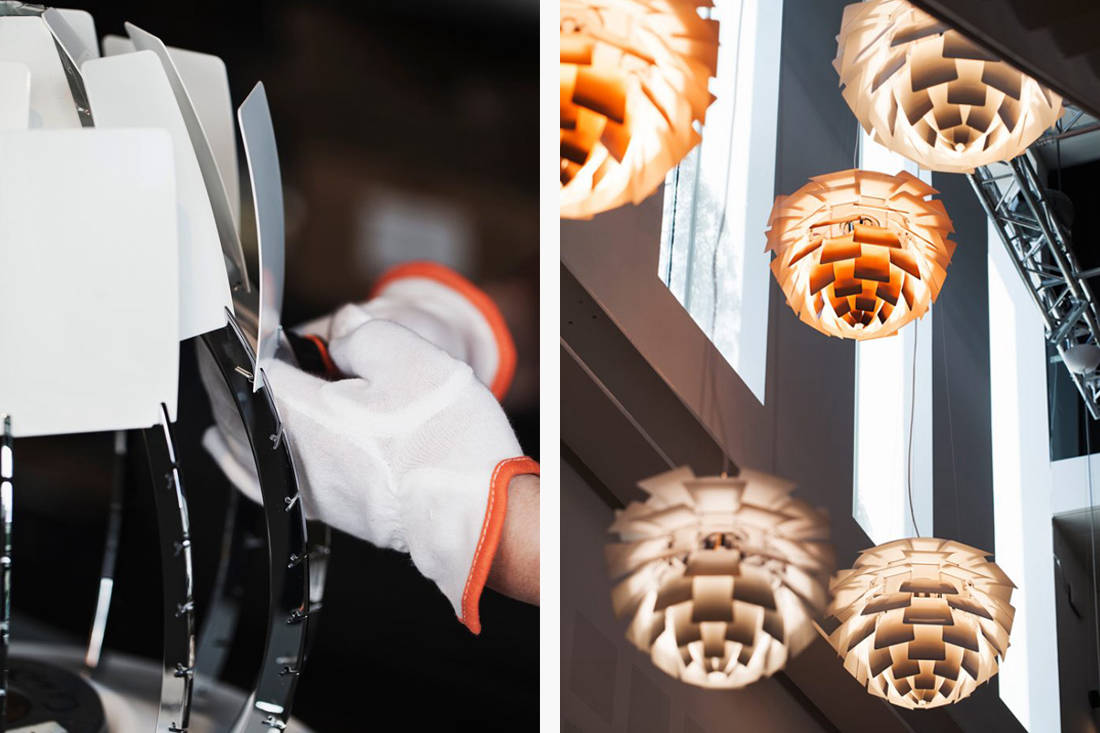 The Louis Poulsen Makery, as the set up was called, celebrated the making of the PH Artichoke and other lights, bringing production staff and their hand tools out of the factory and into direct contact with showroom guests. It was a fitting way to mark the 60th anniversary of PH Artichoke, which was designed back in 1958 by Poul Henningsen for Langelinie Pavillonen – a modernist Copenhagen restaurant where it still hangs today. 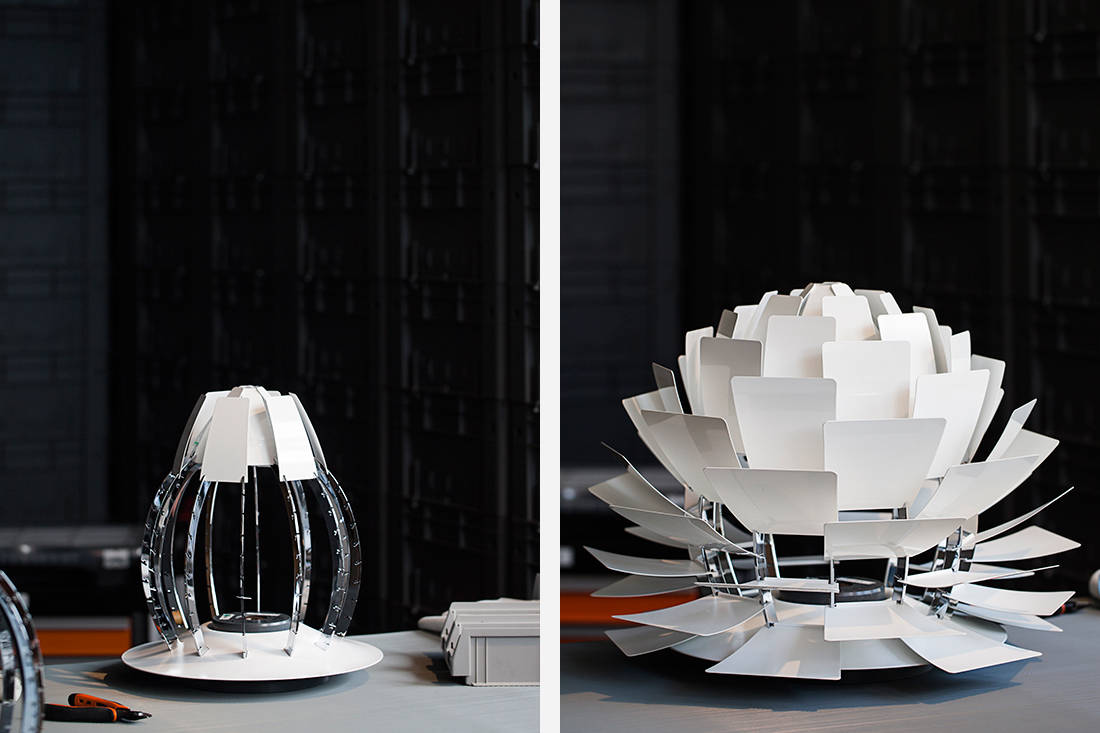 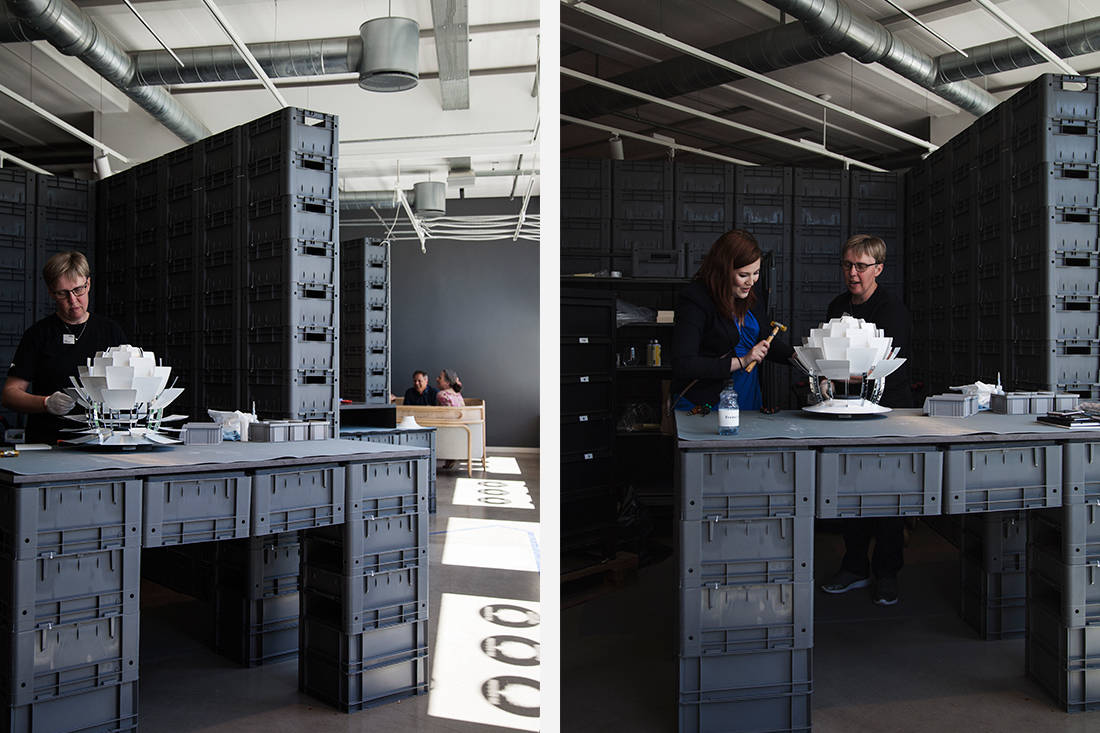 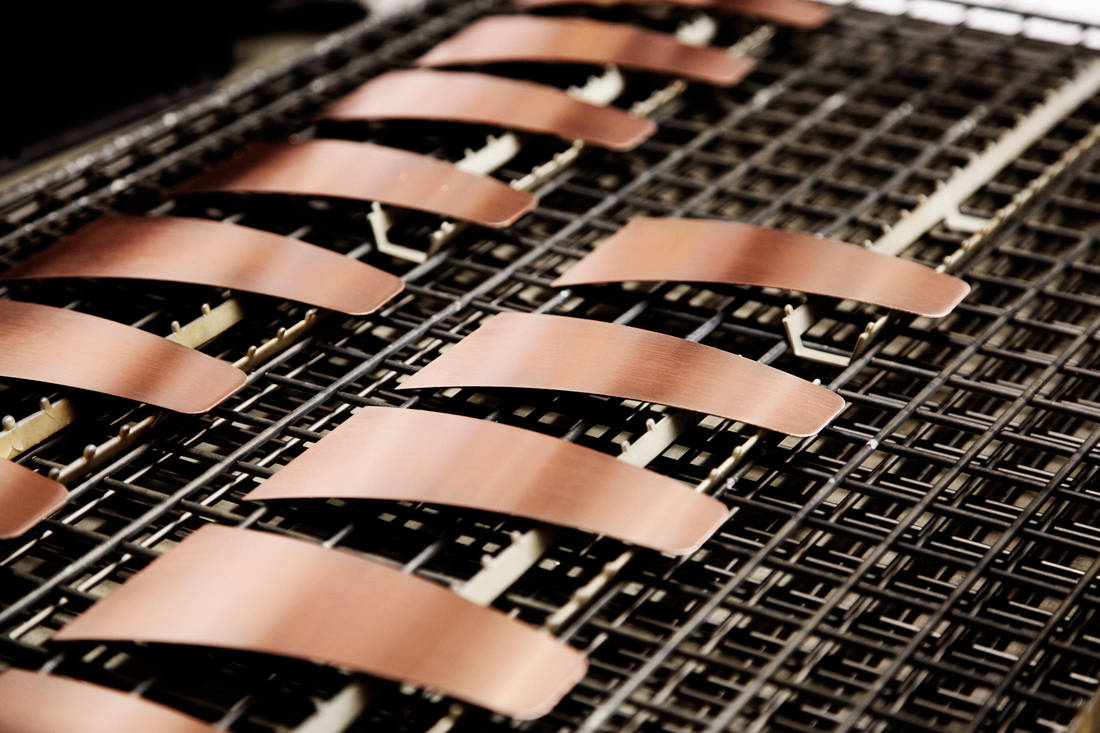 Crafting continues at Louis Poulsen, and much of the production process for PH Artichoke is still done by hand. The 72 punched brass, copper or steel leaves that create its sculptural form (laser cut in the case of the stainless steel version) are brushed and coated by hand. Each leaf is given its breathing space on drying racks before being inspected, cleaned and stacked between foam spacers to await assembly. Human-operated presses stamp the metal components and the round top plates are spun into shape with the application of pressure by hand. 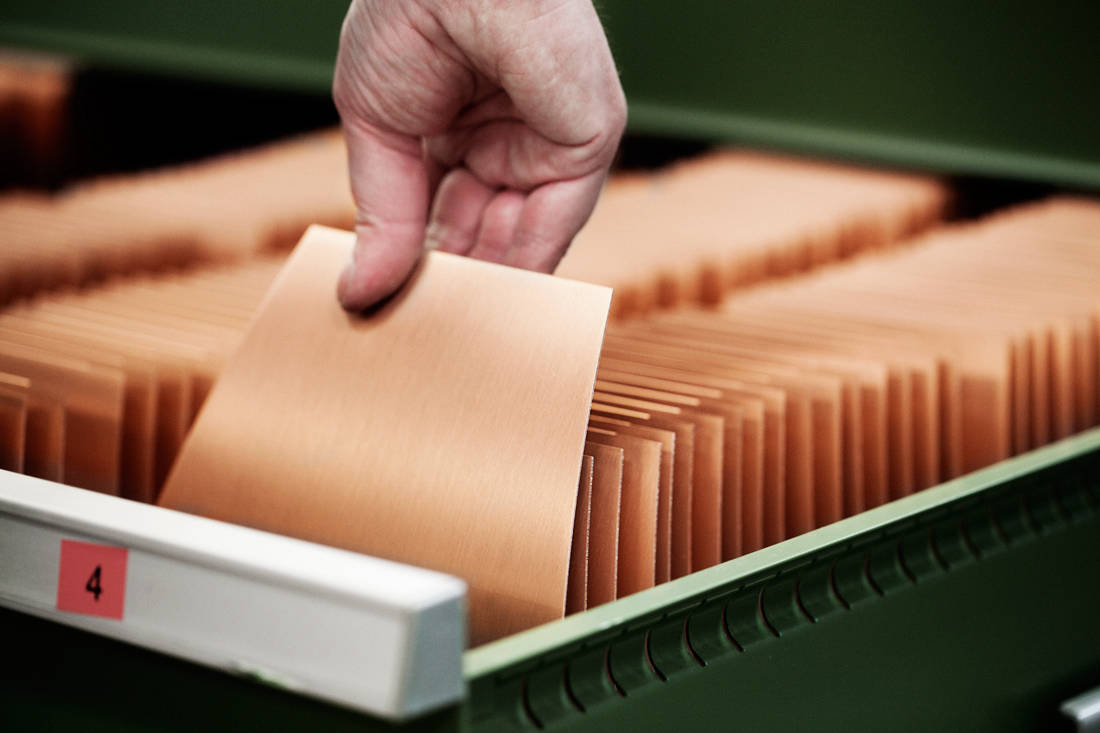 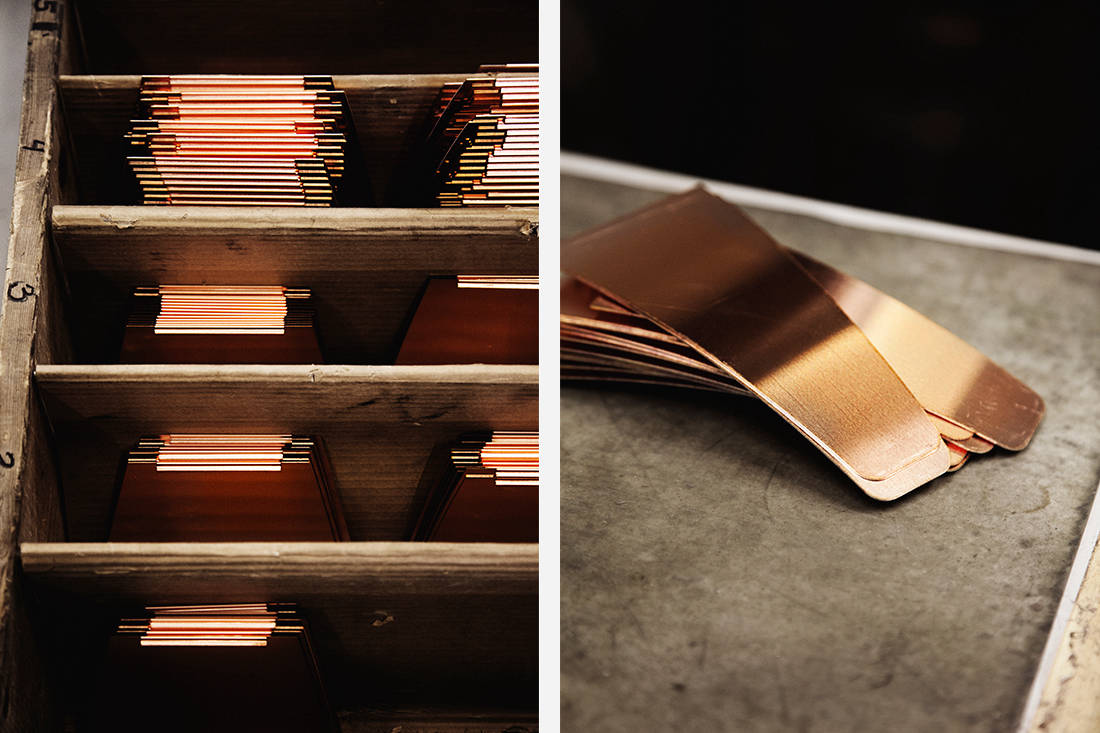 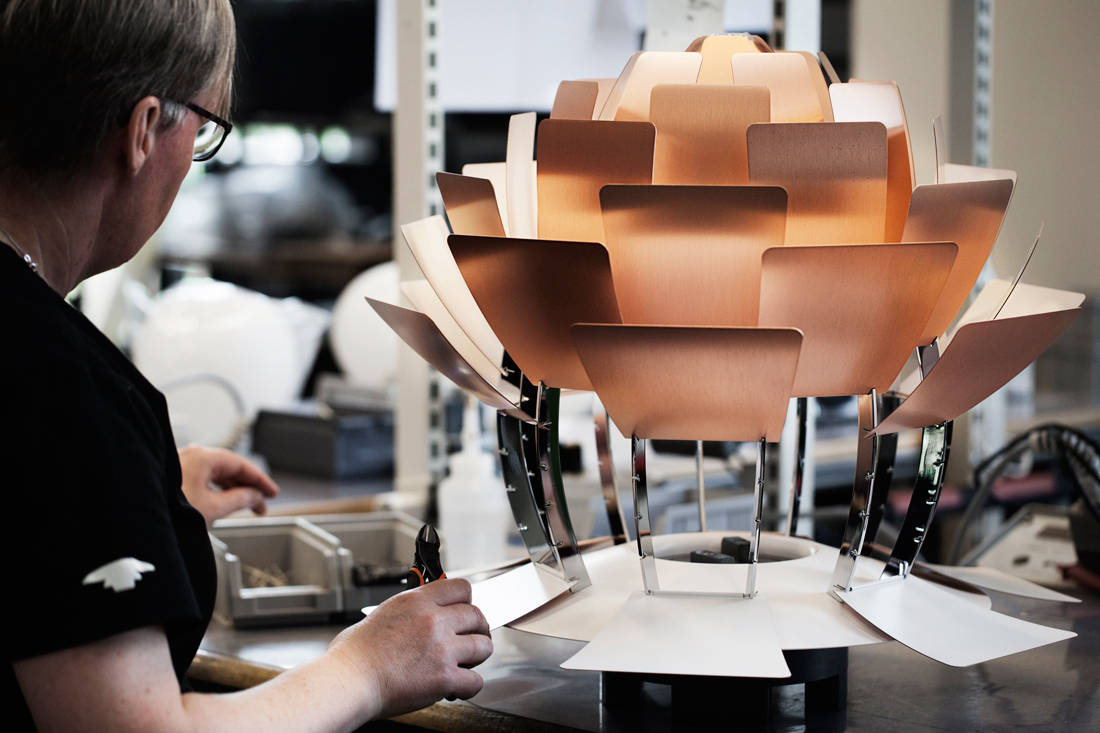 At The Louis Poulsen Makery, guests were invited to observe the assembly of the leaves on the chrome-plated steel frame of PH Artichoke. Slotted in one by one, the leaves are held in position by short wires, each bent by the maker with pliers to ensure secure placement. There’s no adhesive in sight. What is visible, however, is the gradual materialisation of a perfected form – a symphony of metal that, thanks to Henningsen’s mastery, provides glare-free light from any angle.

A 60th anniversary brushed brass edition of PH Artichoke is available between September and December 2018, and its significance is marked by the inclusion of an anniversary engraving on the third row of leaves from the top. It presents Henningsen’s own signature, then reads: “PH Artichoke – 1958-2018 – Anniversary Edition” followed by a unique number. Collectors can rest assured that the engraved leaf was placed by experienced hands, who carry on a production process that has defined the PH Artichoke for 60 years.

We think you may also like Journey To The Source: Celebrating Louis Poulsen’s Iconic PH Lamps In Denmark