This predominantly white condominium designed by Third Avenue Studio is anything but boring.

There was a time when woody accents and beige walls reigned supreme in countless homes worldwide, because many believed that this was the only approach to inject warmth into a space. But of late, all-white interior has been trending, partly owing to the minimalist movement and Scandinavian influences. A case in point is this beautiful residence located just 10 minutes walk from Bedok Reservoir. 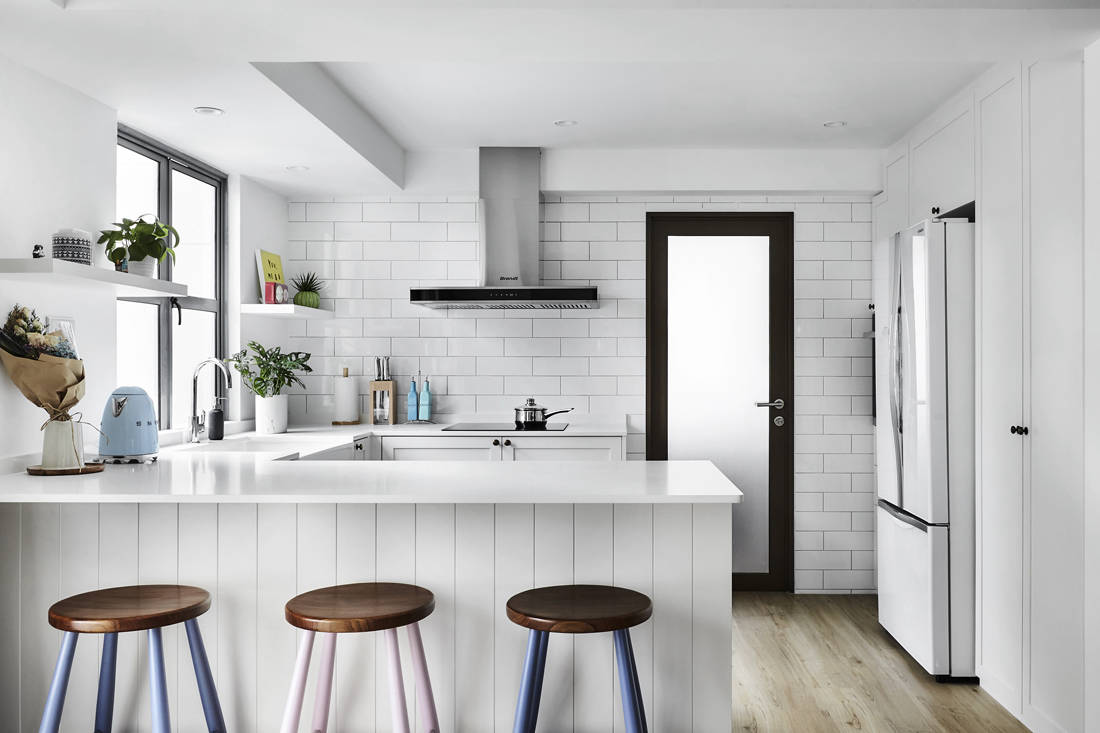 The young couple living here entrusted Lawrence of Third Avenue Studio to realise their vision of a Scandi-inspired home with country influences. The couple says: “We like clean, simple design with pops of colour on selected pieces of decor and furniture.” As such, Lawrence kept everything predominantly white to avoid visual clutter in this 1,590sqft condominium unit. 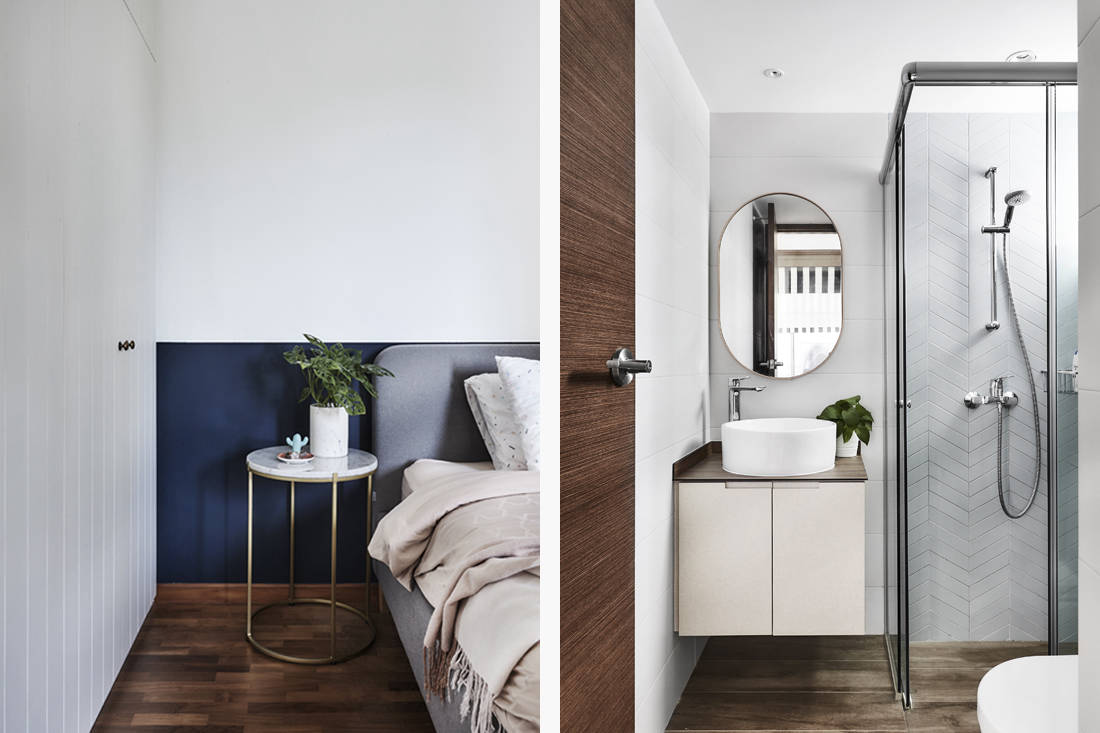 The furnishings throughout the residence bear a neutral colour palette, except for some colourful patterned cushions, bar stools and several kitchen appliances. Perhaps the most noticeable use of colour is seen in one of the bedrooms where a rich navy blue covers the lower third of the wall, creating an understated feature wall. The same design approach can also be seen in the common bathroom, where chevron tiles line the shower enclosure in a muted, baby blue colour.

The couple also requested for an open layout so the unit looks more spacious. “Before, it looked very compartmentalised as the layout was done in such a way that each area has a specific function and there wasn’t much you could play around with in terms of design,” explains Lawrence. As such, the designer brought down the walls at the original kitchen entrance and one of the bedrooms. 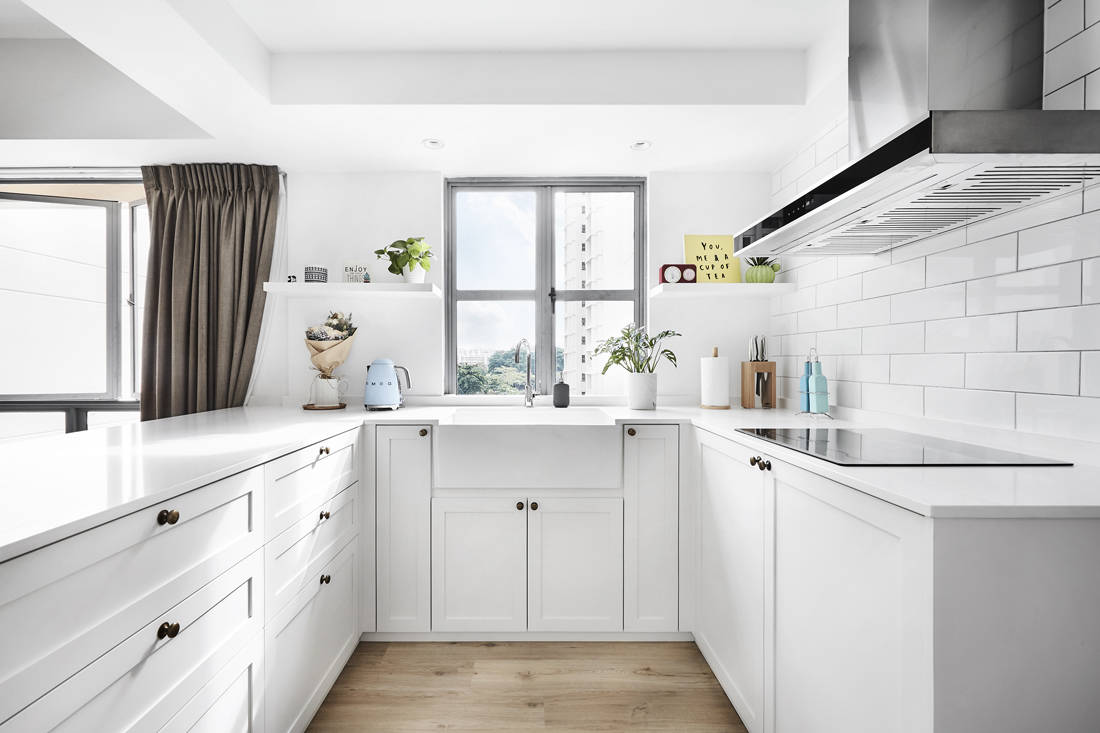 The approach created a vast open space that links the living room, dining space and kitchen in an uninterrupted flow. Though part of an open plan, the kitchen still sits in a space of its own in an unobtrusive manner, at the same time allowing natural light to fill the dining space. “I like how the sunlight floods the kitchen,” says Lawrence of his favourite space in this residence. “Coupled with the white laminates and subway tiles, it just makes the space look light and airy.” The classic Shaker style cabinets also add style and a sense of warmth to this all-white kitchen. 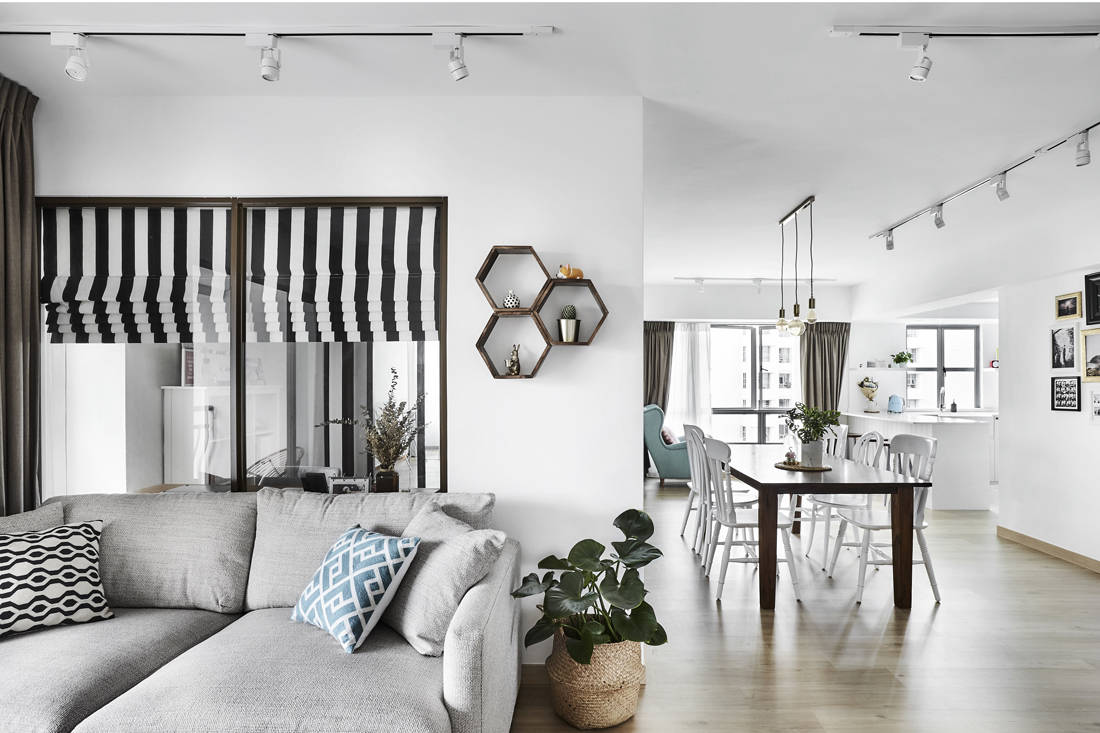 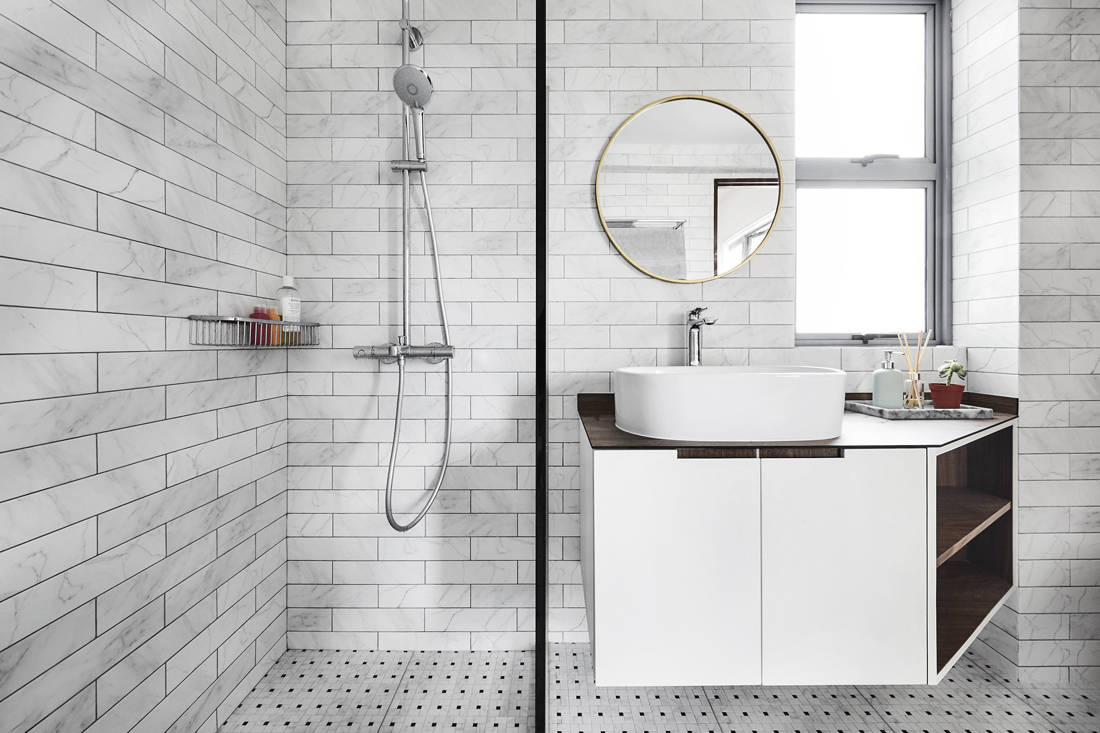 With such cleverly thought out design, it’s impressive to know that the execution – from design to completion – took only two and a half months to complete. And whoever believes that an all-white interior is stark and cold should now reconsider their beliefs.

We think you may also like One newly married couple, with two very different design preferences. How will this end?