Artistroom has transformed this 4-room flat into a spacious pad for a globetrotting bachelorette who also loves to entertain.

While the homeowner did have some requests such as easy maintenance, storage space, and a kitchen island, she believed in Artistroom’s design vision and handed over the reins to them. The design team then drew inspiration from the homeowner’s artistic flair to create a home that suit her taste and personality. They used clean lines and kept colours to a minimum but cleverly employed black wood grain veneers and terrazzo-effect homogeneous tiles to inject subtle texture and movement into the space. 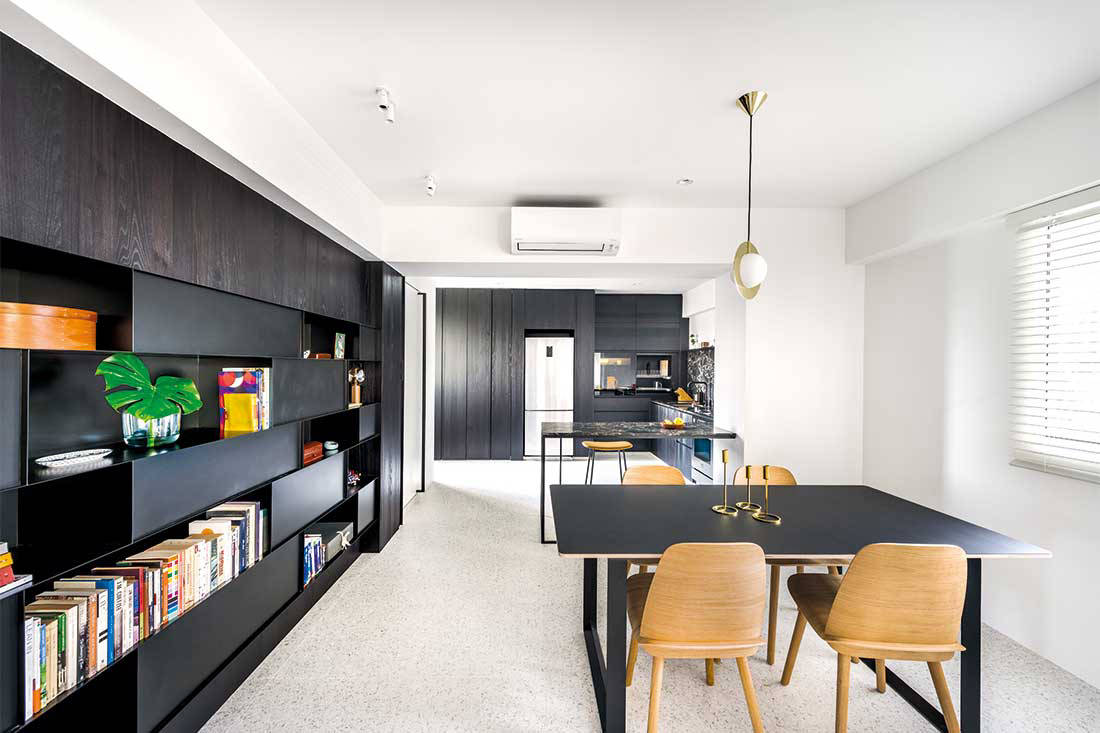 As the homeowner requested for a large space to host parties and gatherings, the designers decided on an open-concept layout for the living and dining areas. The overall style was kept clean and uncluttered to create an airy and spacious atmosphere. The TV is installed within a niche in the wall while a row of cabinets is neatly housed in the space under the windows. 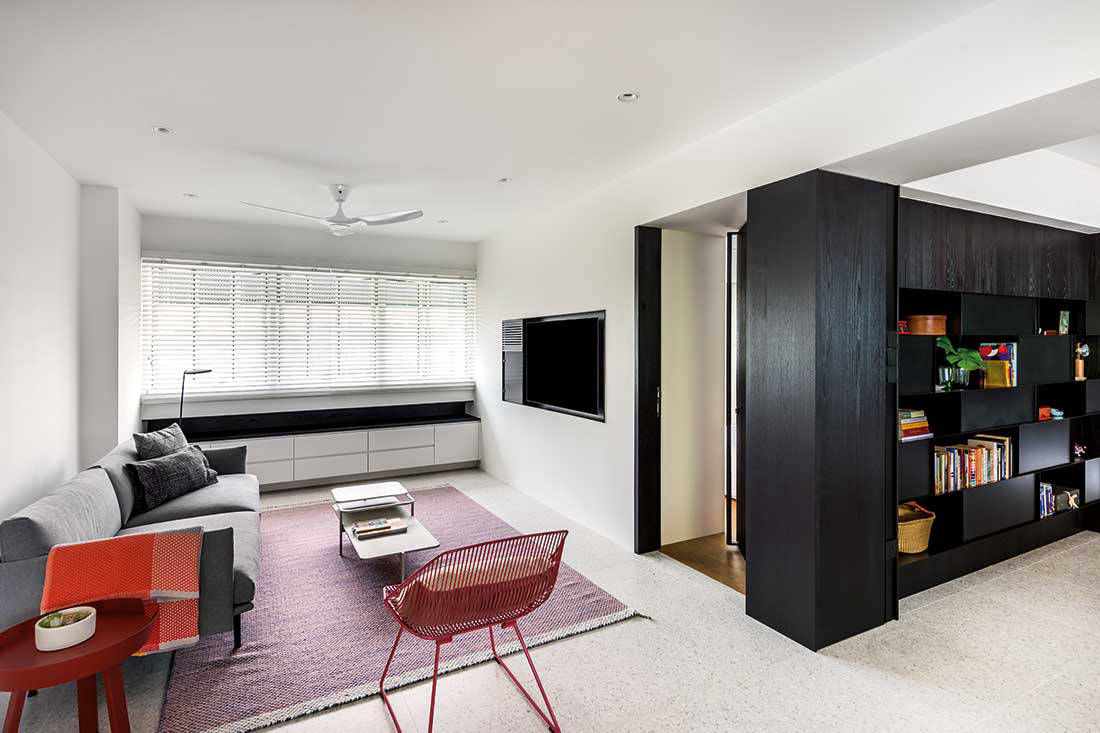 Considerable thought went into the design of the kitchen. Space was carved out from the cooking area to create a mini service yard area so that the homeowner has a private area to do the laundry. In order to keep the entrance to the service yard hidden, the doors are flush with the surrounding walls and finished with the same woodgrain veneer. 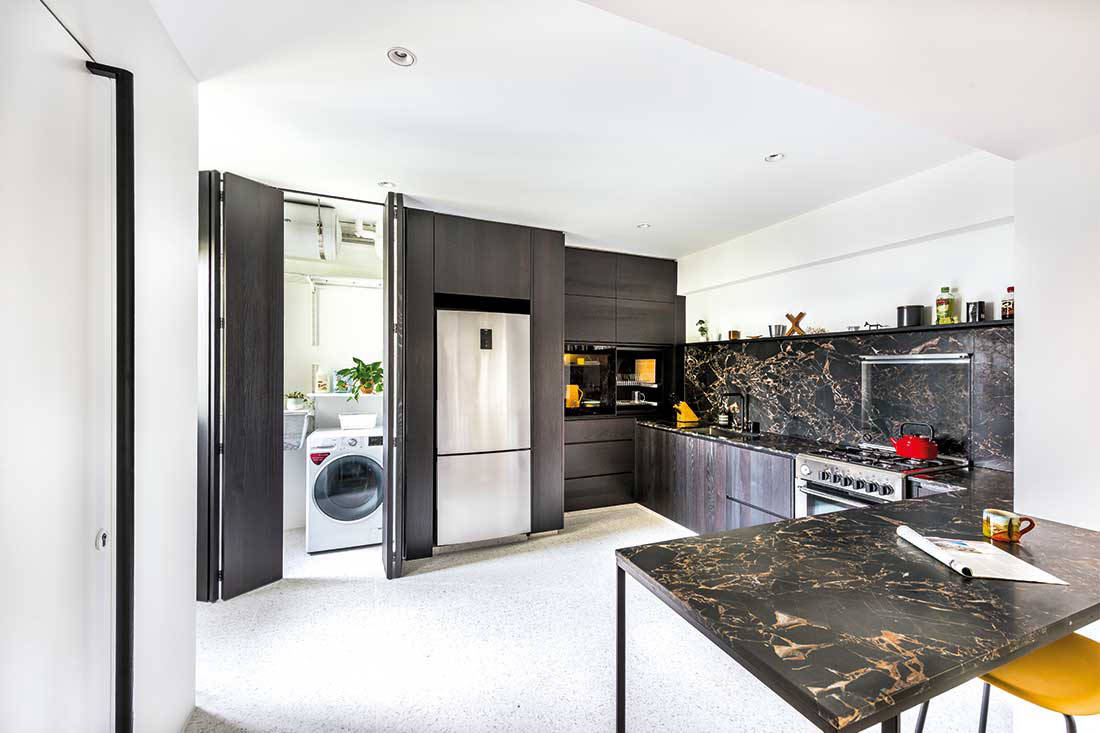 With clean lines, built-in storage units, and a predominately white colour scheme, the master bedroom follows the same design concept as the rest of the home. Instead of building a new wall to reconfigure the space, double-sided black metal display shelves are used to demarcate the boundary between the bedroom and the dining area. 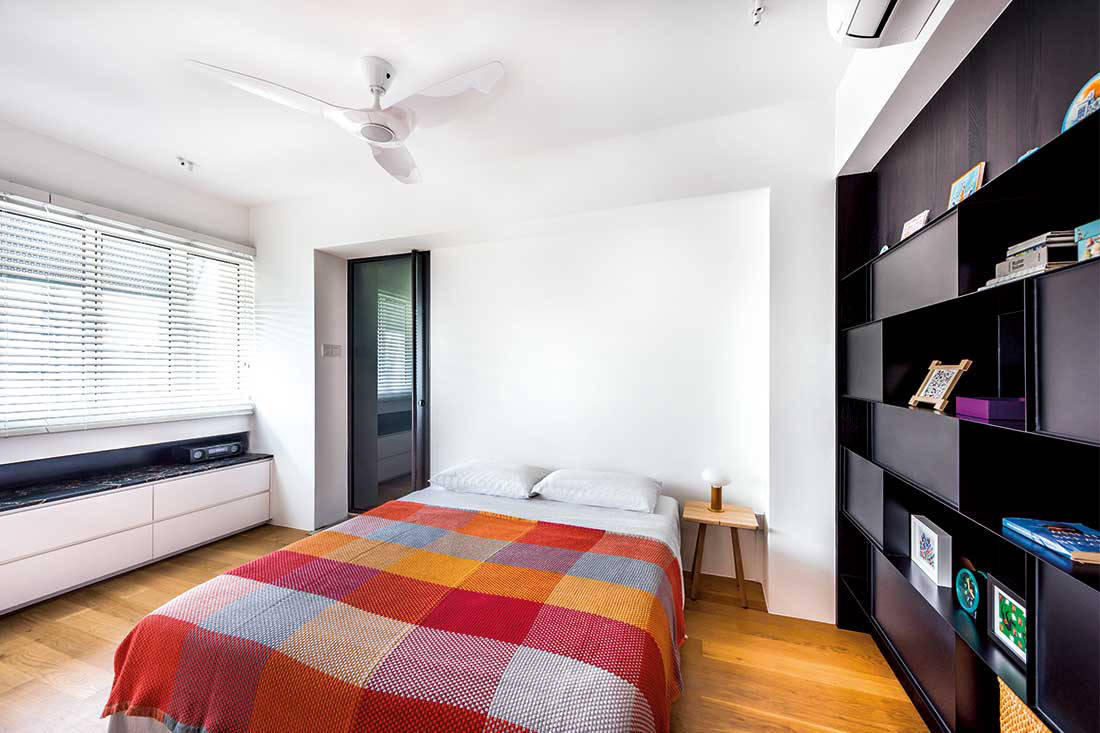 Find out more about Artistroom here