A jungle house for nature-loving types

Designed by WHBC Architects, this concrete dwelling in Kuala Lumpur’s Damansara Heights is a resourcefully crafted abode that toes the line between inside and outside.

At a glance, Kuala Lumpur homes seem to follow this mantra: the bigger, the better. Over the years, this excess-is-best approach has given way to extravagantly realised residences that focus on spectacle rather than human-centred concerns or respect for context. Happily, the trend in super-sized structures seems to have an upside, prompting renewed interest in intimate, pared-down, modernist-inspired dwellings with consideration for their immediate surroundings. Situated on a slope in the affluent suburb of Damansara Heights, the Chempenai House is one such example. For a number of reasons, this four-bedroom family home, designed by local firm WHBC Architects, is something of a diamond in the rough in a neighbourhood dominated by nouveau riche mansions and luxury condominiums. In contrast to the architecture of its more flamboyant counterparts, its stripped down concrete surfaces don’t vie for attention, and if its steep, off-the-beaten-track location is any indication, it doesn’t want to be found either. Indeed, it’s difficult not to entertain Batcave comparisons, walking up Jalan Chempenai to catch a glimpse of the half-hidden rhomboid box peeking clandestinely through a romantic blur of tropical trees and vegetation. 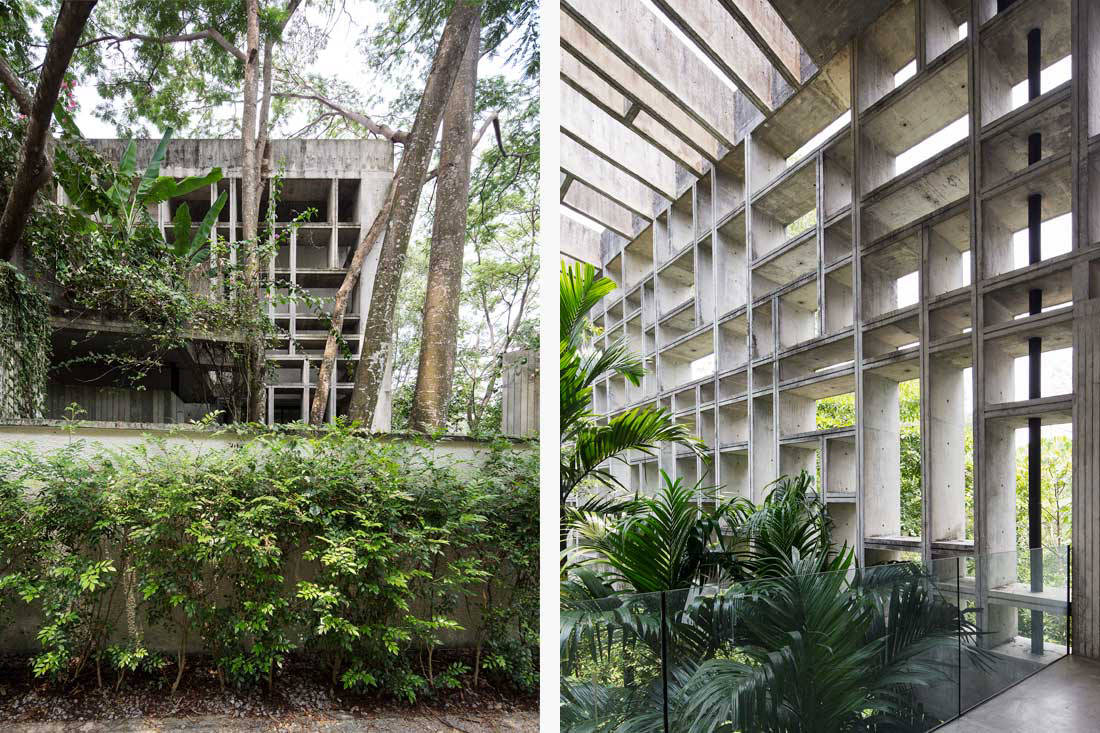 Despite being built in concrete, the house blends effortlessly into its leafy surrounds. The effect is further accentuated by the house’s most dominant design feature: an egg-crate shaped façade that was cleverly envisioned by the architects as a sun-filtering device. Given the intense tropical climate, WHBC co-founder BC Ang focused his energies on safeguarding the house from extreme heat and sunlight. “The structure naturally allows daylight to filter through but resists radiation,” says Ang. 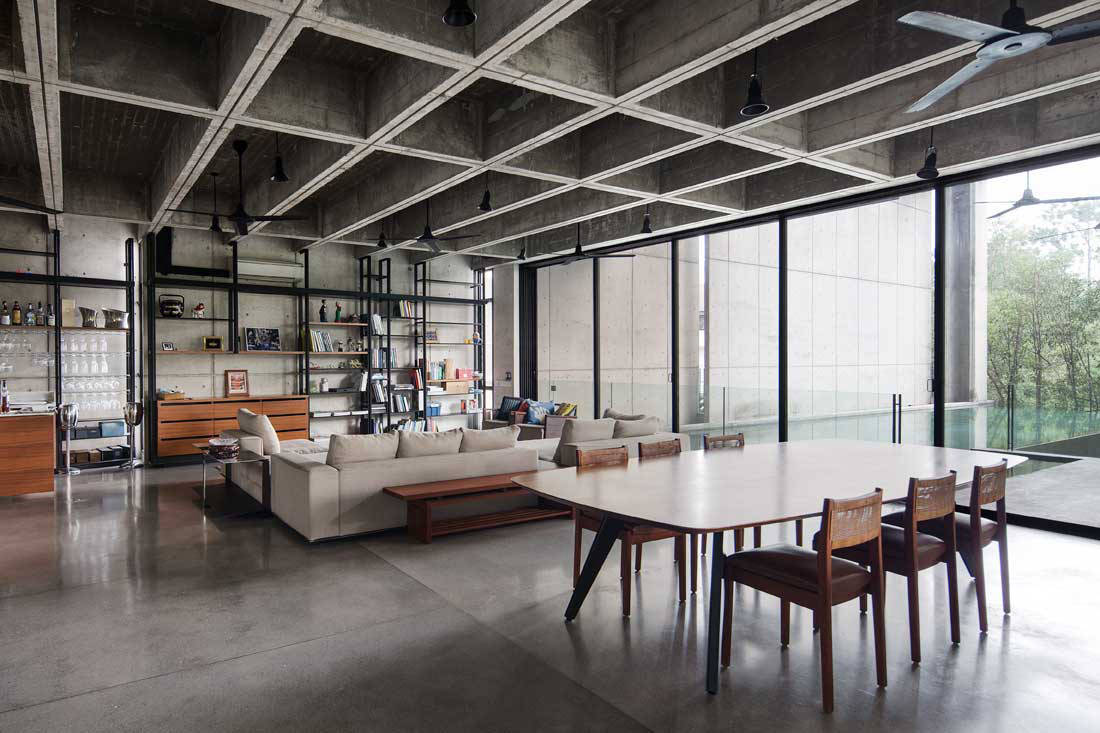 In addition, the residents get numerous opportunities to enjoy views of the lush outdoors through the house’s many openings. Ang shares too that the unusual, perforated façade allows for the existing undergrowth to unfurl over the surfaces in a consistent manner as the house is slowly reclaimed by nature over time.

The notion of a hidden sanctuary is thus brought to the fore as visual harmony is achieved through this gradual marriage of building and jungle.