If you’re shopping for landed property (or just dreaming about it), here’s what you need to know about the different housing types in this residential category.

Shophouses on Duxton Road. Terrace houses in Serangoon Gardens. Detached houses in Bukit Timah. Good Class Bungalows on Chatsworth Road. Black-and-white bungalows in Rochester Park. These are all landed residences – and it’s easy to get confused about the different types, even if you grew up in Singapore (Did you know that “bungalow” is defined in most English-speaking countries as a single-storey detached house?). Good Class Bungalow, or GCB, is the most luxurious type of landed residence.

According to URA guidelines on landed housing, GCBs must have a minimum land area (also called plot size) of 1,400sqm (15,070sqft). Built-up size is usually 10,000sqft, with space for a car porch for 3-4 cars, a swimming pool and garden. 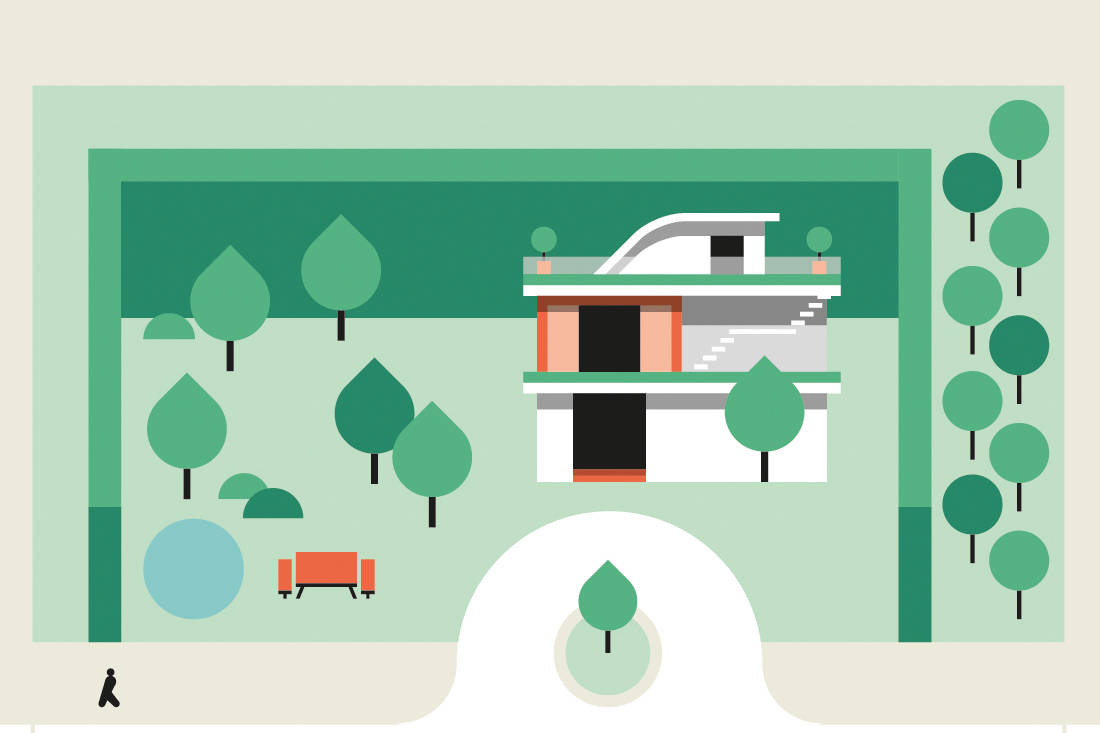 In Singapore, a detached house is commonly called a bungalow, whether it is a single-storey structure or not. Good Class Bungalows (see previous type) are generally classified as detached houses.

A detached house is a free-standing structure within the plot of land. It does not share a common wall or roof with its neighbours. Semi-detached houses are a pair of houses built side by side, sharing a common wall called a party wall. Originally they are mirror images of each other in layout and facade.

Semi-detached houses are usually called “semi-d” here. In other countries, they are identified as duplex.

Corner terrace houses are also considered semi-detached houses as they share only one party wall. Terrace houses are also called row houses or town houses. According to URA guidelines, terrace houses should be part of a row of at least three units. The middle units share party walls with their neighbours on both sides, while the corner or end terrace houses are only attached to one other neighbour. The URA further classifies terrace houses in two (technical) categories, depending on the requirement of their front setbacks from the road.

Terrace houses have a reputation for being dark and not well-ventilated because they only have windows on their narrow ends. Thus, the better terrace houses are often designed with an air well or inner courtyard. Most of the remaining Singapore shophouses are now gazetted conservation shophouses, and are required to preserve their historical exterior, whether or not they maintain shops on the ground level and residence on the upper levels.

Shophouses are also differentiated from terrace houses because of the five-foot-way fronting them.