A refined tropical vibe in this seafront apartment

A holiday home for a family based in Indonesia, this apartment’s most striking feature is a visually arresting “fresco” on the ceiling in the lounge, which mirrors the tropical vibes of the beach in a modern, refined way.

The Seafront Apartment in East Coast was designed by UPSTAIRS_ and built by IN-EXPAT. Taking their client’s brief to create a “resort-themed” home away from home, the designers from UPSTAIRS_ went a step further. “We deliberately eschewed the typical “Balinese” or “rustic” format of resort aesthetics, and conceived The Seafront Apartment as a contemporary reinterpretation of the local vernacular” says Dennis Cheok of UPSTAIRS_. 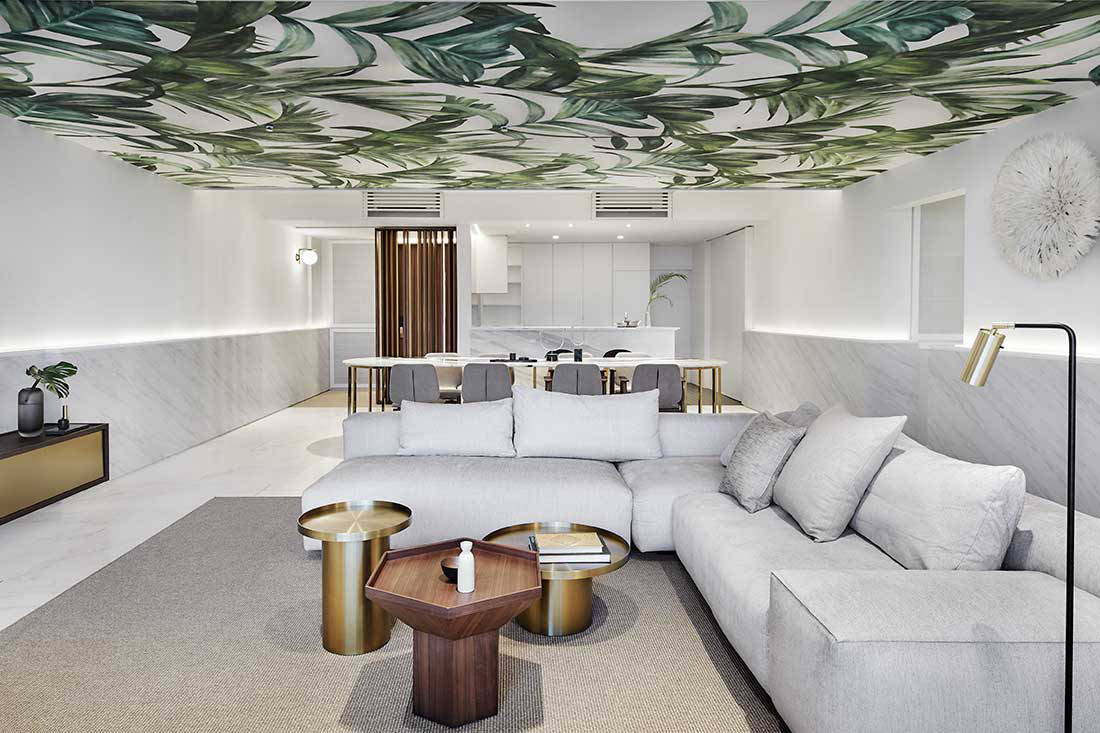 The look is composed of a mix of natural materials, such as marble, walnut-stained timber, sisal and woven rattan; a variety of geometric glazed tiles; and linen wall coverings. The most striking element, however, is the custom-designed tropical-inspired wallpaper with a verdant foliage print on the dropped ceiling that unifies the entire lounge area. Originally, there was an obtrusive 60cm beam running across the ceiling and dividing the living and dining spaces awkwardly. So this new dropped ceiling feature beautifully disguises the eyesore. An internal wall was demolished to open the kitchen and make it part of the main lounge, together with the dining and living zones. “Our design manoeuvres were focussed on making good of, and clarifying the existing architecture,” adds Dennis. 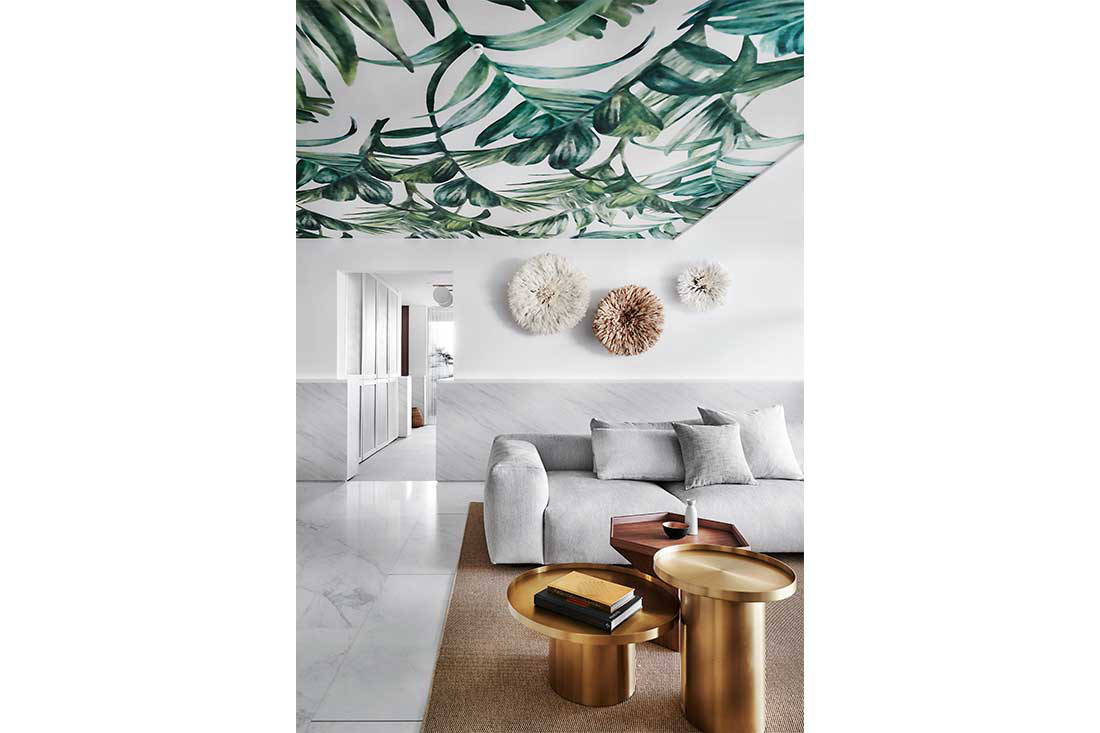 For an additional touch of drama in the living area, the designers used feathered headdresses as wall-hung decor accents above the sofa. Their neutral hues complement the subtle textures of the sisal rug beneath. The furniture selection was also carefully considered. As this apartment is nostalgic to the client, having grown up in this very home in the ‘80s, UPSTAIRS_ referenced this and chose a series of mid-century modern-inspired furniture pieces from the likes of homegrown brand Jotter Goods. 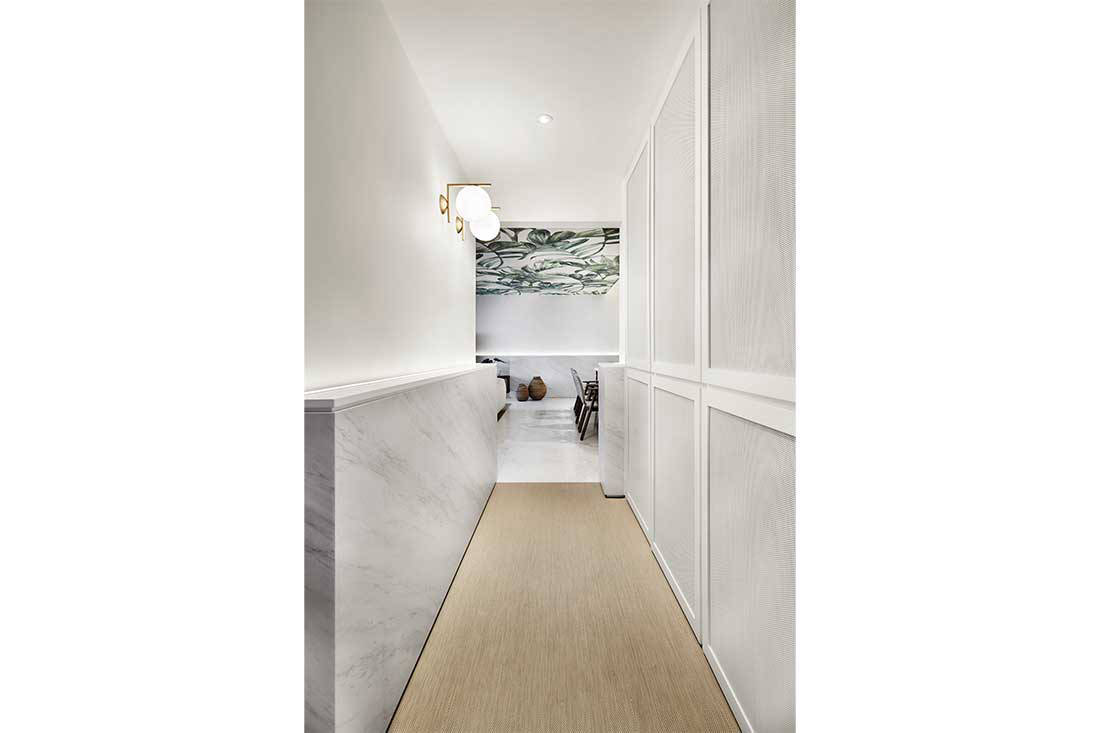 Materials chosen play a huge role in the layered tactility of the interiors. A departure from the coolness of the stone flooring in the lounge, rattan-weave floor coverings were introduced in the corridor and the private spaces it leads to. 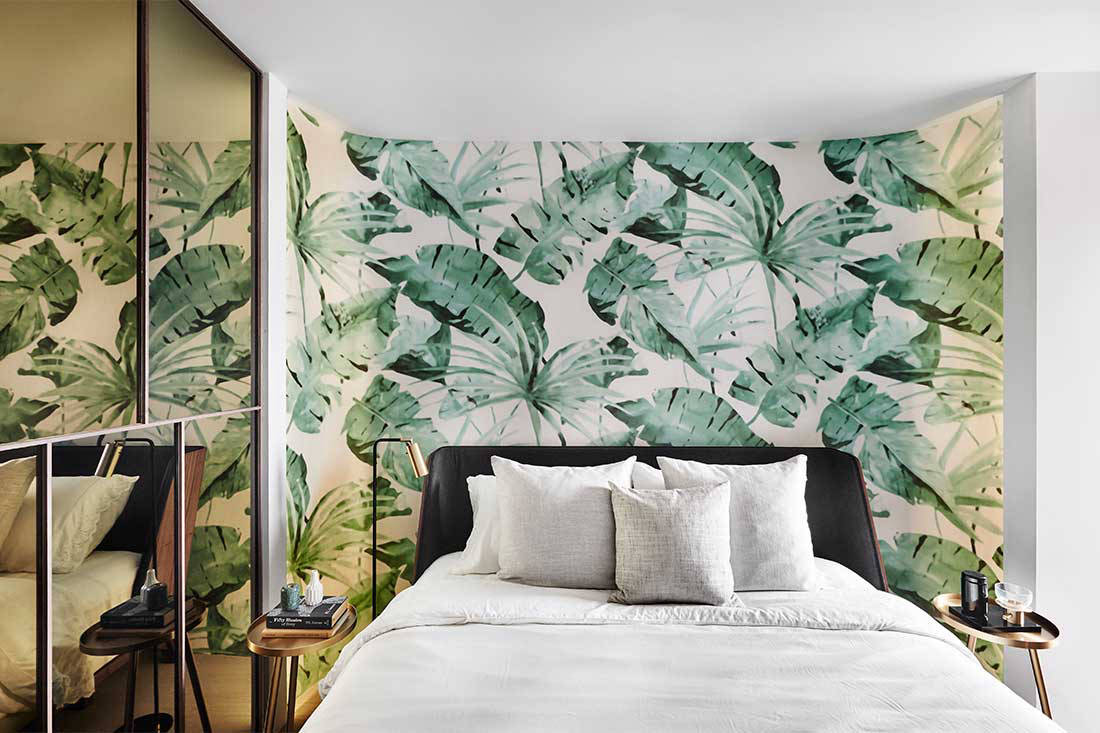 The master bedroom underwent reconfiguration. “We reoriented the bed and created a walk-in closet that is separated from the sleeping area,” explains Dennis. Graphic foliage wallpaper makes another appearance here, backdropping the sleeping area and imbuing it with a calming yet refreshing vibe. 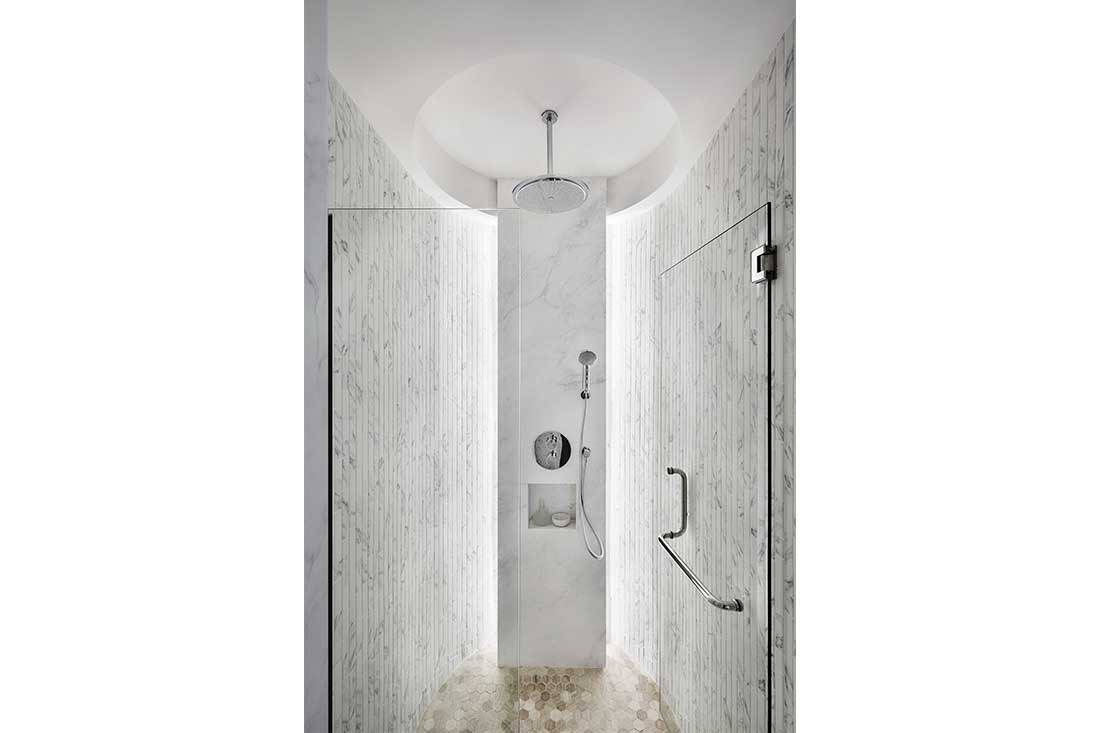 A unique feature of the home is its pre-existing curved walls in the master bathroom. The designers saw the opportunity to create a sanctuary-like shower area, and illuminated the defining curves by using concealed lighting. They also took their cue from the curved structures to introduce more soft curves throughout the home. 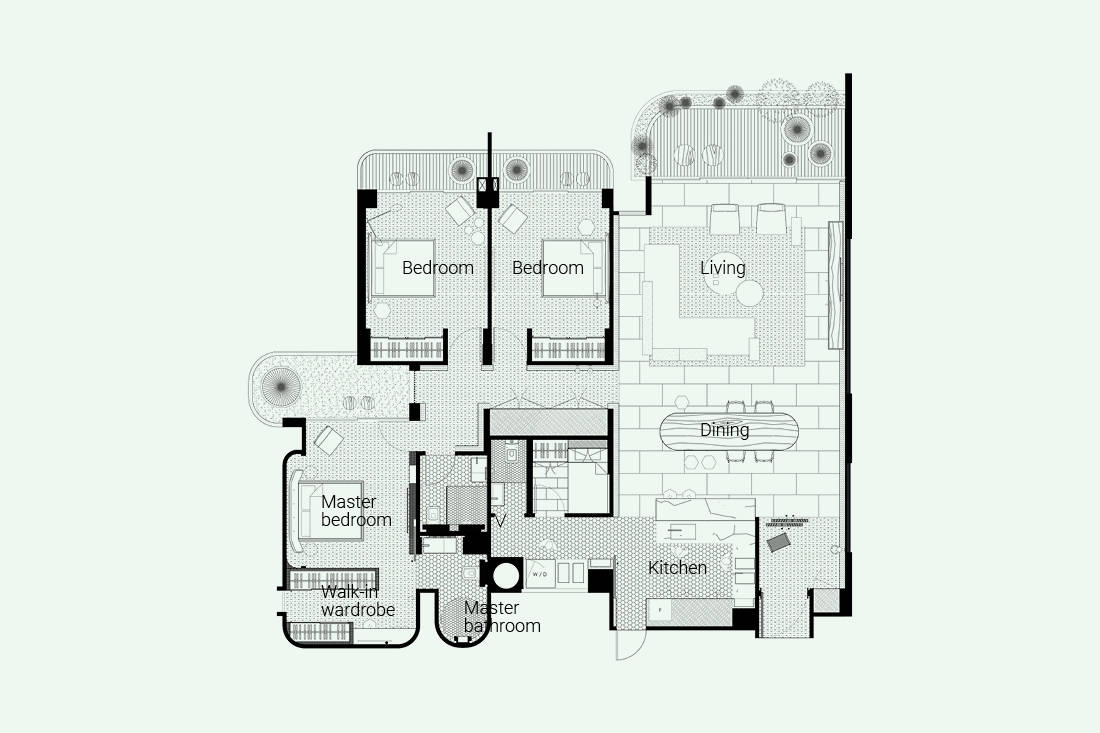