Flat with a five-metre-long dining table

Despite this resale HDB flat’s long and linear layout, the homeowners have managed to create their dream home with a flexible living plan.

When Brandon and Cheryl Lim bought this three-room resale flat along Mountbatten Road, they decided to take on the role of interior designer, as well. The renovation journey is often not as smooth sailing as expected, but being practising architects, the couple managed to transform the old flat’s limitations into standout design features. 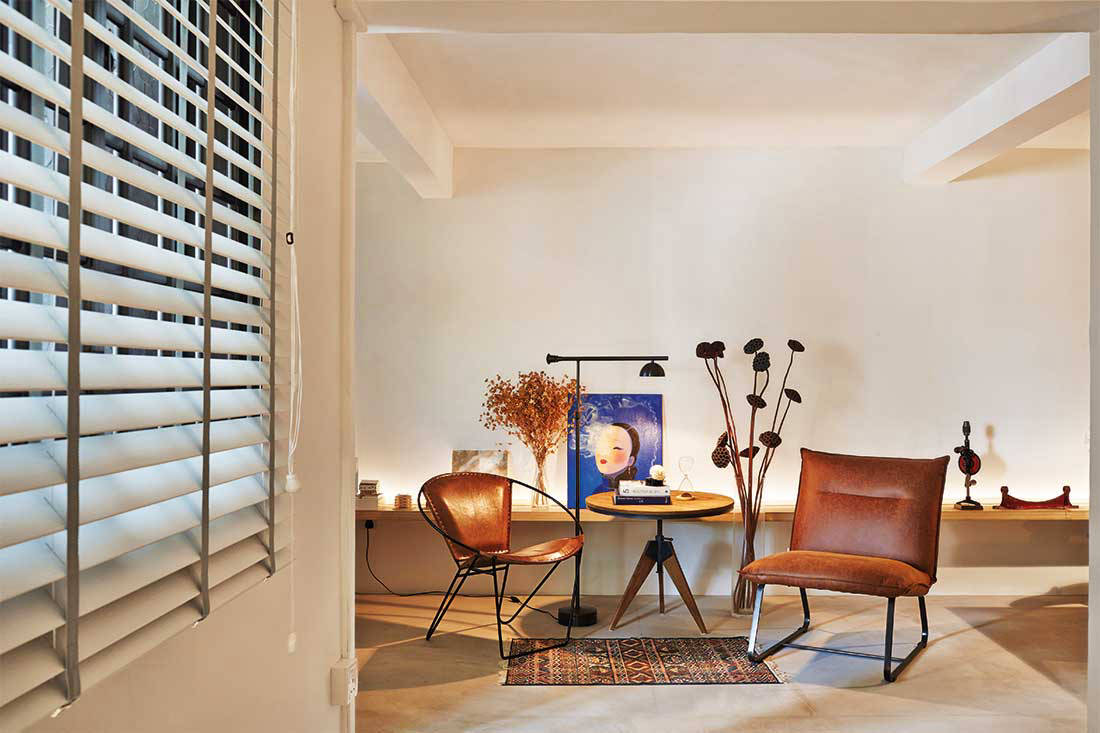 The biggest challenge, Brandon points out, was the long and linear layout of the HDB flat. “We really studied the floor plan of the home and tried to come up with something that we felt was a natural fit. Ultimately, the design is based on how we use this home, and also, how to bring out the character of the place.”

In this corridor-facing flat, natural light and ventilation only comes from small windows in the living room and kitchen. This leaves the central portions of the home relatively darker. Brandon says: “We didn’t want to leave the living room windows open all the time because they face the common corridor and there’s a lack of privacy. We pondered on it for quite some time, but finally, we decided to design the home around this problem.” 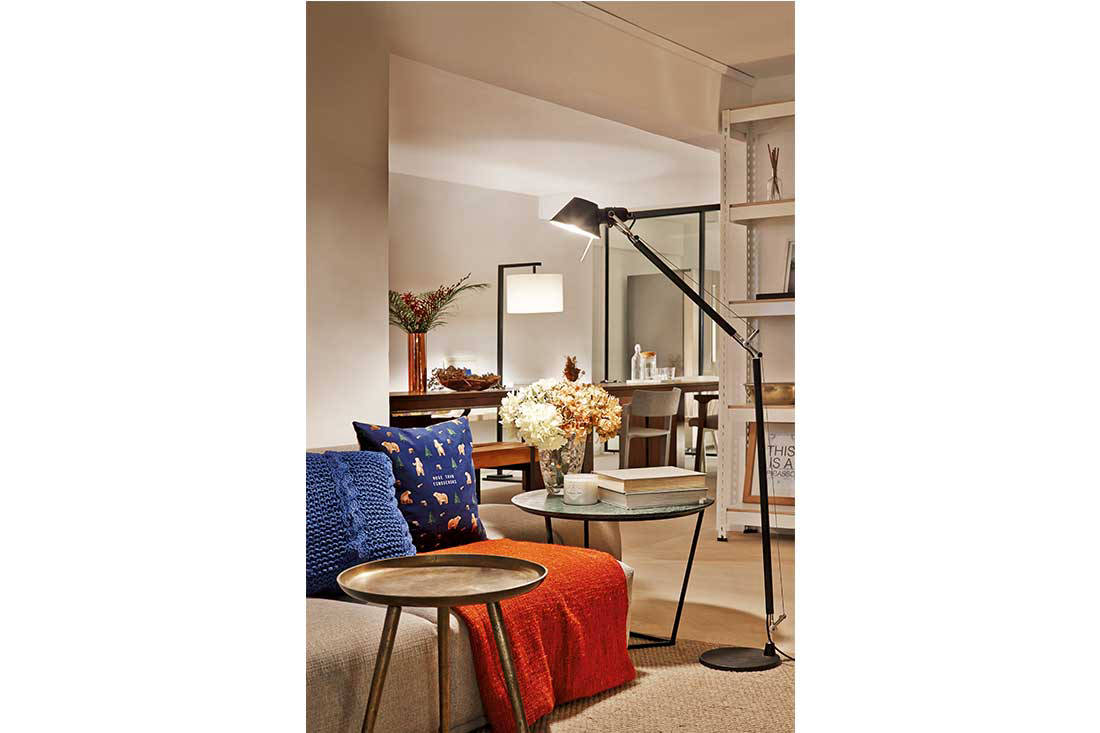 The first step was to completely gut the space. Brandon and Cheryl tore down walls, ripped out built-in furniture, removed the cornices and screeded over the existing tiles.

Now, the living room, dining area and kitchen sit on a single plane. Instead of shying away from the home’s linear design, the couple embraced its inherent layout and allowed each of the three communal spaces to flow seamlessly from one zone to the next. 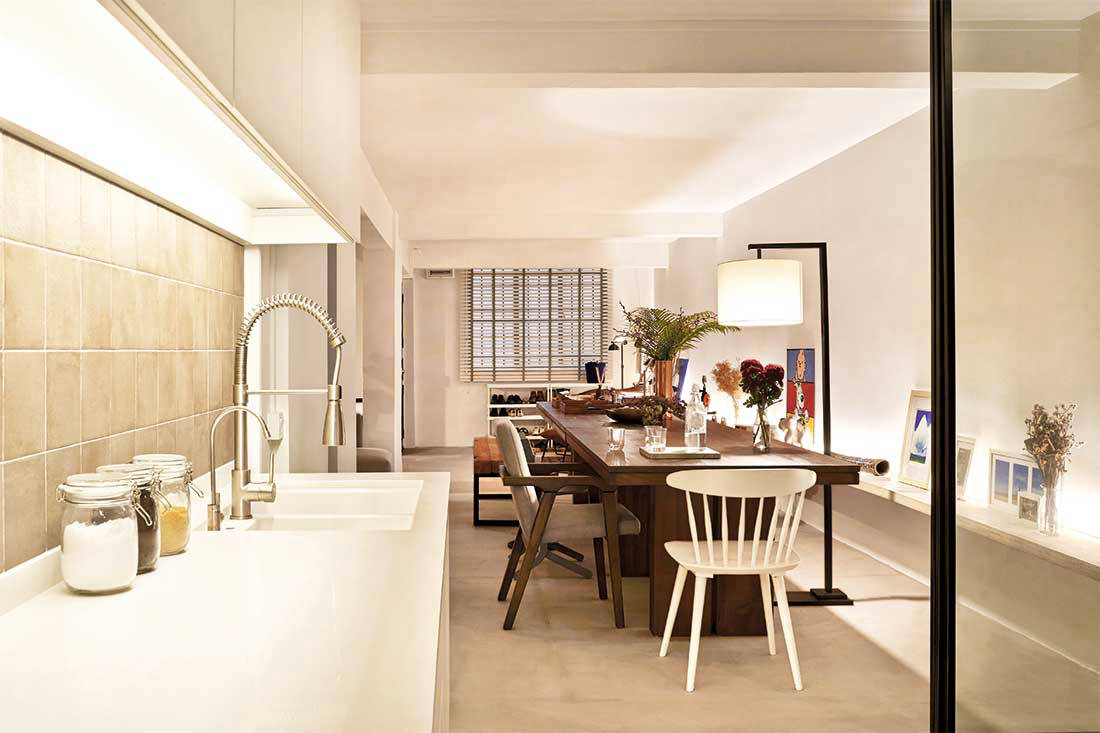 Visually linking these spaces is the five-metre-long extendable table. It’s large enough to fit at least 20 people at one go, a must-have for the gregarious couple who entertains regularly. “Initially we wanted to customise a table that could fit exactly into this space, but we were concerned about how it would be transported. So instead, we bought two tables that can connect to each other. It’s more flexible and we can shift it around if we want to,” says Cheryl.

Not only does this oversized table visually anchor the home, it’s also a functional addition for Brandon and Cheryl. “Because the large table ‘reaches’ into different areas of the home, we tend to use different sections of it for different purposes. For dining, we sit at the portion adjacent to the kitchen; and for working, the area next to the bookshelves,” says Cheryl. 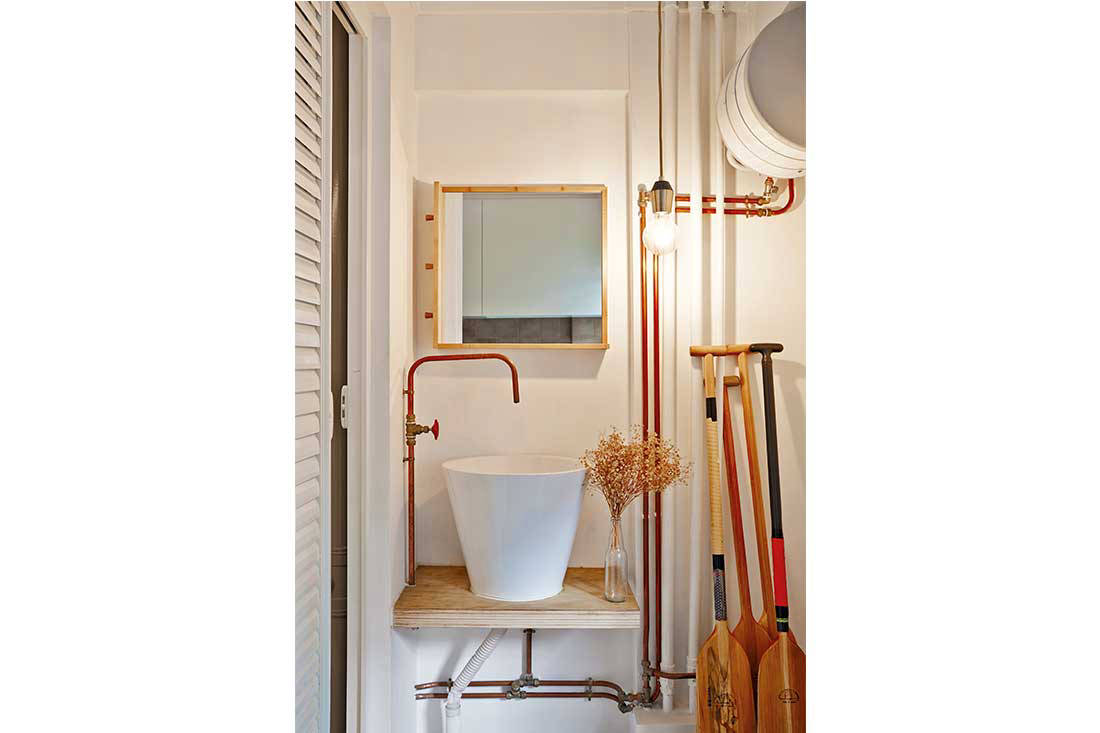 In the bedroom, the couple expanded the room to accommodate a larger wardrobe. The biggest change however, is to the en-suite bathroom. Brandon and Cheryl decided on an open concept that merges the bedroom with the bathroom, separated only by sliding glass doors. “It’s actually a practical decision,” Cheryl explains. “It helps to brighten and ventilate both rooms, besides making the space look bigger.” 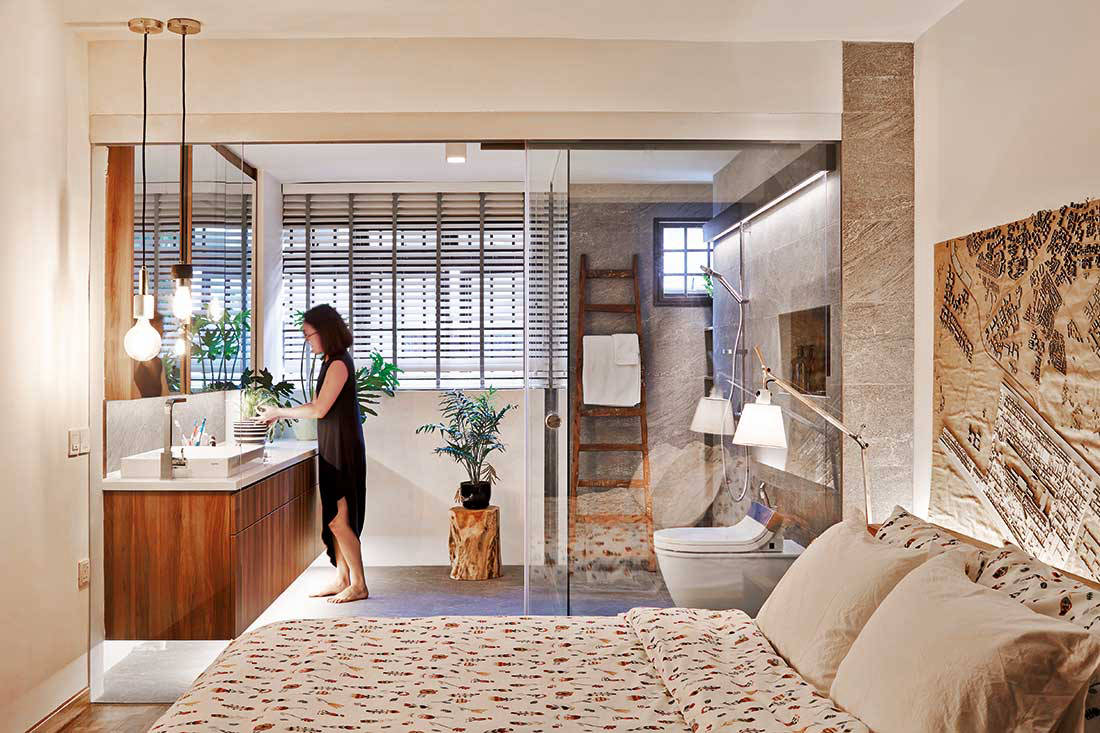 “If you notice, we used neutral colours and natural materials throughout the entire home,” Cheryl points out. “But we never really had a specific idea in mind when we started out, and simply went with what we like. But now, I guess it’s evident that we wanted a palette that’s organic and natural.” And its look also sets the tone for the home’s character. “It’s a series of informal spaces that can grow and evolve with us through the years,” Brandon says with a smile. 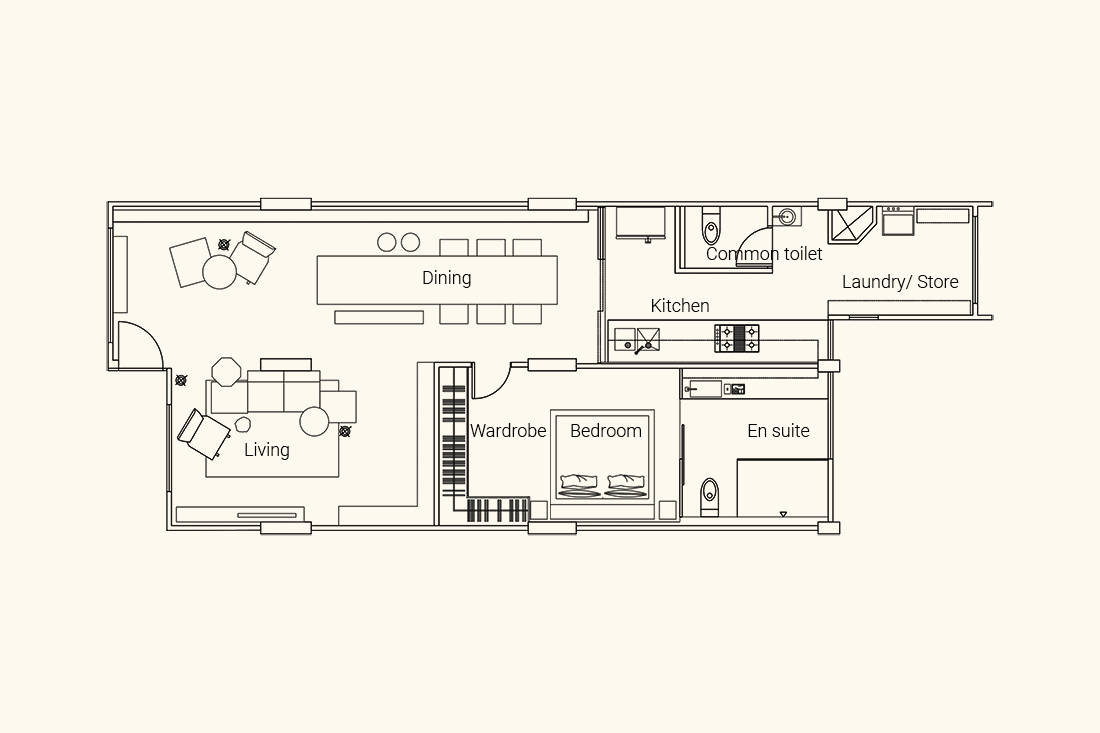 This article first appeared in Lookbox Living magazine issue 54. For this and more stories, grab a copy at your favourite newsstand today!