An Australian warehouse home with a rich past

A spacious Annandale warehouse residence has a rich history of past inhabitants and uses, each of which has informed the space as it stands today.

When the time comes to let go of the past, solace can be found knowing you’re making way for the future. And that’s certainly the light in which TV producers Julian and Sarah choose to view things. This warehouse in Sydney’s inner west suburb of Annandale – one that belies a spacious four bedrooms, open plan kitchen–dining–living area and internal courtyard in an area known for compact terraces – once belonged to Julian’s father, Frederick Cress. When the English-born, celebrated and Archibald prize-winning artist passed in 2009, Julian inherited that space. 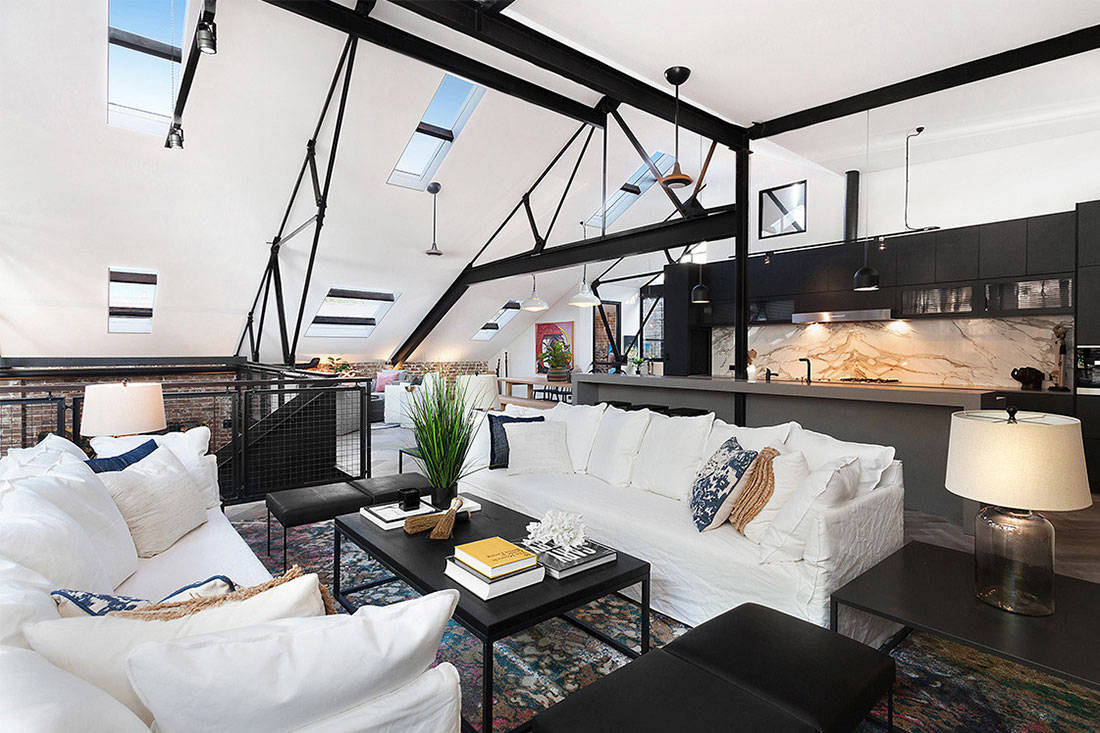 Once an artist’s studio, the space was soon transformed into a family home. But it was important to Julian that the space kept true to its history – an industrial site turned artist’s studio – whilst embracing its new life as family home designed to last generations onwards. 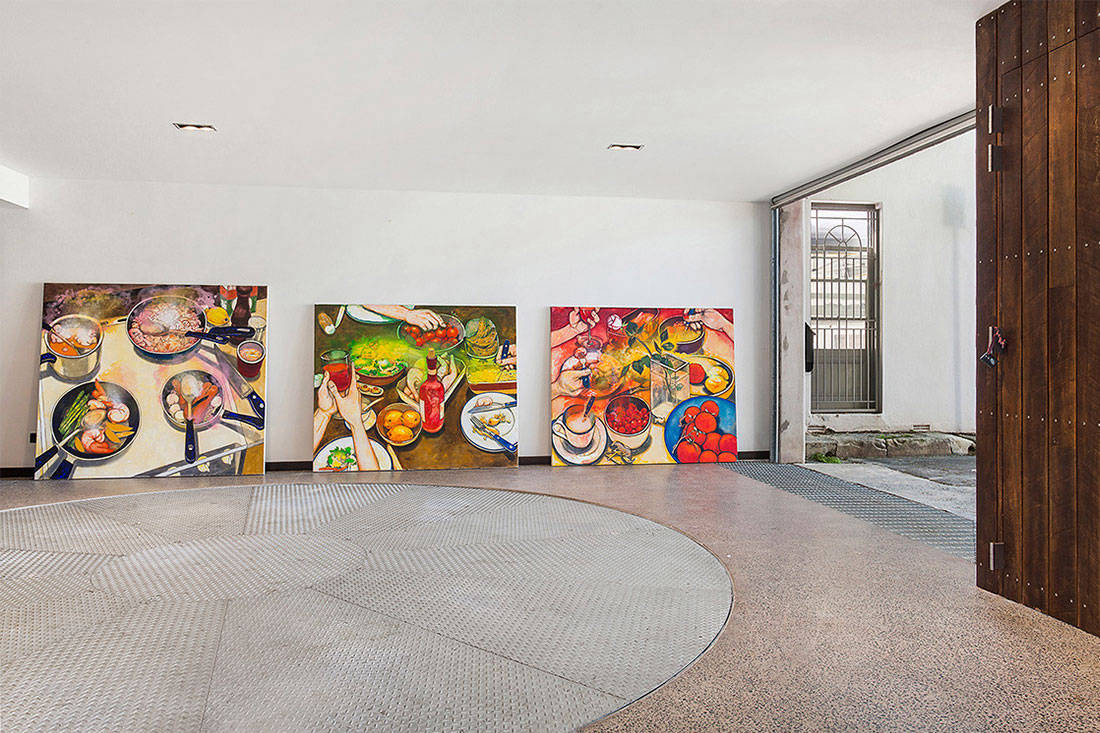 There were some non-negotiables for the space: the four bedrooms were in anticipation the two kids the couple now parent. A carefully considered kitchen facilitates sociability amongst the family during mealtimes, as well as more formal entertaining. Getting natural light into the building was also an important factor, though not necessarily the most straight forward to achieve: “Starting from scratch we looked and the light and where the sun comes from,” says Sarah. “Getting natural light into an old building can be a design challenge. A light-well and internal courtyard was the key.” 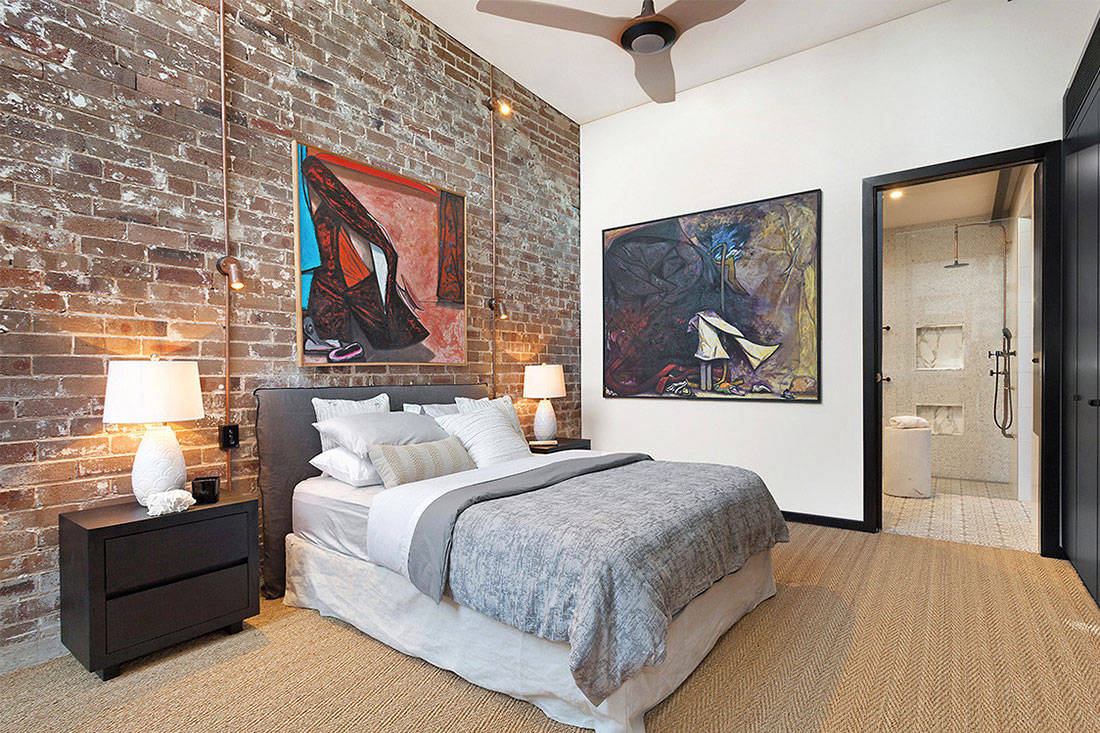 Obstacles during the refurbishment were met with a positive attitude and transformed into features. Old painted brickwork was stripped back to instead highlight the raw brickwork typically associated with industrial warehouses. Likewise, an abundance of exposed steel truss roof frames were painted black and assimilated into the overall design aesthetic. “Where we found issues, we made them a feature,” says Sarah. 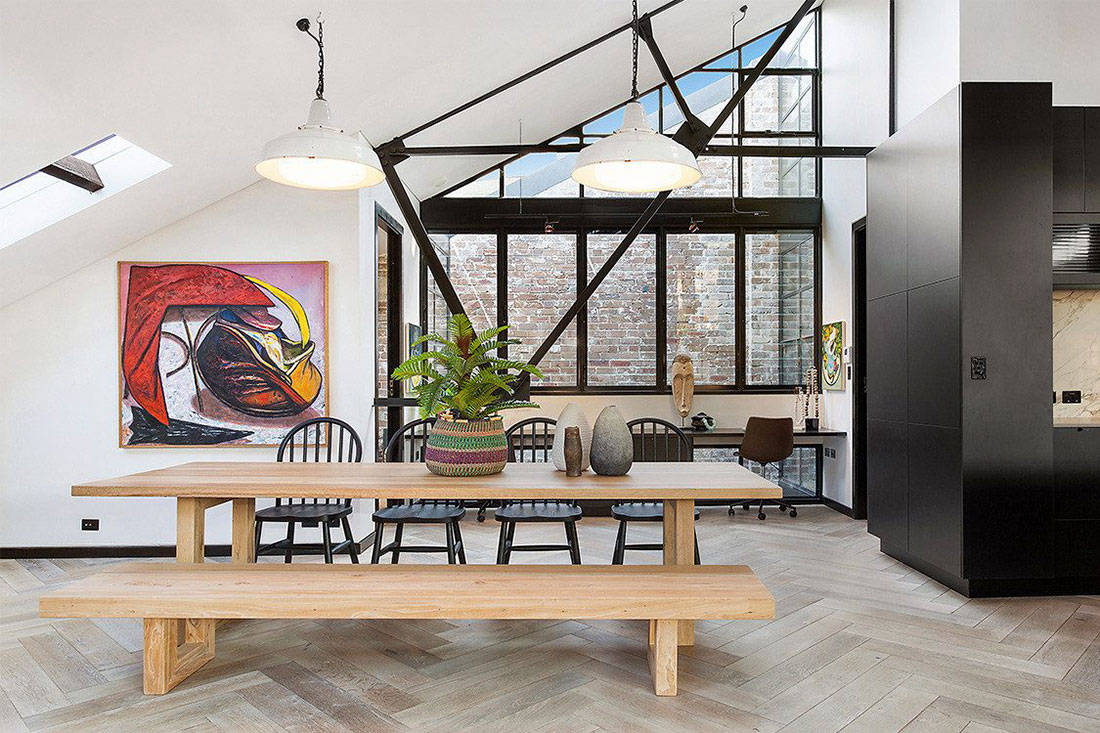 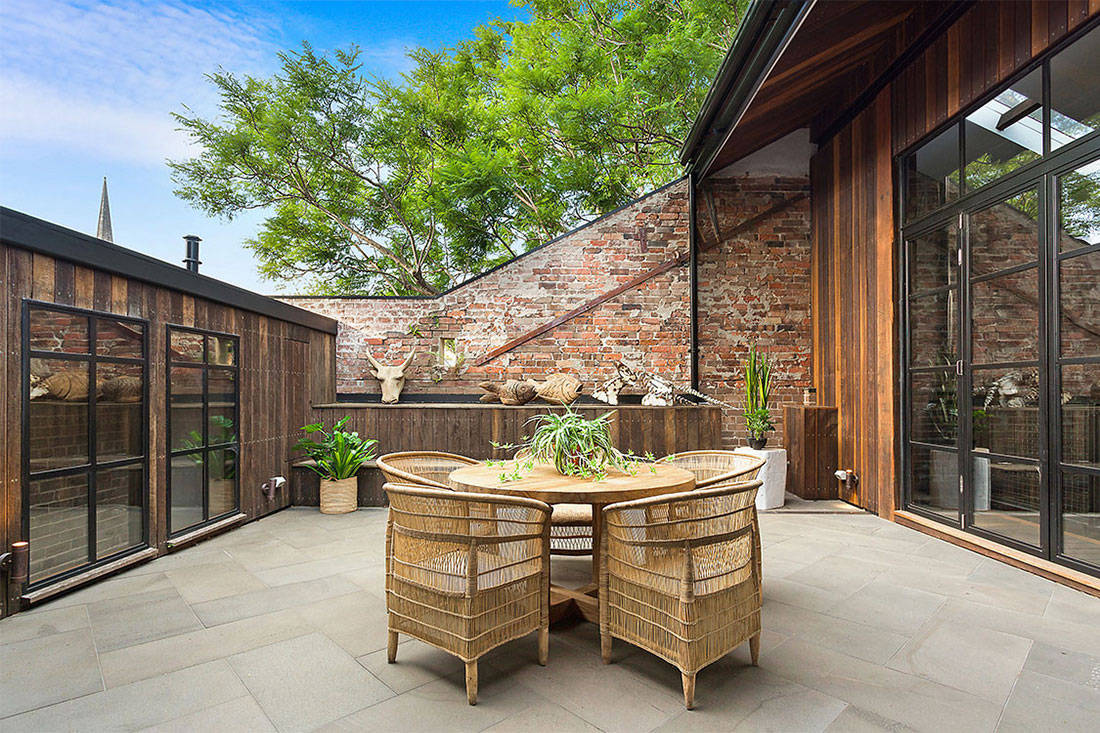 Now, as was the case nearly a decade ago when Julian and Sarah first inherited and moved into the space, the time has come once again to continue onwards. Work commitments have drawn the duo to Melbourne at increasing frequency and duration, with their young children nearing the age of school; they’ve made the decision to move to Australia’s culture capitol on a permanent basis. 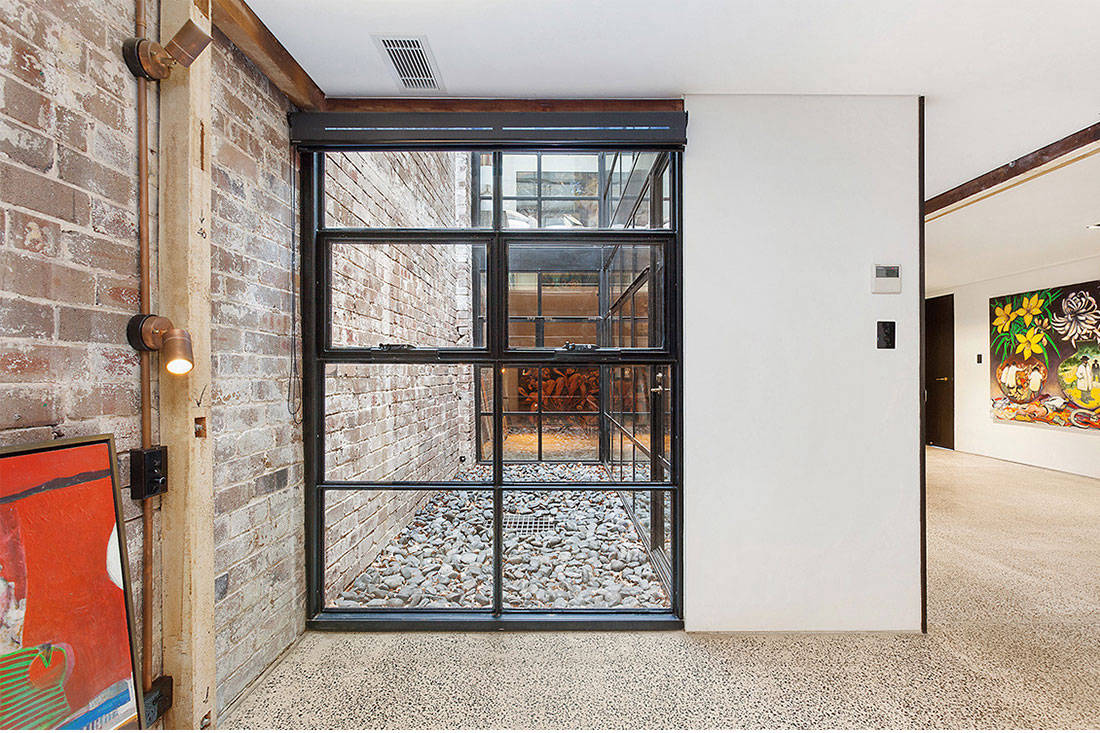 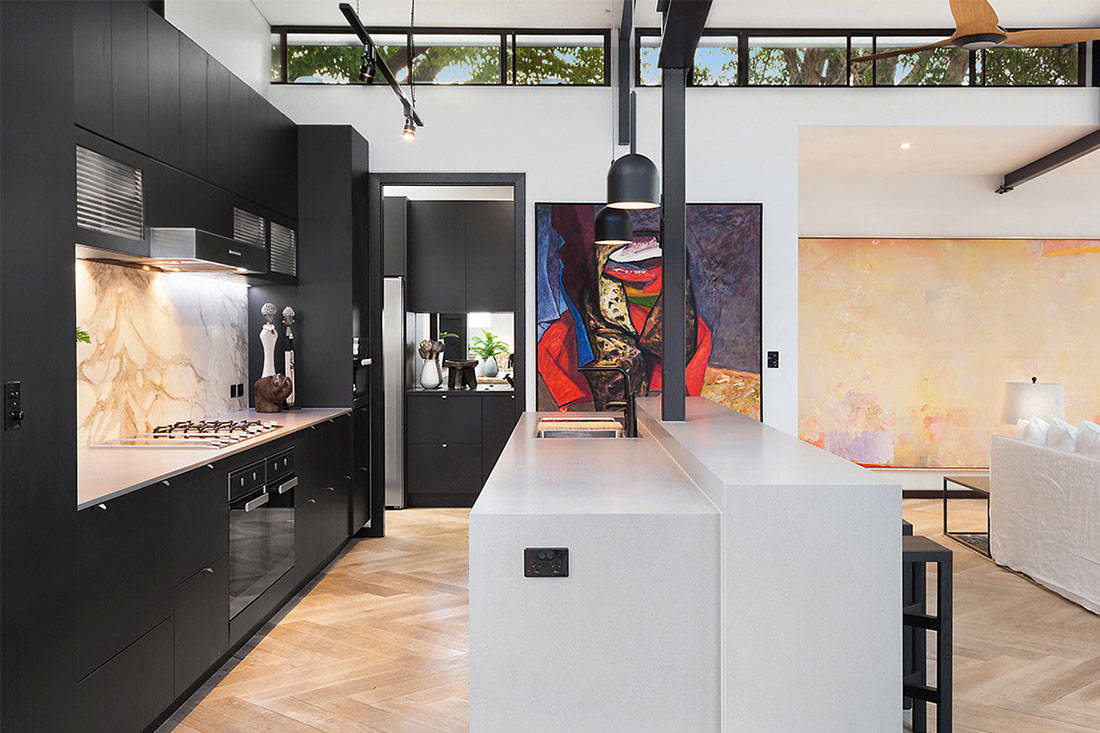 “The property is unique, and adaptable, and waiting for the next occupants to enjoy it,” says Sarah, sad to say goodbye but taking it in stride. 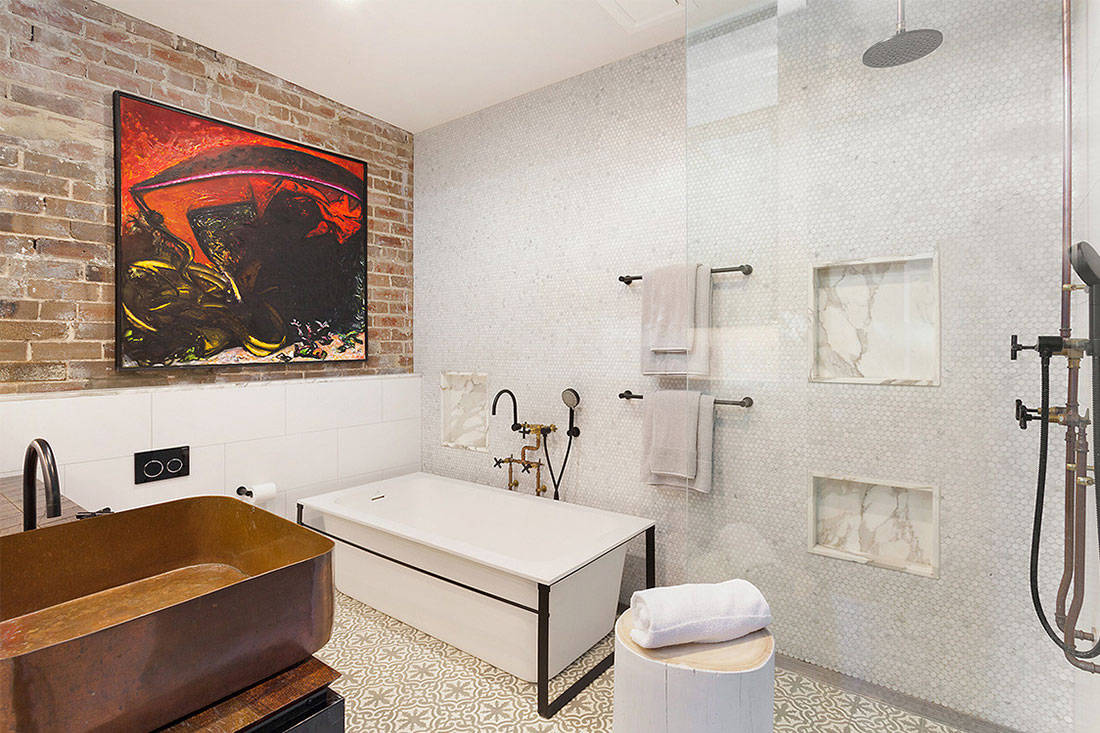