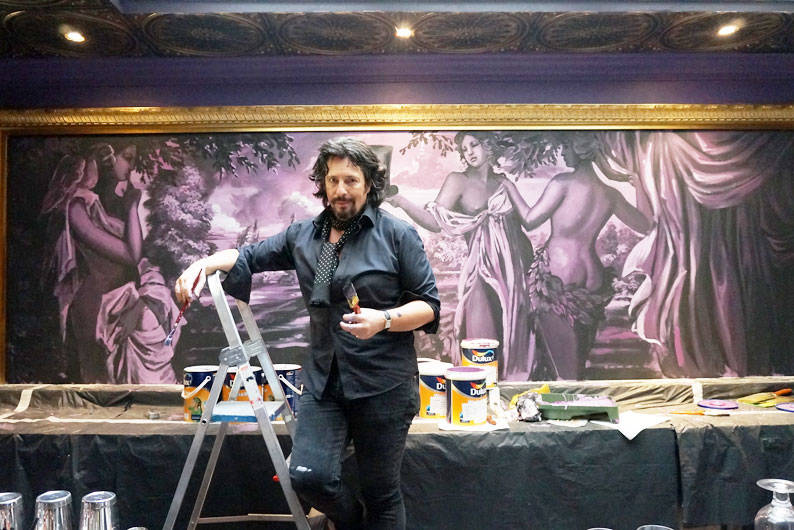 British interior designer and judge for reality TV show The Apartment, Laurence Llewelyn-Bowen, left his mark at high-end cocktail lounge House of Dandy. Laurence’s flamboyant style can be seen in the 6-metre by 2-metre mural that lines the wall behind the bar counter. The TV personality flexed his creative muscles by designing, drawing and hand painting the mural.

For the mural, Dulux provided Laurence with colours from the purple palette. The designer handpicked three shades, namely Harmonious Purple, Fairy Dust and Point d’Esprit. These paints are part of the Dulux Wash & Wear range.

Laurence spent the entire day working on the mural at House of Dandy, and named it ‘Et In Cocktail Ego’, notably taking inspiration from neoclassical painting ‘Et In Arcadia Ego’ by Nicolas Poussin.

Catch Laurence on the fourth season of The Apartment: Celebrity Edition on Starworld.