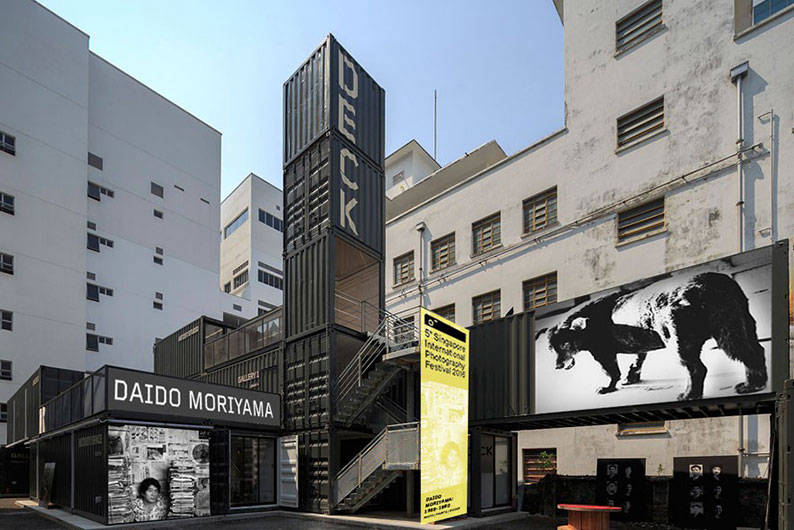 Returning for its fifth edition, the Singapore International Photography Festival (SIPF) has come a long way since its inception in 2008. It continues to run as a platform for aspiring and professional photographers or admirers of the diverse visual art.

The theme this year, The Archive, explores photography as a medium for the documentation of events, occasions, people and personal memories, in large part attributed to the advancement of smart phones, which has brought the medium into people’s everyday lives. From showcasing analog photography to surreal imagery and spontaneous selfies, the festival hopes to inspire discourse on the changing role of the diverse medium.

Viewers are invited to immerse in the world of photography and contemplate its power to inspire, empower and delight. Here are the highlights of SIPF 2016: Lauded as the “father of street photography,” celebrated Japanese photography Daido Moriyama is known for his black and white stills that capture a different side of urban life. Daido Moriyama: Prints & Books from 1960s – 1980s zooms in on the period of social unrest, protest and rapid growth during post-war Japan, featuring wallpaper installations, original prints, photo books and never-before-seen works from his 1972 series, Hunter.

Held at DECK, the exhibition is a rare opportunity for visitors to gain an up-close study of the 77-year-old photographer’s signature grainy and out-of-focus visuals.

A Room with a View SIPF will also host the winning proposal of its inaugural Curatorial Showcase – following an earlier call to curators to submit their ideas for a photographic exhibition. The winning proposal, A Room with a View, is curated by Carol Chow Pui Ha, a lecturer at the School of Journalism and Communication, the Chinese University of Hong Kong.

Comprising works by six female Hong Kong-based artists, the exhibition explores the ‘aesthetics of disappearance’, inspired by Ackbar Abbas’ book, Hong Kong: Culture and the Politics of Disappearance (1997), in which he wrote how “buildings and spaces in Hong Kong have come to signify what no longer exists.” Through photography, video and installation, A Room with a View ponders the notion of vanishing identities and spaces – similar scenarios experienced by Singaporeans.

A Room with a View will be exhibited from 20 August to 16 October 2016 at the Institute of Contemporary Arts Singapore at LASALLE College of the Arts, Prinsep Street. Free admission.

Witness: The Archive of Cultural Revolution In the ’60s, photojournalist Li Zhensheng spent his youth documenting the Cultural Revolution in China. He wore two hats, acting as an official photographer for the Red Guard, as well as an independent photographer of his own rebel group. When his colleagues were forced to destroy their negatives, Li hid his work under the floorboard of his house. The negatives were only dug out and revealed to the world three decades later during the late ’90s.

Witness: The Archive of Cultural Revolution will showcase 107 works that evidence the socio-political upheaval in China from 1966 to 1976 under Mao Zedong’s ruling, interspersed with Li’s intimate documentations of his youth during times of uncertainty.

Witness: The Archive of Cultural Revolution will take place from 10 September to 29 October 2016 at The Arts House Singapore. Free Admission. Roger Ballen’s Menagerie is a theatrical and whimsical exploration of encounters between humans and animals. The surreal visuals, spanning three decades of the influential photographer’s works, will be showcased at Gillman Barracks. Marrying mediums of photography, videography and drawing, Ballen invites viewers to dive into their imaginations to consider “the human condition and its creative potential.”

Roger Ballen’s Menagerie will be exhibited from 20 September to 16 October 2016 at Gillman Barracks, Block 9 #03-21. Free admission.

The Archive as Conversation Presented in eight containers at the Open Plaza of the National Library Building, The Archive as Conversation revisits old photo studio images, installations, photo prints, videos and conceptual narratives by nine artists to continue the dialogue on new and old mediums.

One of the narratives, The Dutronquoy Albums, curated by Singaporean artist Robert Zhao, comprises images of Singapore through the eyes of a traveller called Brad Dutronquoy, who visited Singapore with the same itinerary every year between 1942 to 1995.

The Archive as Conversation will be exhibited from 6 October to 13 November 2016 at the Open Plaza of the National Library Building. Free admission. Apart from the above exhibitions, visitors can also look forward to the SIPF Open Call Showcase, a platform that showcases exceptional works from around the world. Hailing from 18 countries, 40 portfolios, selected for the technicality, originality and the artists’ unique ability to depict story-telling through photography, will be exhibited across six Downtown Line MRT stations, Alliance Française de Singapour, and the National Library Building.

Other programmes include public talks by publisher Gerhard Steidl; Ingo Taubhorn, Chief Curator at the House of Photography/Deichtorhallen Hamburg; and presentations by Magnum Photographers. There will also be entry-level and professional photography-related workshops.

The 5th Singapore International Photography Festival will take place from 19 August to 13 November 2016 across multiple venues.

A version of this article first appeared on Habitus Living Singapore.