Sick of the tacky red packets you’ve seen every year? These modish ang baos will make anyone appreciate them as much as the cash inside.

You may have started spring-cleaning and decorating your home, but have you prepared red packets for the singletons in your family, as well as for the little kids? If not, it’s time to go to your bank and get crisp, new bill and put them in beautiful ang baos. And let’s be honest, the ones from Chinatown are not the prettiest. Thankfully, many brands and designers have come up with unique designs that you can be proud to give to your loved ones. From traditional to minimalist, and classy to whimsical, here are 10 we absolutely adore! 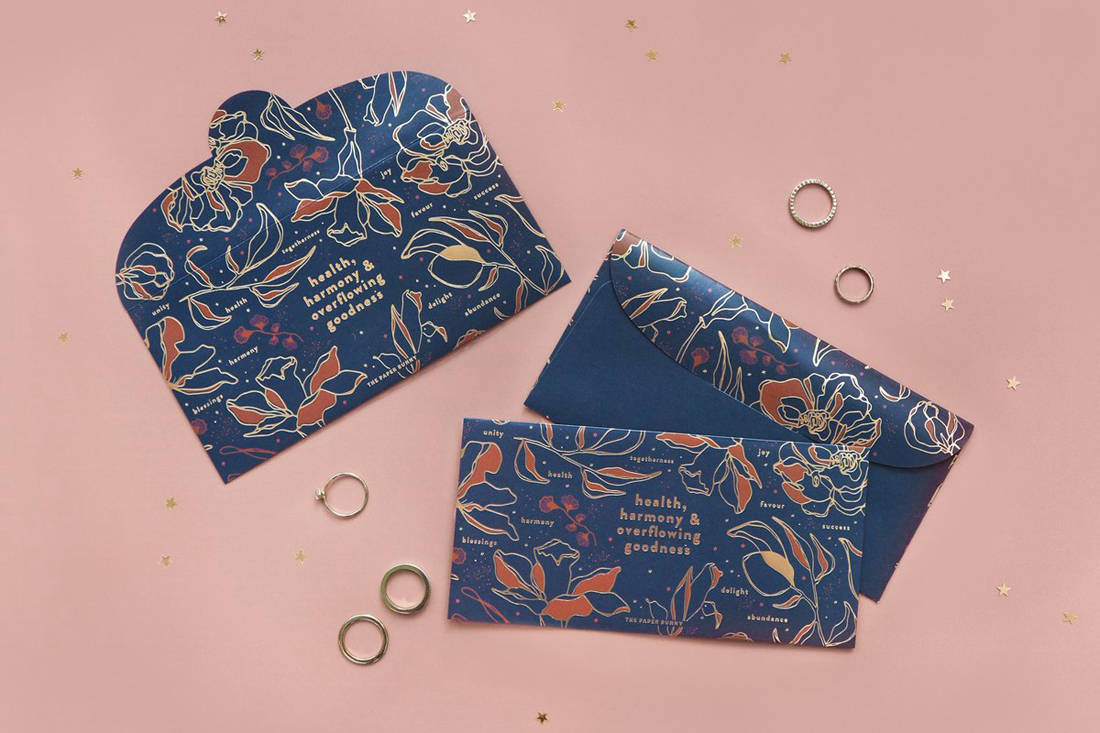 It’s a custom to say well wishes to your family and relatives when giving a red packets. But if you’re not quite sure what to say, this red packet by The Paper Bunny has got you covered. The envelope itself is made from FSC-certified paper (70% recycled) but the pretty flowers and lettering feature gold foil detailing. It comes in a set of eight for S$5. Get it here. 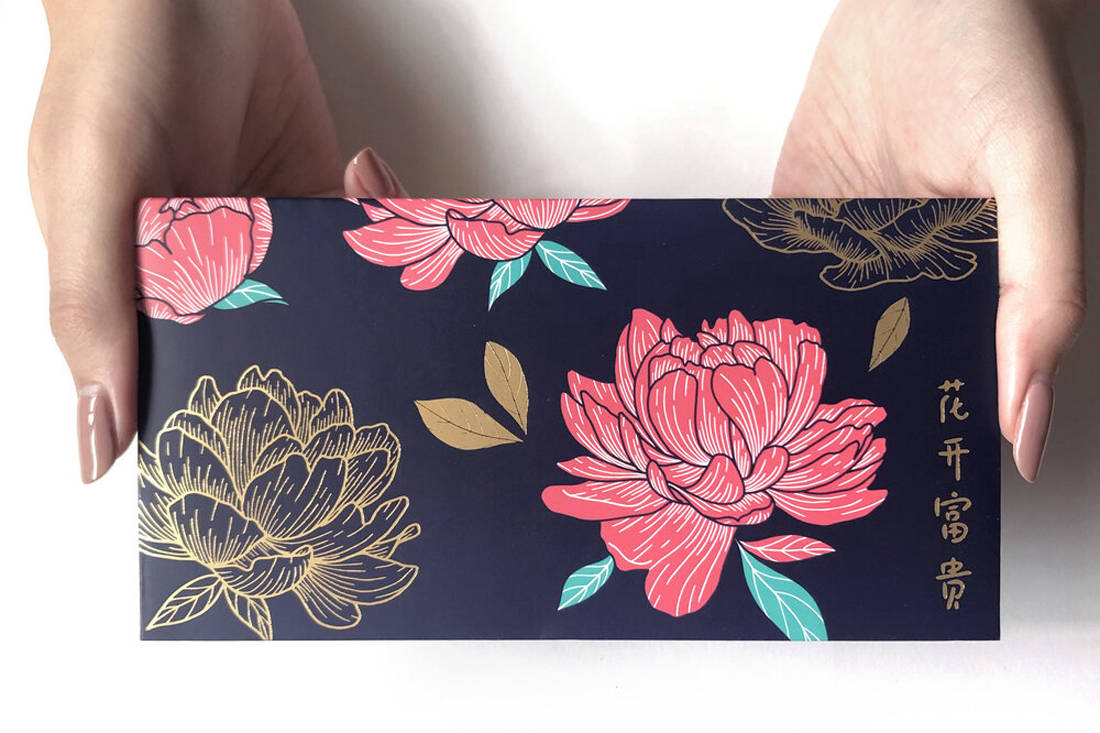 Dark coloured red packet? What will the old folks say? This one by Papercranes Design is perfectly fine though as it features pink and gold peony blooms, which symbolise joy and prosperity, and embellished with Chinese words that translates to wealth and prosperity. It comes in a set of 8 for $12. Get it at Naiise. 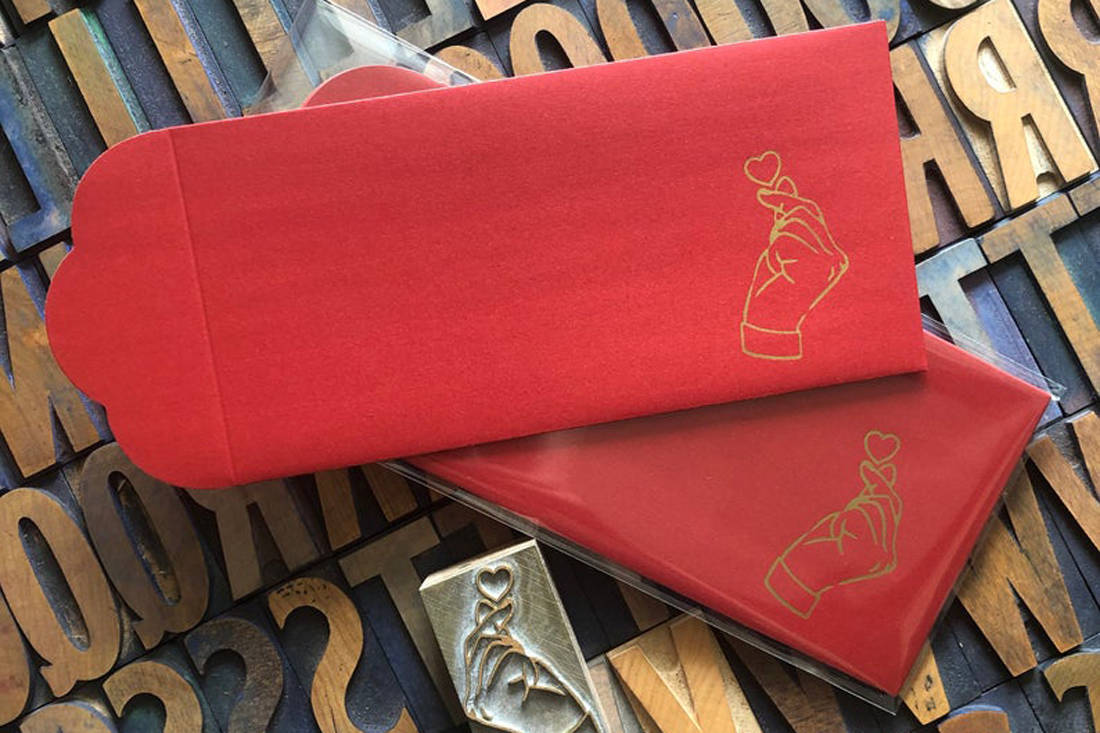 Popularised by K-dramas and K-pop, fans would know what this hand sign means – love. So it’s only fitting that we give love in the form of cash to our loved ones. Get this red packet by Typesettingsg here. 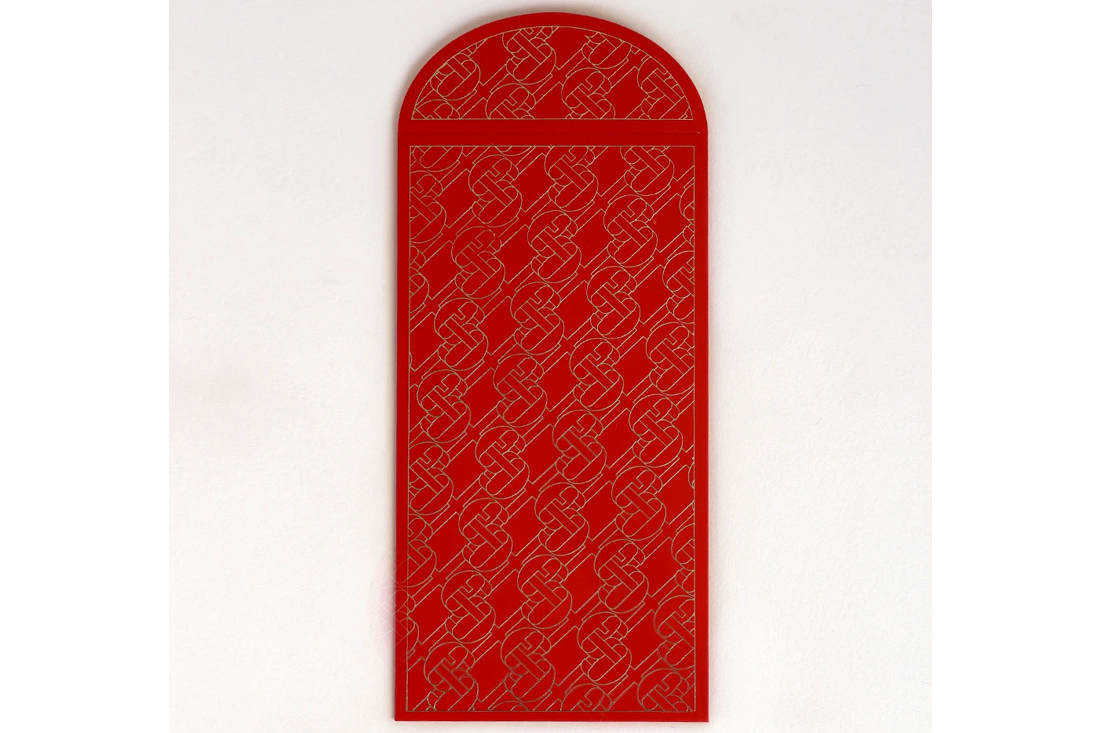 To make a statement, sometimes less is truly more. But we don’t mean the contents of the ang bao, but rather the design of the red packet. When you have something as timeless as this, you can use it every year without fail and nobody is going to fault you for it. Each limited edition set comes in a pack of 10 for S$10. Get them at Earnest. 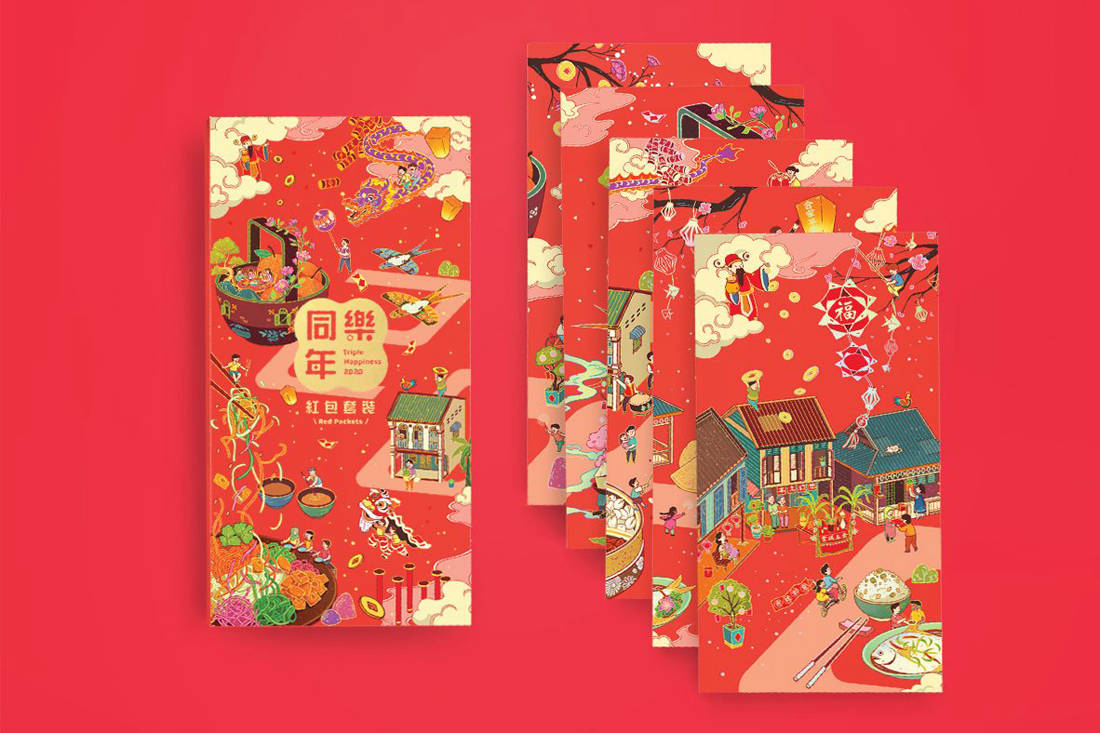 The Triple Happiness red envelope set by Loka Made truly captures the essence of Chinese New Year. Traditional culture is celebrated and given a little twist through a mix of fantasy in this quirky series. Each set comes in 10 pieces and five different designs for S$15. Our favourite is the one depicting prosperity toss where little kids can be seen playfully hanging onto the chopsticks. Get them at Naiise. 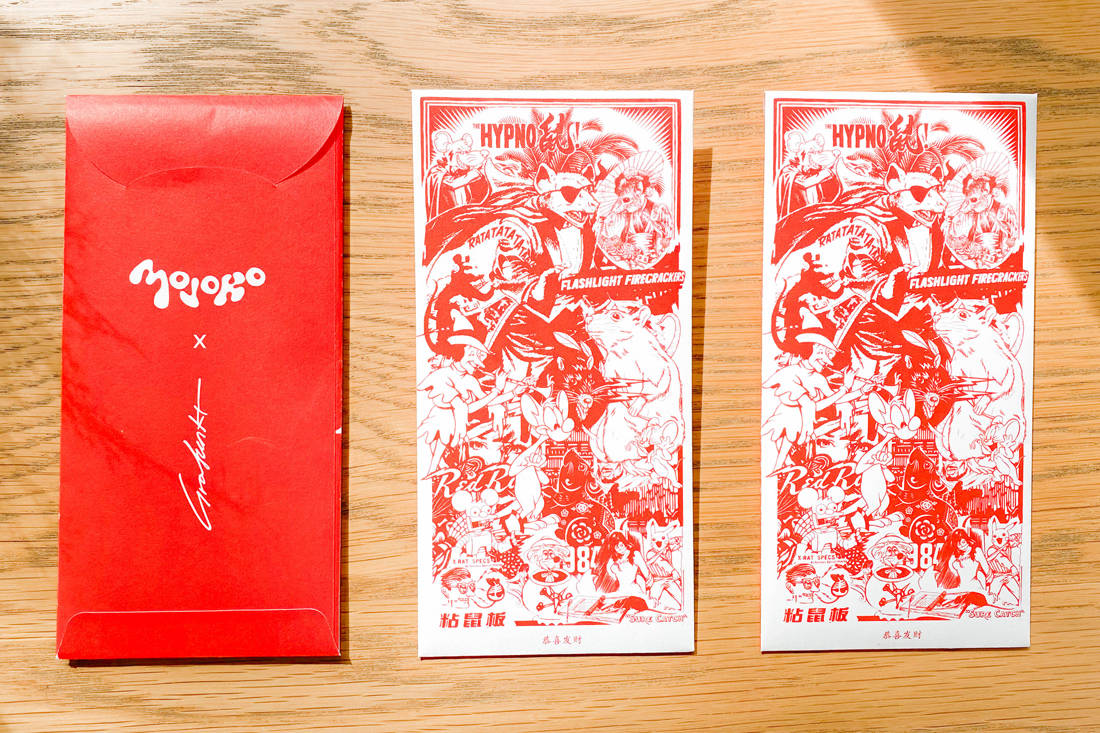 Bring out the rebel in you with this bold red packet designed by Mojoko, aka Steve Lawler for Grafunkt. The custom ang bao features iconic rat characters taken from pop culture references across all ages, connecting generations – true to the CNY spirit. Each limited edition set comes in a pack of eight for S$16. 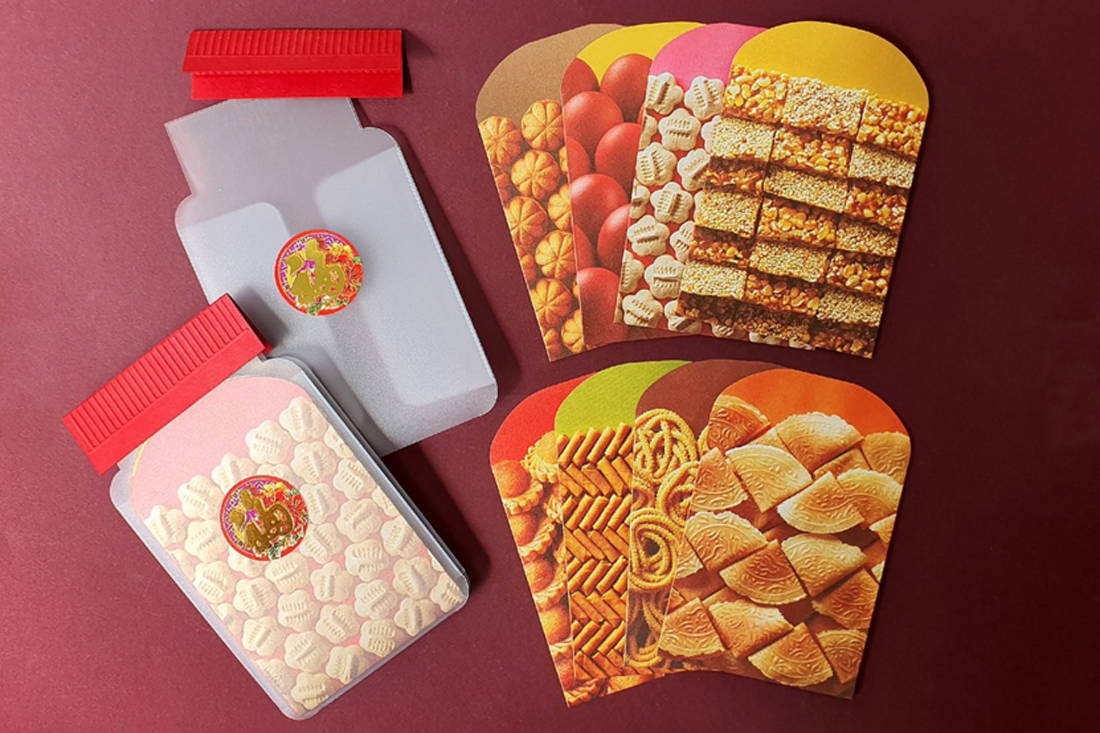 What could be a more prosperous combination than food and red packets. This quirky red packet series comprises eight popular local festive Chinese New Year snacks that transcend all races and culture. Each set of red packet is creatively ‘contained’ in a ubiquitous traditional red cover cookie jar and has the key ingredient featured on the inner side of the red packet. Get them here for S$8.80. 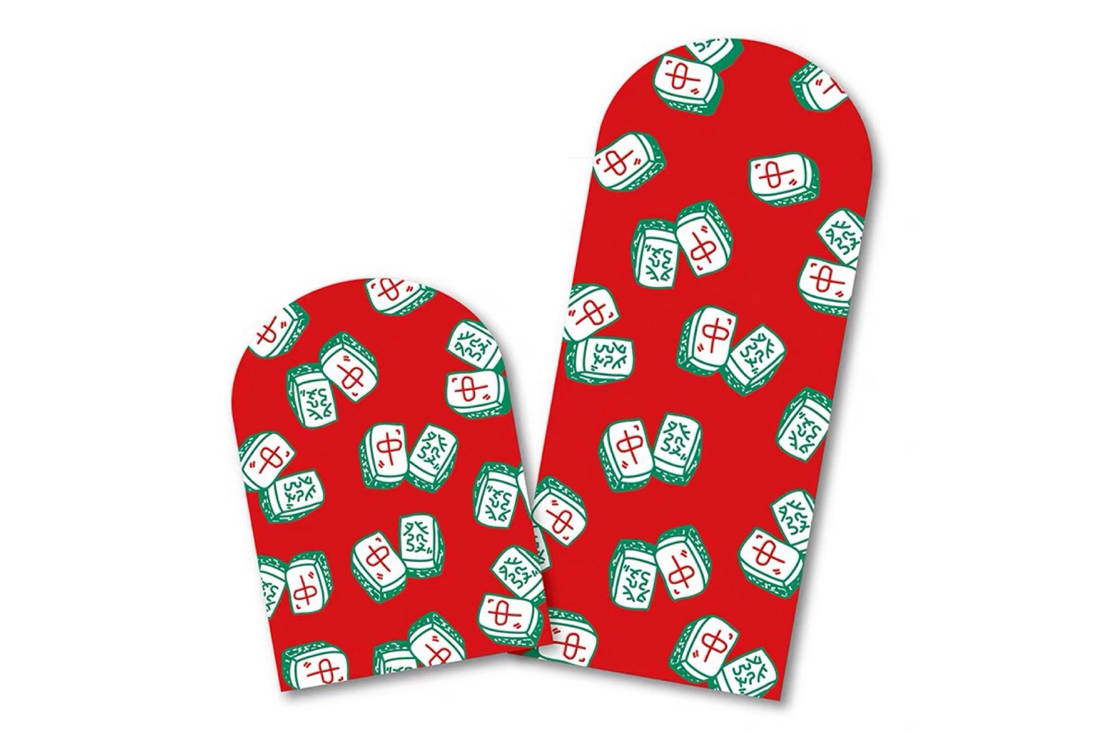 Nowadays, the most common CNY games played by millennials are poker and Black Jack. But the ah mas (grandmothers) and aunties will rally their relatives to play a game of mahjong. The clacking of mahjong tiles is a common sound and sight of Chinese New Year and what better way to commemorate it than to put it on a red packet. Each set comes in a pack of 10 for S$3.80. Get it here. 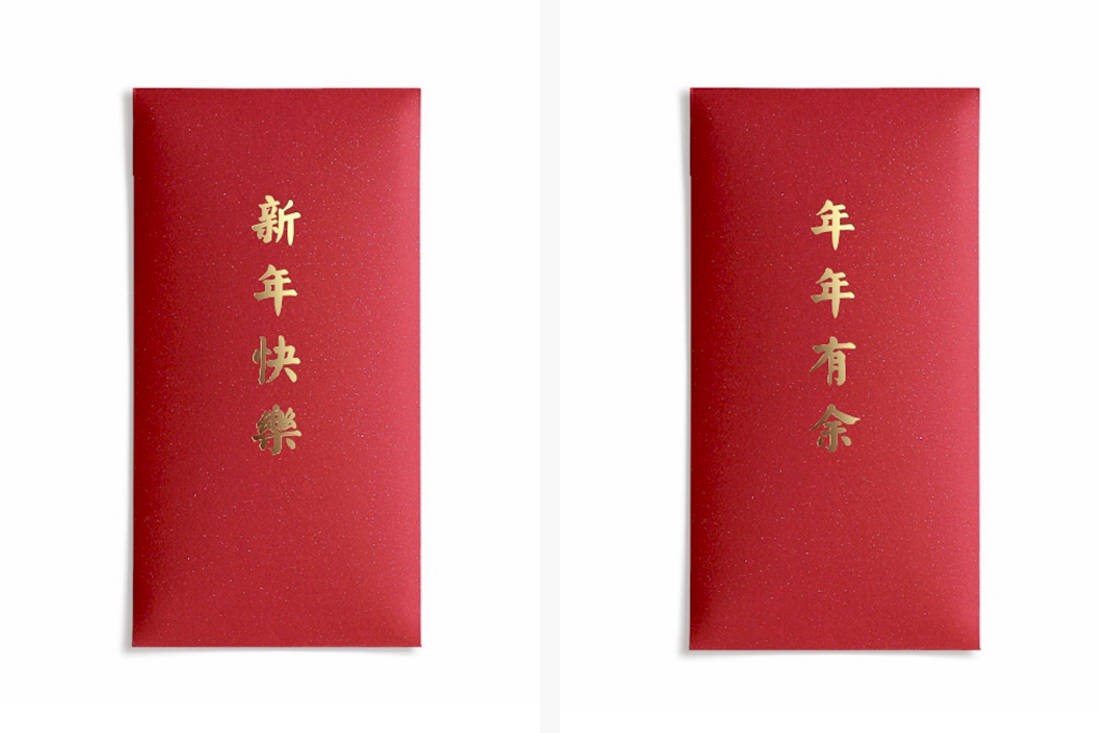 There’s something beautiful in the sophisticated art form of Chinese calligraphy and it has been delightfully captured on this red packet devoid of unnecessary embellishments, making it truly stunning. Get it here. 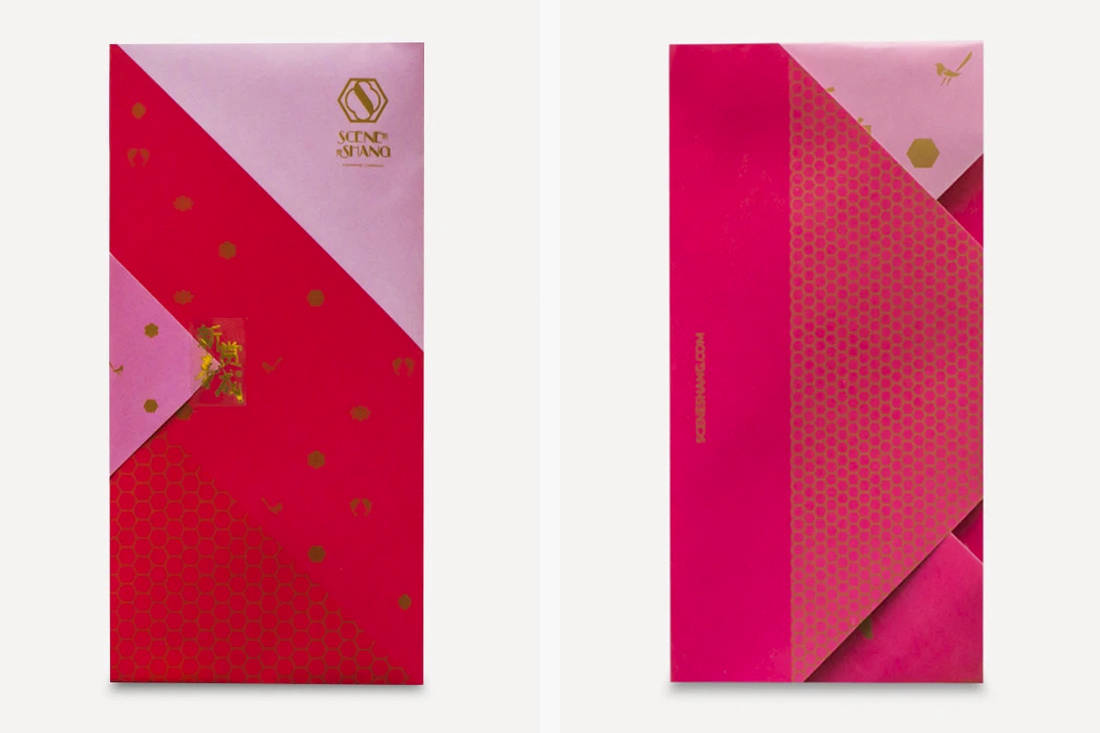 They say you’ve got to earn your keep. Likewise, the receiver will have to figure out how to open this origami red packet by Scene Shang, which is pretty easily actually. Inspired by origami, this red packet folds beautifully, revealing varying patterns on both sides and pose a three-dimensional effect. It comes in a pack of 10 for S$8.80. Get them here.

We think you may also like Chinese New Year 2020: Last minute, zero-stress ways to prep your home